Following The B10 Buck 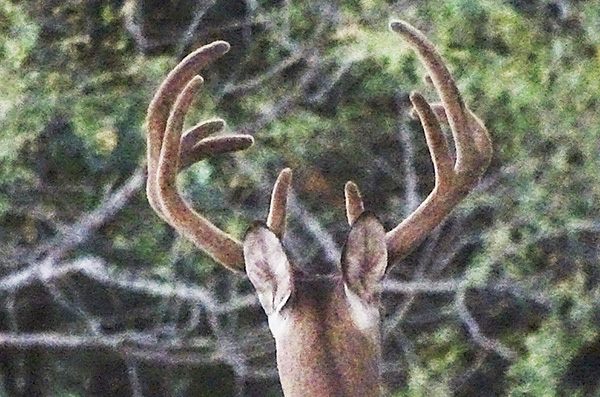 Keeping Up With The B10 Buck.

This year the buck we see in the the first picture below has been hanging out in the vicinity where I planted the small food plot that is generating quite a bit of deer activity. As his rack grew this year he wound up being a nice 10-pointer and I nicknamed him “B10”. He has grown a nice, oval shaped set of antlers. And he has been buddied up with the Cut Ear buck that has the extra kickers.

B10 and Cut Ear have shown up regularly where I’ve been taking the majority of my pictures lately. He’s busy passing time attending to a number of mature buck callings. Currently B10’s main purpose is to be sure he is seen by all the does in the area as well as every  singly buck, young or old. He spends much of his time showing off what he’s got in 2016; his new set of antlers and larger body size. He also puts his new attitude on display, and we’ll get to pictures of that in a minute. Below we see him observing the area and and I get a rear view picture. He is sporting a nice looking 10 point set of antlers. 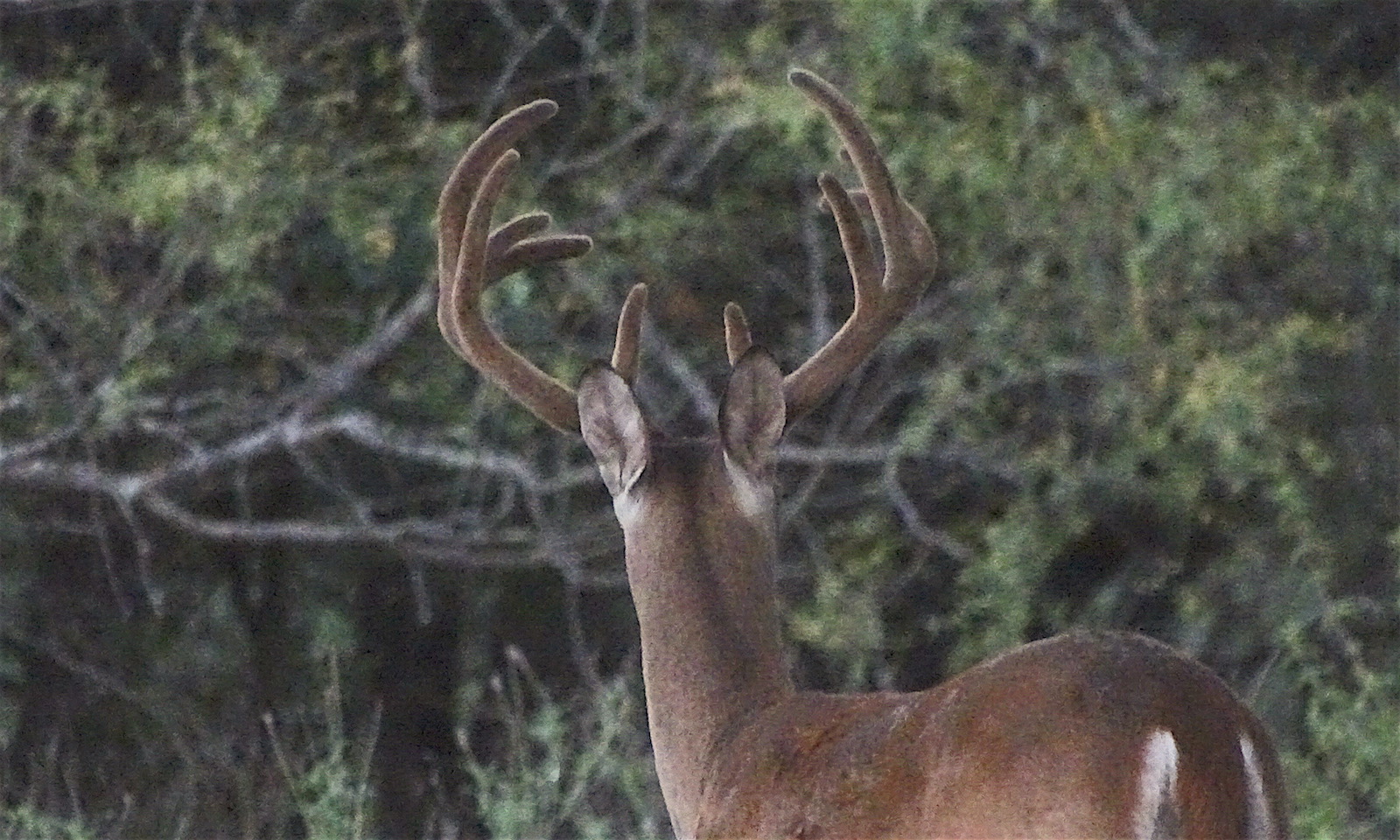 Soon B10 turns around and we see him from the front. His right brow tine is shorter than his left one and that is a good way to ID him. 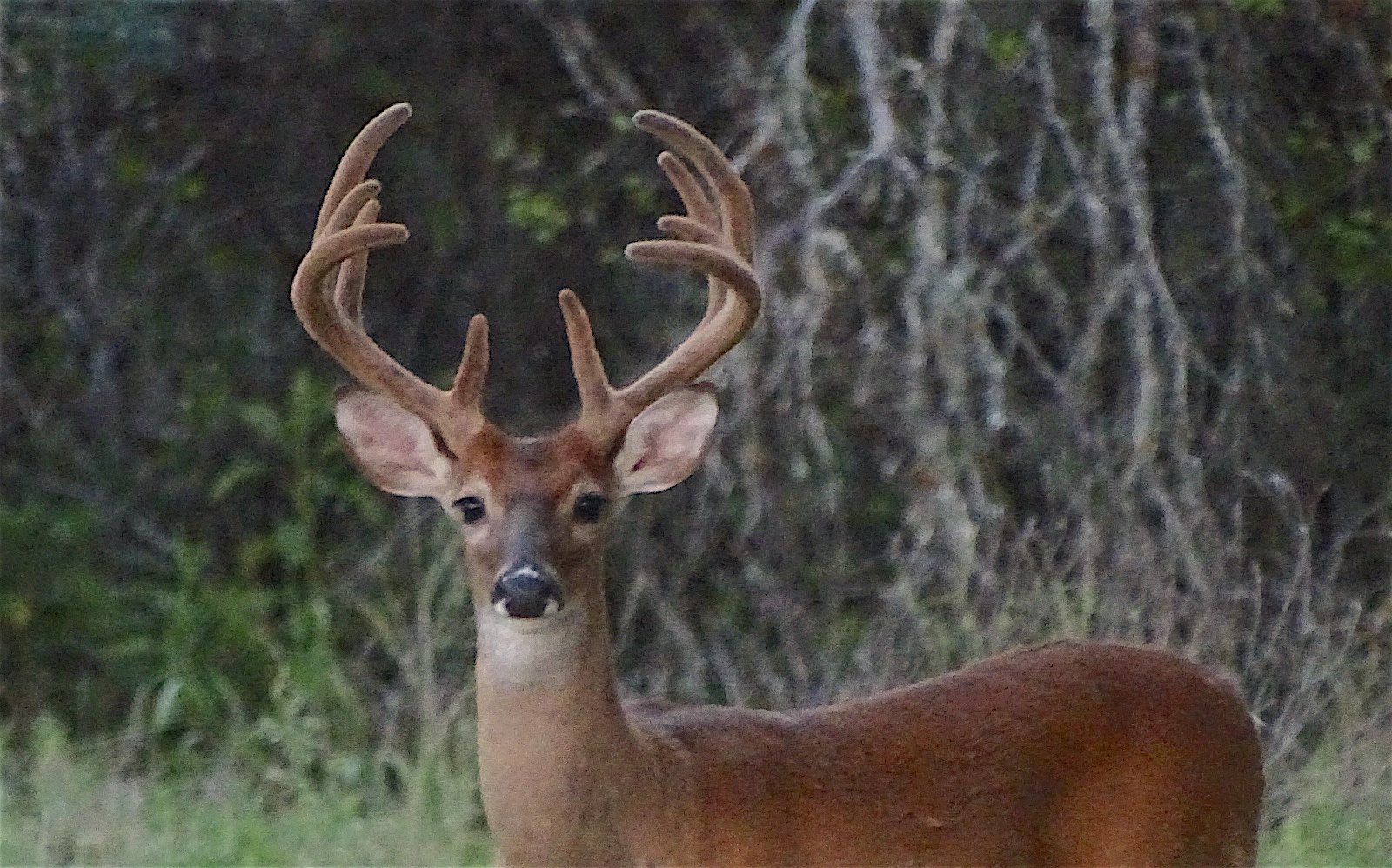 B10 is big on traveling around the immediate and nearby area. Sometimes I see him coming and going 2 or 3 times in the morning. He walks around with his head up, showing his 2016 antlers off for all to see. 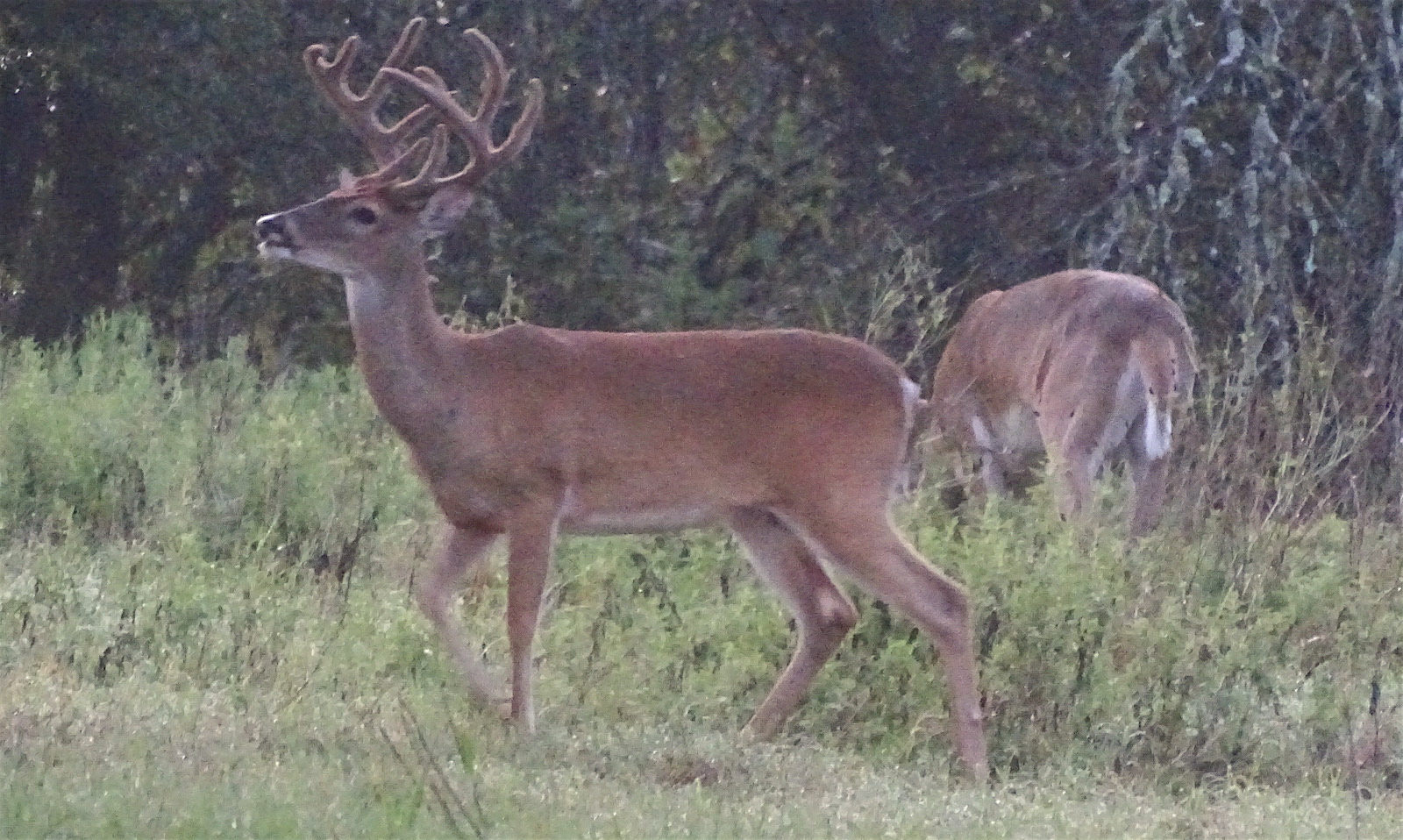 He insures all the bucks that visit the food plot area see him. 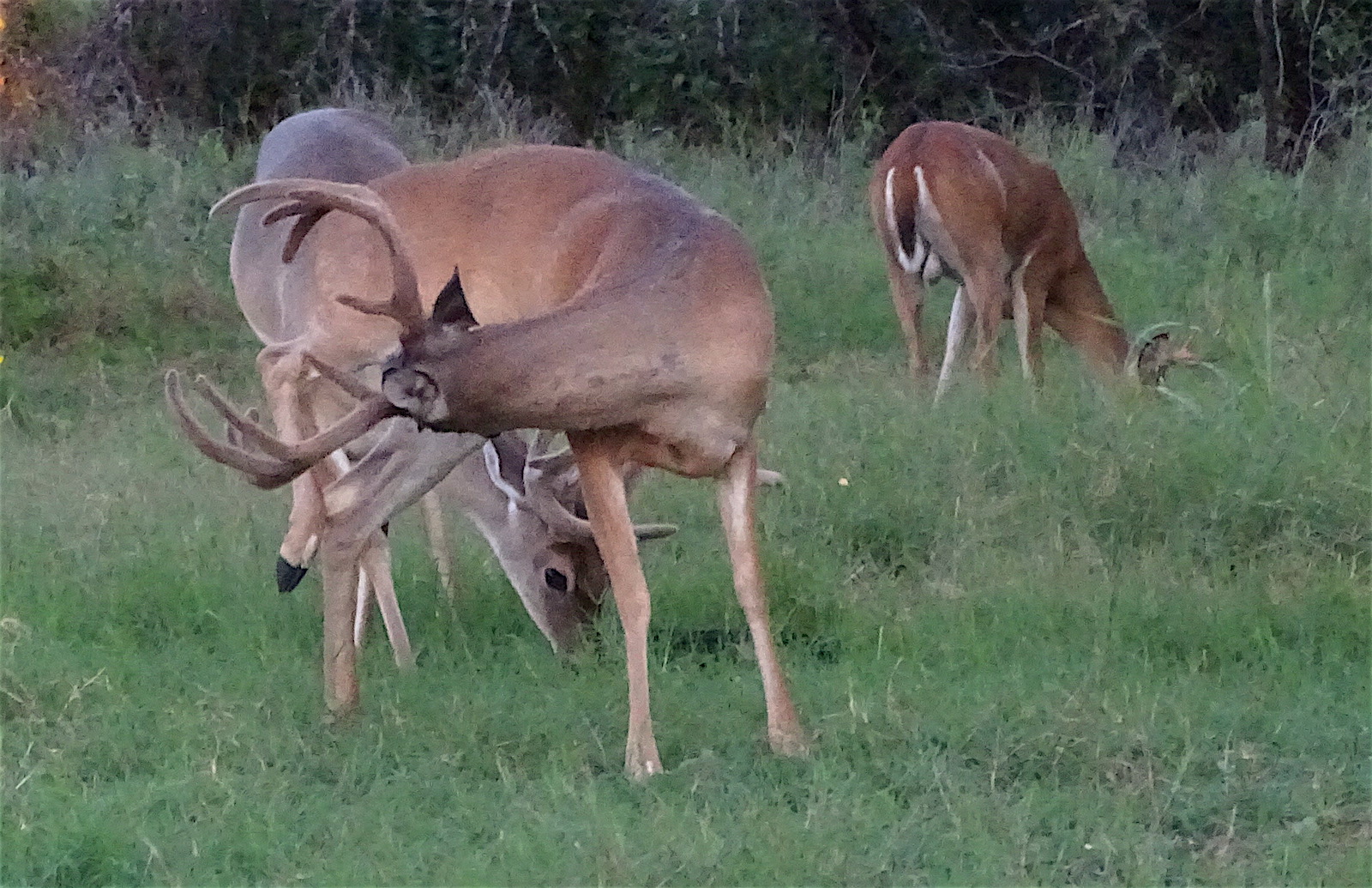 This year I’ve been feeding the deer protein pellets. My friend Jim Mitchell told me that would improve the health of the deer around here. So I gave it a try. And it is definitely a hit. And B10 is a big fan of eating the protein pellets that I dump in black container in the picture below. 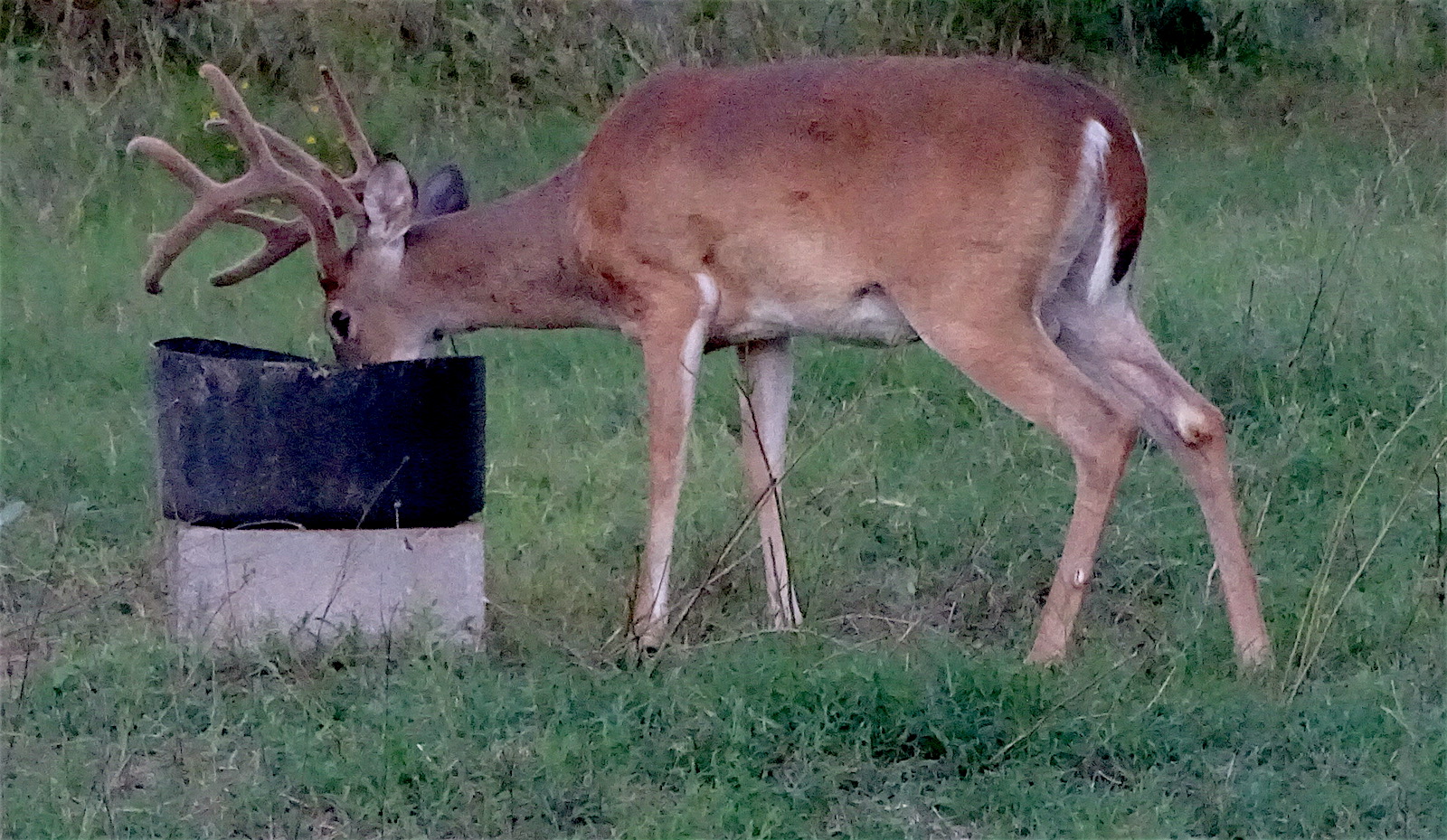 Another nice picture of B10 buck. 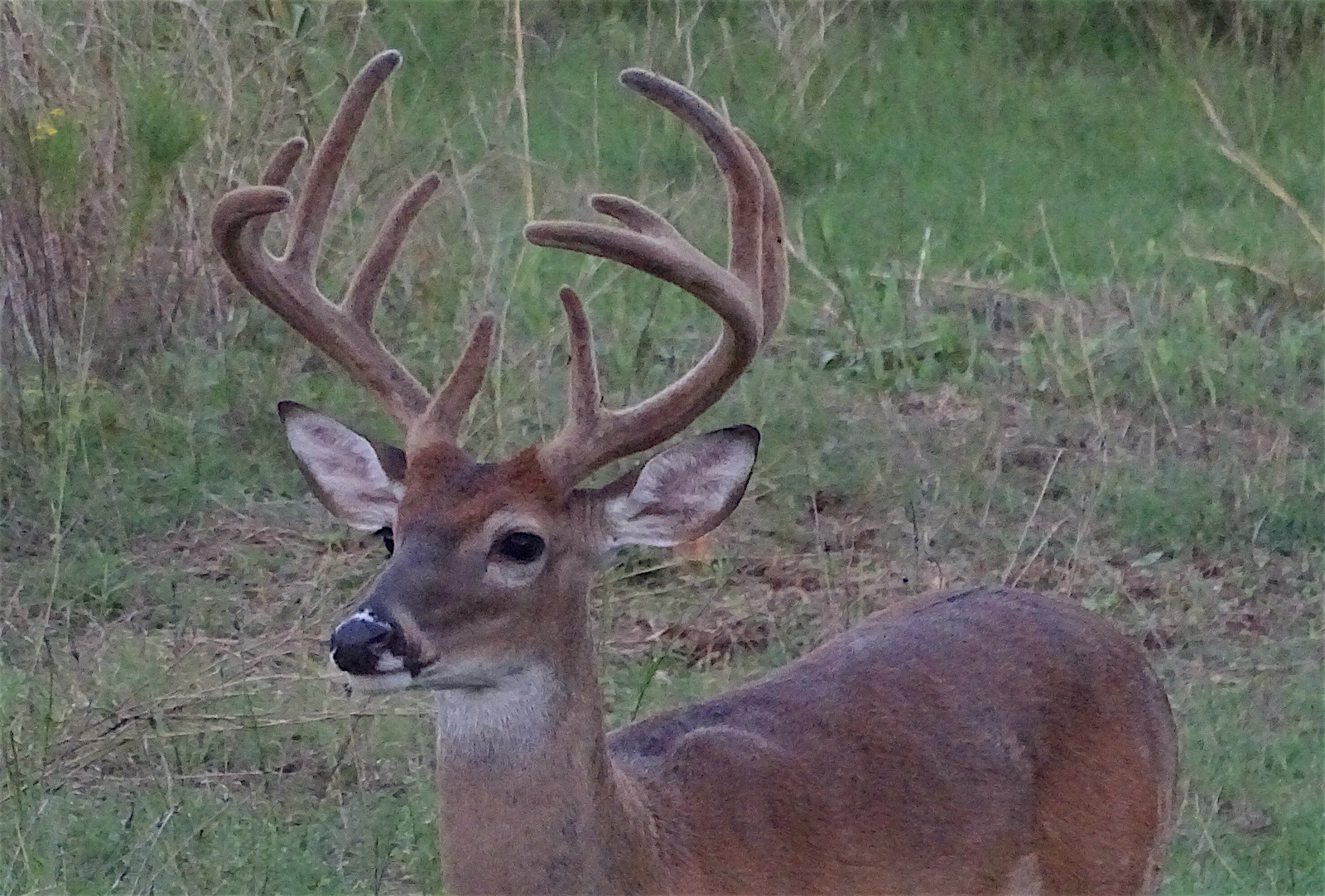 The first buck to shed its velvet was this forky. He is already urinated on his hocks, turning them darker. He was with a buddy buck that was the mirror image of him while they both were in velvet. But now that his velvet is off he struts around boldly and doesn’t have anything to do with his former buddy. 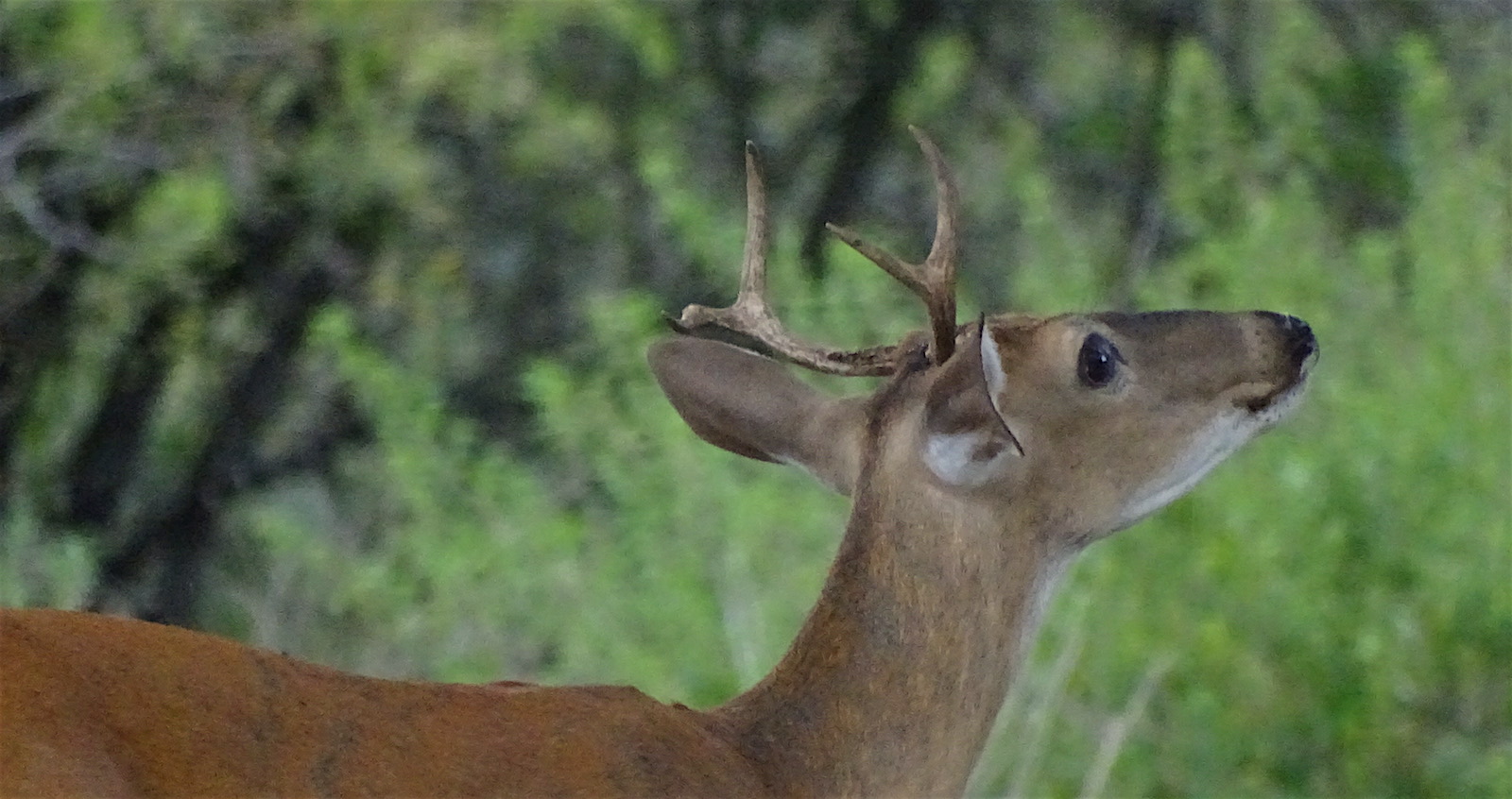 One afternoon when the sun was low and still extremely bright B10 saw the forky with hard antlers and pushed his ears back and walked straight to him. 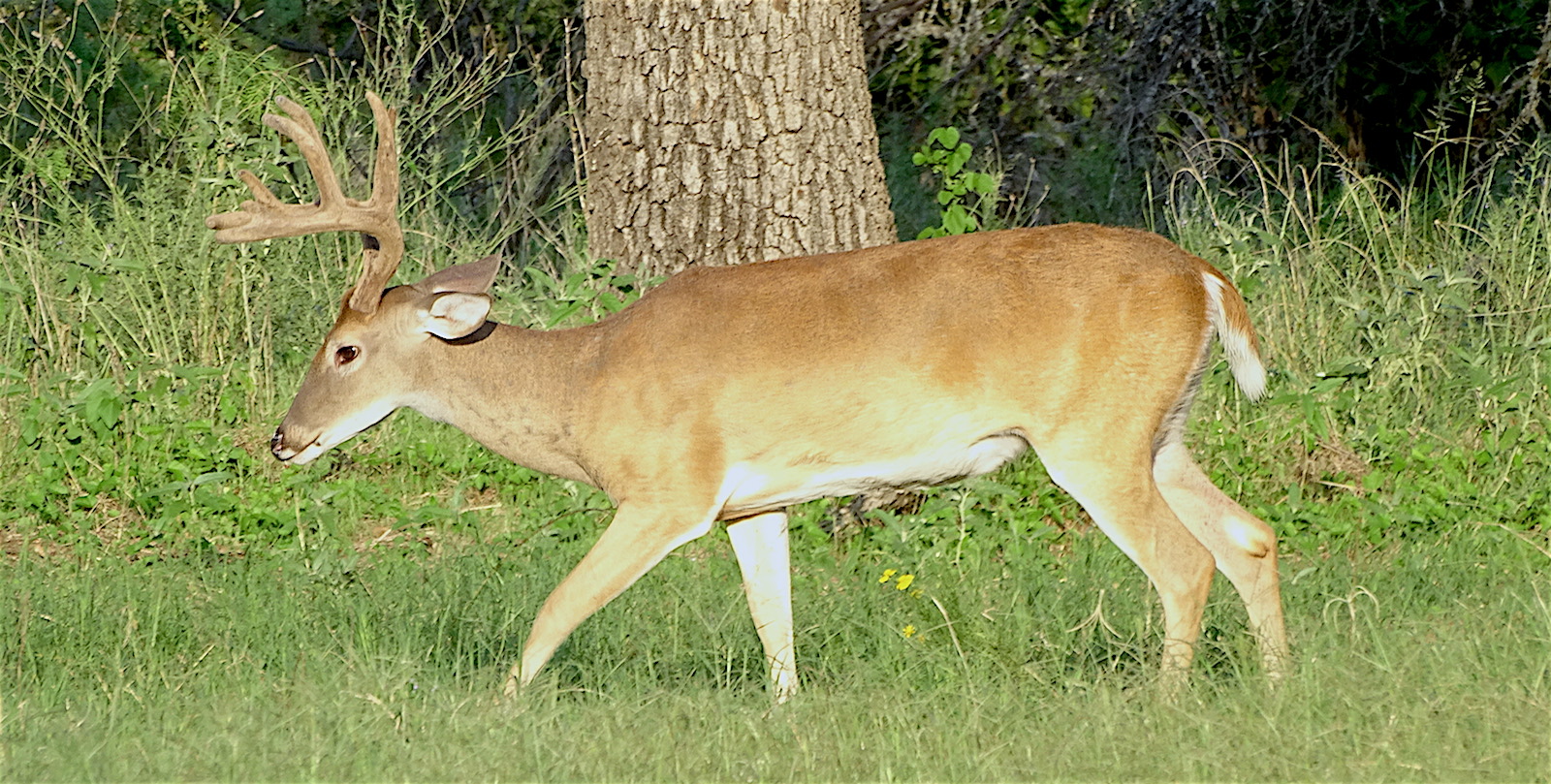 Here, you can clearly see the size difference between the two bucks. Plus there is an attitude difference. The forky drops his head in submission.

Looking through my pictures I saw some from the woods to the north as well as the gulch area. I’m working on them and intend to have them up tomorrow. 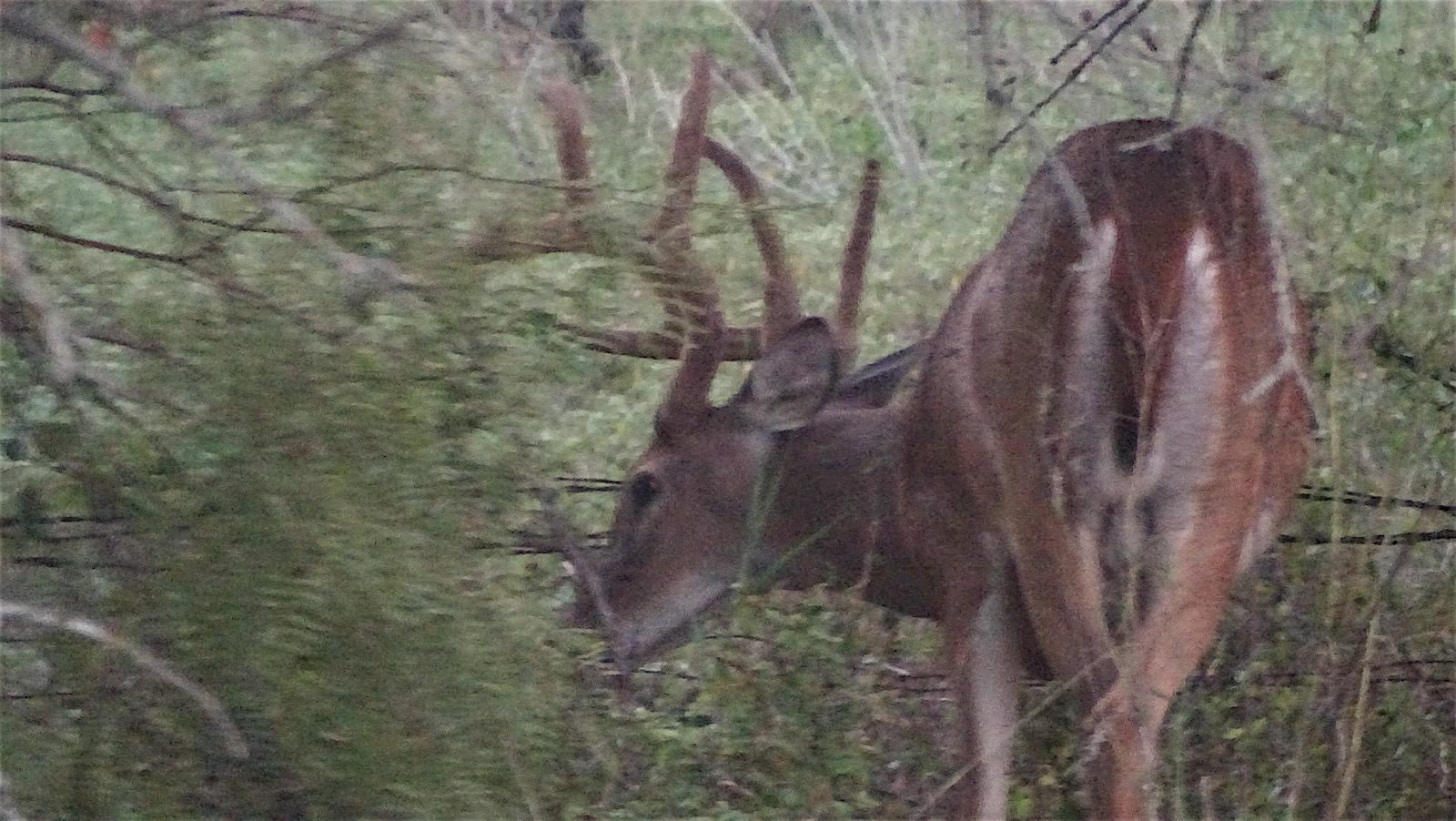 More B10 photos and My Comments coming.