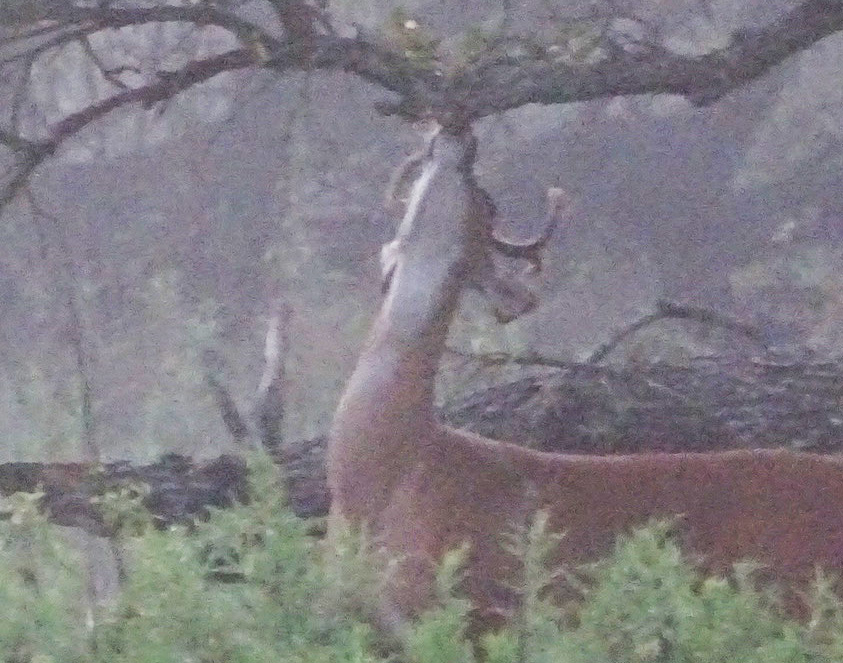 I returned to the ground blind near the Last Barn. To get into the area before the deer I went out there 45 minutes before I could see anything. The pre-dawn morning was surprisingly foggy and staring into the low-visibility of the vicinity made time passe very slowly as I waited for some trace of light. I heard a few deer pass by but could not see them.
But, morning comes every morning and ultimately my opaque surroundings let in a small bit of daylight. Very soon after I noticed the movement of a deer walking into my view. When he was directly in front of me and only 10 yards from the bind he paused and looked around.
When I had seen him coming in my direction I raised my camera’s viewfinder to my eye and adjusted the settings. There was definitely more natural light then it seemed like because I could see the deer, more vaguely than I liked but, it is what it i.s, I made sure the camera’s flash setting was turned off, it startles a deer at 40 yards and it would almost certainly put it on high alert at only 10 yards.

As I centered the deer up in the viewfinder I saw that it was a young buck. I took its picture.. 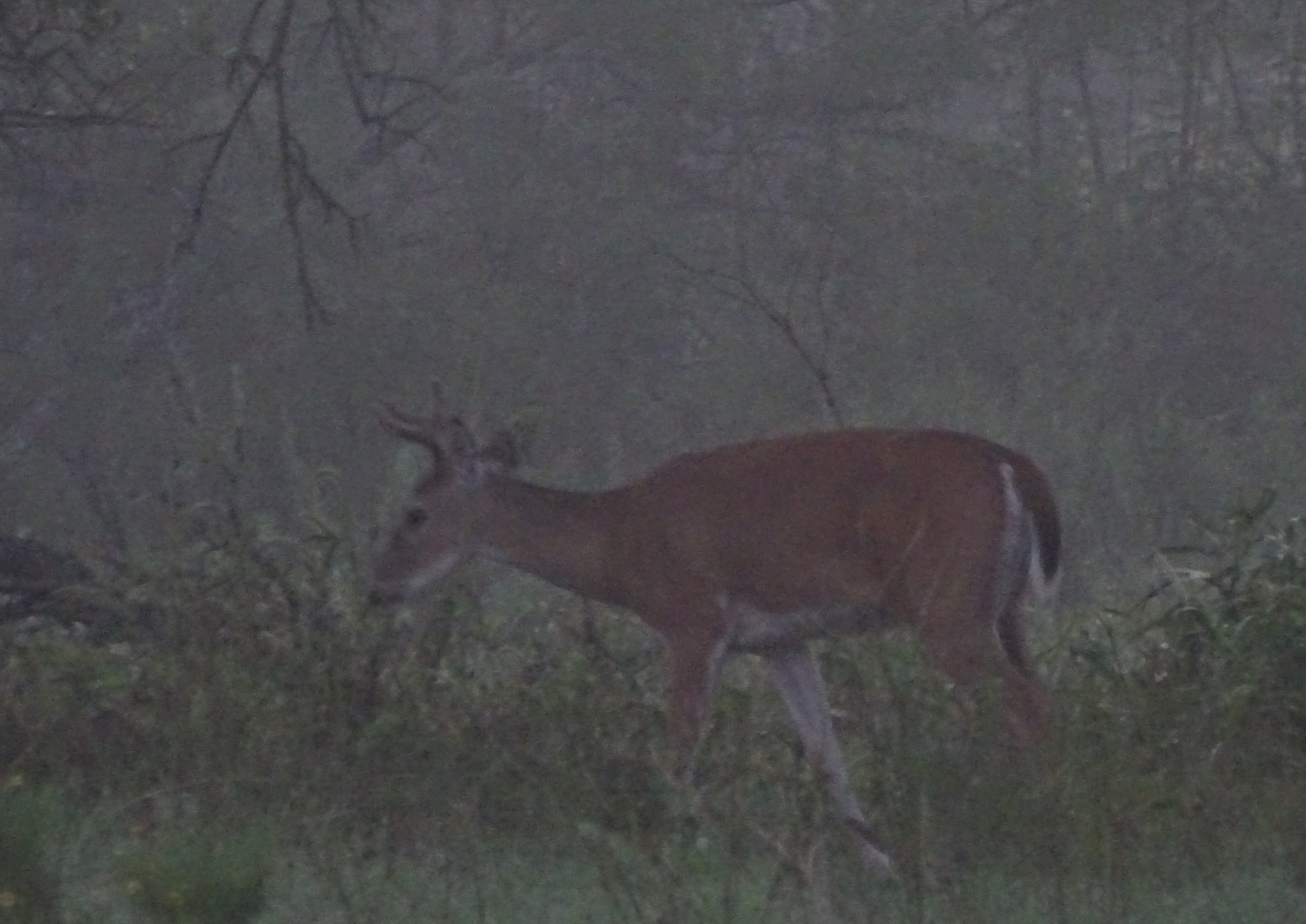 Right afterward the buck went up on its hind legs and grabbed a mouthful of tree branches and wrestled them around vigorously. 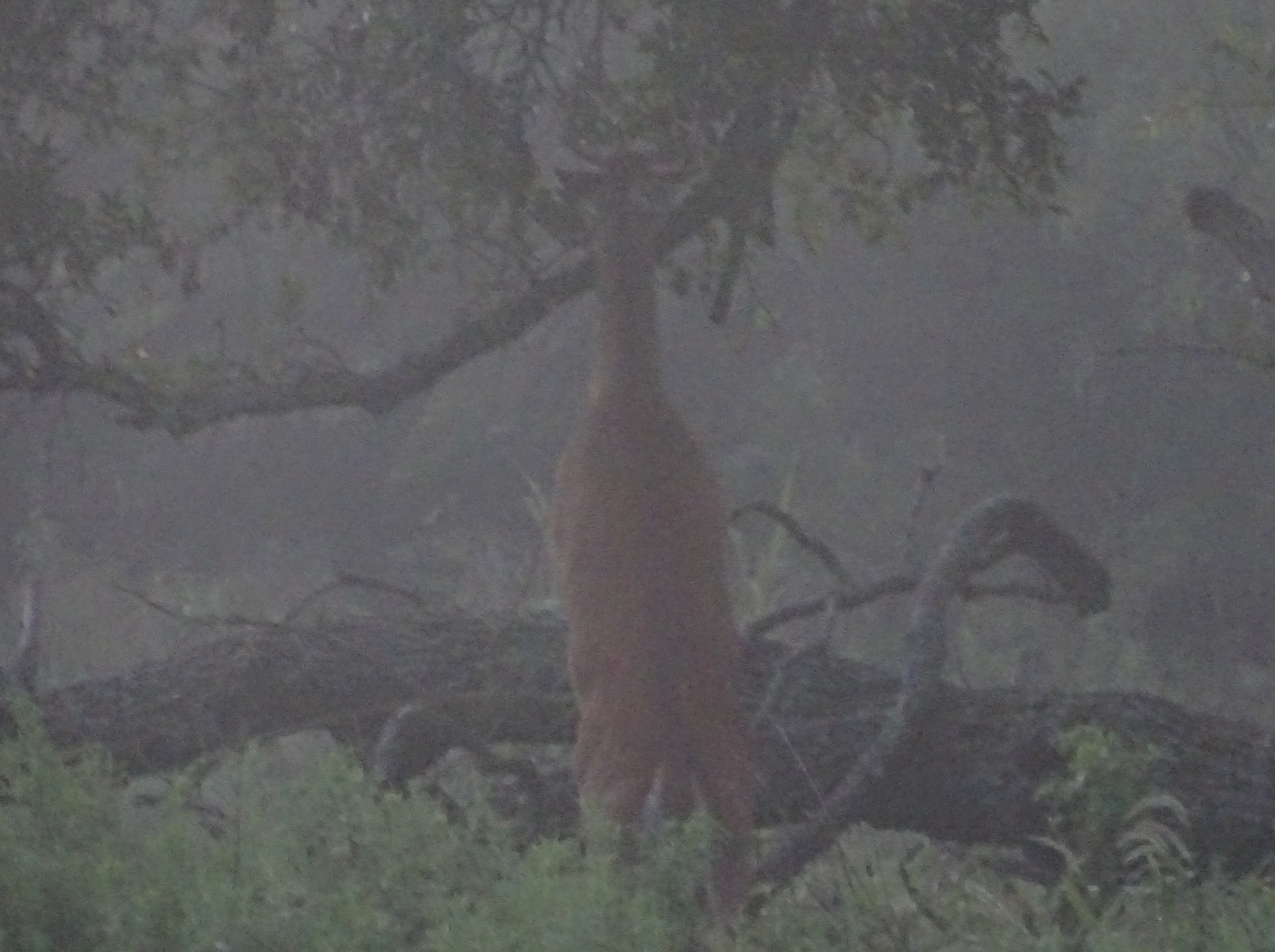 Apparently pleased with his attack on the overhanging limbs he dropped down on all fours and casually looked around the area. 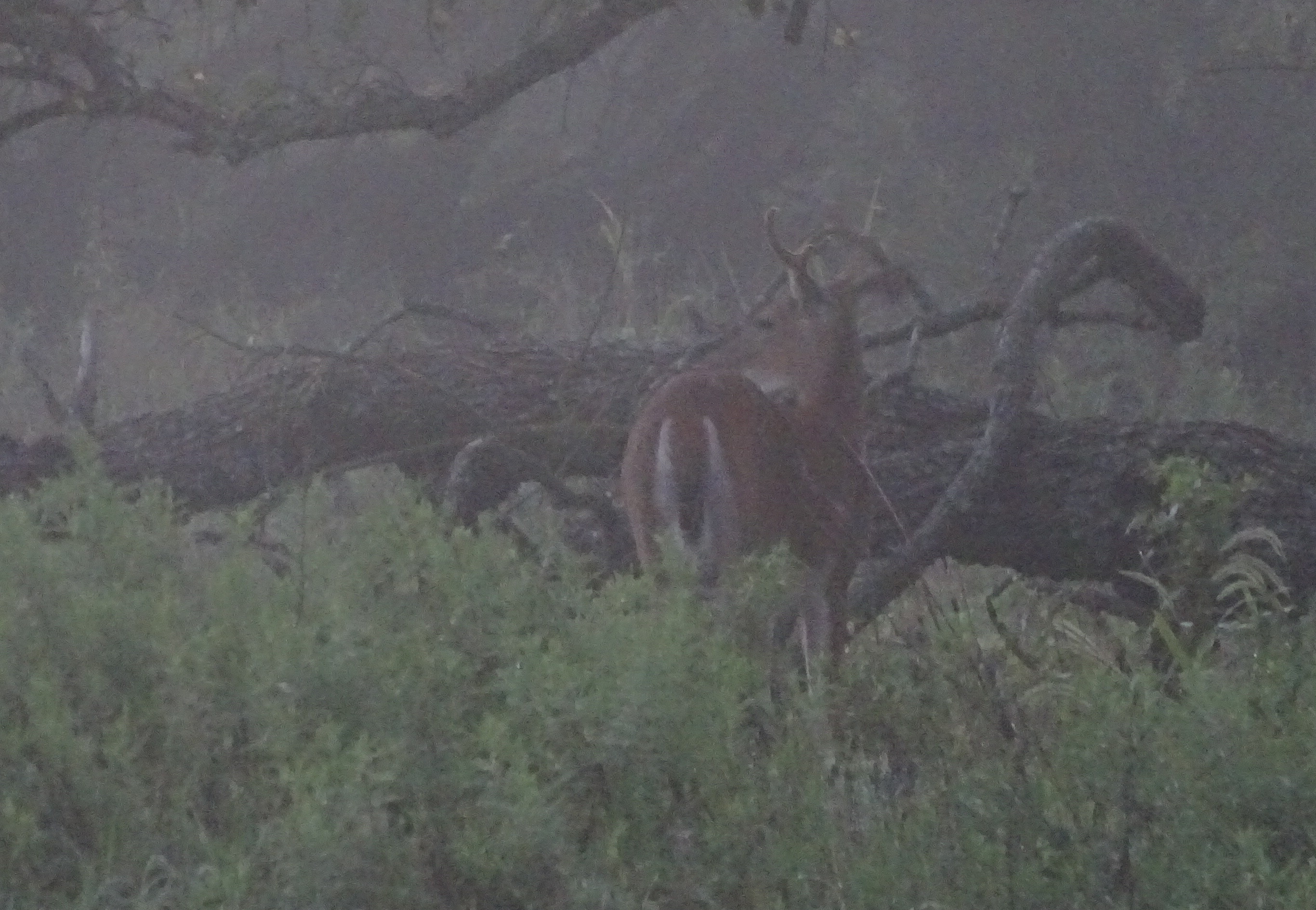 Then he turned his attention back to the limb above his head. 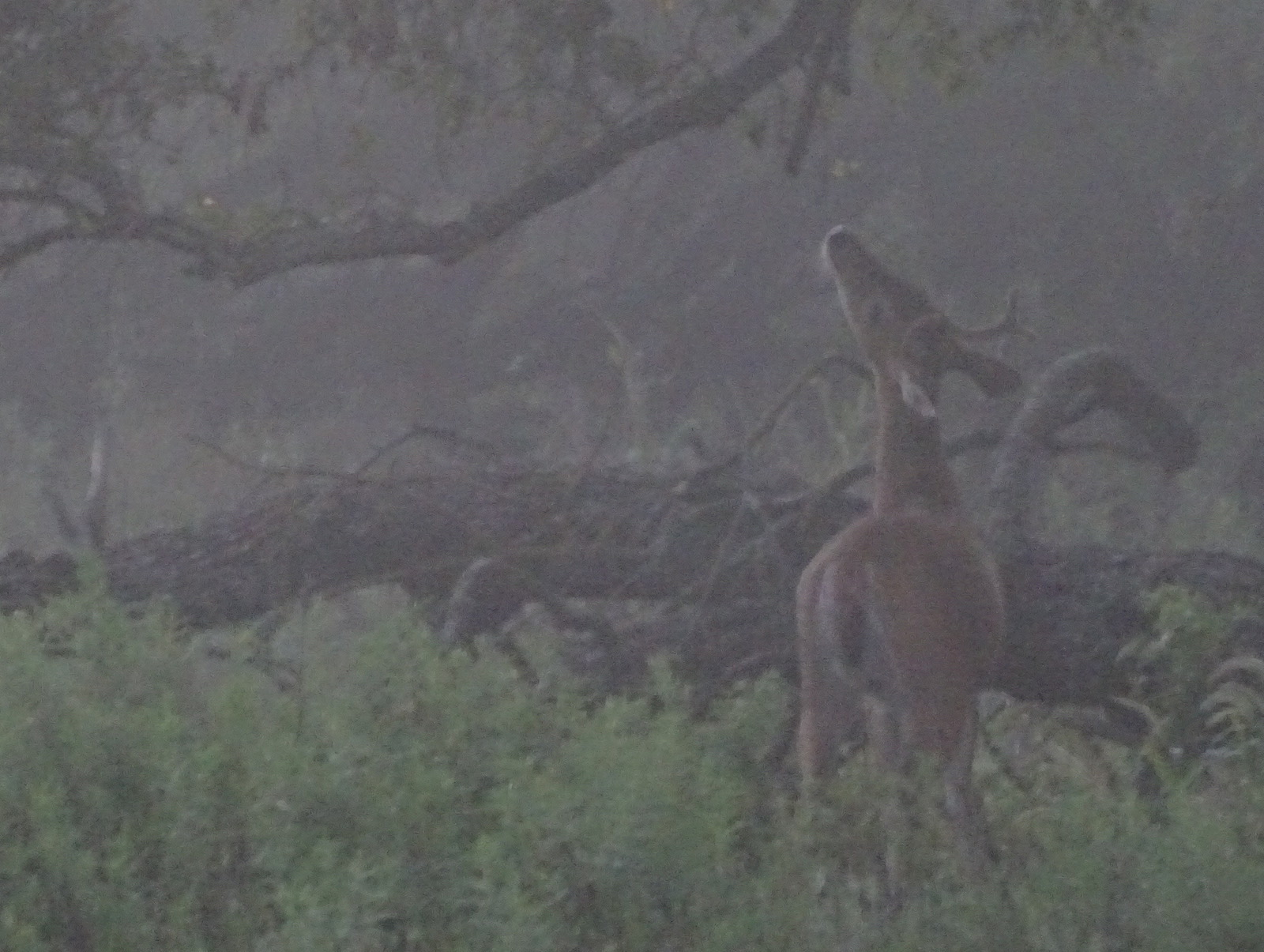 He selected a place on the limb two steps further and seized it in his mouth and then yanked the whole limb around. 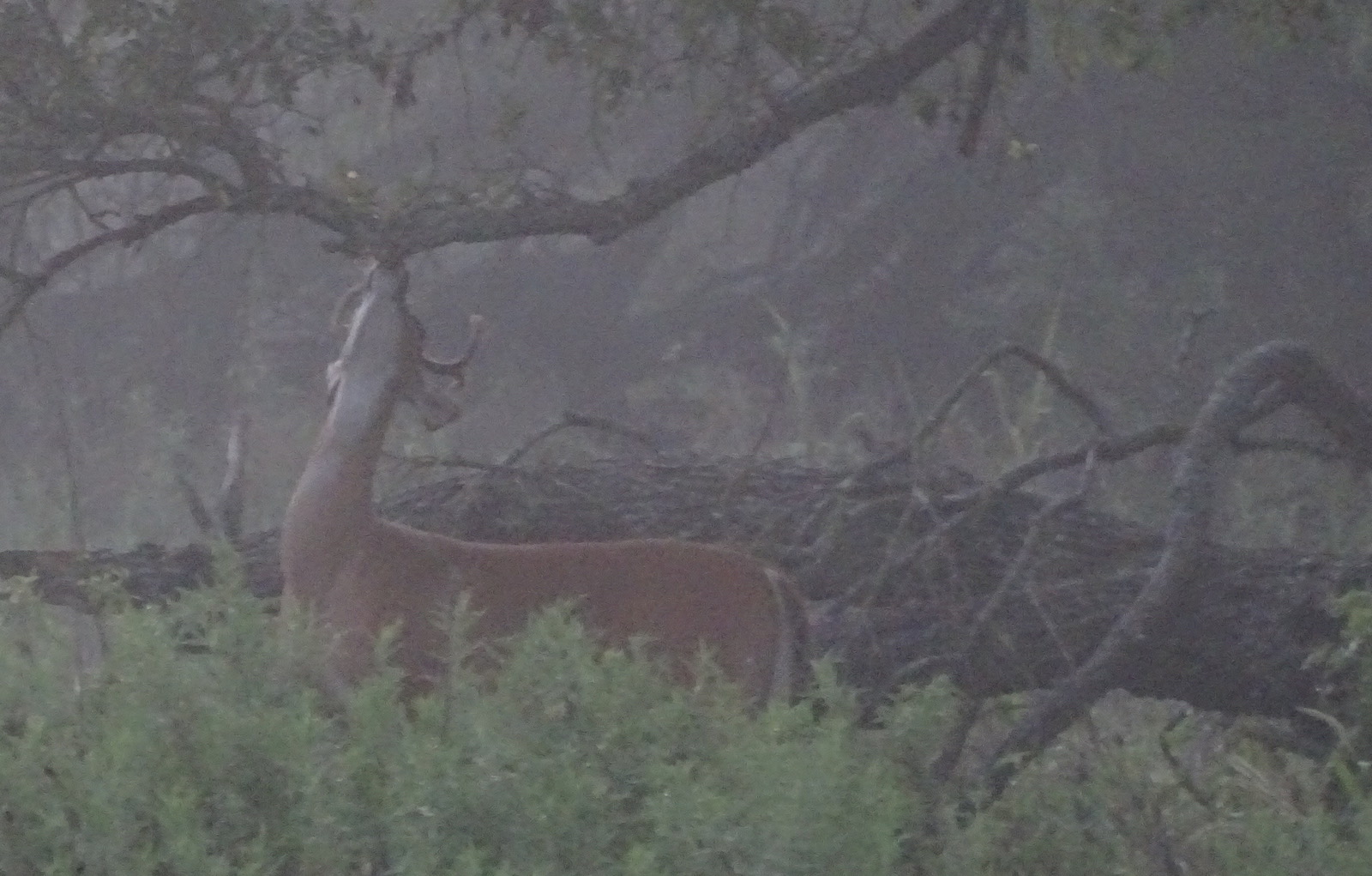 He made quite a bit of noise pulling and shoving on the limb. Then he dropped to all fours again and looked around. 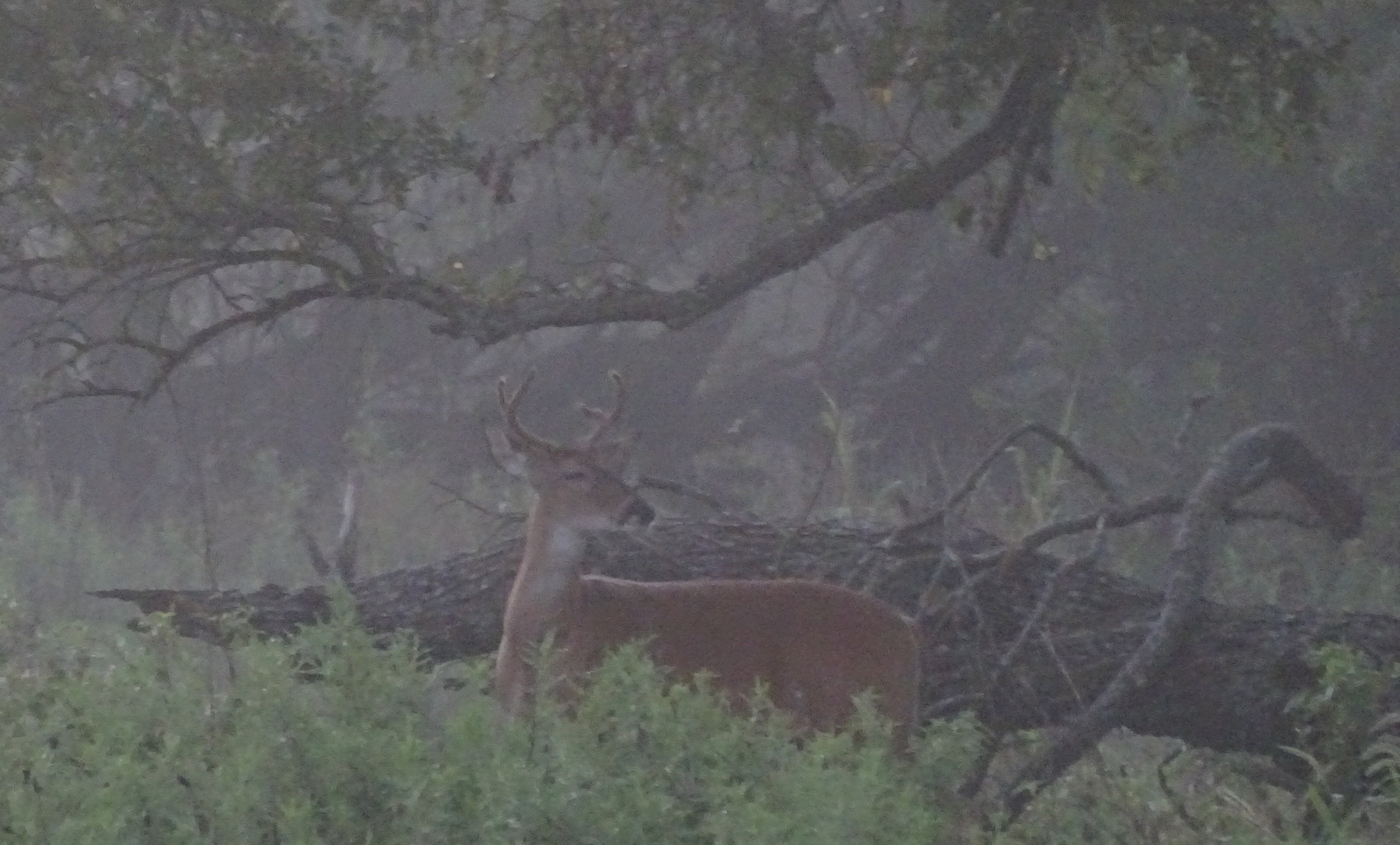 He repeated his limb assaults twice more and then walked away into the woods. Over the next hour I saw 6 does and two mature bucks with nice racks. They were in the trees and 60 to 80 yards to the north.

Today’s Take Away: less than a week after he lost his velvet this young  buck is out and about and doing instinctive buck pre-rut activity. Nice.