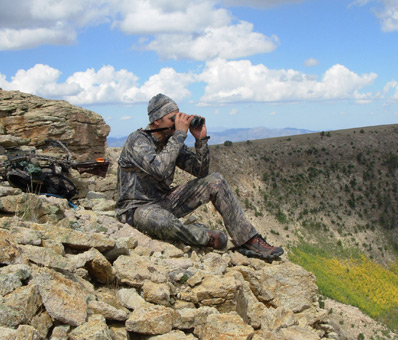 The morning was slow, with not many deer in sight, other than a few small bucks and does. I decided to do a big loop around the forested area I had just still-hunted, hoping to skirt new country and several open pine meadows.

I moved cautiously again…two or three steps at a time, and then picked apart the surrounding foliage for a twitch of an ear, antler, or the outline of a deer’s back leg or rump. I call this “turtle mode,” and hunting this way is the most mentally exhausting method I know of. However, it works surprisingly well in wooded habitat that’s quiet enough to step through using soft-soled boots and rustle-free camo.

This was day seven of my solo Colorado mule deer hunt, and I was giving it my all. The hunting unit I had drawn a tag for was rather plateau like with few canyons or ridges. It was not spot-and-stalk country. Consequently, the only effective way to hunt the area was to sit water or still-hunt. I chose the latter. However, after this many days, this tactic was beginning to wear me down. Tomorrow would be my last and final day to hunt.

Suddenly, as I entered the edge of a big clearing, I caught sight of four nice bucks on the move. They were slightly out of range, so I got low and began to crawl, clinging to every old tree-stump in my path, as I advanced quickly on the unsuspecting deer.

I surprised myself with how close I got, and how fast. I was now in solid shooting range. However, the deer began to file into a dense oak thicket, one by one, where my chances of stalking them would be terrible. For this reason, I knew it was now or never. By the time I hit full draw, the only buck in the open was the last one in line. He stopped briefly and, without hesitation, I let ‘er fly.

At the shot, the deer jumped, as I caught a faint glimpse of the arrow striking his side. Only downside was that the shot was a little far back. He streaked into the brush and disappeared. Based on years of bowhunting experience, I knew the hit was marginal and in the paunch…a potential problem. 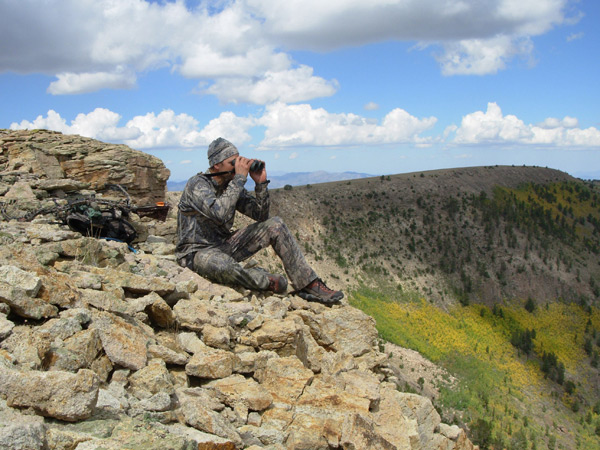 I stayed put, waited 30 minutes, and then went to recover my arrow. The greenish-stomach matter on the shaft told the tale, and I knew I was in for a long recovery process.

When most folks think of ethical bowhunting, they often think of things like good sportsmanship and following all the game laws, and not much more than that. But, I beg to differ. There’s a whole lot more to ethical bowhunting than this.

To my way of thinking, ethical, fair-chase bowhunting encompasses everything about the entire archery-hunting experience. First and foremost, it entails your attitude about the adventure. Are you in it just to fill your tag, or do you look forward to engaging in wildlife and outsmarting your pray? Do you get angry when you see other hunters in your immediate hunting spot, or do you see fellow bow-benders as only companions of the sport?

Fred Bear, one of my greatest bowhunting heroes, once wrote: “A downed animal is most certainly the object of a hunting trip, but it becomes an anticlimax when compared to the many other pleasures of the hunt.”

Aldo Leopold, another noteworthy wildlife hero of mine, also said, “What was big was not the antlers, but the chance. What was full was not the meat pole, but the memory of the hunt.”

I believe these words to be true and often use them to check my mindset during a hunt. They keep me centered on what bowhunting is really all about.

Beyond a good attitude for the hunt, I believe equipping yourself with the necessary knowledge to not only be successful but ethical as well is another critical step.

For example, do you know what an ethical shot looks like? If not, you better study a deer’s anatomy inside and out.

What about proficiency with your weapon? Do you shoot your bow regularly, as in months before a hunt? Do you use nothing but super-sharp broadheads? And, most importantly, do you know how to follow up on arrow-hit game? Hopefully you answered yes to all these. If not, you could be treading into unethical territory. Remember, fair-chase bowhunting means you are a student of the sport, and a good student is hard-working, disciplined and very knowledgeable.

In regards to trailing game, if you are a beginning bowhunter and know very little about blood-trailing and tracking, then you better have access to someone that does and who can help during your hunt. If not, you’re certainly stepping on unethical ground, in my opinion, and a deer you strike with an arrow could end up dying, but unrecovered, because of your lack of knowledge. That’s not right. A lost deer is a complete waste, for the hunter and for the wildlife manager. As a fair-chase bowhunter, it’s your obligation to learn as much as you can about game-recovery techniques.

Generally speaking, exercising patience is the number-one rule in recovering arrow-hit animals, especially when the broadhead strikes the animal in the paunch area. After nearly three decades of tracking bow-shot game, I believe eight hours is the minimum wait time for this kind of shot. Infection simply takes time to kill or to greatly weaken the animal…to where you can ease in and make a finishing shot. Years ago, I wrote an article titled, “Expert Blood Trailing,” which I think is a good source on the subject. You can find it online at Realtree.com, or by clicking on this link: www.realtree.com/bowhunting/articles/expert-blood-trailing.

If you get impatient and push the animal, by pursuing the blood trail too early, chances are you’ll lose the animal for good. An adrenaline-filled critter, hit marginally, can run for miles when it knows it’s being pursued. When in doubt always err on the side of waiting…and then wait a little bit more. This seems to be wisest advice I can offer.

That’s exactly what I decided to do after examining my arrow, covered with slimy stomach substance. As much as I dreaded to do it, I decided to drive back to camp, eat lunch, and wait until evening to begin tracking the deer. Leaving was the best way to avoid getting antsy and poking around the area looking for blood, causing more disturbance.

Later that afternoon, eager and ready, I was back on the scene, following the blood. One tiny speck after another led me down through a pine thicket and into a ravine. Many times I had to stop, crawl, and sift out the tiniest flakes of blood, marking them with orange flagging tape. Doing this usually leads you to big changes in how the animal is traveling, so you don’t end up on a wild goose chase, while potentially stomping out precious blood and track evidence in the process.

I had gone about 400 yards at this point, and the blood was beginning to disappear. I noticed a hoof print in the dirt, then another. This took me another 50 yards or so. But, fortunately, this brought me to another speck of blood. There’s no doubt, there’s a whole lot of art to this craft, and the more you do it, the better you get at it.

After about 500 yards of tedious blood hounding, I entered a small opening and noticed my buck, bedded. He was alive, but seemingly weak, as he heard me and came to his feet. I nocked an arrow and drew quickly. I sent a finishing arrow through his chest. I couldn’t believe it. Many times during the trailing process I had thought I would lose the deer. It looked grim. But now, I was standing over my prize. Bowhunting can take you to the lowest lows and the highest highs just like that.

This was another reminder that ethical bowhunting isn’t just about doing everything with fairness and honor…but it’s also about never giving up, no matter how tough the conditions may get. Ethical, fair-chase bowhunting demands perseverance and knowledge of hunting tactics….especially when trailing up hit game. The sport we love, and the game we pursue, deserve nothing less but the very best on our part.

This story was previously published in the April 2016 issue of the Ethical Bowhunter, the official E-Newsletter of the Pope and Young Club. To sign up for this free E-newsletter, please go to http://pope-young.org/comm/signup.asp

On A Dark And Foggy Morning...