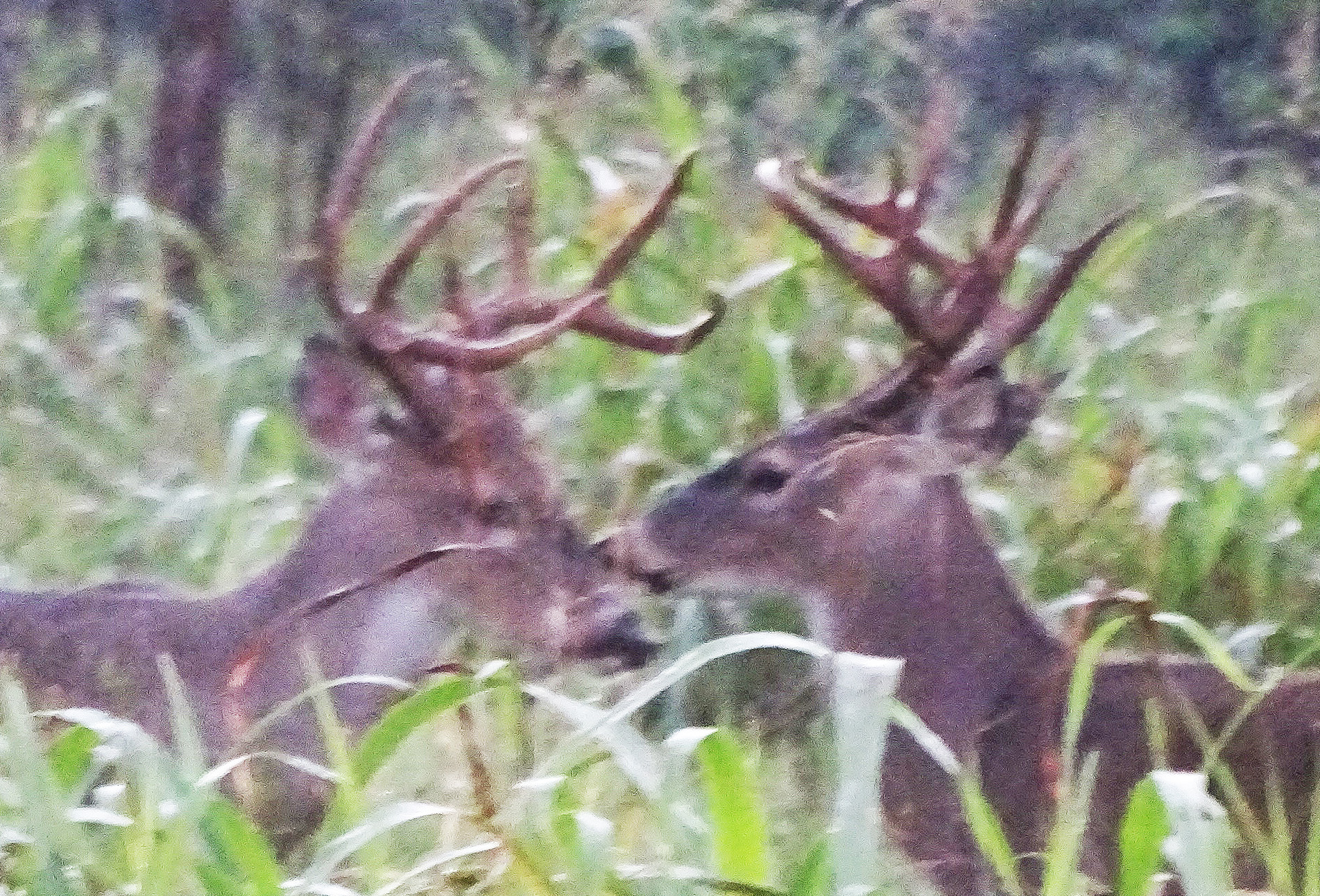 At first light I watched 5 bucks walk into my small food plot (60 yds long by 30 yds wide) and spread out. Two does were there and they promptly moved away into the trees. Over the weekend I witnessed 2 big bucks sparring and it got rough. So when 2 young bucks started sparring at daybreak I wasn’t surprised. 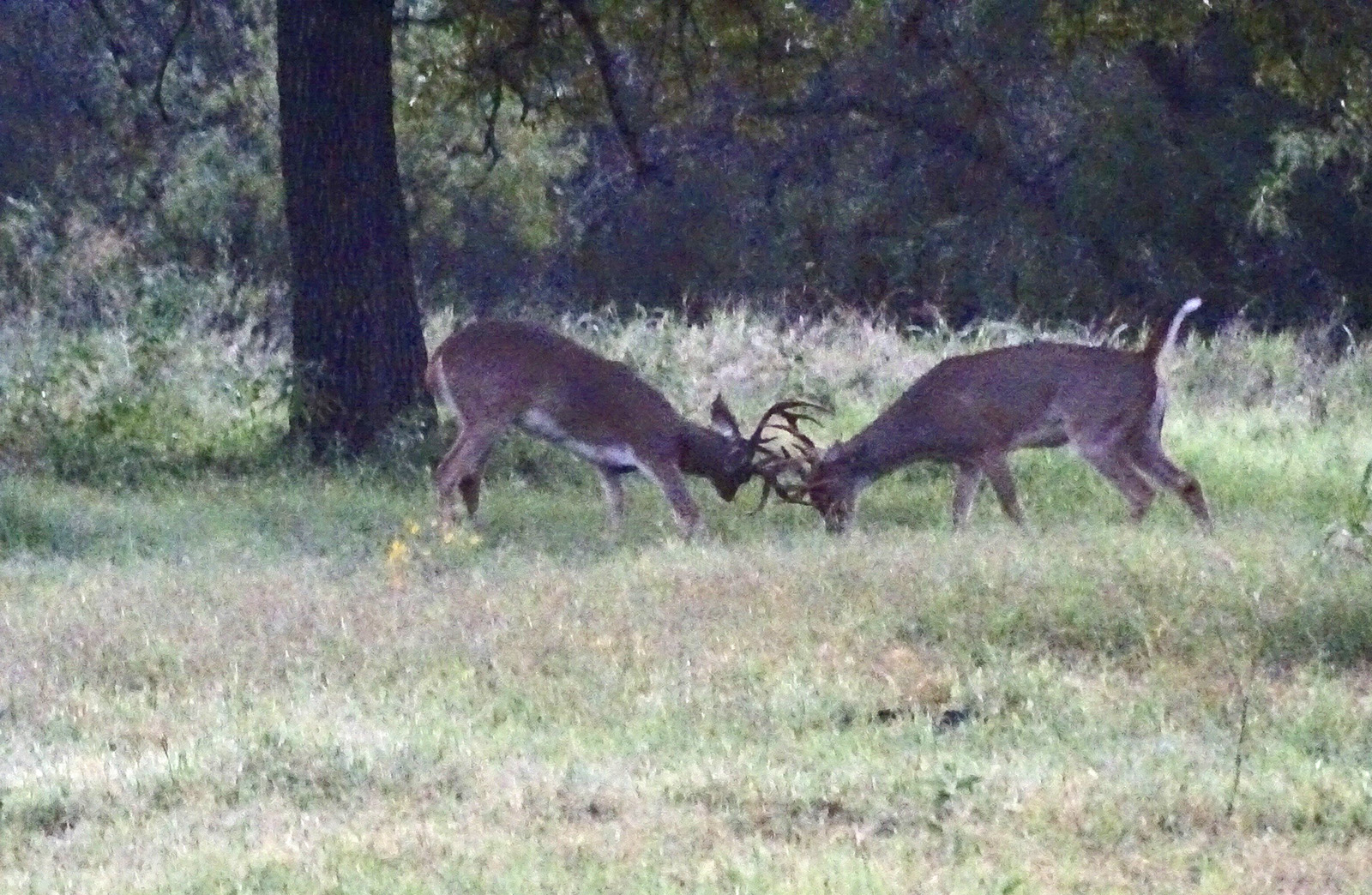 As their antlers clicked in the morning air the sound attracted a little group of onlookers, nervous deer that darted back and forth, both bucks and does. As the 2 bucks got more serious.  Then I heard a louder clash of antlers. Two of the bigger bucks went at it, sparring back and forth, roughly.

They kicked off a 3rd clash that quickly went into the tall weeds and range grass to my left. I kept them in my camera’s viewfinder and when I saw antlers I took a picture. 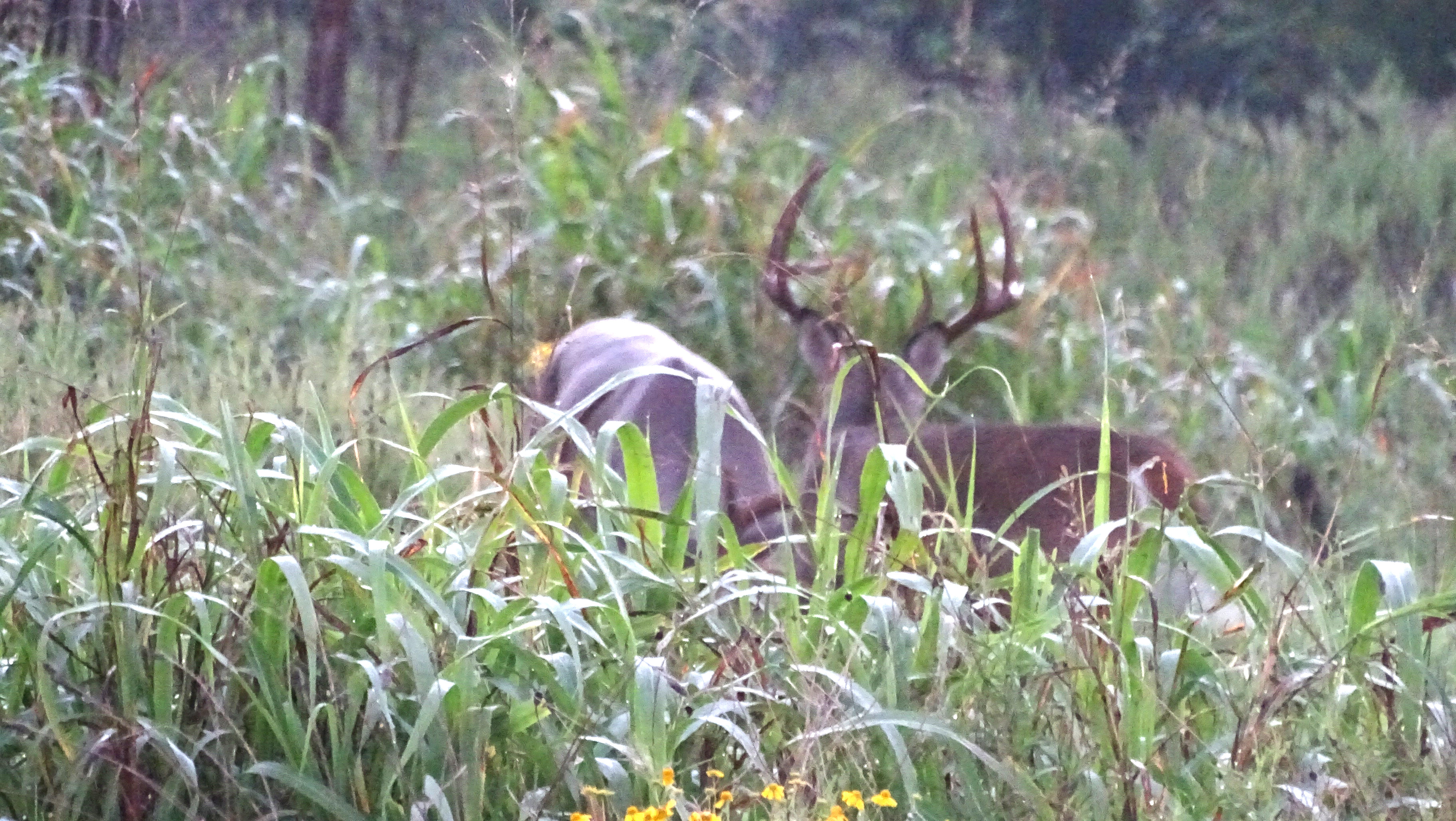 These bucks shed their velvet a week ago, or less and they are already bashing heads, rough and tumble . Tall grass and weeds was taking a thrashing too. They came up nose to nose and I got this picture. 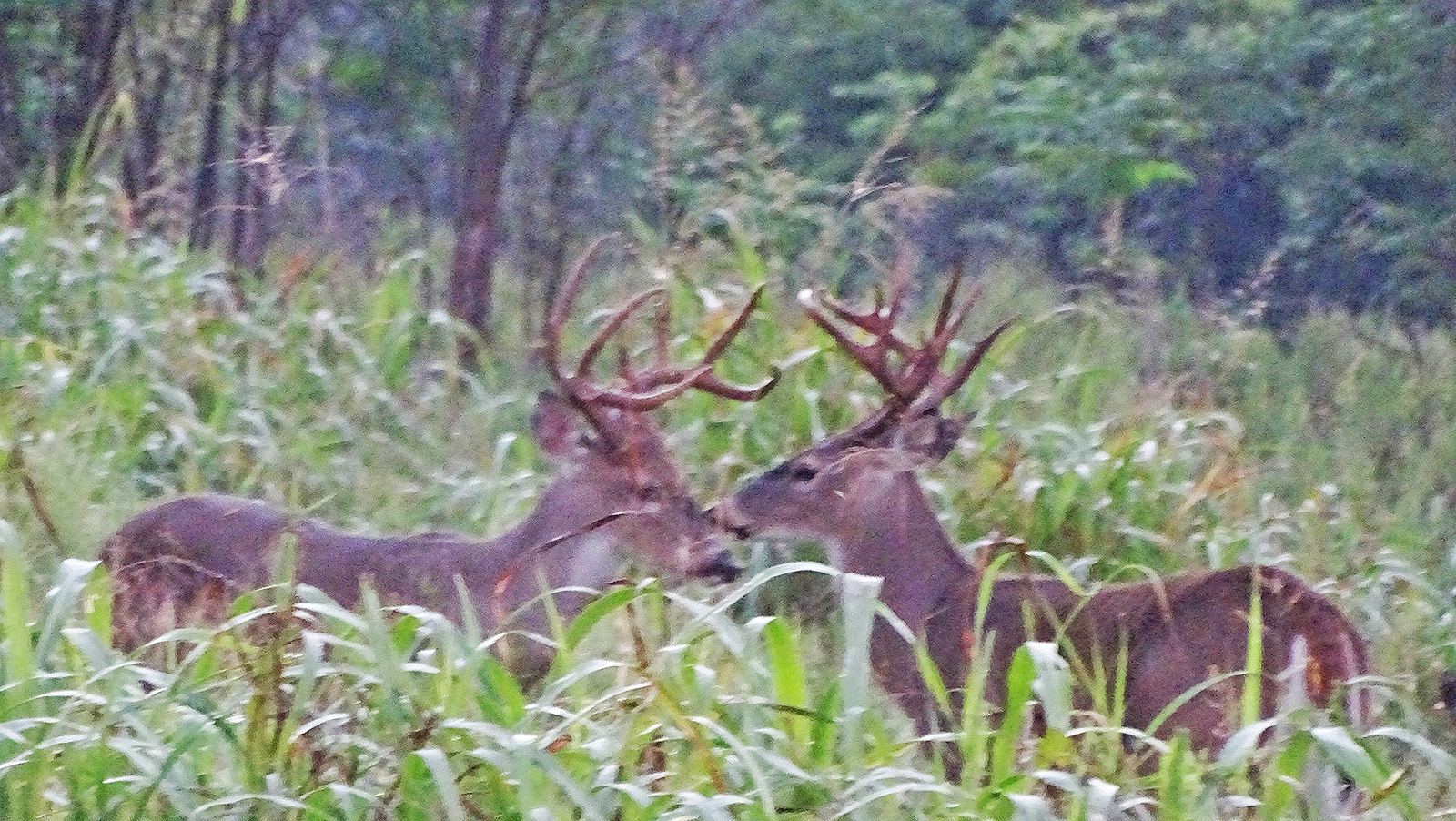 And went back at it  I got a few more pics. At one poinmt there were 3 bucks in the mix. 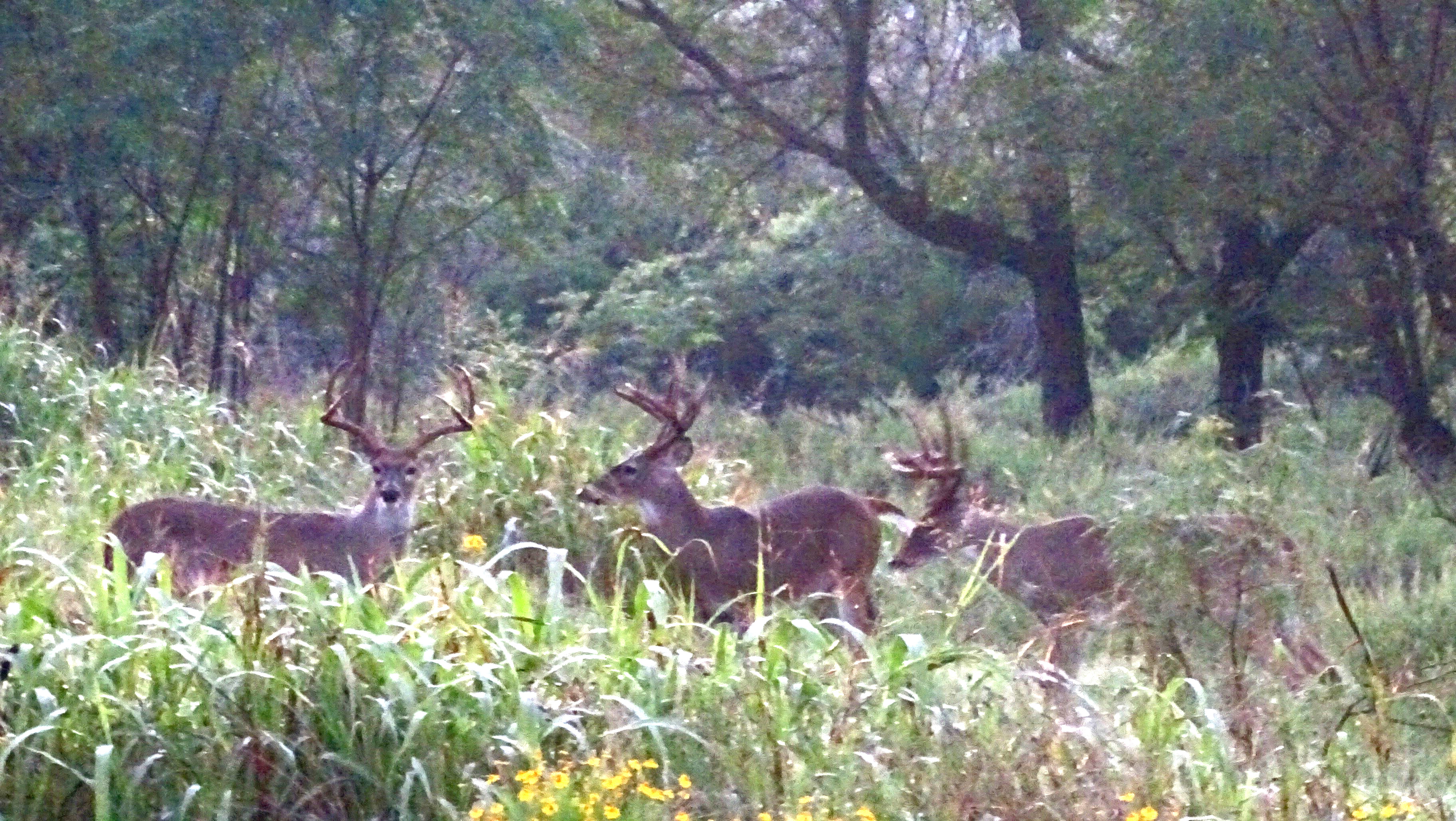 This is the whitetail buck “evil eye.” 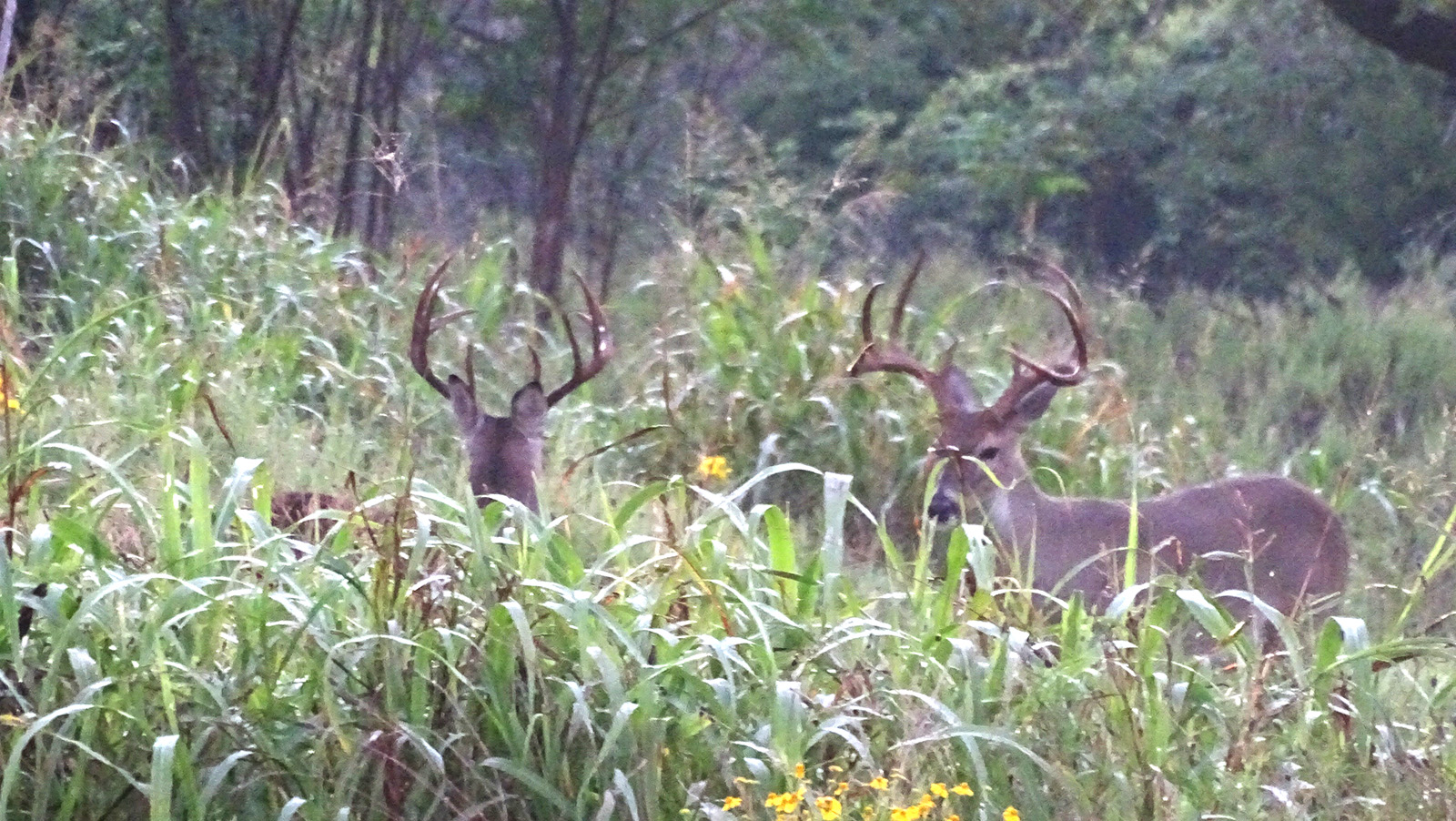 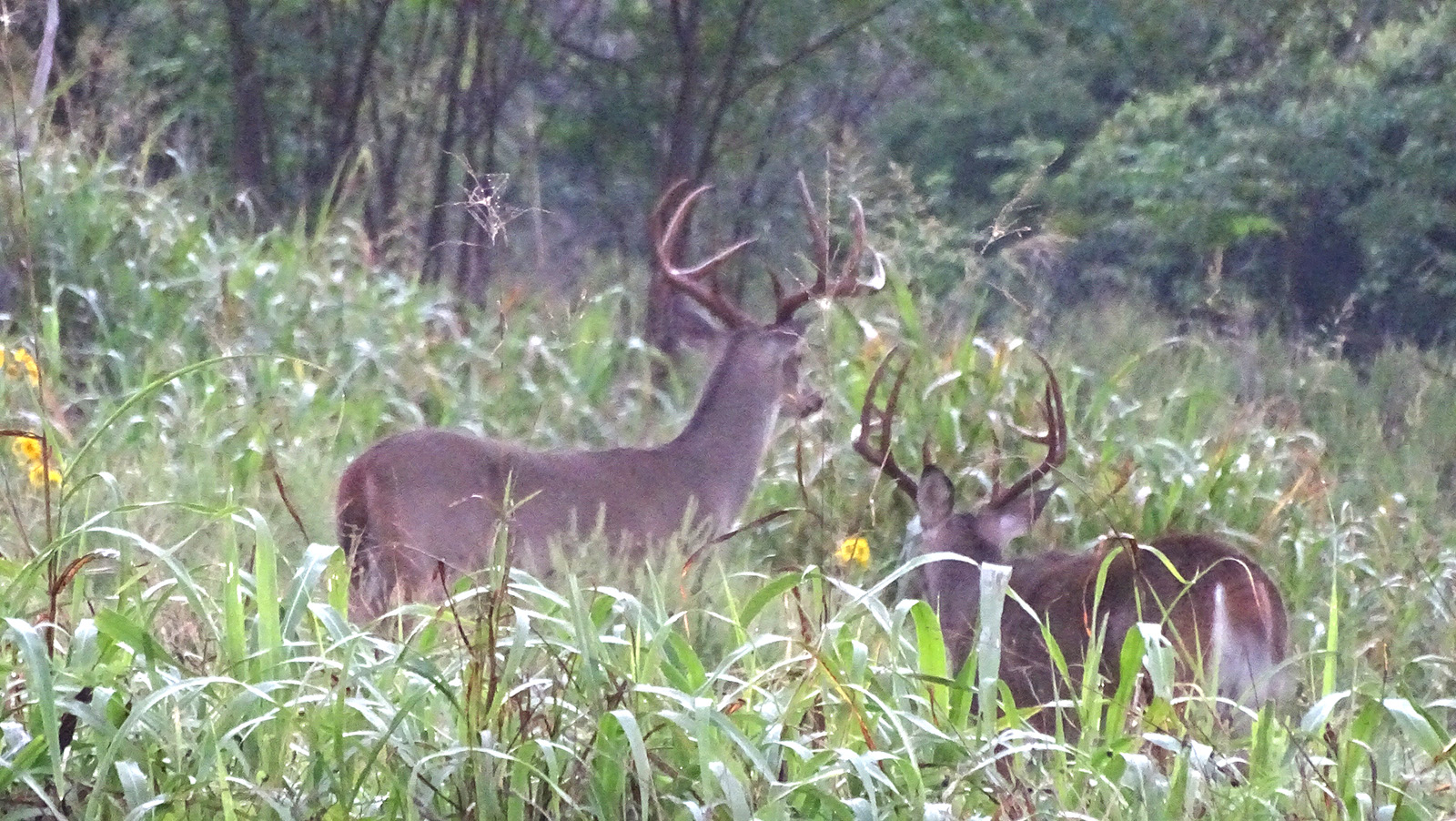 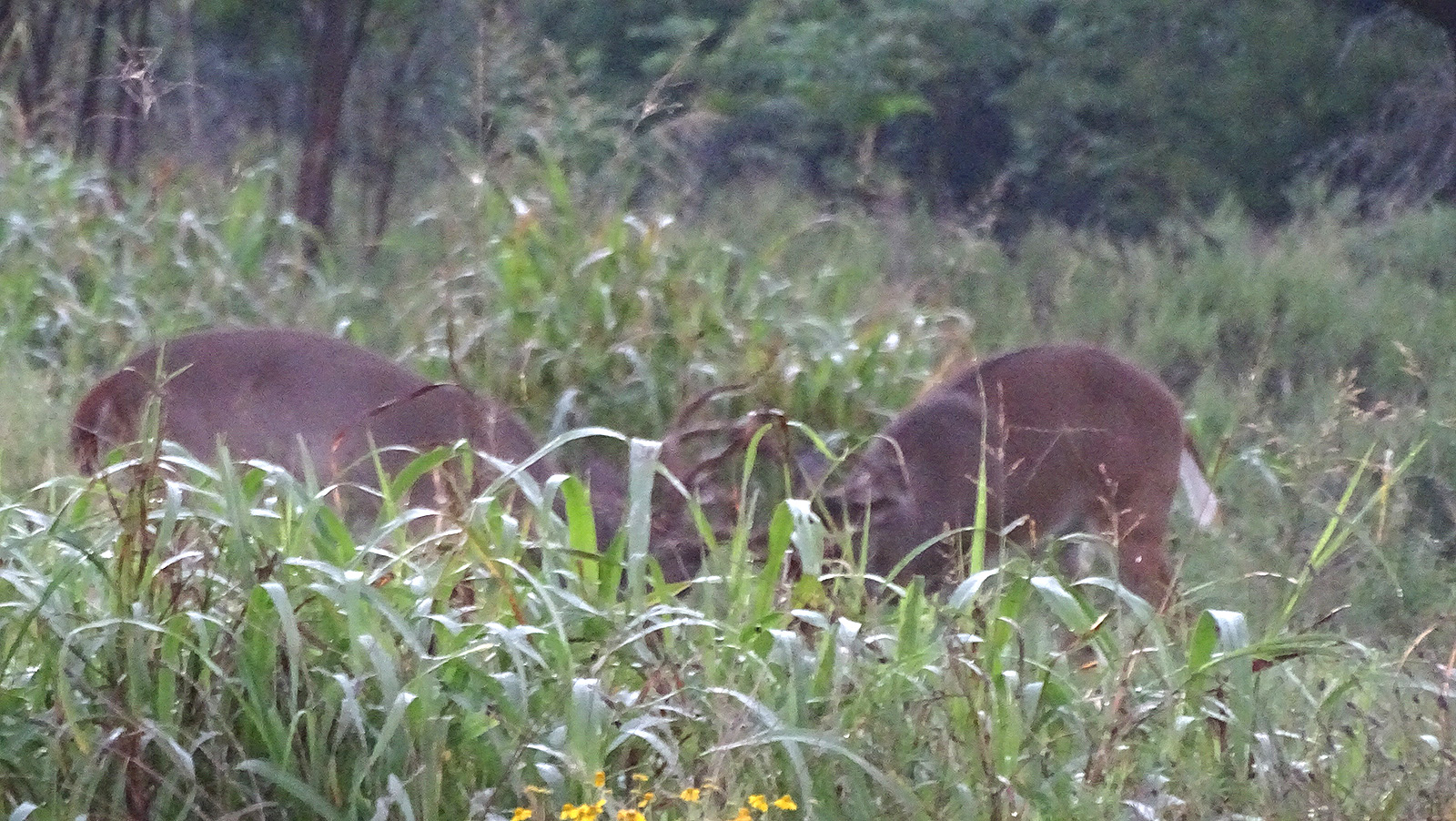 And as announced as it began the scuffle ended. One buck walked off into the high grass and the other stepped out near the food plot. 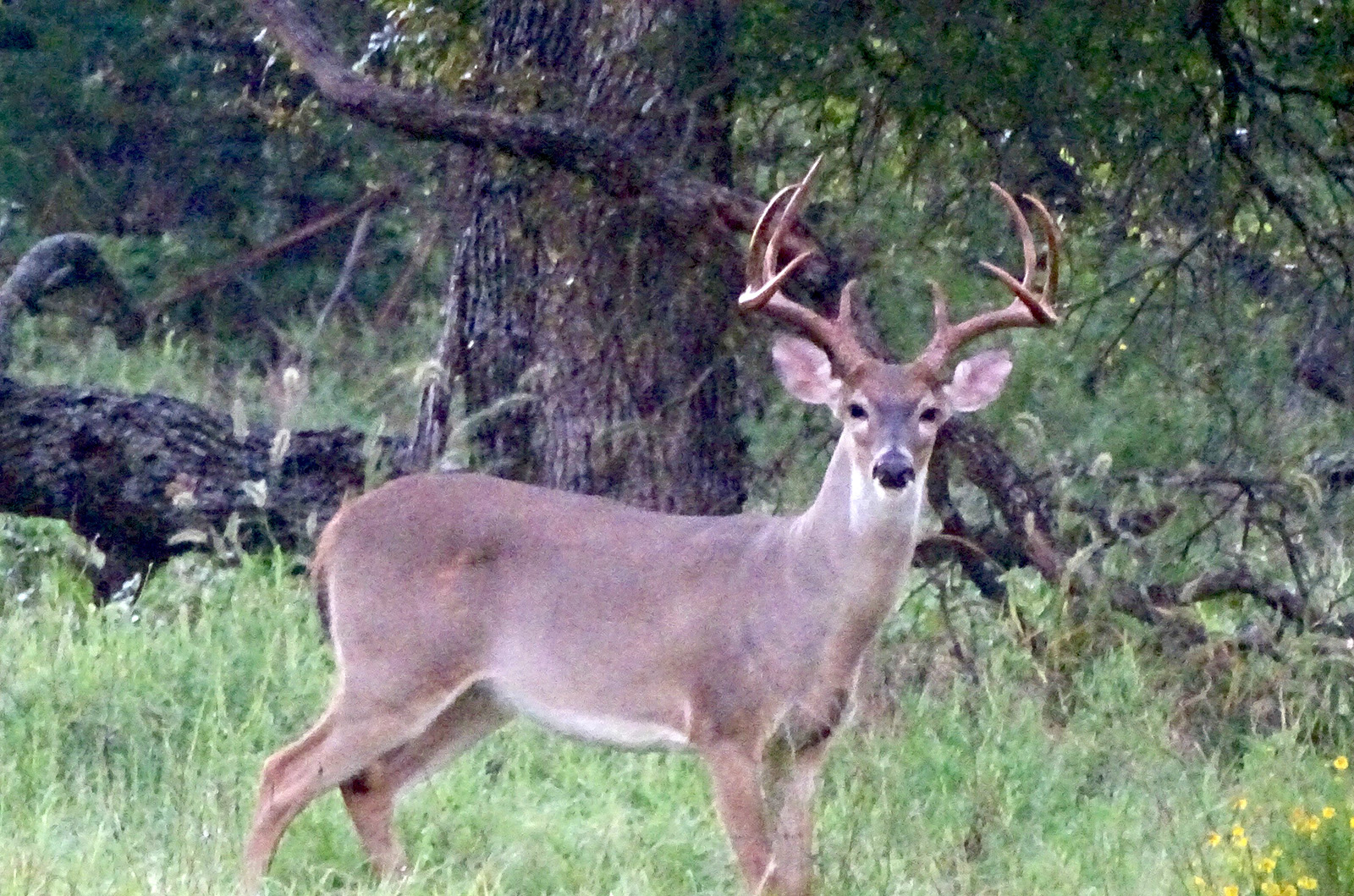 It was the Claw Head buck. Another year older, still plenty mean and with longer tines than the years before.

More Whitetail buck and doe photos and My Comments coming.