Where Else Are The Bucks? The Plan To Find That Out! 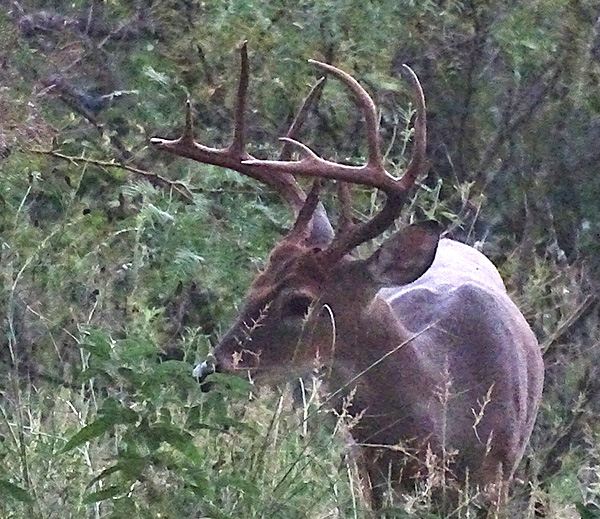 Keeping up with where the bucks are now! I Need A Plan, Step One…

Staying informed on where the does and bucks are is important. The basics are simple … but it’s not easy. It’s kind of a two-step thing … (1) establish a starting point and (2) follow them.
Let’s say your starting point is one where you saw a nice buck once, following him sounds easy enough, but it’s not. There are not that many guarantees about deer movement, but one thing is a certainty. As they move about, deer will change directions.
It’s what they do, it’s their nature to be guided by their instincts. Plus, it’s how they learned to travel when they were born and reared up as new fawns. We’ll talk more about that in the next article.

First off, I prefer to begin at a place to wait where I have good visibility of the area around me. To find out where they go I need to learn what deer are in the area. To explain what I’m talking about let’s take a look at a place I frequently see deer, year round, gulch you’ve heard me refer to. It runs north to south and deer walk along the edge of the trees. 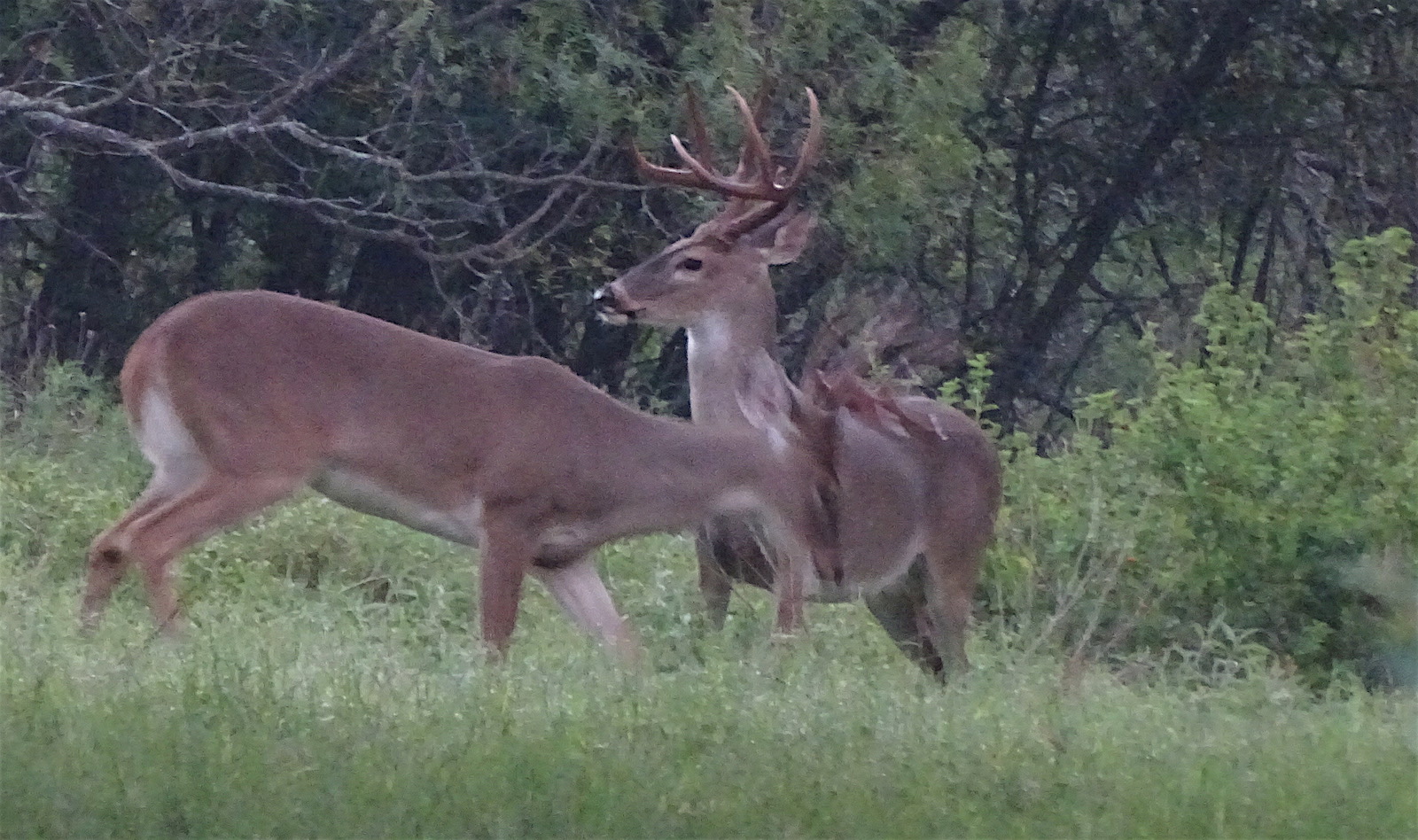 Sometimes I’ll comment about deer leaving to the north, or east, etc.. While that is good to know it will take a lot more to be able to find where deer go after they leave your viewing area. When the buck in the above picture left he walked into the woods to the south east. 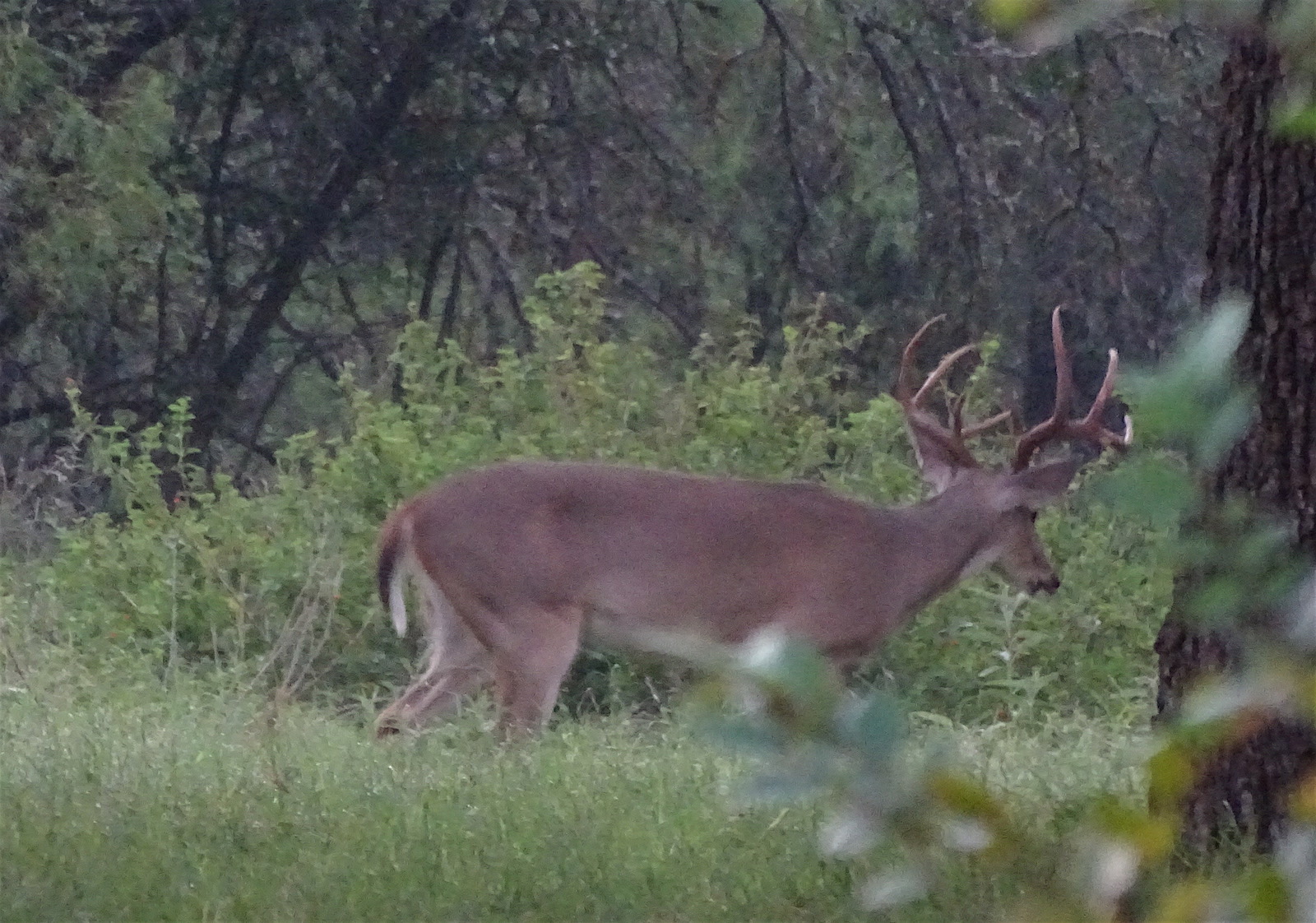 100 yards down the edge of the gulch I picked up on two bucks going in a northerly direction. There was a doe browsing near my food plot but they did not pay her any attention. 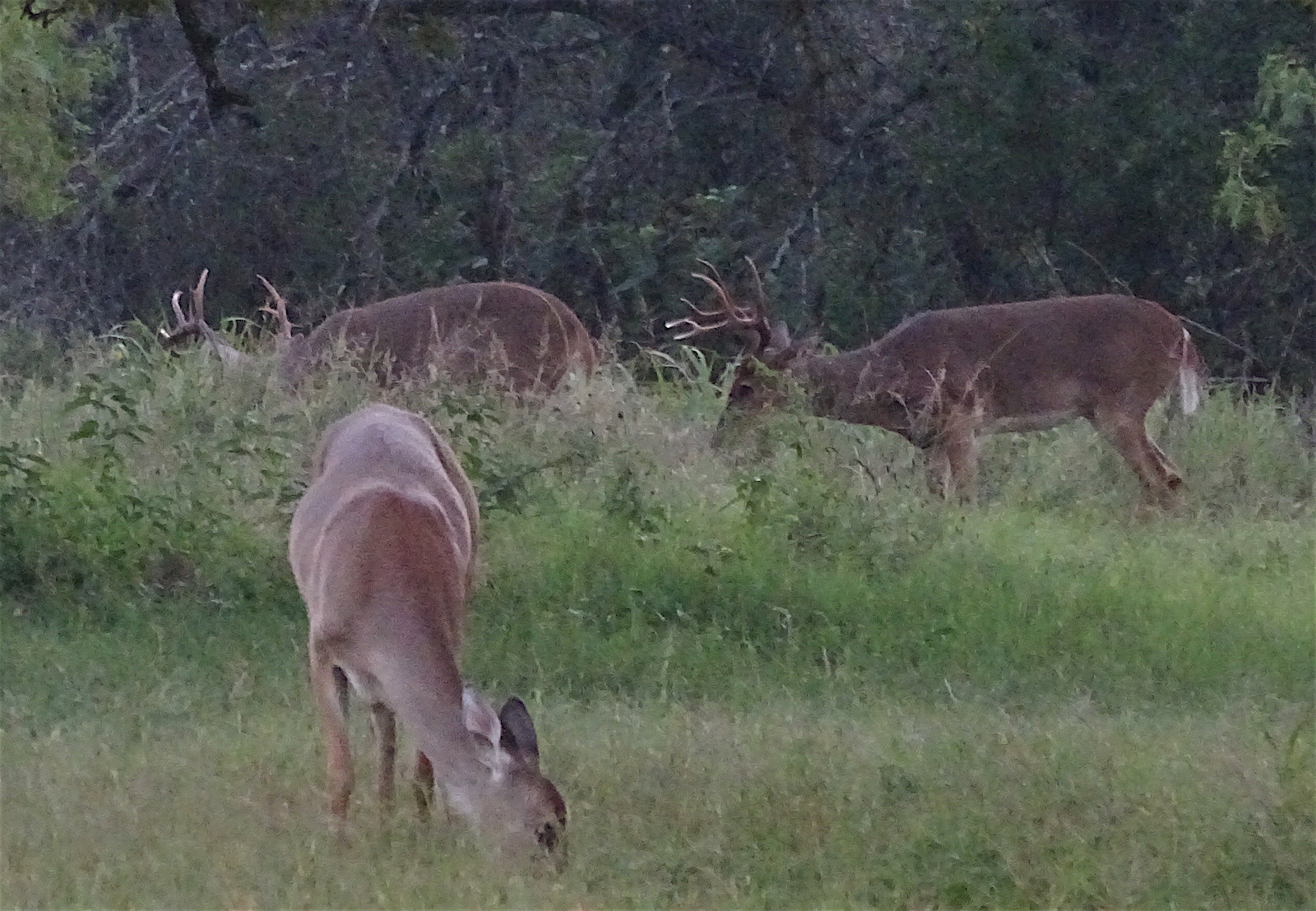 As the two bucks walked along they occasionally browsed on natural forage, of which this area has plenty of. The doe is a “doe of interest”, her hocks are already black. The bucks continued north for at least 200 yards and I saw parts of them through the trees west of where they were and learned that they turned west. 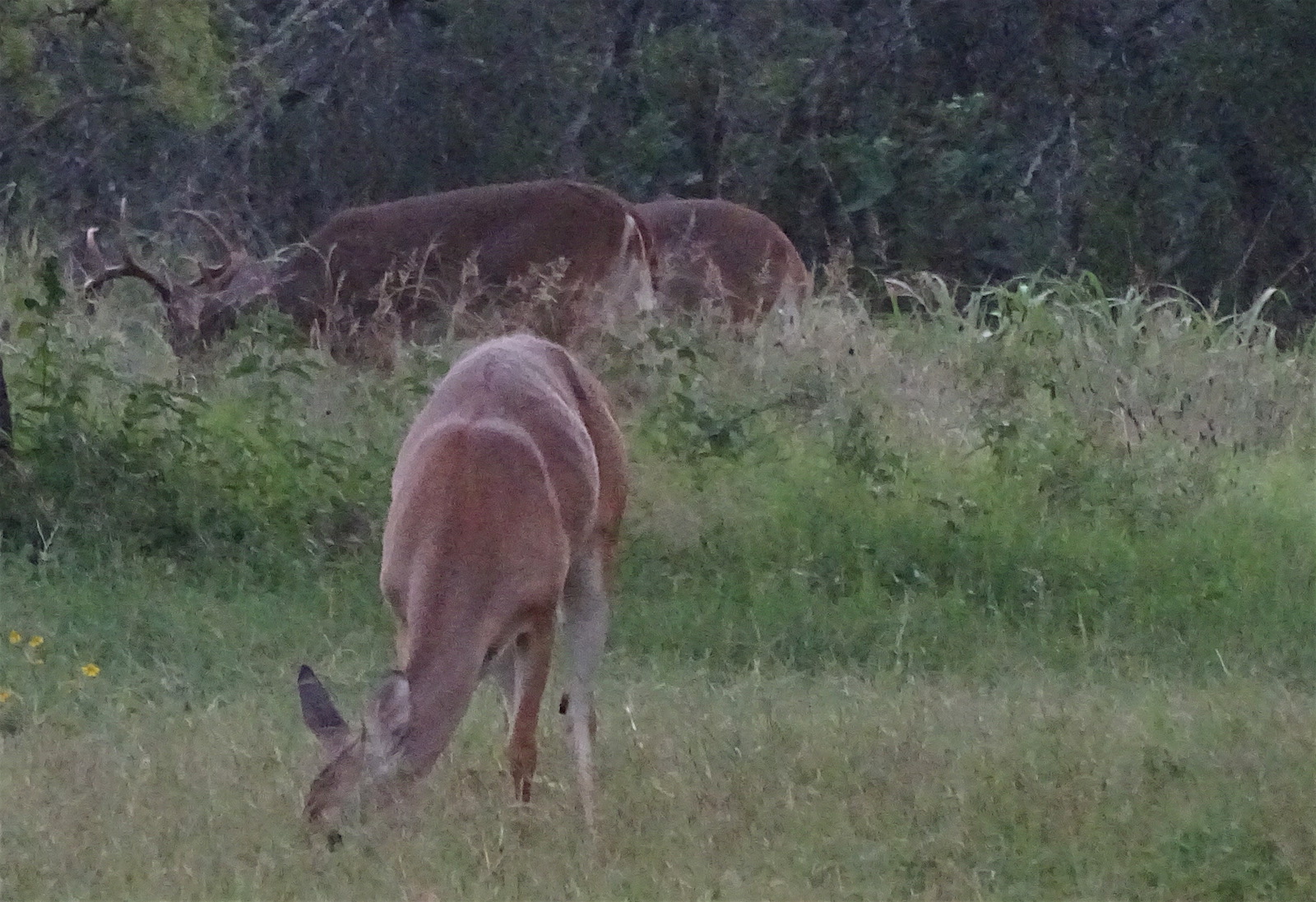 I hid a pop up ground blind where I had last see the bucks and sat there the next morning. I was definitely in the right spot and well hidden because the buck below walked by less than 10 yards from me. 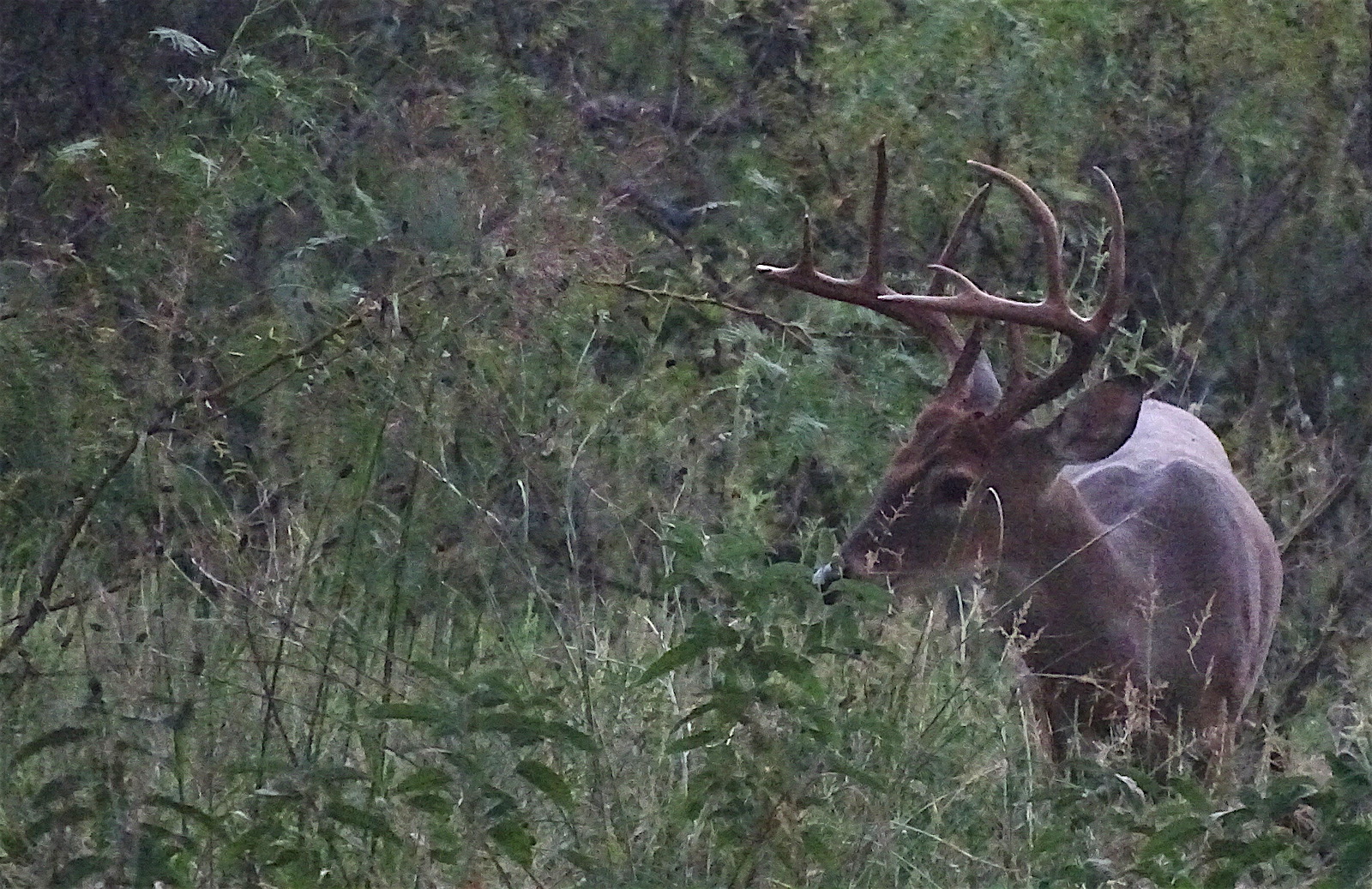 The buck walked behind me and I didn’t see him again until a doe and a buck browsed into the immediate area. When the buck left he traveled to the west and I saw him on the edge of the thick woods for over 200 yards. 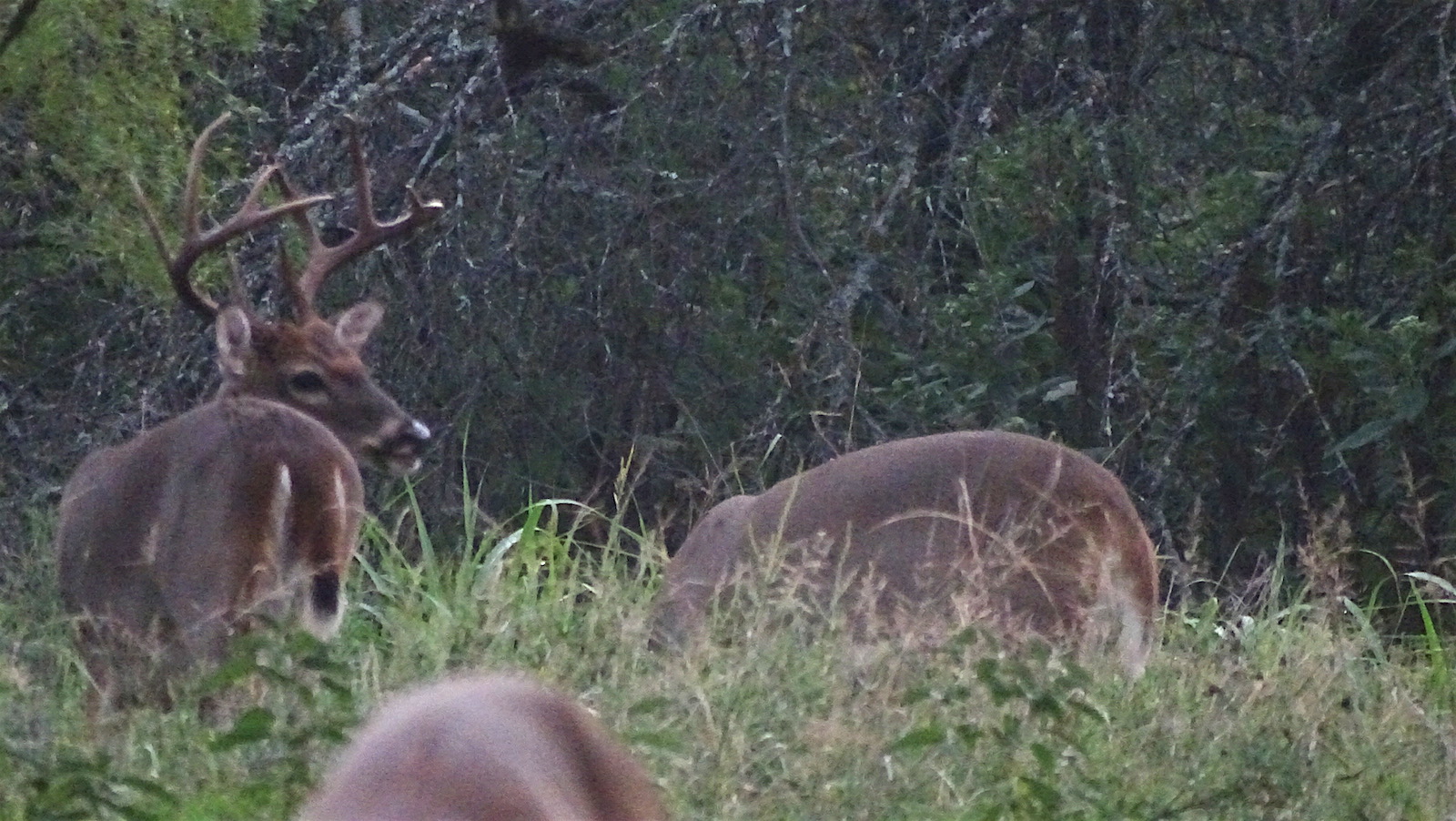 Next I returned to the food plot and waited by the edge of the gulch. Two does came up and then the Cut Ear buck walked his 10-point self out of the trees along the gulch. 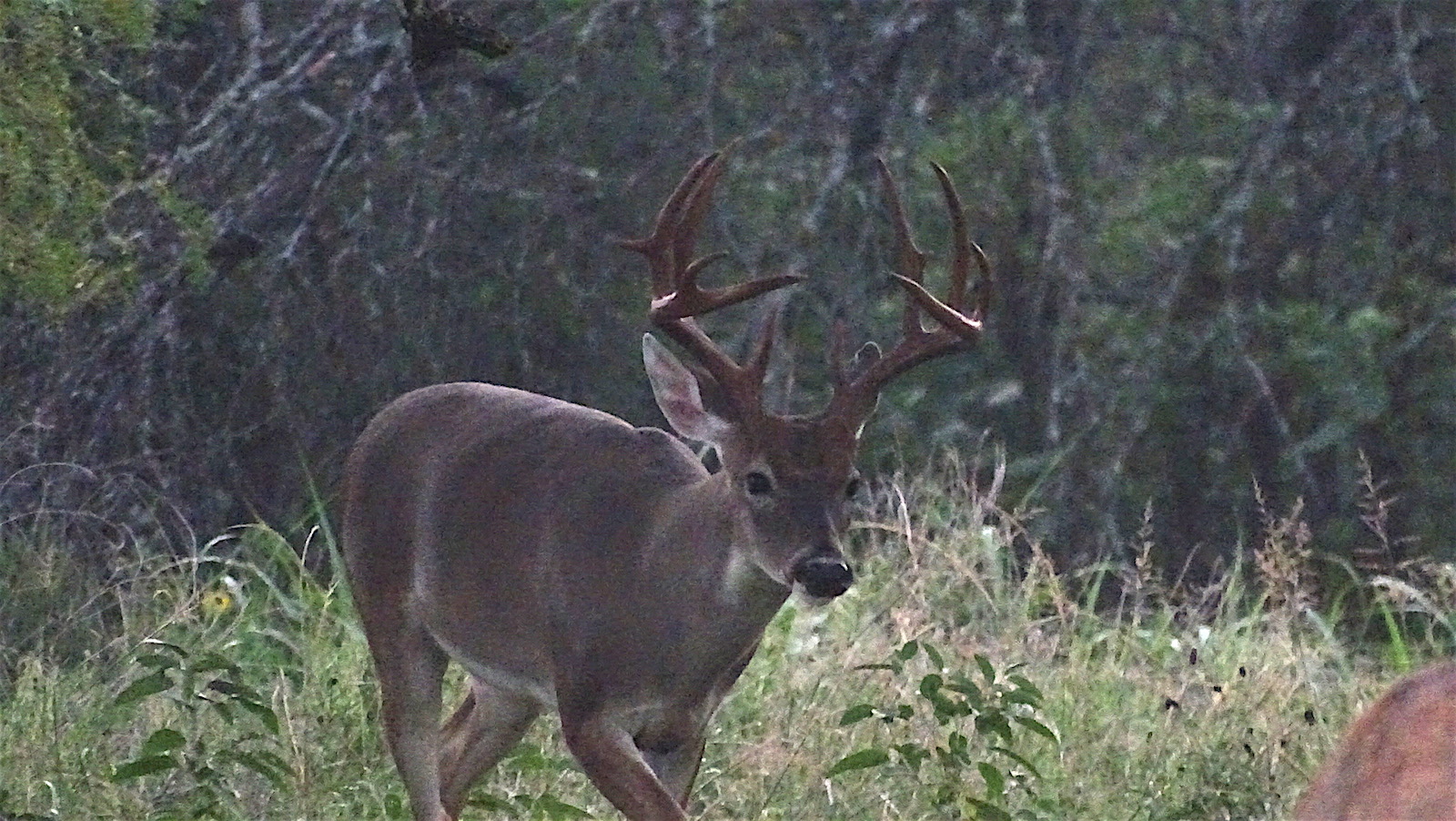 Cut Ear went over to where a nice 8-point and a buck we call “Eleven” were browsing.

A big part of what bucks do when they get hard antlers is present themselves to every buck in the area. And any that they can intimidate, they will be certain to do it.

The “Eleven” buck had not even looked up when Cut Ear came up. Cut Ear was not cool with that and he strutted over and presented himself. Eleven instantly reacted. 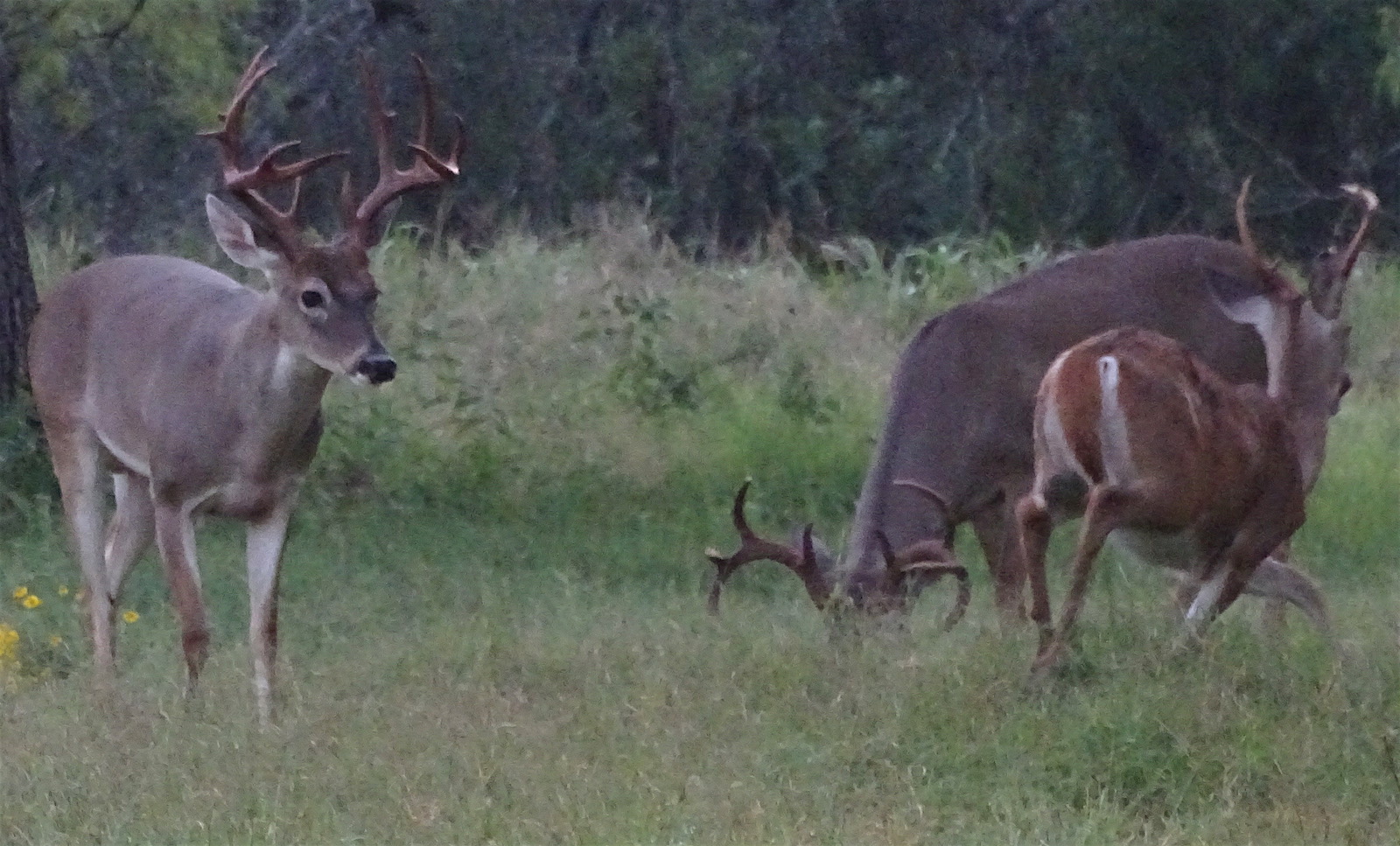 Eleven ran around the 8-point and hurried into the gulch and out of sight. Look at the posture and expression Cut Ear has. Like the guy on TV says, who’s the boss. When Cut Ear and the other buck left they went east into the gulch. 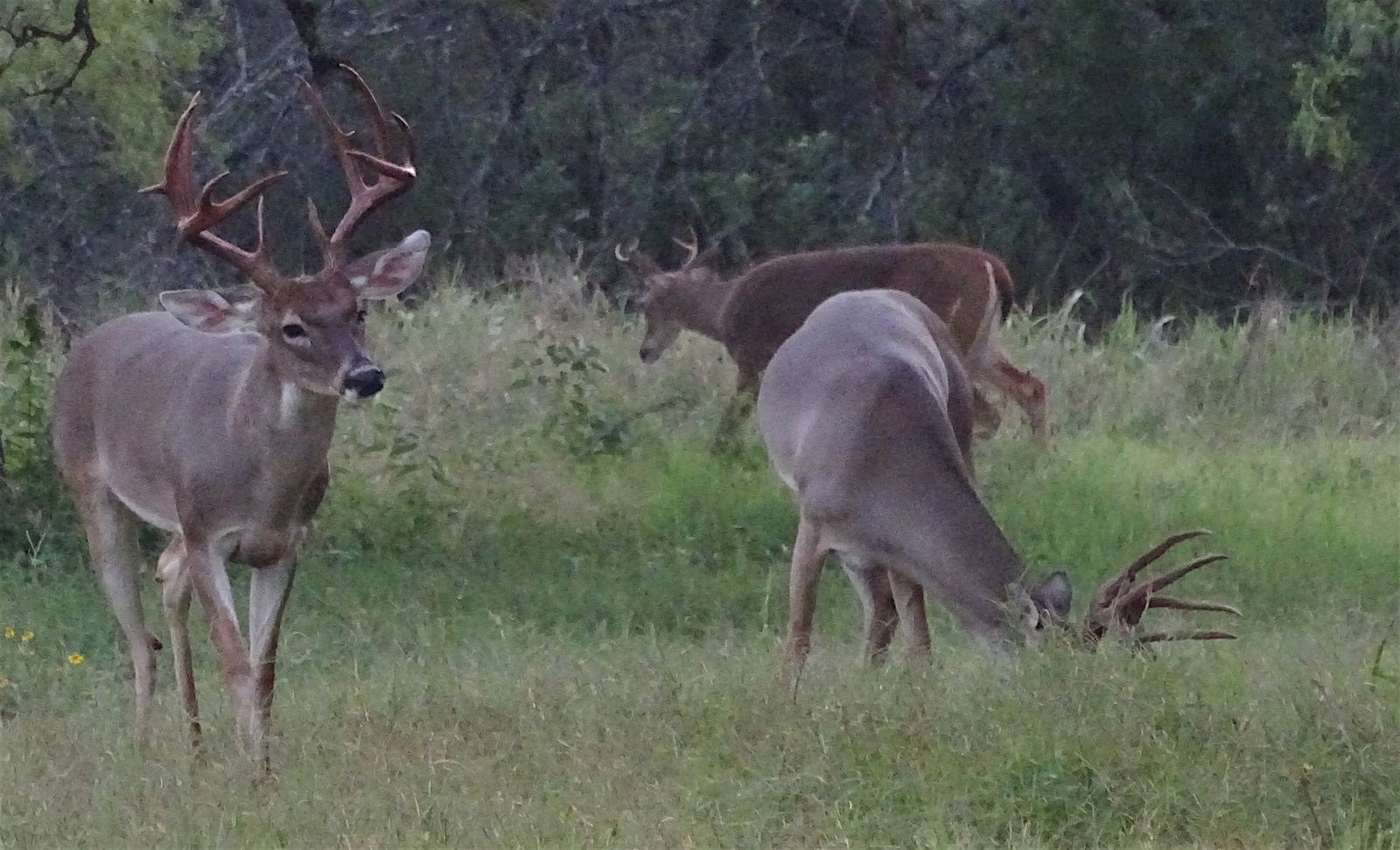 Next let’s find out where these bucks went and see if we can learn more about their travel routes.