Claw Head Buck; Is It Him? I’m Not Sure! 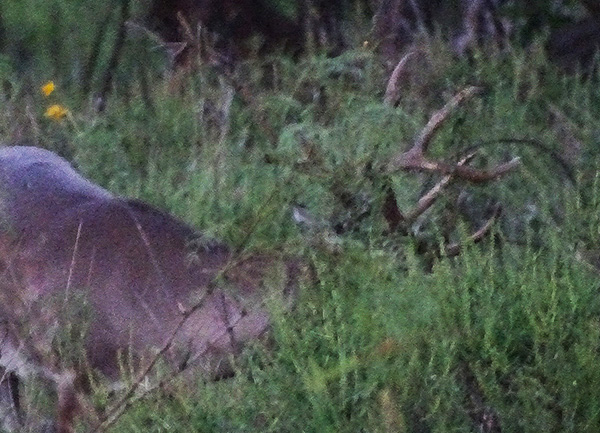 Is You Is, Or Is You Ain’t, The Claw Head Buck?

John Askew and I returned to bowhunt one of my food plot blinds at 4:10pm. We sat in silence for 45 minutes before we saw our first deer. A lone doe browsed along the east edge of the food plot.
Soon a couple more does entered the area and browsed around. While they were on our side of the food plot a buck’s 8-point antlers and head appeared to the east on the edge of the gulch that runs north and south.
Three more bucks took shape near him, they were 80 yards from us. The biggest of the bucks walked out of the edge of the trees and stopped halfway to us.
John got his bow and waited. The other 3 bucks came up along the first buck and they all stood looking over the area, and the place where we were in particular. They were not comfortable with something and returned to the gulch and disappeared through the trees. They had not spooked and flagged and hurried away but we still wondered if they had picked up our scent.

Truthfully, we were not interested in bagging any of those 4 bucks, they all held a lot of promise but were too young this year. However, if we got a few deer in the food plot scenario it could only help and it could possibly bring  out one of the Big Boys.

After 6:45 passed we saw a hand full of deer. Two bucks got into a shoving match and made quite a bit of noise as their antlers clicked together. 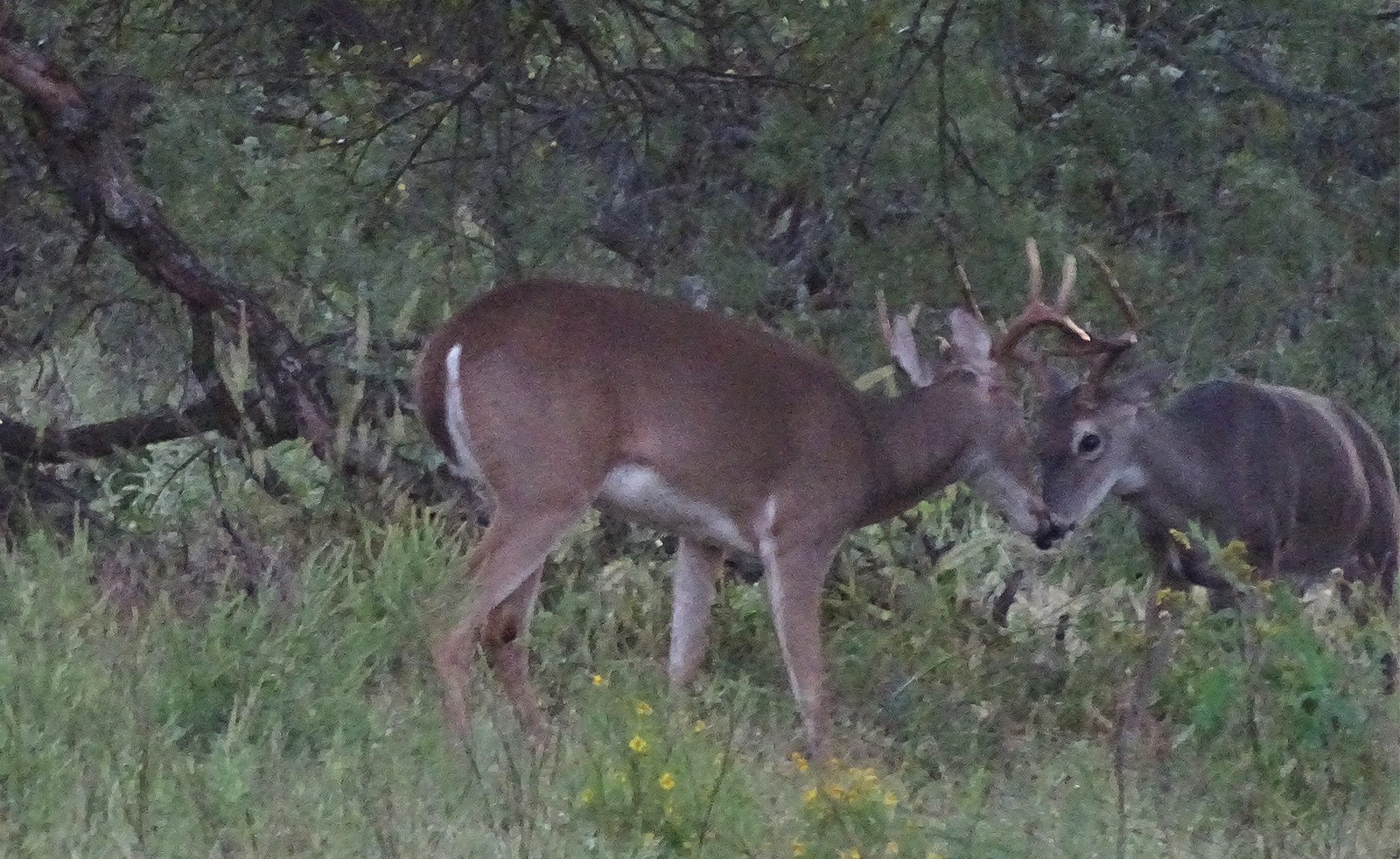 Two does and a young sixer buck added themselves to the mix. I noticed 3 does come over the hill to the south east. They were walking at a leisurely pace but when one of the does hurried away from the group I scoured the clumps of trees and brush looking to see if there was a bucky reason. When I noticed something deerish colored in the brush I zoomed in with my camera. 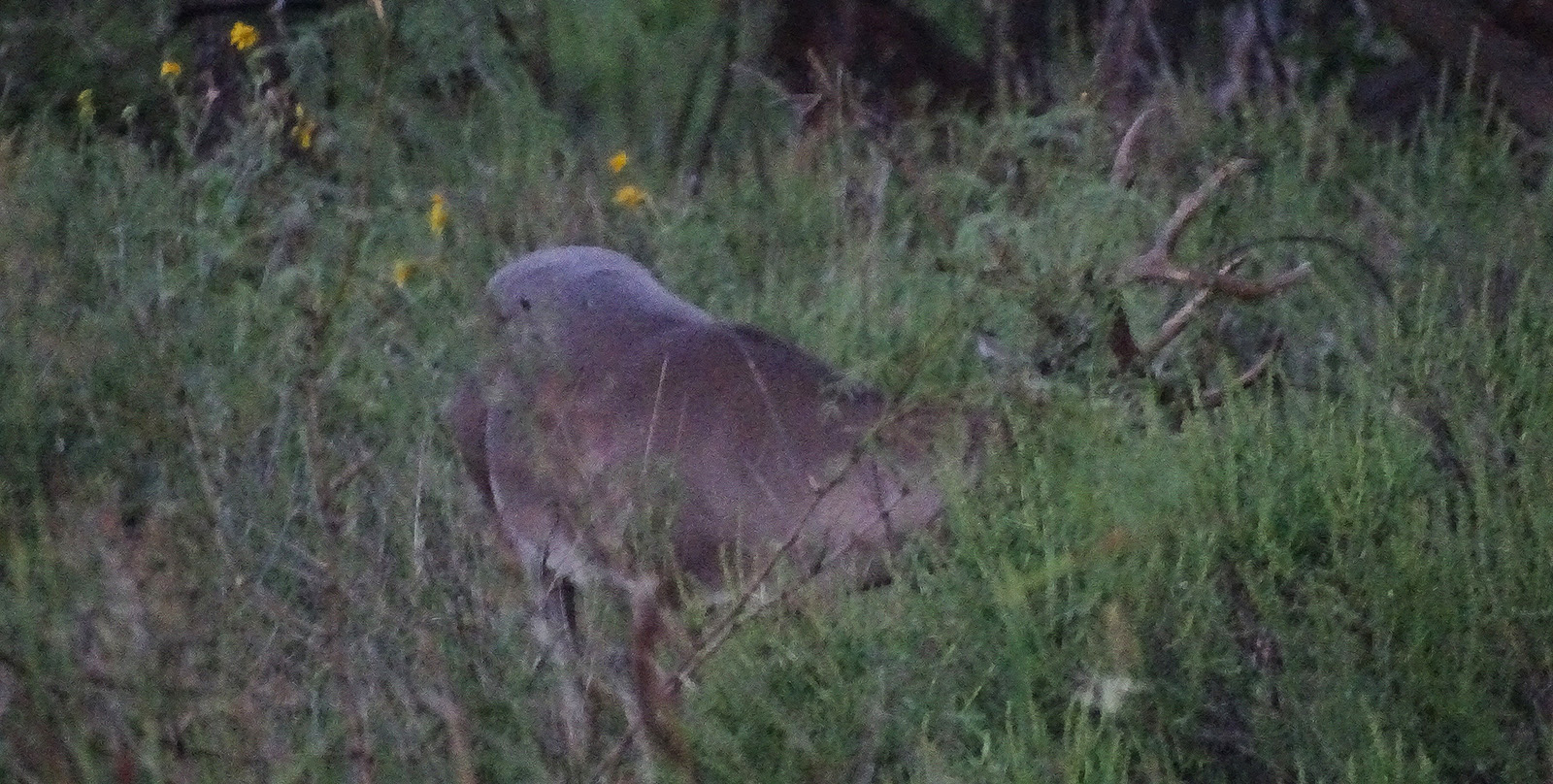 The way I get a slam dunk I.D. on Claw Head is his unique brow tines. Near the ends they make a sharp turn towards each other. But I couldn’t tell.

The buck moved through the thick brush and trees and I followed with my camera. He looked right. But I still could not see if it the brow tines were definitely from the Claw Head buck. 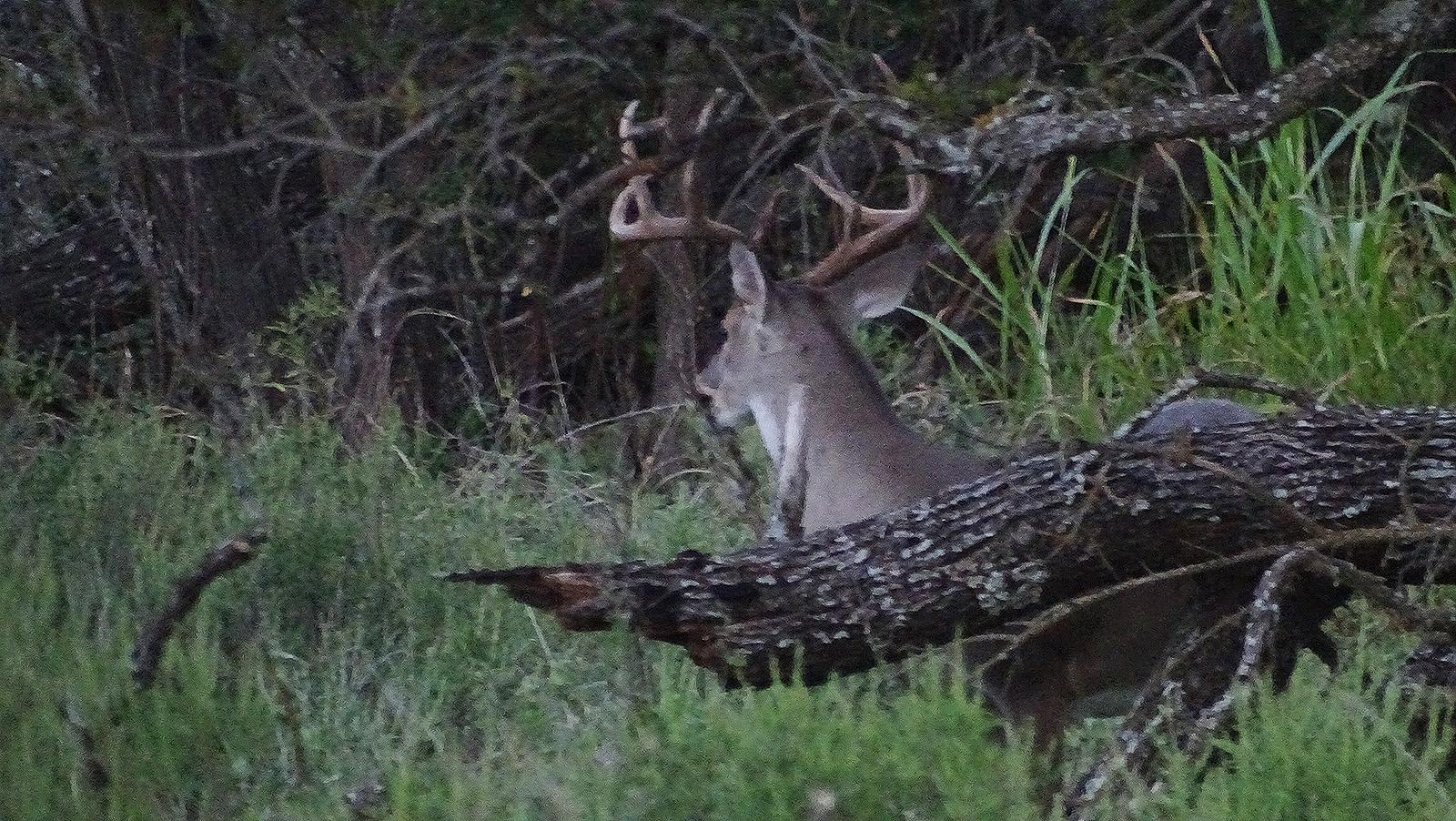 I looked at John. He was focusing in a different direction than I was. I checked and the 4 bucks from earlier had returned and were now about 30 yards from us. Then I looked back at the buck I’d seen … but could not find him.

John And The ClawHead Buck