John And The ClawHead Buck 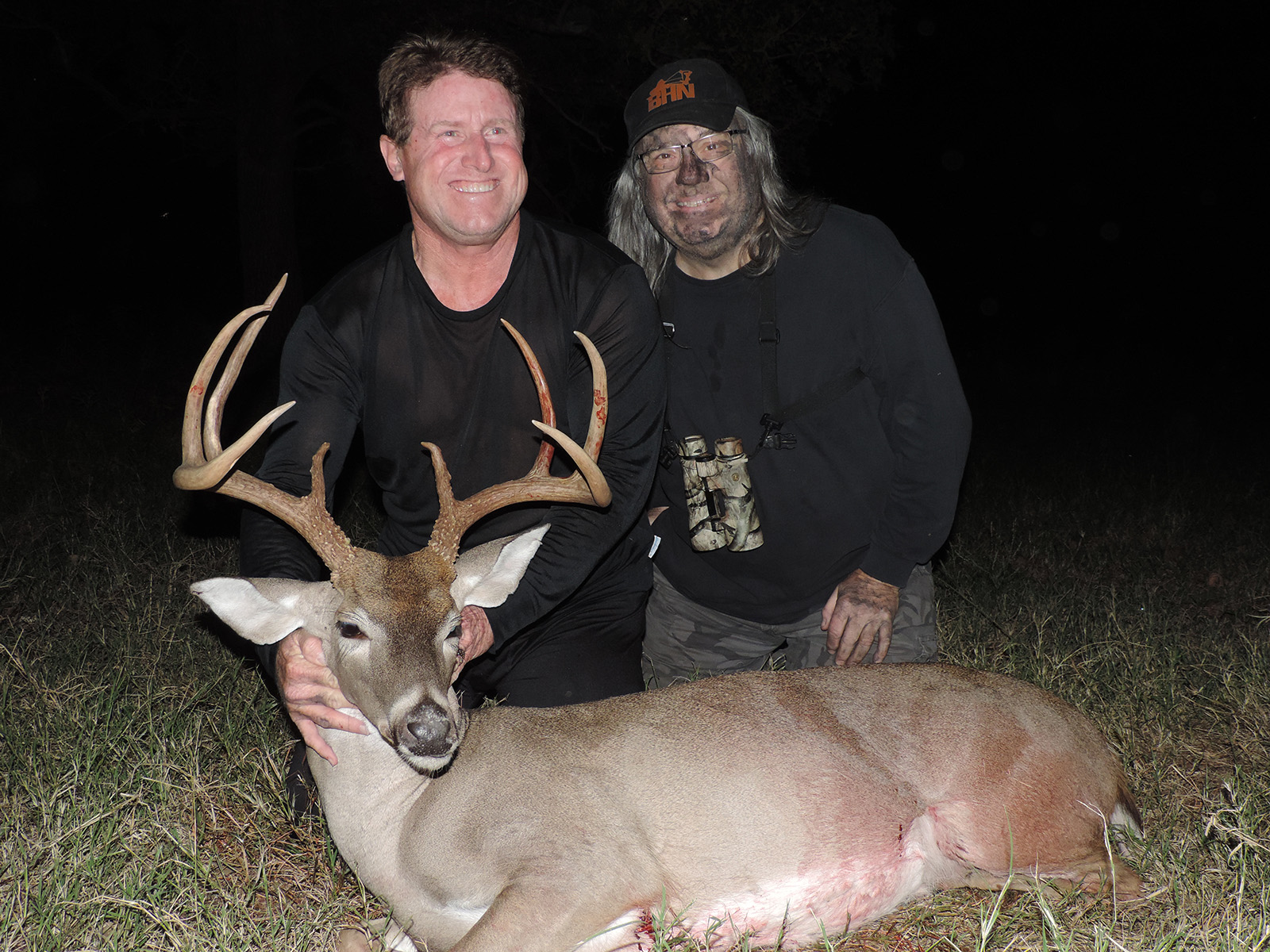 The Claw Head Buck Finds Us

I switched from the camera to the binoculars. The buck had disappeared on me and I intended to locate him again and get a positive I.D. I glassed through the wooded area where he was last, with no luck. Then I broadened my search area.
Still no luck.
I lowered the binoculars and watched for movement. When I saw some motion I gave it the look over. It was a big doe. Behind it was a second doe.
I looked the area over again without the binocs. Two does hurried out into a narrow open spot on the hill side.

Once again I glassed the thick brush that the two does came out of. A big set of antlers got my attention. The buck’s brow tines told me he was definitely Claw Head. He stayed in the woods and paced the two does.

I looked at John. He was absorbed in watching two bucks fighting. I moved my right hand where John could see it and shook it to get his attention. He looked at me.

“Get your bow.” I whispered.

“What’s up?” John whispered back, his eyes returning to the two fighting bucks.

I didn’t explain, Claw Head was coming on over and there was not time to talk about it.

“Get your bow!, I whispered again and pointed at his bow. From where he was inside the blind he could not see Claw Head approaching. John got his bow. 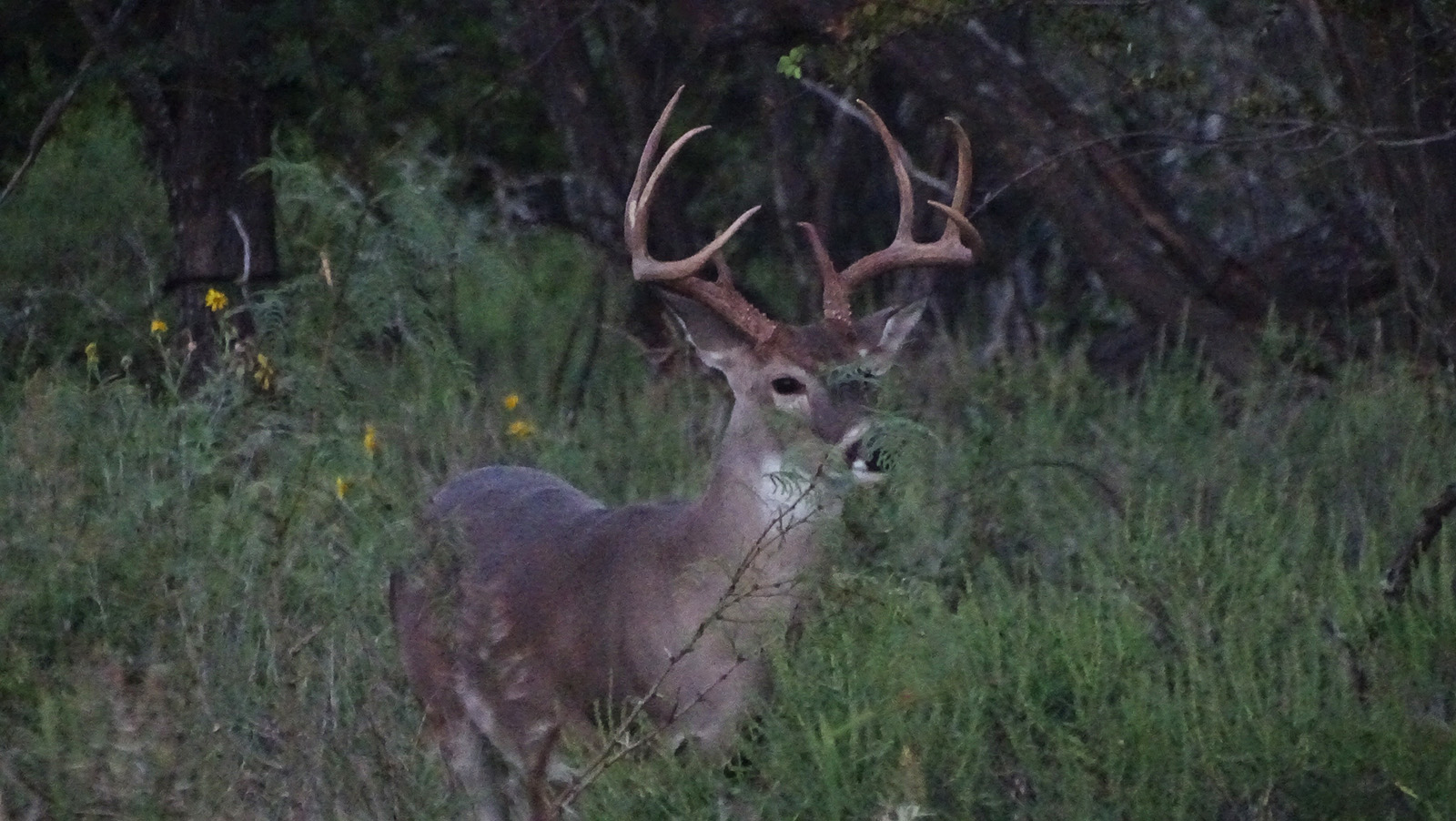 Claw Head stepped out of the nearby brush and came up behind two different bucks that had been sparring. 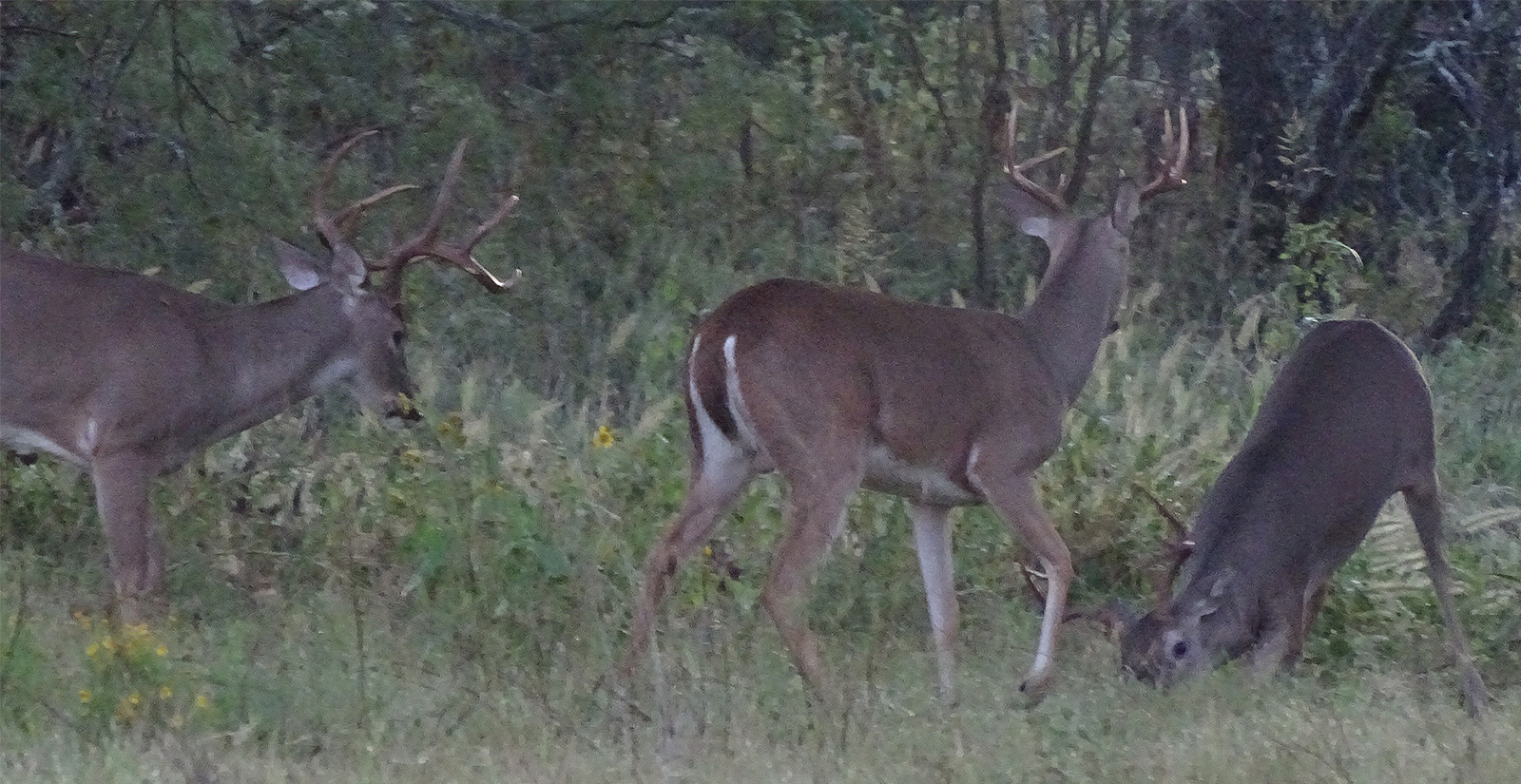 When John saw him I whispered low, “Claw Head.” I inched backward a little to give John room to get a better angle on the buck. Two does and a young buck came over to the area. Claw Head walked to the far end and turned a 180 and walked back But he was not in the clear, some other deer was always either in front, or right behind him.

Finally, he stopped where there was no interference. John was all about taking advantage of this shot opportunity. He came to full draw and held as Claw Head took a couple of steps and paused.

John released and his arrow hit the spine and he dropped to the ground. “Shoot him again,” I said. John nocked and drew another arrow with amazing speed and made a perfect double lung shot and the buck expired immediately.

We walked over and I took a few pictures. Below is my bowhunting buddy and good friend of many years, John Askew with the Claw Head buck. 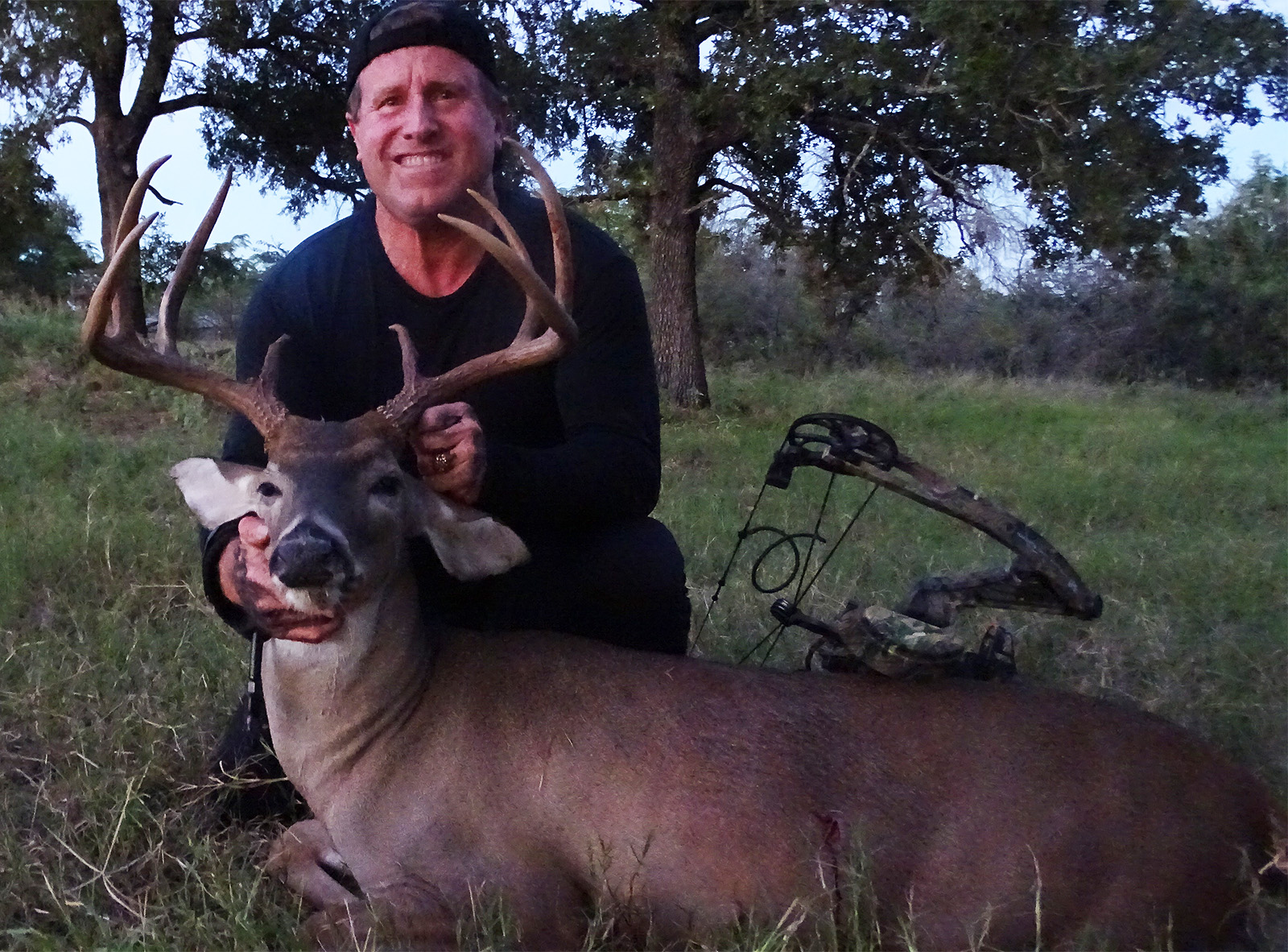 We textred all the hunters on the lease and everyone showed up after their hunts and John told them about his hunt.

We loaded up ourselves and John’s buck and drove to Whaley Deer Processing in Hamilton, TX. B.J Whaley checked the buck in and John told him what cuts to make on the meat. B.J. also owns Black Dog Taxidermy he and John speced out the type of mount and the other choices for the mount.

Just down the road is Frida’s Mexican Restaurant and we stopped there for dinner.