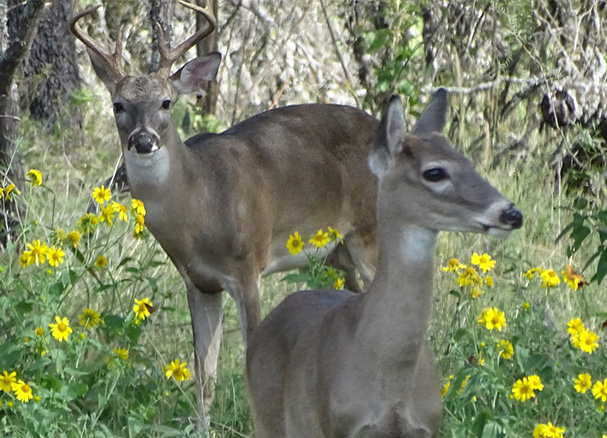 I did not see or hear them coming, they just lunged into view in front of me; two does and with buck chasing after them. Right then, I was switching out SD cards from two game cameras by my food plot and was caught unaware.

I instantly sat down and leaned close to the tree the game camera was strapped too. The two does stopped 10 yards away. The buck stopped behind them another 10 yards. It was a little after 1:00 in the afternoon.

My digital camera was with me and I eased it out of the case and carefully squared the scene up in the viewfinder and took the first picture. 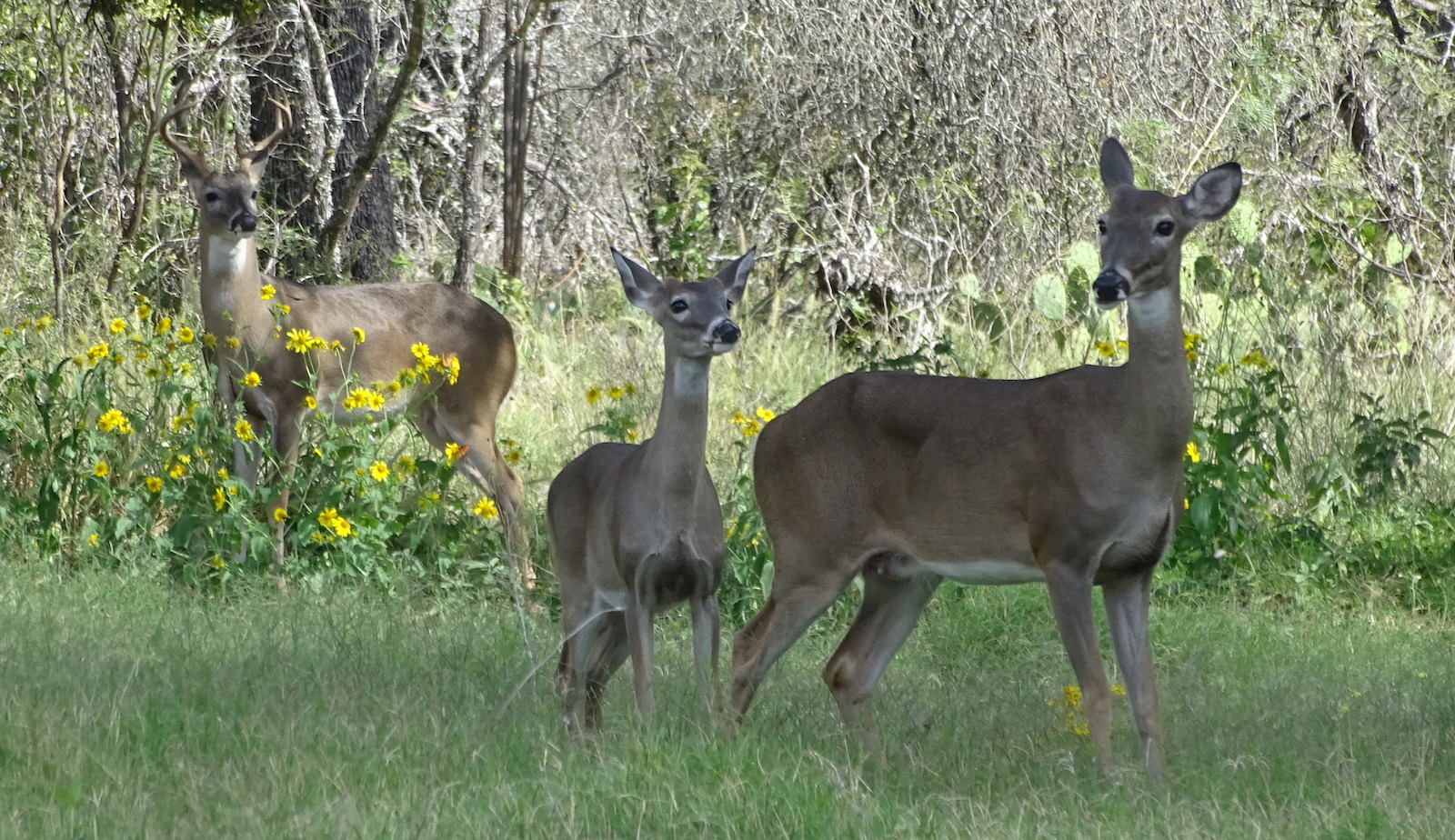 A big Boss Doe with a younger doe stood darn close to me, if they saw me they didn’t care, the chaser buck held their attention, totally. He didn’t see me either. At least not yet. 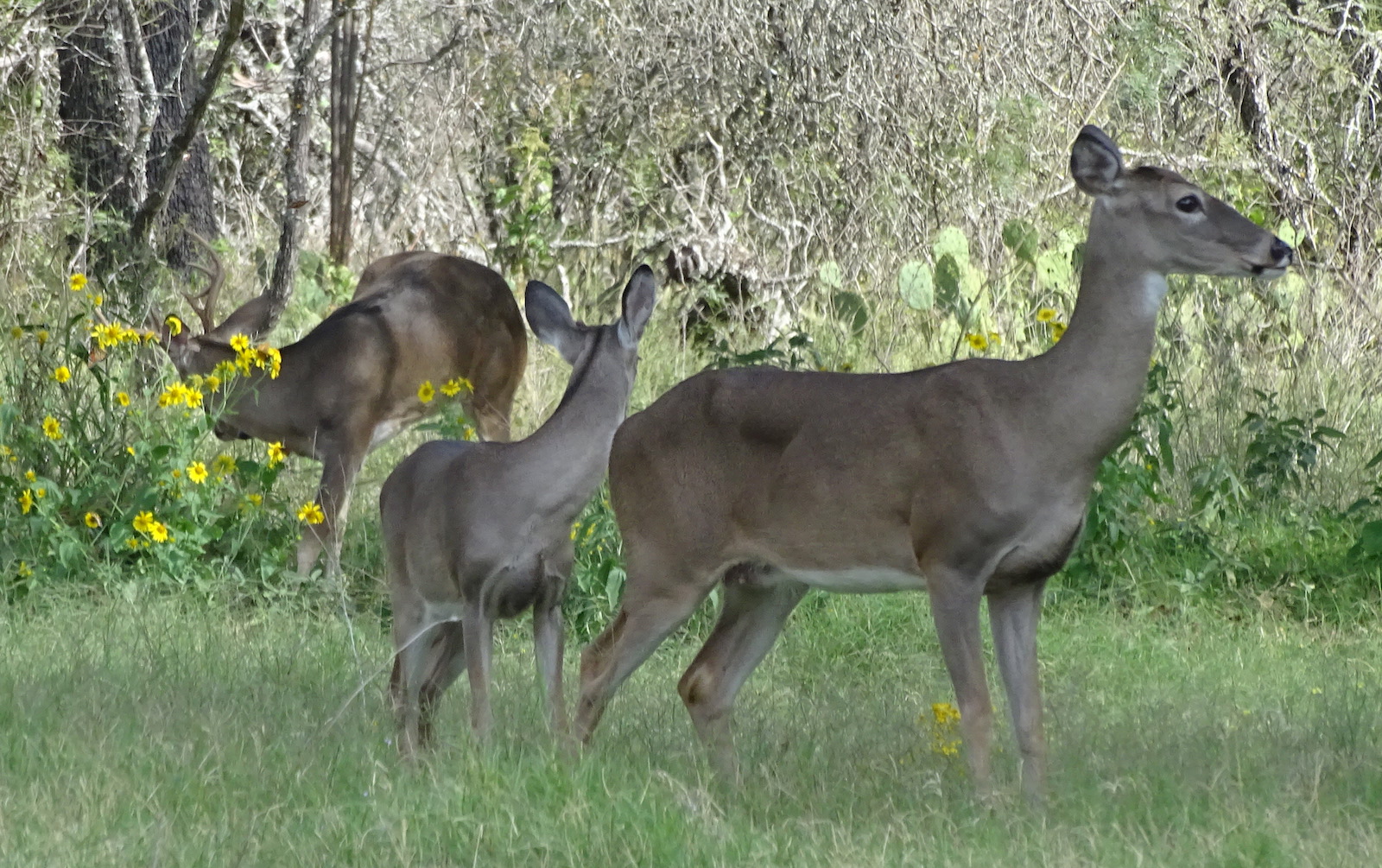 The buck, a young 8-point hooked some brush close to him and yanked it around. Both does were nervous. The larger doe took a few steps to my left and I zoomed in tighter on the Buck and the younger doe. 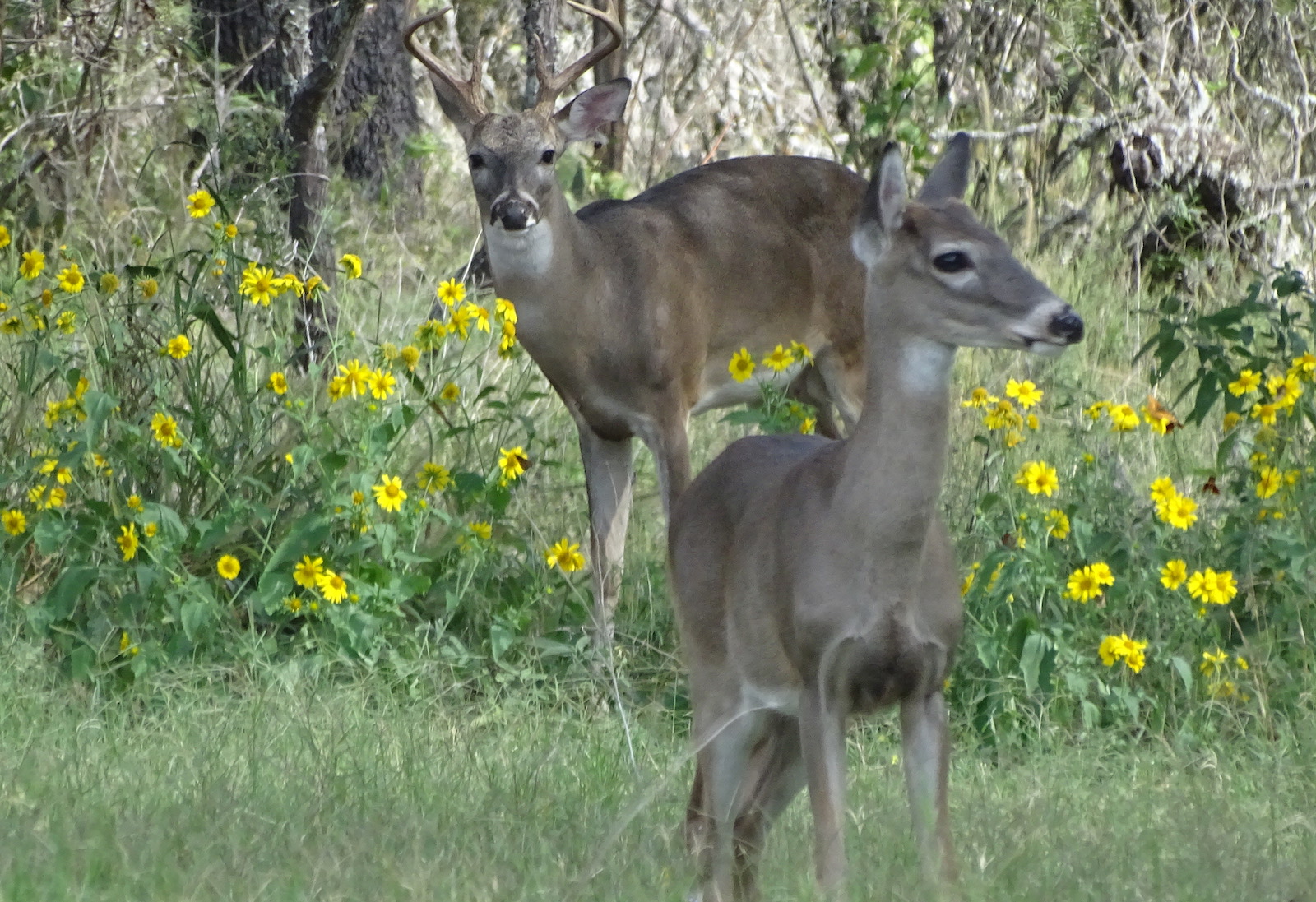 The doe went to the larger doe and stopped by her. I centered up the buck and got what I thought would be a nice picture of him. 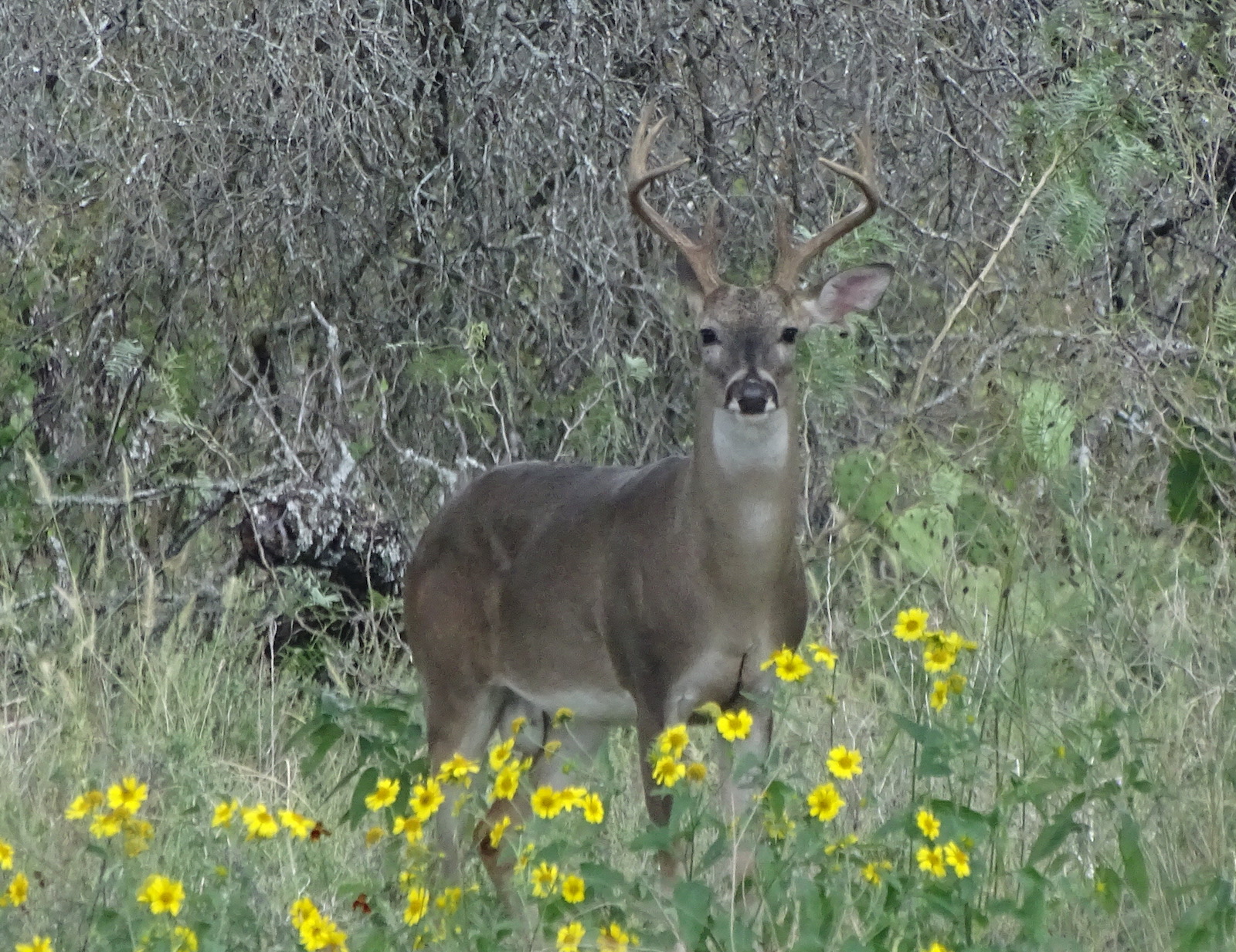 The seconds turned into a few minutes, the buck held his position on the edge of the woods. The does stood between us acting nervous. 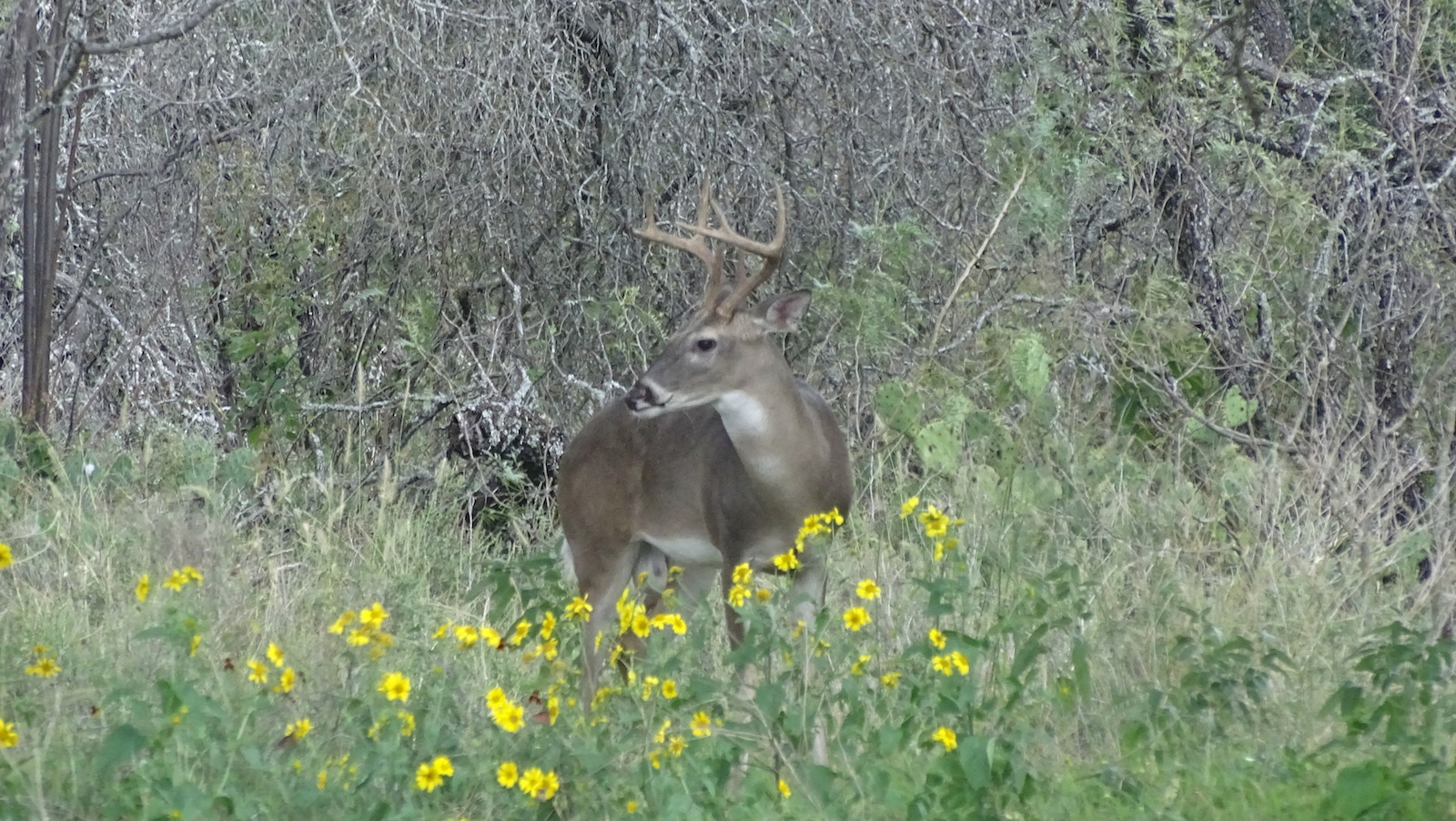 The buck stepped out of the wood’s edge and the Boss Doe reacted by hurrying past him. Her hocks are visible in this picture. The buck did not move until the younger doe passed him. 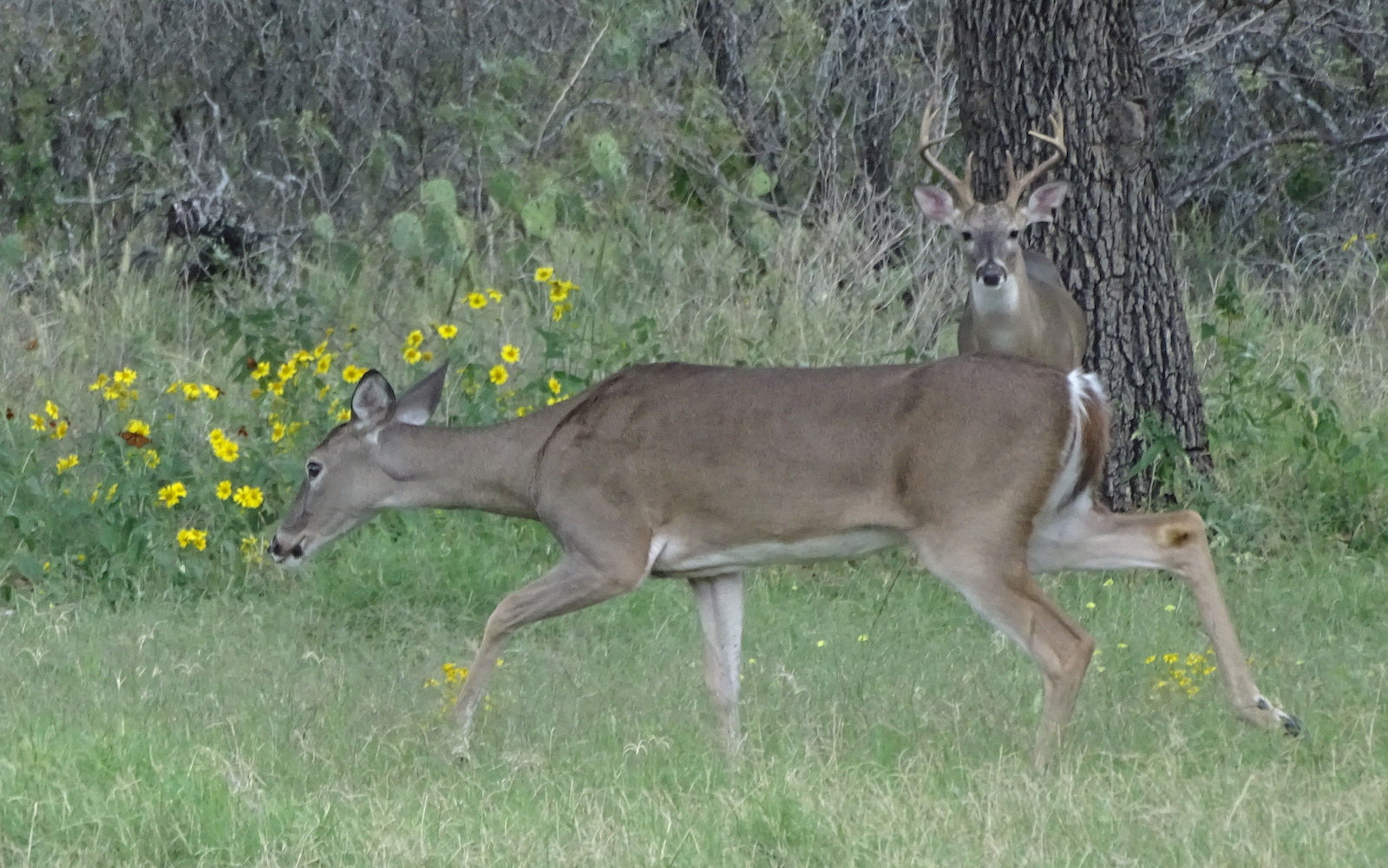 And he went after the does, following them along the edge of the woods and disappearing from view. 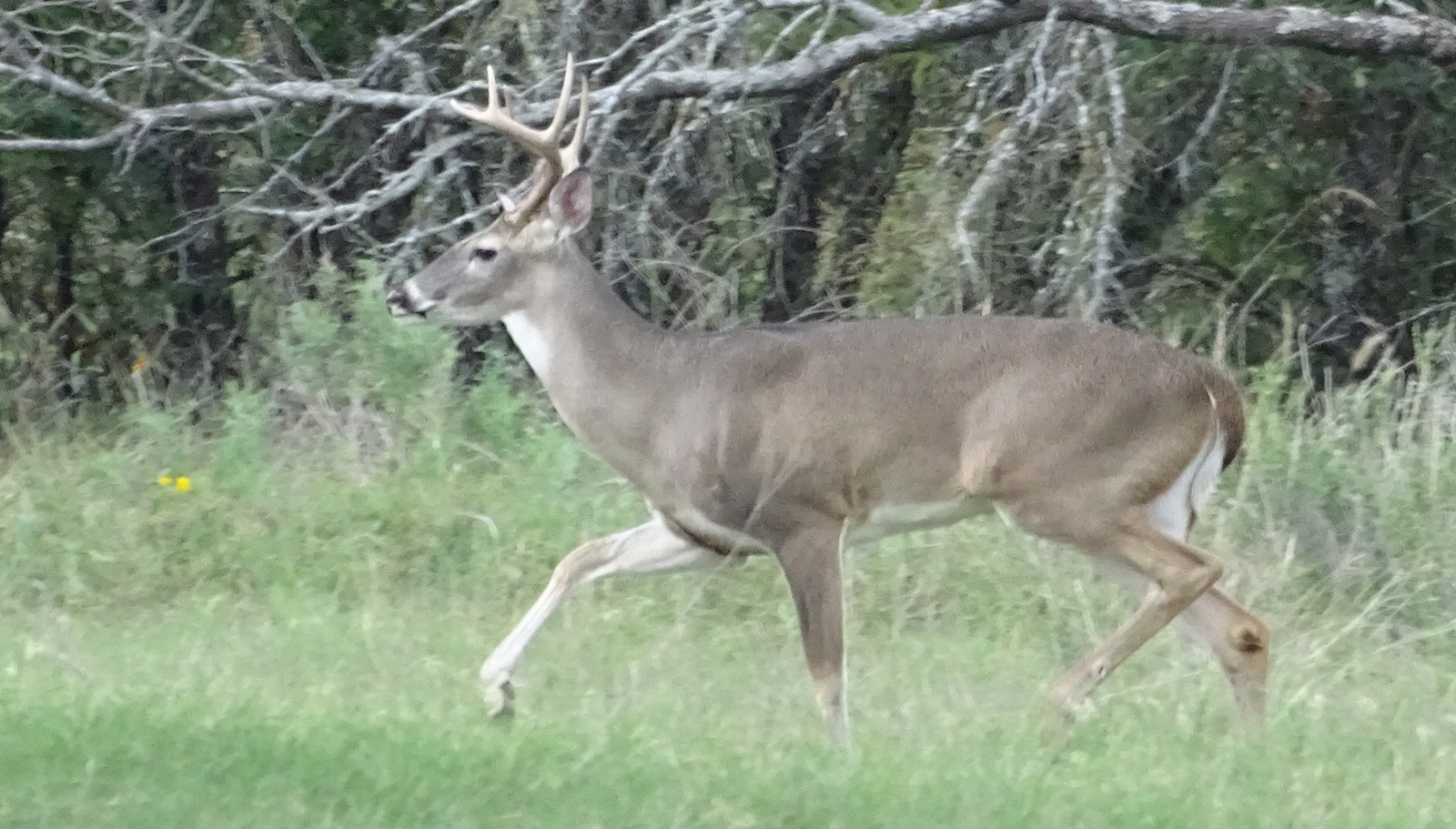 At 4:00 as I was copying the pictures from my digital camera to my laptop 3 does hurried throgh ny front yard, west to east. I watched to see if a buck was after one of them but I didn’t see one.

On the afternoon hunt both Robbie Cramer and The Duck saw bucks chasing does. Yep, we are pivoting right along.

Don't Overlook Anything While Scouting