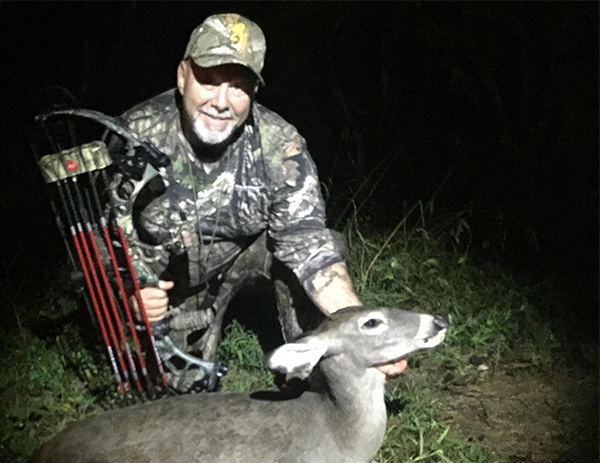 The Chef wanted to change tactics and hunt from a treestand. Of course that was no problem and the Duck drove him out to one in a funnel adjacent to a plowed field. And I took Fred out to another funnel between and directed him to a Tripod stand where I had a game camera earlier that took a bunch of pictures of deer and bucks, including 2 big racked mature bucks that were coming through separately as well as regularly.

Both bowhunters saw a handful of deer but everything was out of bow range. Chef took an iPhone pic or a young buck that came through his area. 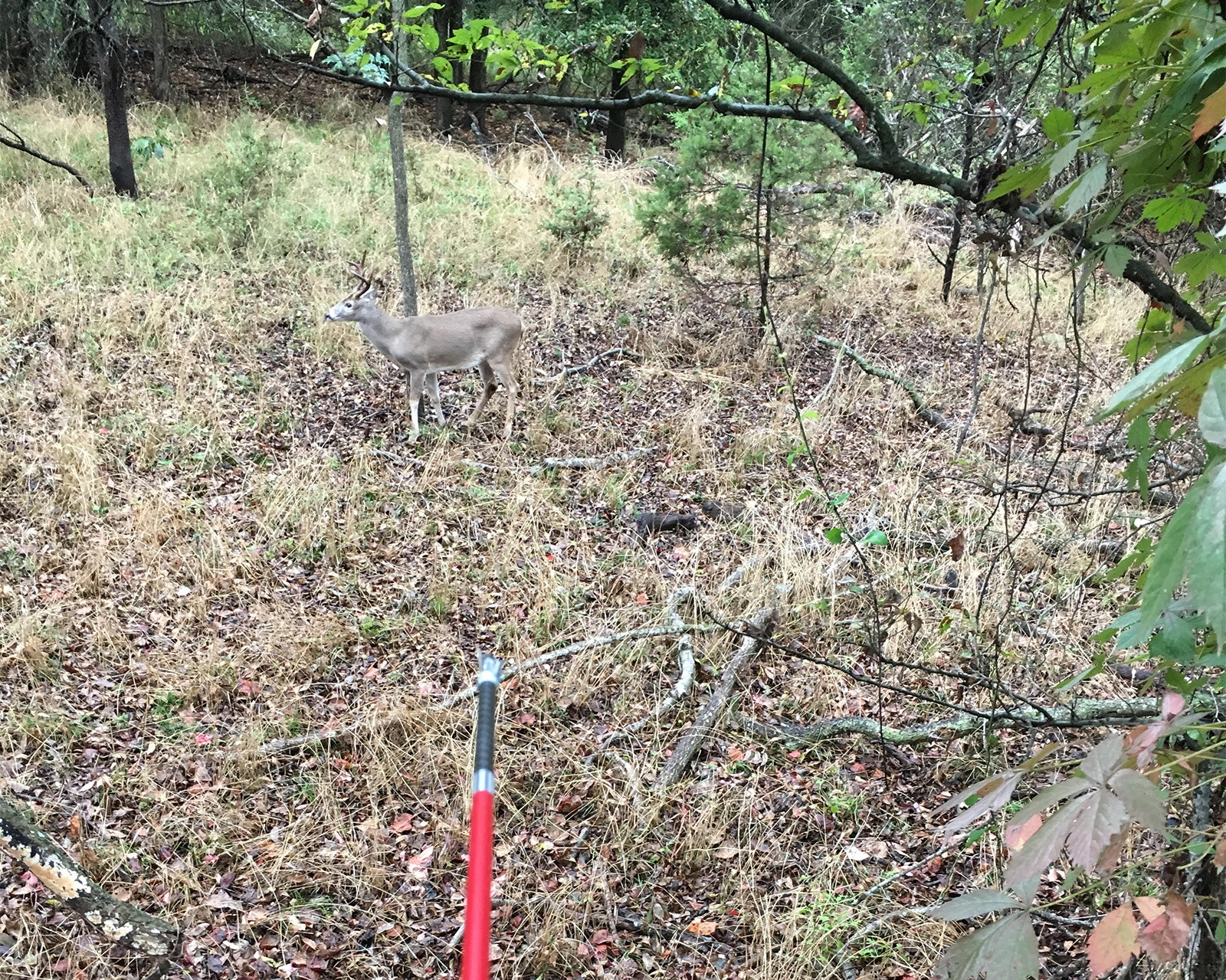 For lunch Chef Klaus opened up a cooler that he had brought with him on the airplane and got out the first of three big surprises, thick. top quality filet steaks and prepared a delicious meal. My steak was cooked perfectly and was one of the best I’ve ever eaten.

The afternoon hunt was at the same stands. Fred saw deer at a distance. And Chef got the real action. At Deer-30 a nice buck came through behind him and he couldn’t get a shot. Next he saw a doe walking along the field’s edge. It turned on a trail that went through his shooting lane, but it didn’t stay on the trail and angled even closer. Chef took his shot and the deer bolted and collapsed in 5 yards. 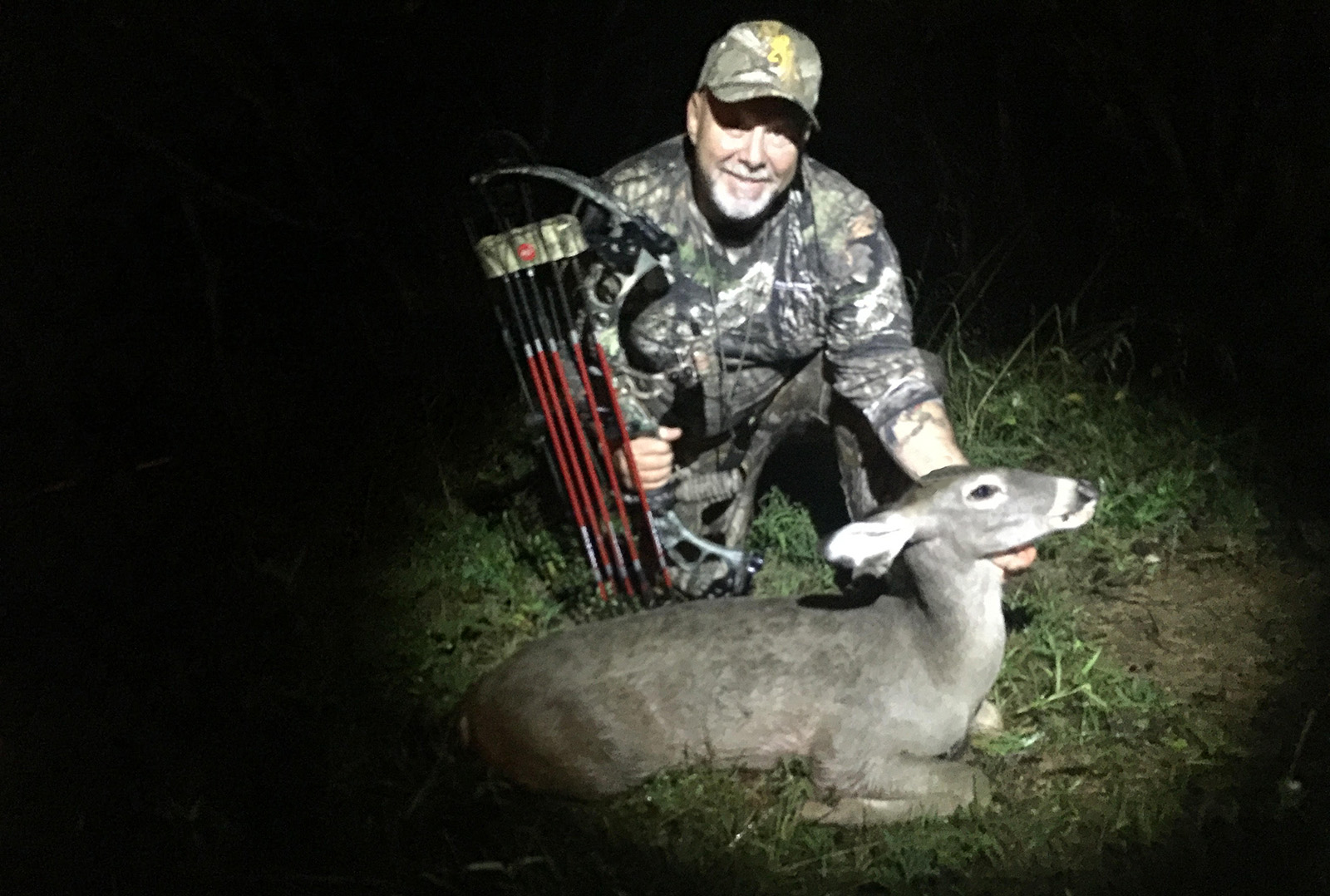 Mike Ditschler, Chef Klaus, with his Texas doe. He used a Mathews Chill bow and his broadhead was a Grim Reaper Whitetail Special 3-blade. Mike commented, “I’ve never seen anything go down so fast, this broadhead is a serious killer.’

After the hunt everyone was tired and Mike reached into his magic cooler and brought out the makings of some great sandwiches and we dug in and then turned in.