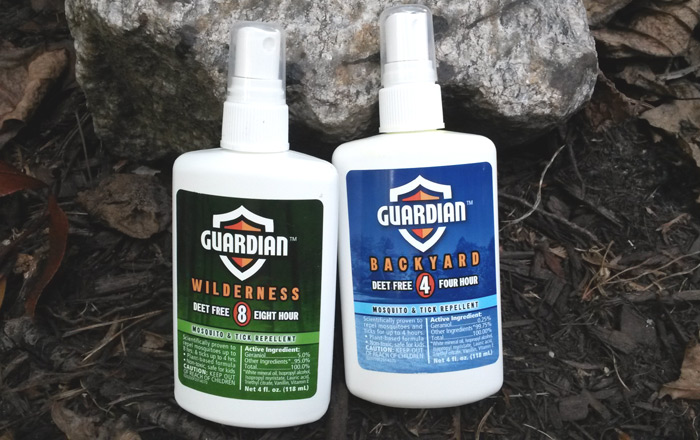 Cougars, bears and wolves…these are the most common reasons for hunter angst when we enter the wild lands of America. That flash in the brush or the snap of a twig in the growing darkness often halts the step, or sets the thought process of the human from predator to prey.  And, fortunately for the overwhelming number of hunters in the woods—they simply do not encounter any danger from these four-footed predators. Yet, the woods are absolutely loaded-up across North America and around the world with serious dangers to hunter’s health… and they are so small that you can’t see them until they are literally on you!  Mosquitoes, ticks and flies can kill you! Yes…Kill you!

Hunter and fisherman awareness of tick borne Lyme disease has thankfully become a thought more in the mind of wildland users over the past 20 years.  However, this is only one of no less than 8 other diseases that the insidious little ticks can carry and pass along from a single bite. And then you have both the night and day mosquitoes that pass along another 7 diseases from a bite and several of these infections have been responsible for the deaths of millions of humans around the globe and the recent addition of Zika virus in conjunction with the new comer West Nile Virus has North Americans changing their recreational habits as a result of this tiny buzzing death. And then you add in the list of complaints and bacteria born diseases from fly bites.  The heebie-jeebies kick in gear when you step outside and hear that first “buzzing” sound.

Modern science has made grand attempts to produce ‘bug juice’ to ward off each of these nasty little ‘bugs’ but along with the front running chemical solvent DEET, came certain possible affects of breathing difficulties, skin rashes and headaches.  And as a “solvent” the damage to plastics and other surfaces in hunting equipment are an additional down side. DEET is certainly effective on mosquitoes- not through blocking their attention to CO2 given off in human breath, which is the main attractant but, it actually is a chemical that mosquitoes hate the taste of.  But, this chemical is not recommended for children in more than 10% strength and with other limitations on use for them, nor the end-all of what a hunter or fisherman can use to ward off these pests. When a bug-juice has a ‘caution label’ on the back of the container, that is a big as the product label on the front…well, maybe a look toward something else may be in order.

This summer I received two spray bottles of GUARDIAN DEET-FREE “Wilderness 8 Hour” and “Backyard 4 Hour” Mosquito and Tick repellent. These sprays are plant based formulas and “Children Safe”.  Geranoil is 5% in Wilderness strength, and .25% in Backyard strength.  Geranoil is the primary ingredient in the oils of rose, palmarosa and citronella and other ‘essential’ oils.  The oil, being non-water soluble, stayed on my skin during the heat of the day when I sweated out walks in the woods.  And though this was mercifully a season of fewer mosquitoes than normal, far less than normal;  the down side was that the populations of ticks were off the chart.  And the constant menace of sweat flies or face flies was a constant annoyance as well. Until I sprayed on the Wilderness strength Guardian.

The light floral scent of the sprays were quite natural to the areas I hunt around Southern Oregon.  And, I found that deer did not spook from the scent. Contrary to being able to obviously smell the spray, they seemed to be drawn a bit by the sweetness on my clothing.  This was definitely not the result I have found with ‘chemical’ sprays in the past.

Ticks were put-off by the use of this spray on my clothing and the numbers of these hauling back to camp with me dropped right off the chart.  And a bonus beyond putting off the ticks and mosquitoes was the fact that the bumper crop of “sweat flies” found this spray completely off their menu.  Sweat flies, deer flies or ‘face flies’ are biting little buggers and beyond that, simply the constant swirl of these in front of a hunters eyes and ears is an annoyance that eventually leads to a swat at them and a blown stand by that movement. Often deer laying up in the shade during the heat of the day are noticed by a hunter simply because the flies constantly bother them to the point the flapping of their ears give away their hide. For the sharp eyes of a deer—how obvious is it when a hunter slaps at this annoyance with a hand?

It was nice to find these sprays to be effective without all the chemicals many other repellents are made of and that sticky feel that comes along with it.  And coming back to the house without the normal complement of bites that come from an outing in the woods was really a nice comfort.  These Guardian DEET-Free insect sprays are now an essential part of my hunting pack.  You may find them by going to: Guardian Repellents

Search For The 10-Point