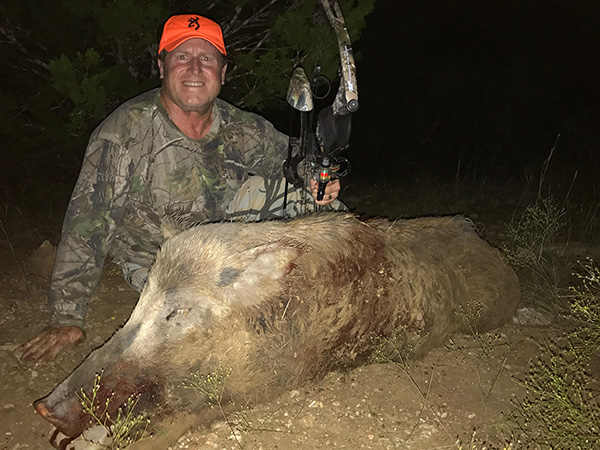 John and Bryant Askew came down to visit and hunt with Fred Lutger and Chef Klaus. All of them bowhunted in the morning. A number of does and a couple of bucks as well as some wild turkeys were seen but no shot opportunities happened. Bryant is a FireFighter in the DFW area and enjoys cooking meals for the crew. He volunteered to cook breakfast and got to it. It was very good.

At 2:00pm everyone went out for their afternoon hunts. I dropped Fred off at an area I call the Slew Hole and had him hunt a Double Bull In The Sky I have set up in the vicinity of a core scrape that gets lots of buck activity every year.

The rut is in the early stages and a few bucks were seen chasing does during the afternoon hunts. A couple were in bow range but on the move and not a good shot.

John Askew had most of the action during the afternoon hunts. John is hunting on a Tripod stand located on a hill top 50 yards from a stock pond. Two groups of wild turkey hens came the area. Soon after a small group of gobblers came along the same trail the hens had used. The area has lots of cedar trees and some brush sized live oak trees that are dropping acorns. When the Toms were behind some cedar trees John came to full draw. However, due to the close quarters around the the gobblers they got through without giving John a standing still shot.

At Deer-30 he noticed a wild hog in the live oak trees. It was a big boar. As the boar moved around slowly, eating acorns, he stepped into an area where John had a shot opportunity. He drew. But the hog turned toward him and John held for a while and had to let down.

Soon the boar turned broadside and John went to work, he put his sight pin on the boar’s vitals and took his shot. The arrow hit the boar’s ribs and noisily bolted away. John saw him crash down in the trail leading to the pond. 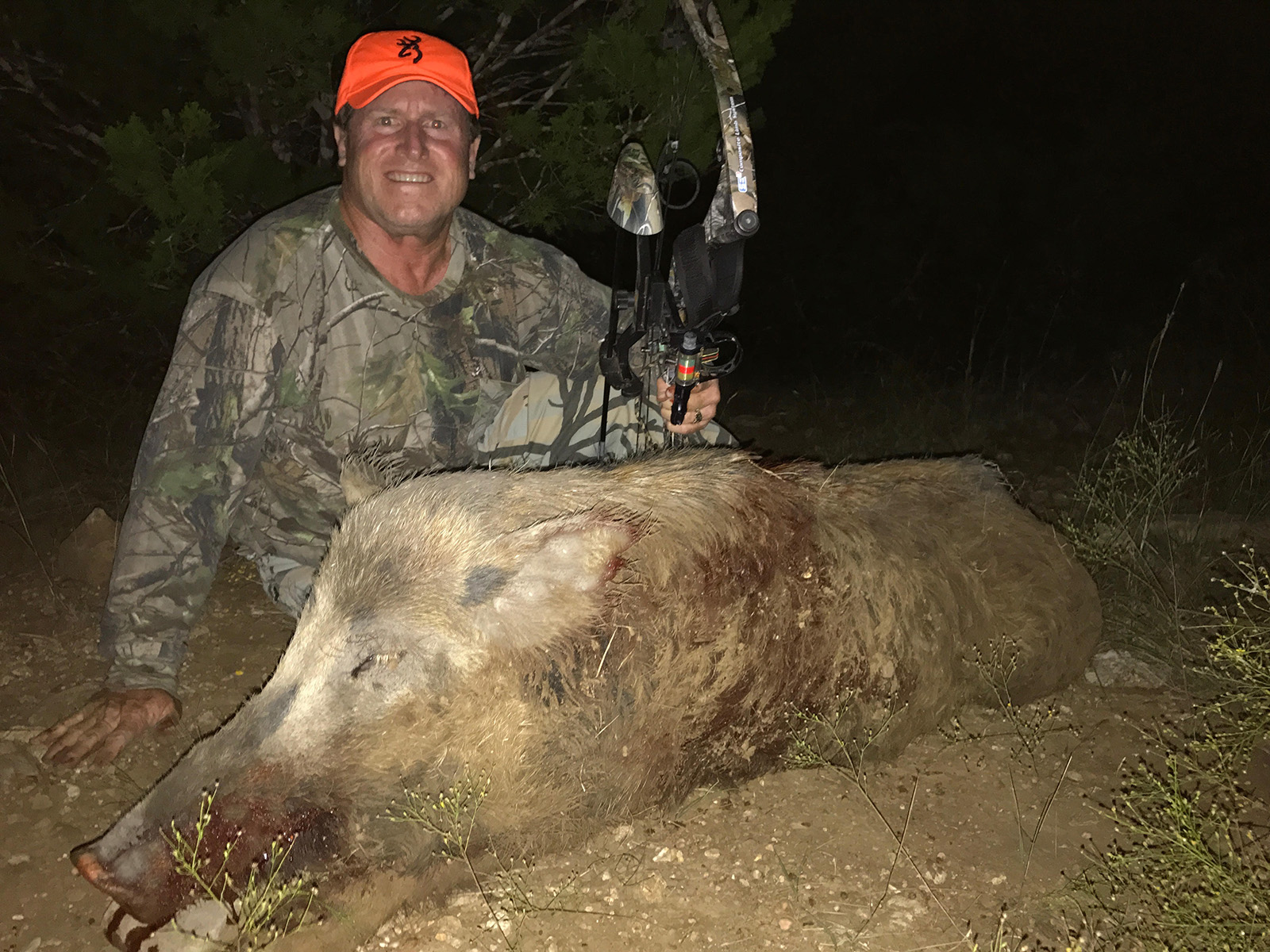 John used his Mathews bow and a Whitetail Special Pro broadhead from Grim Reaper Broadheads. John’s well placed shot and the broadhead’s wide cut put the hog down fast. The Duck took a picture and helped him with the pork chops and hams, and into the  camp freezer he went.

My First - With a Bow