by Shemane Nugent
in Bowhunting Posts
0 0
A A
0 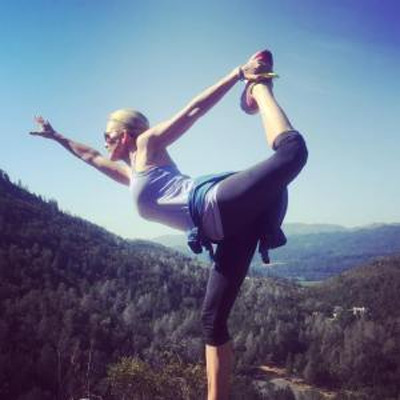 The room was completely dark except for the illuminated “Exit” sign.  As I lay on the floor in a supine position, sweat streamed down the side of my face, arms and legs. Toxins and stress drained from every pore.  It had been fifty-eight minutes of the most strenuous stretching, balancing, and hard-core strength exercises a body can tolerate, but as I lay in my own pool of sweat, I felt elated.  Yep.  Elated.

The instructor, Michael, taught an intense power yoga class which included traditional yoga postures combined with a series of faster paced moves which called for a bit of mental gymnastics.  When a difficult pose ended, another began. There was very little rest. When we were instructed to hold a challenging balance that required muscular strength and stretching limbs and torsos beyond what was once imaginable, my mind played its usual tricks:  leave now and go get a cappuccino…why are you working so hard on a Sunday when you could have slept in and read the paper….there’s a woman at least ten years older than you bending like a pretzel…..c’mon…you can do this, etc…

At times, there was no music, just the sound of the instructor’s voice encouraging us to go deeper into the pose, or take just another “sip” of breath. Serious and seasoned yogis use a diaphragmatic breathing technique that’s supposed to bring attention back to one’s breath, maintaining calm and focus amidst chaos. The mind continually races, however, with thoughts of “I should have worn the black tank top….what am I having for lunch….to…I bet I’ll lose three pounds of sweat from this class…”

While there are many different kinds of yoga, including Hatha, Vinyasa, power, gentle, and everything in between, yoga has evolved from thousands of years ago. Today, yoga is a culture of its own. There are people who do (it) and people who don’t.  You either fall into one category or the other.  There’s little flexibility because many gurus are so serious about their craft. Although I’ve been in the fitness industry for more than thirty-five years as a choreographer, program developer and instructor, I often feel as though I’m out of my league when I attend a yoga class.  It’s a feeling akin to sports fanatics.  You either like to watch games or you don’t.

The yoga culture extends to manners and clothing, as well.  Be prepared to speak in a whispered voice and be cognizant of your space when entering a yoga studio. Smiles are given freely and often, except when walking on someone else’s mat or (gasp!) when a cell phone buzzes. Anger is simply not welcome.

Stretch pants previously reserved for the gym and only the gym are now seen on both hockey moms and dads in and out of yoga studios and worn as a statement; “I can do the splits and I eat kale.”

The lights dimmed with just a hint of radiance from the gorgeous chandelier above me and the music became so loud I couldn’t hear myself or the person inches away from me breathe, or fart, although I’m quite certain that happened to at least one of us during the hour.  It felt like a nightclub scene, but without any alcohol or pick-up lines.

The instructor never demonstrated any moves, and as an intermediate yogi, I was unfamiliar with the sanskrit terminology, so I cheated by looking at those nearby including my son, Rocco, who is currently attending yoga teacher training.  Not realizing we would have to remember sequences, I simply played “follow-the-leader” as I mimicked those around me in the shadows of the dimly-lit room.

At the end of the class, when it was so dark I could only see the ‘Exit’ sign, we laid on our sweaty yoga mats, exhausted and exhilarated at the same time. It was quiet, with only a faint sound of deep, relaxing sighs.

Then, with the first sound of the piano notes, it started.  I felt a tightening in my throat, and heavier, more intense breathing.The music blasted, but this time with a more peaceful, poetic combination of Gaelic, New Age and classical sounds that both calmed and comforted me.  The volume of the music grew along with its intensity to levels that I felt in my bones. Suddenly, a persuasive, emotional wave took over me and within seconds, tears filled my eyes and streamed down my cheeks.

I began to weep.

Salty tears of elation mixed with my hard-earned sweat.

And it felt so good.

I’ll see you there!

You can download a copy of my latest book, “4 Minutes a Day, Rock ’n Roll Your Way to Happy” on Amazon.