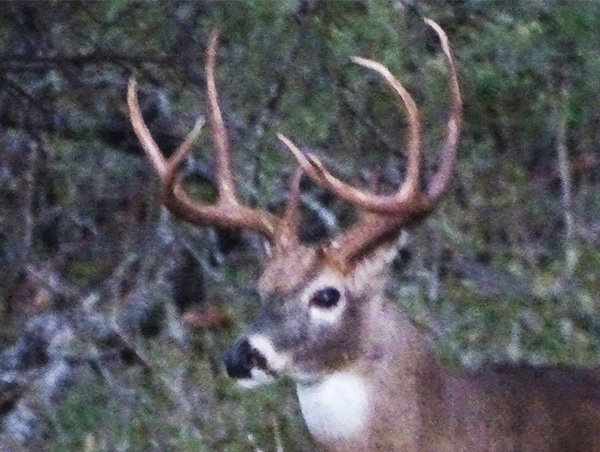 The Hard To Locate Buck Gets Located By One Of His Own.

One thing I’ve learned over the years is that the big, mature bucks get that way for a reason, they find routes around their area that keep them out of the way of hunters. They can even weave themselves past hunters without the hunters knowing they are even in the area.

For example, it’s fairly common to hear a deerhunter say their game camera took a picture of a monster buck but they somehow can never see that buck when they are in their stand hunting. I’ll let you chew on that, but the answer is pretty obvious.

A couple of weeks ago I had real treat in the deer woods. Some years I’m on the lookout for particular bucks; in 2016 it’s Claw Head, Curved Horn and Alley Buck. I saw Claw Head frequently as he went from a 3 1/2 year old buck to 6 1/2. Truthfully, I’ve never actually seen Alley Buck although I have quite a few daytime game camera pics of him thrashing scrapes and weaving through several different wooded areas since 2011. And Curved Horn buck sightings have been sparse but I’ve seen him every year for the last 4 years. And on the day mentioned above I was gonna get lucky and see Curved Horn this year.

A buck was in my hunting area and suddenly he went to attention, head high, and focused on something in the trees that I had not seen. 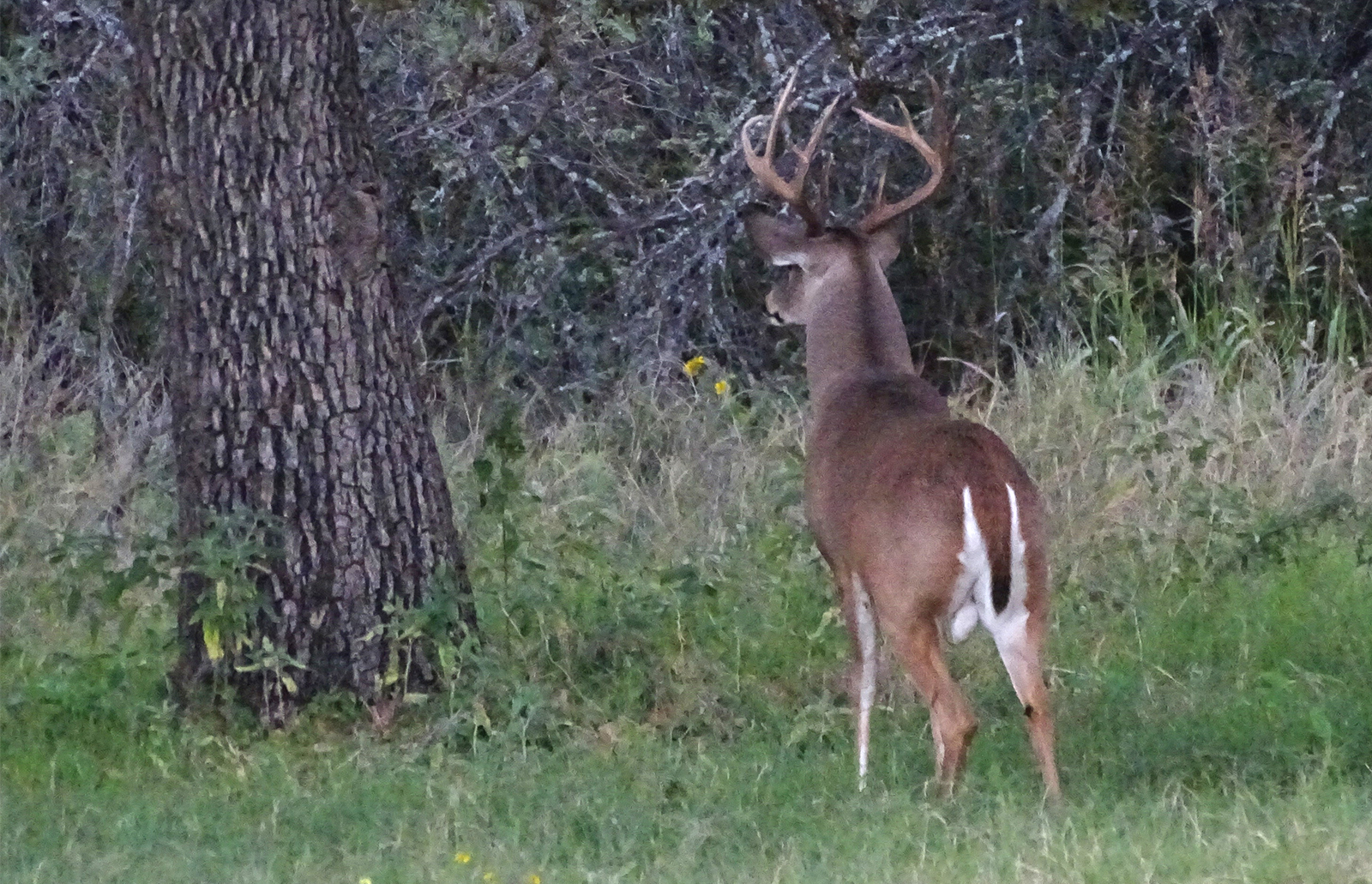 By his posture and intensity I knew he was watching something, possibly another buck, and one of note. Thanks for the Tip-Off. I looked where the buck was looking but didn’t see anything until I saw a slight movement about 100 yards away. 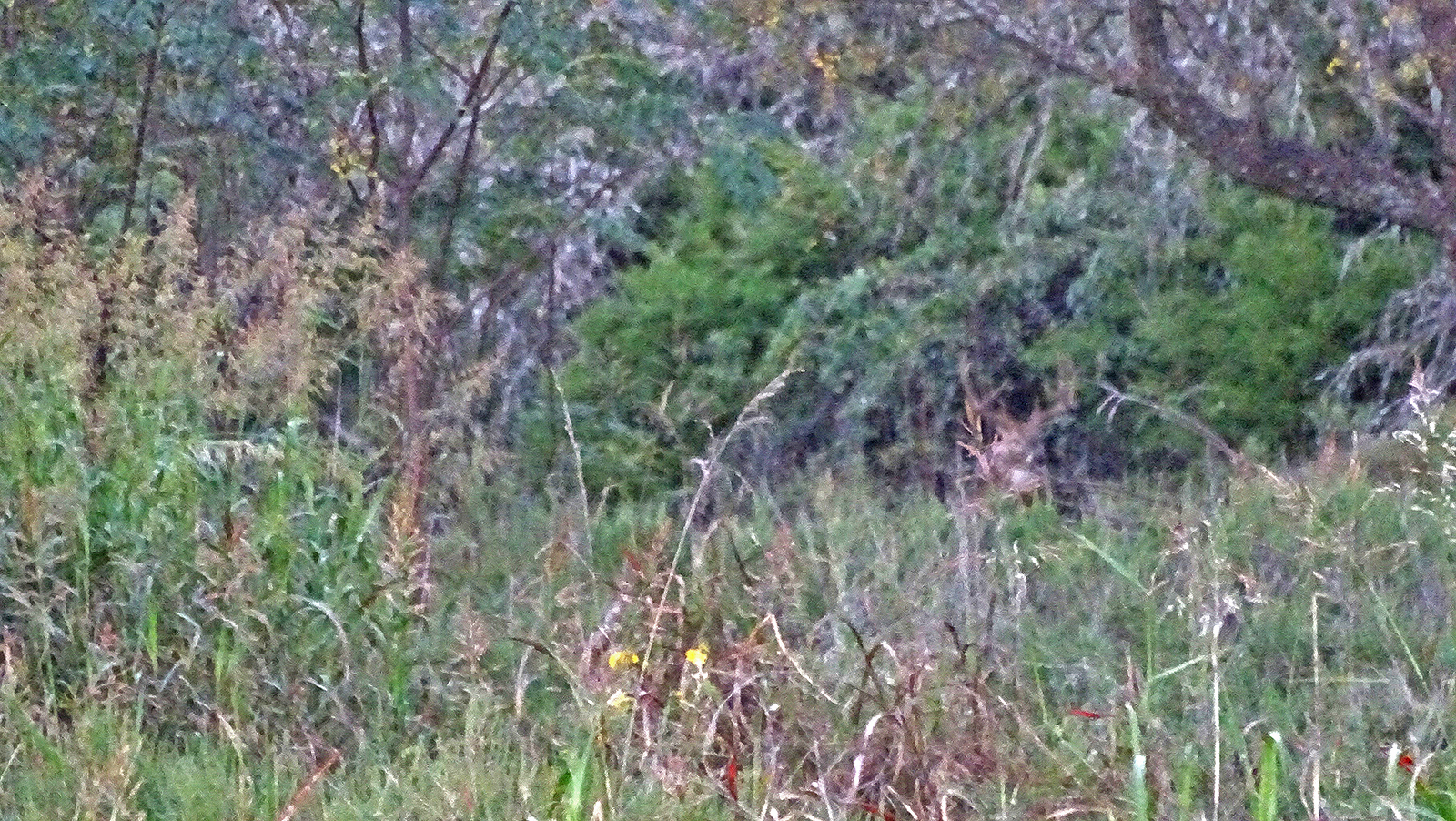 The new buck remained motionless for quite a while and then stepped clear of his hiding place back in the trees. I zoomed in on him and took his picture. Through the camera’s viewfinder I recognized him, the Curved Horn buck. 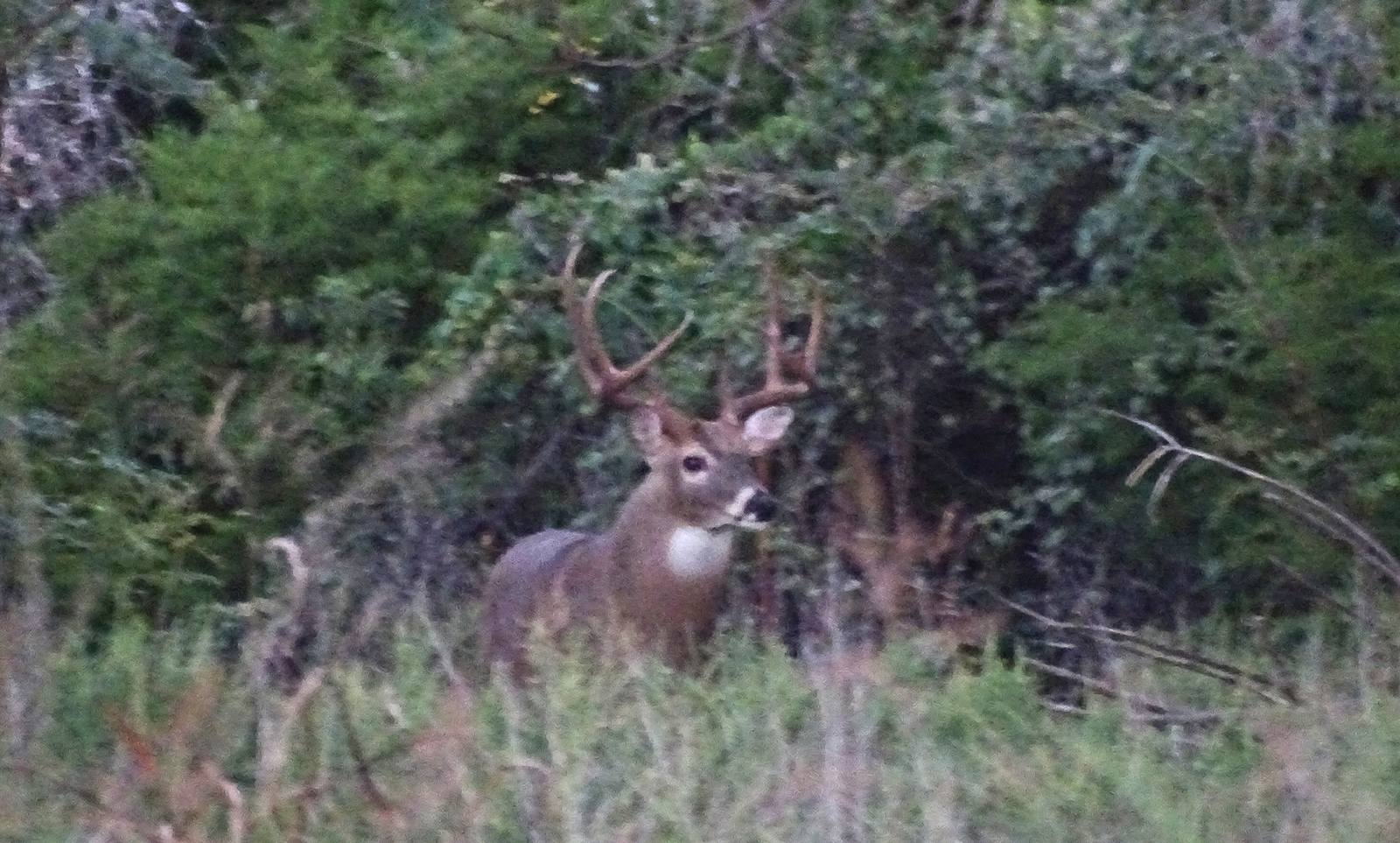 He was all about walking around the area and I stayed with him on the camera. 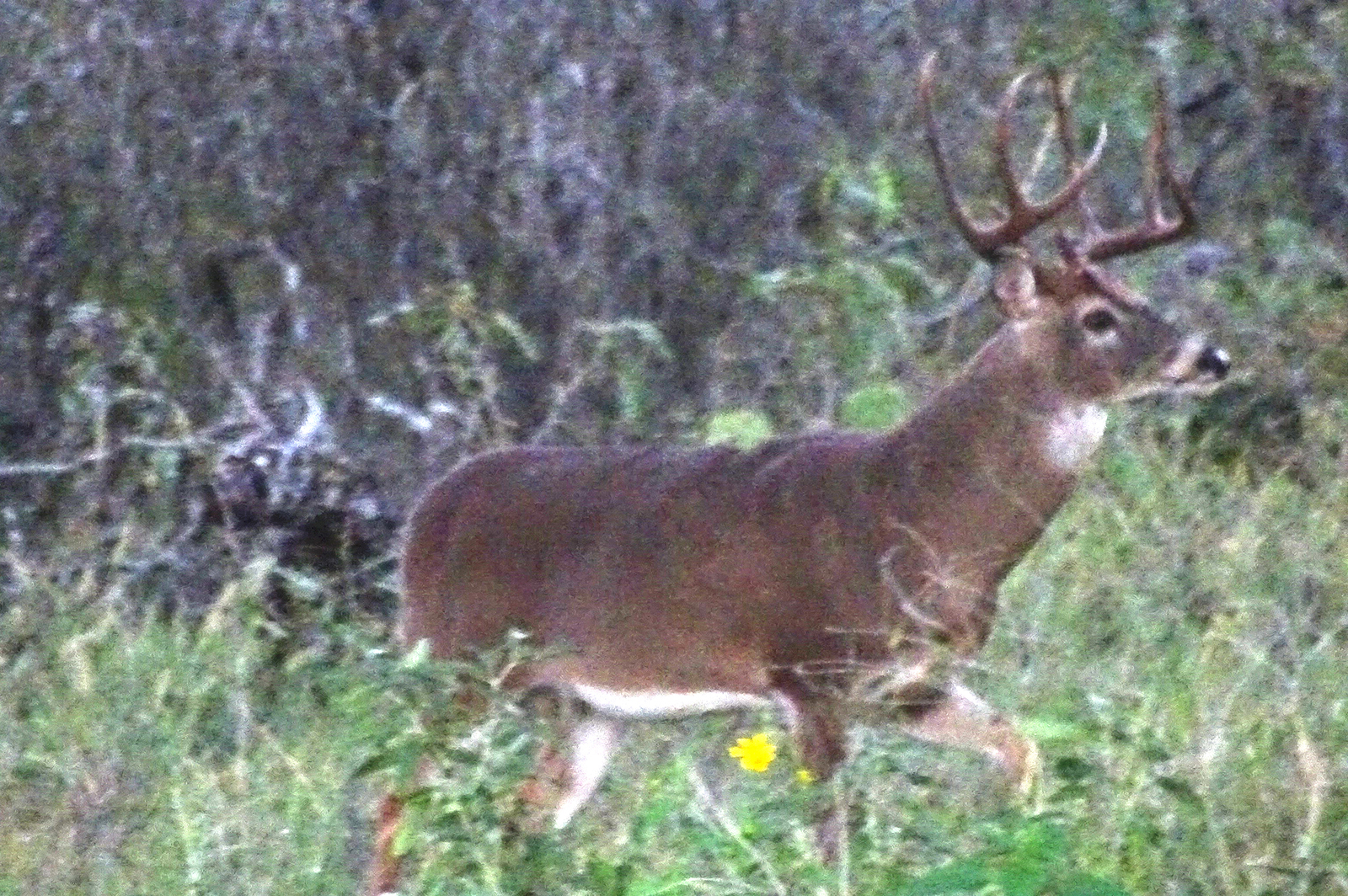 Here, he saw something in the brush that I couldn’t see and turned ends and watched it. 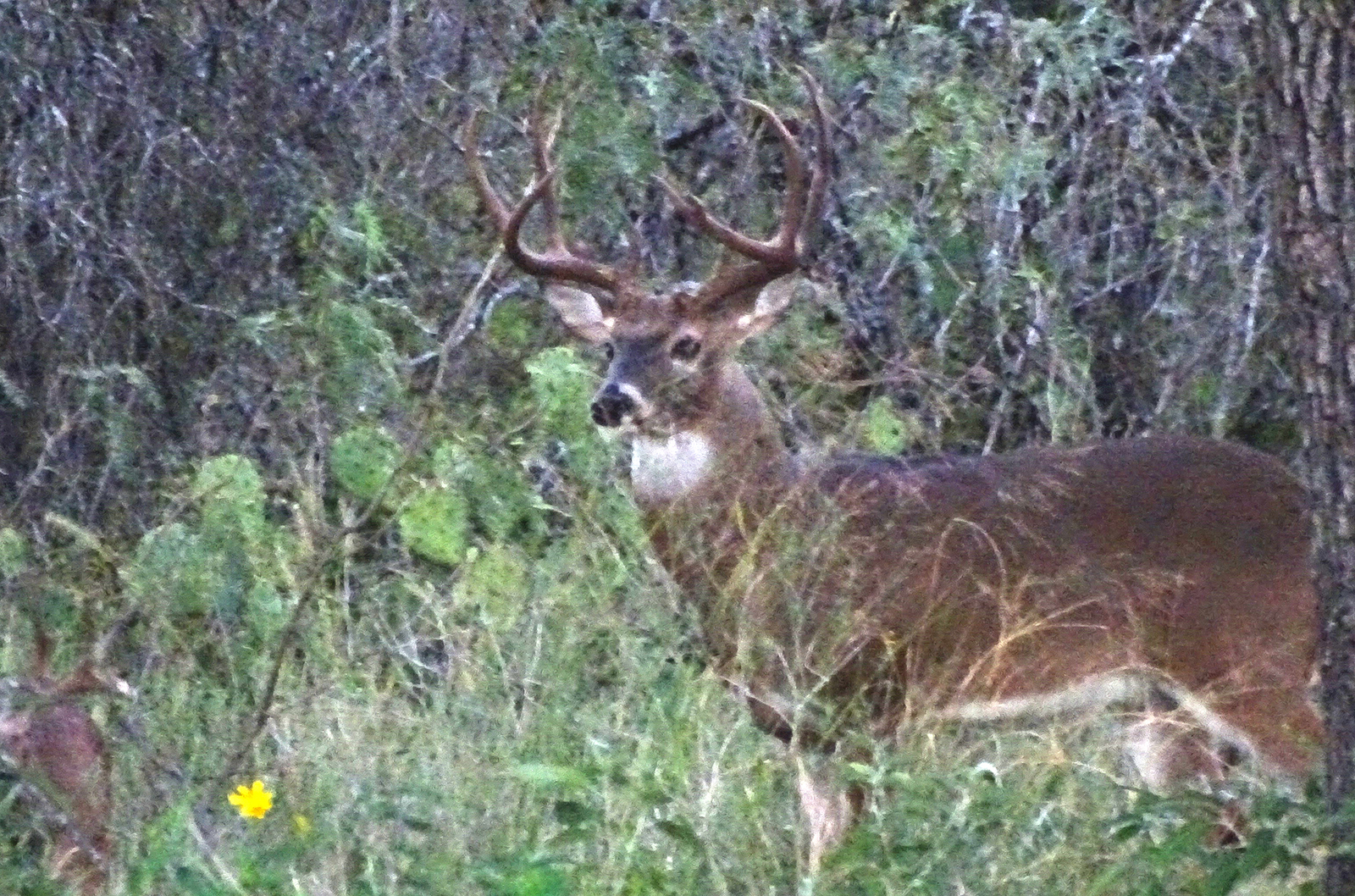 He got back in the shadows of the trees. 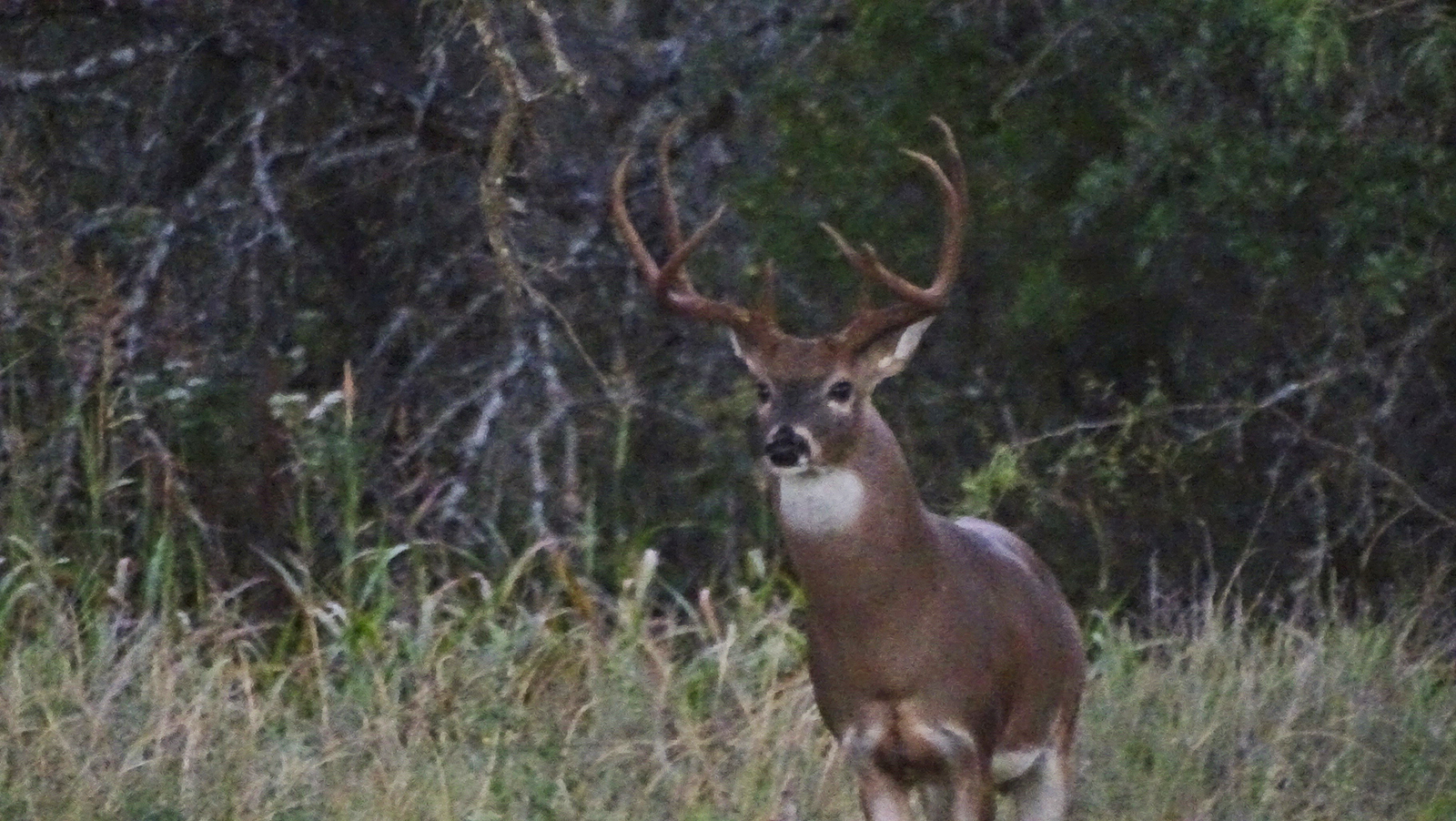 When he saw another buck, the one I call the War-Paint buck, he walked over to him to let him know he was the boss of the area. 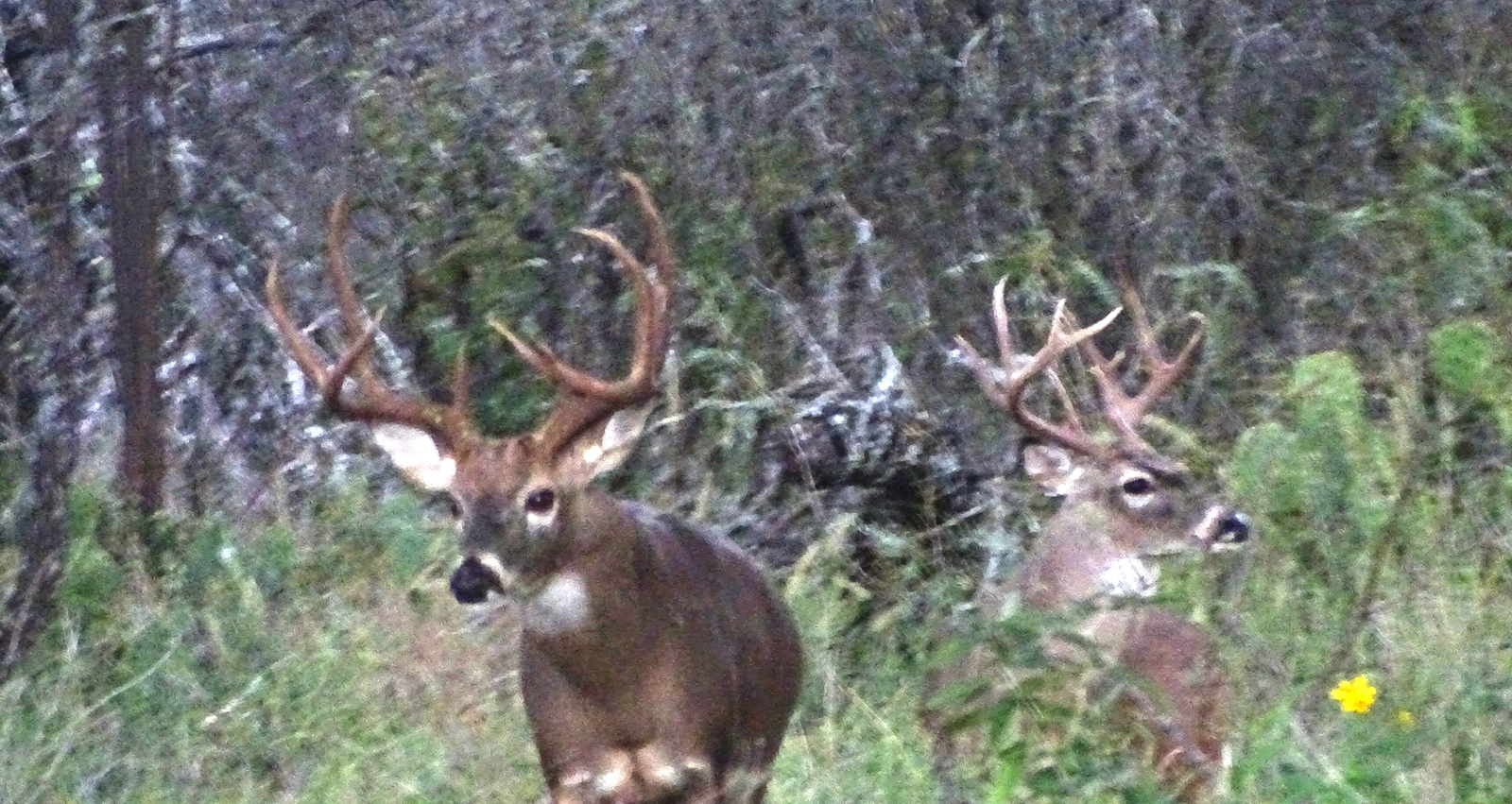 Curved Horn has always been an 8-point but this year he has an additional crab claw point. 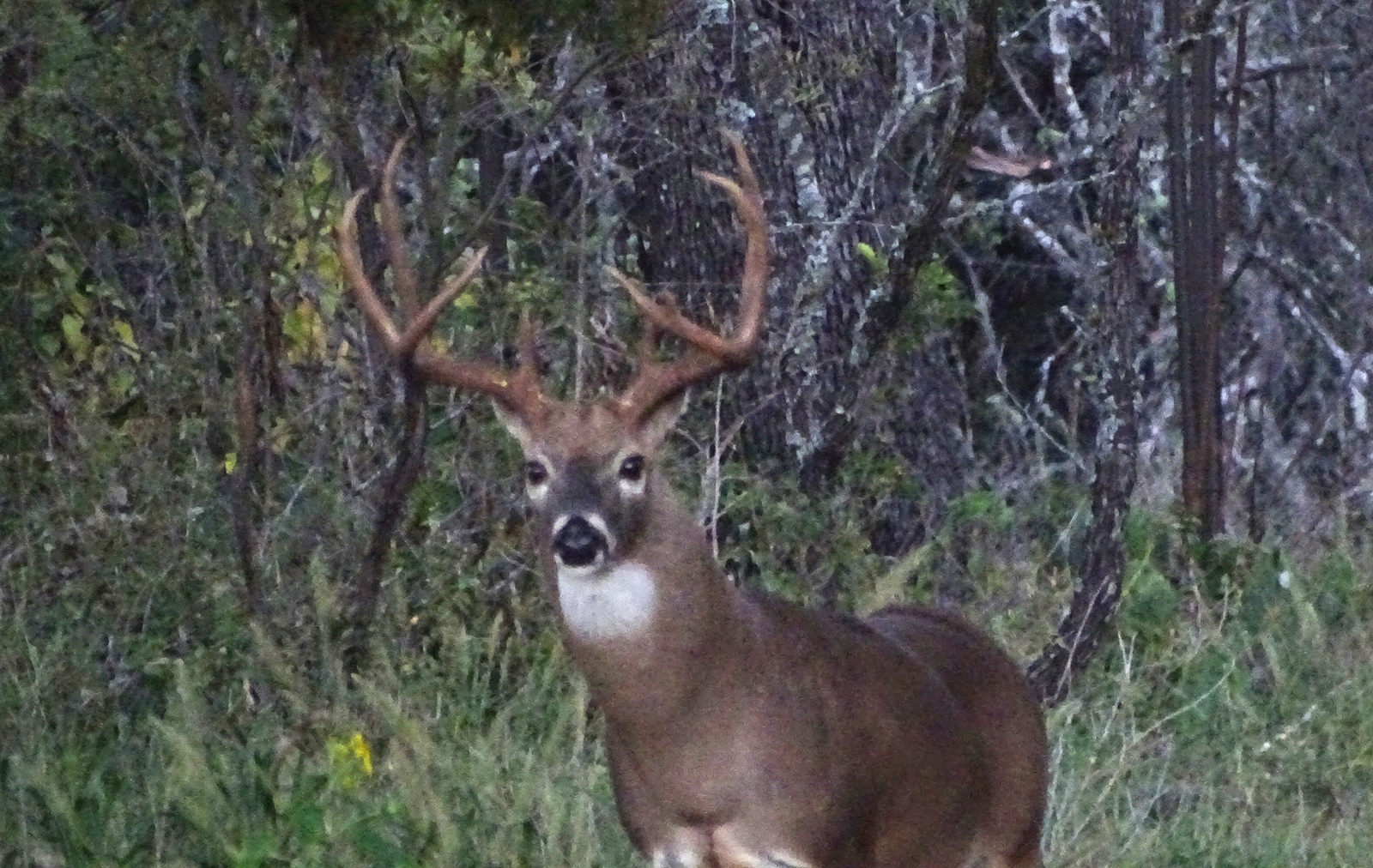 As he looks into the woods behind himself we get a nice view of his neck and body. 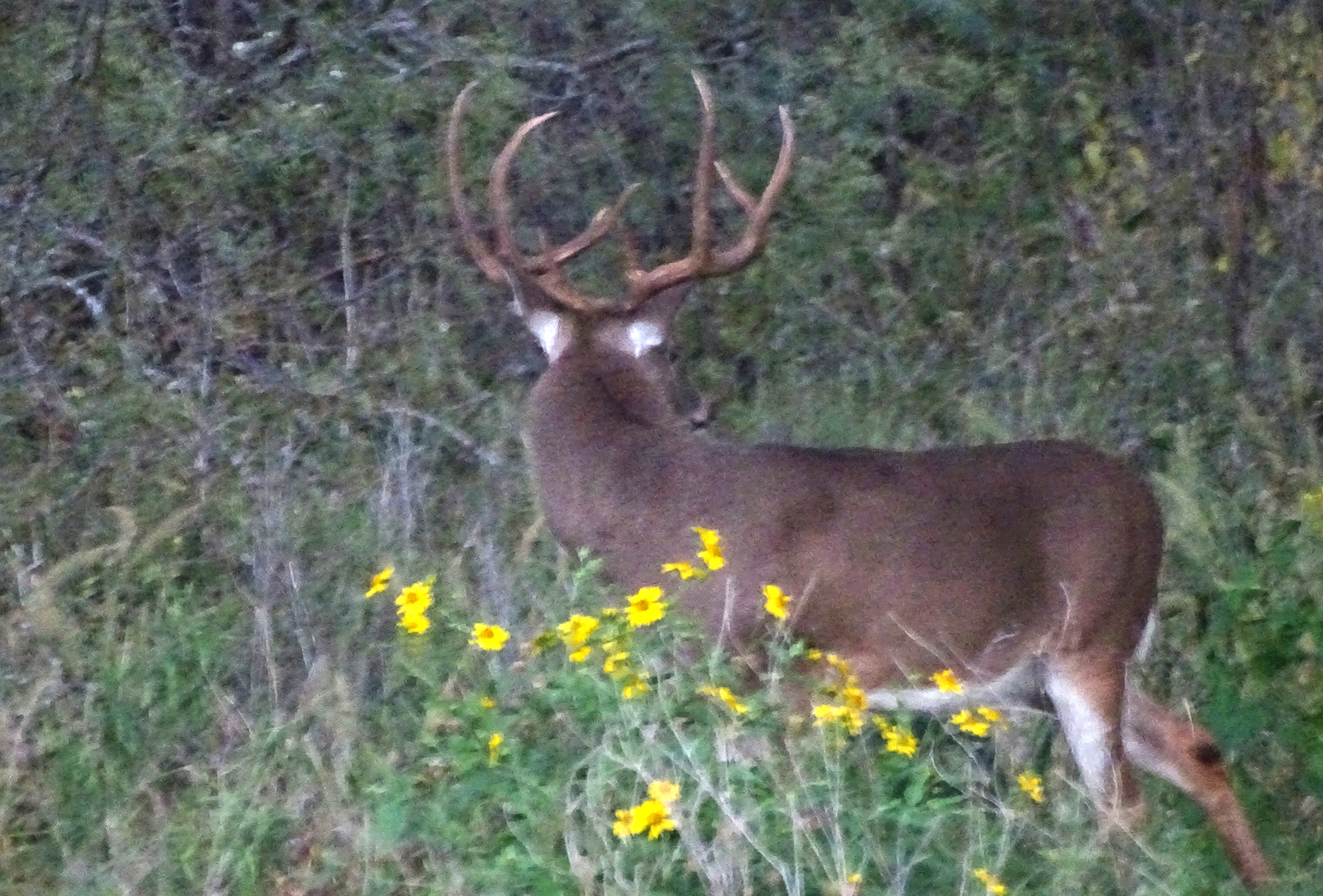 Then he turns his head and I get another nice picture of him. 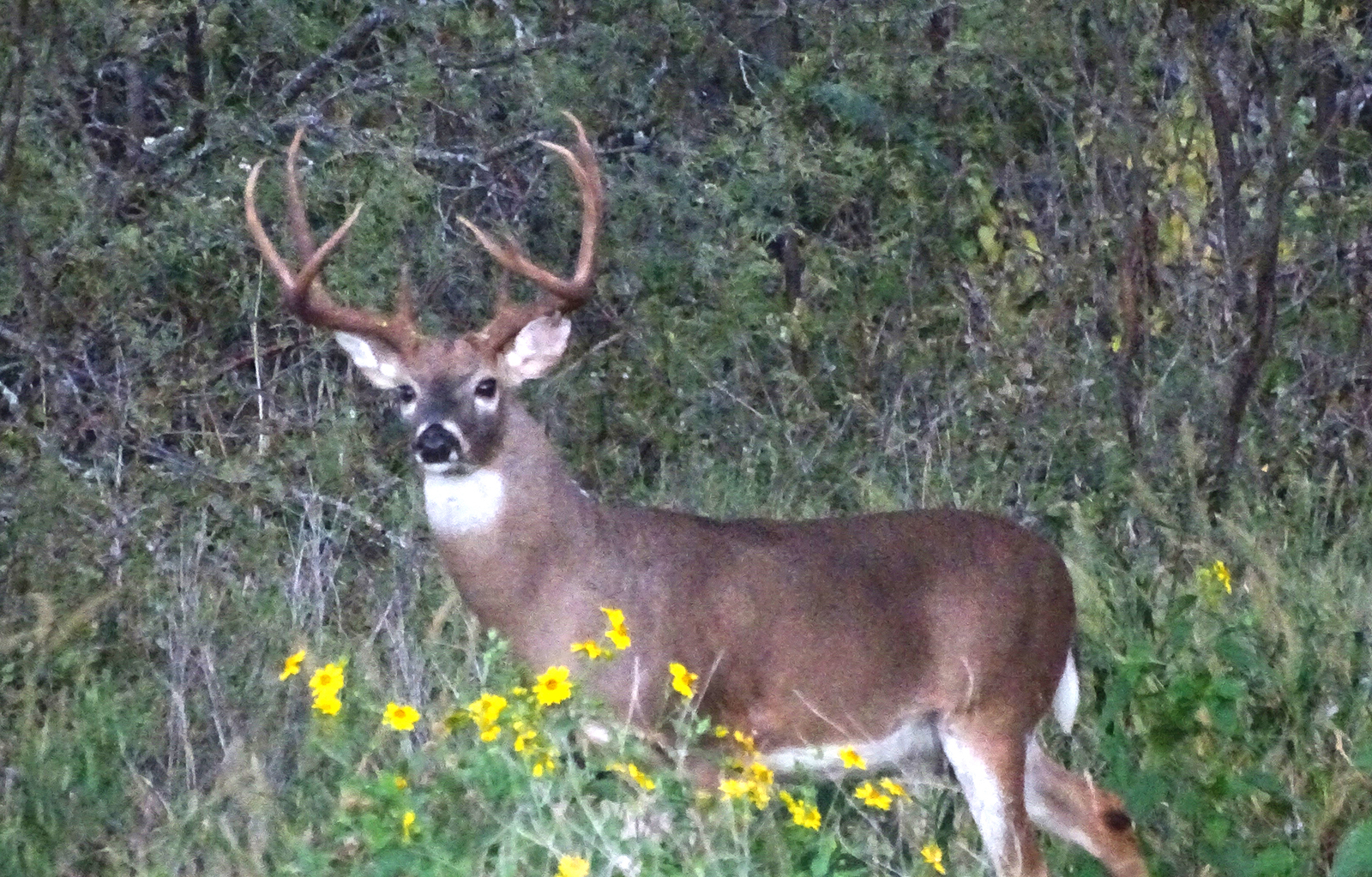 Curved Horn moved around and I took another shadowy picture. 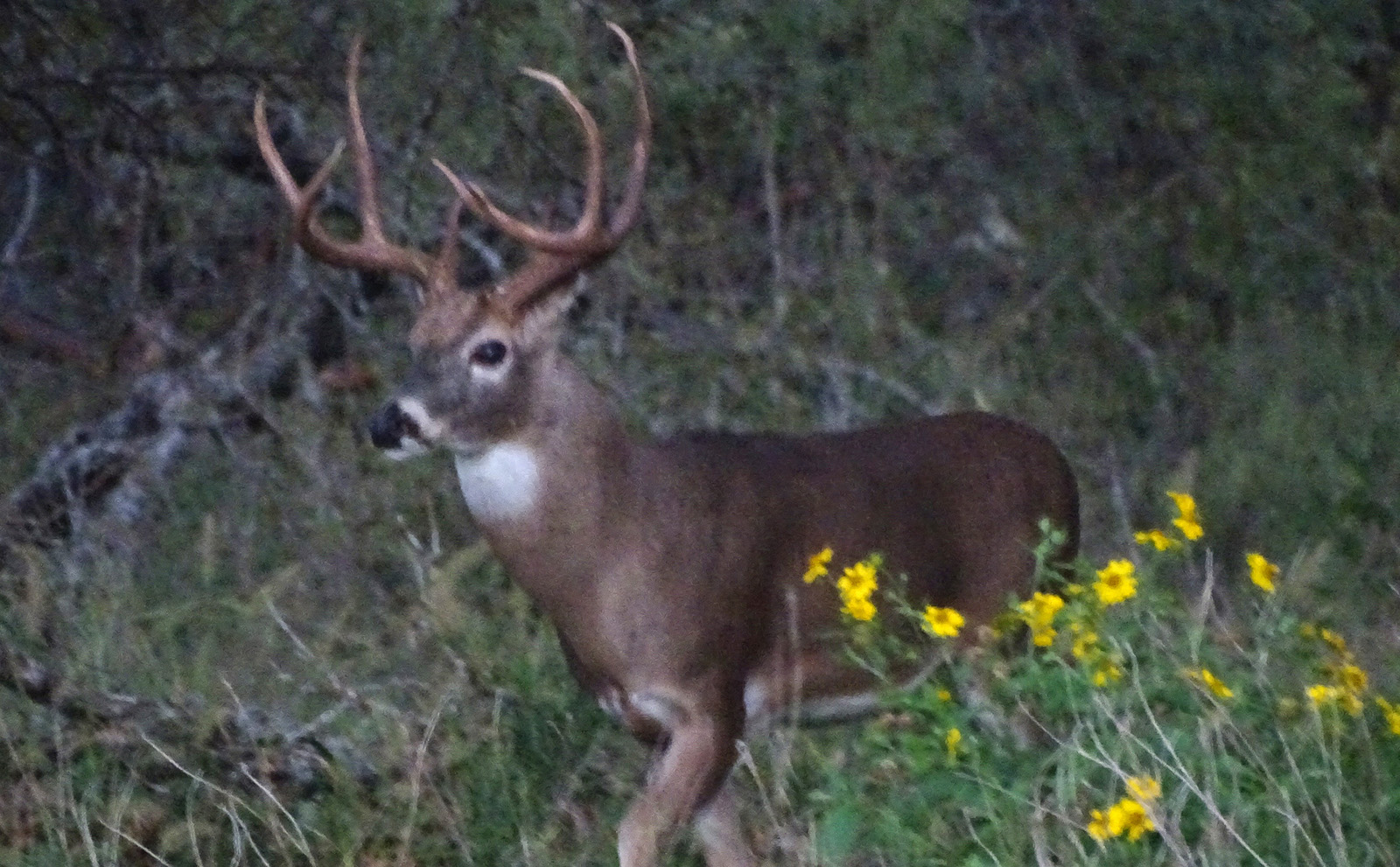 Then he walked along the woods edge, 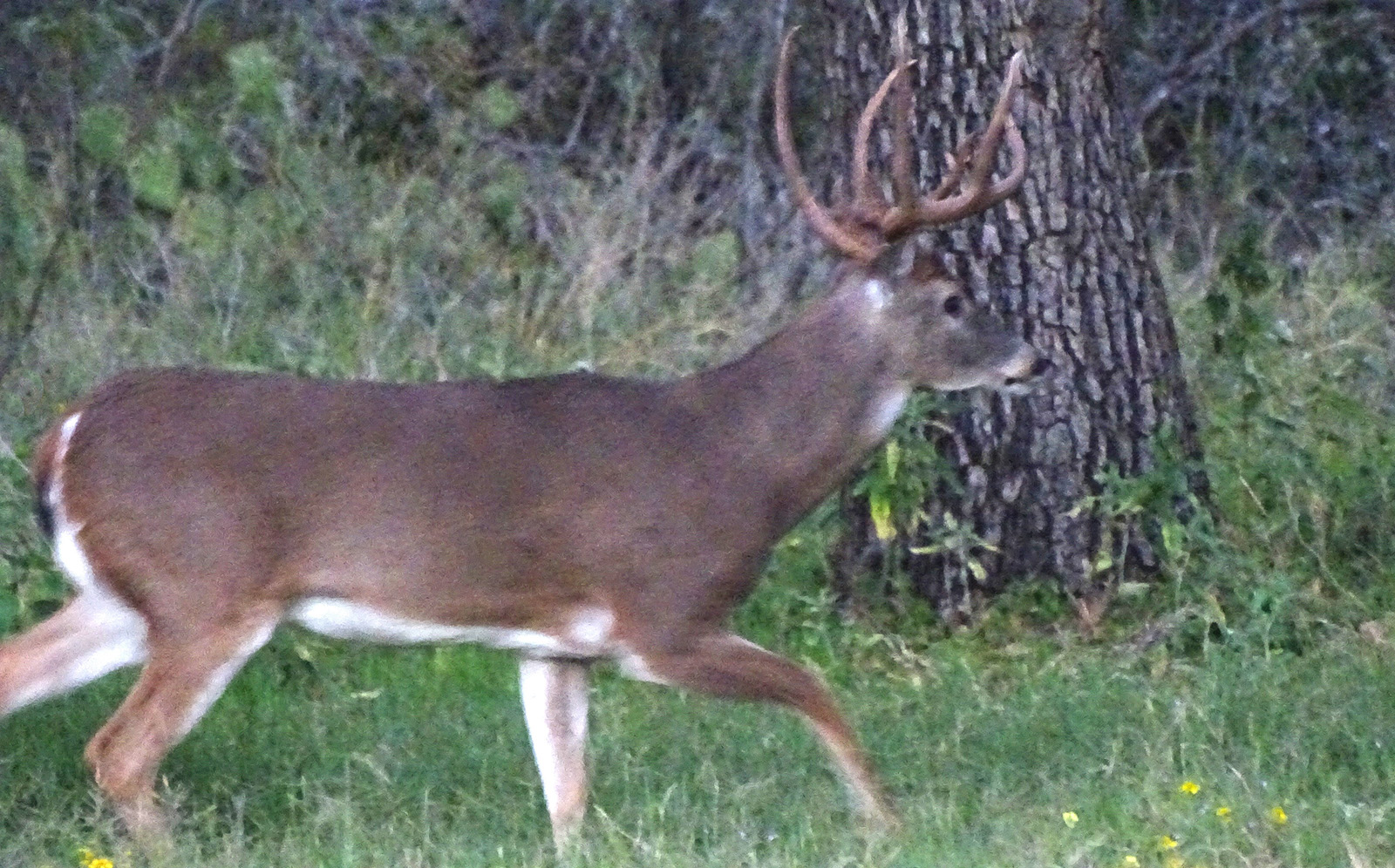 And stopped to look ahead. Again, he sees something I can’t. 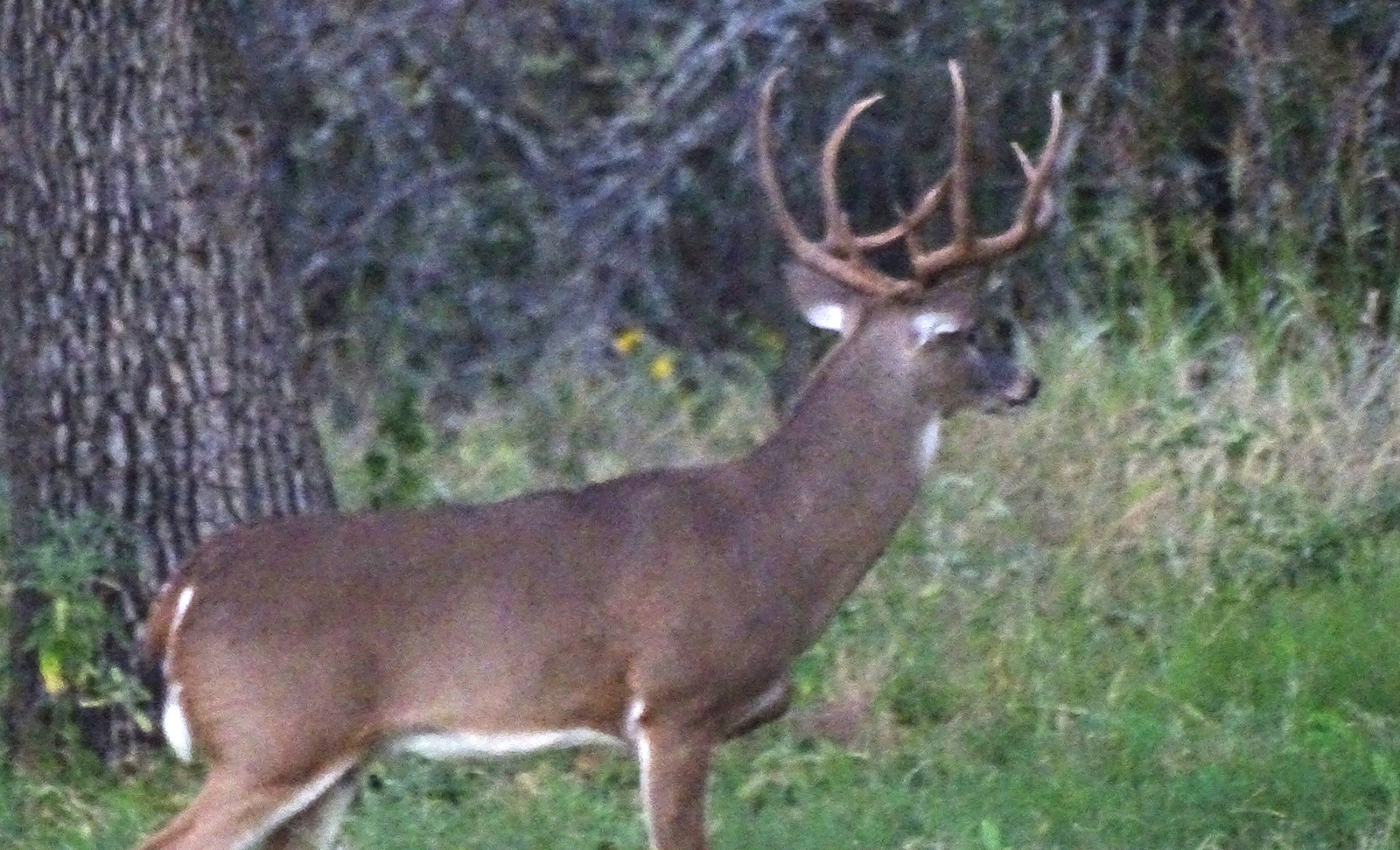 He walks to a doe and stands around by her. 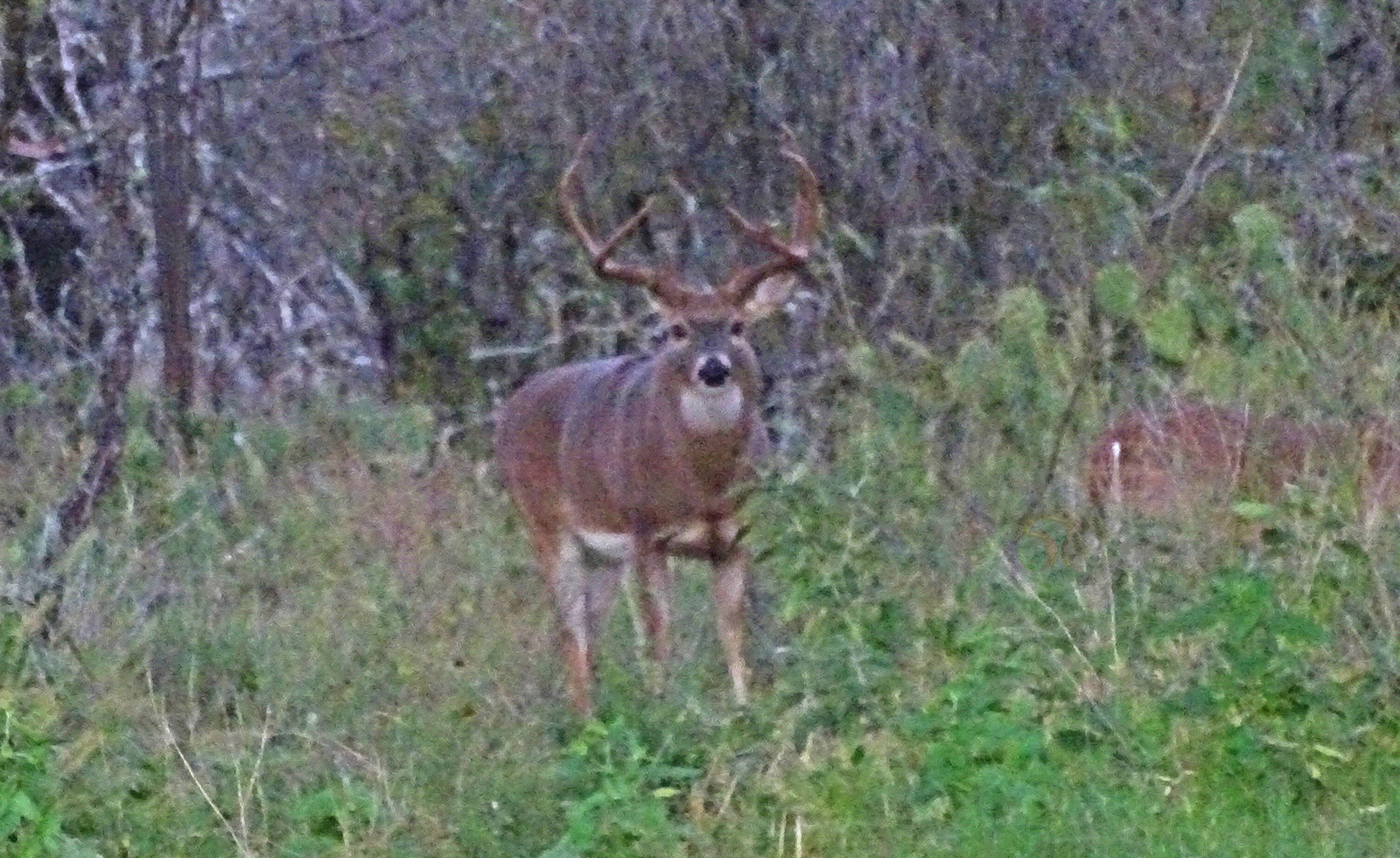 At the closest, Curved Horn was 30 yards away which is a little further than I want to shoot. But I shot plenty with my digital camera. It was a rewarding afternoon in the deer woods.

My First - With a Bow