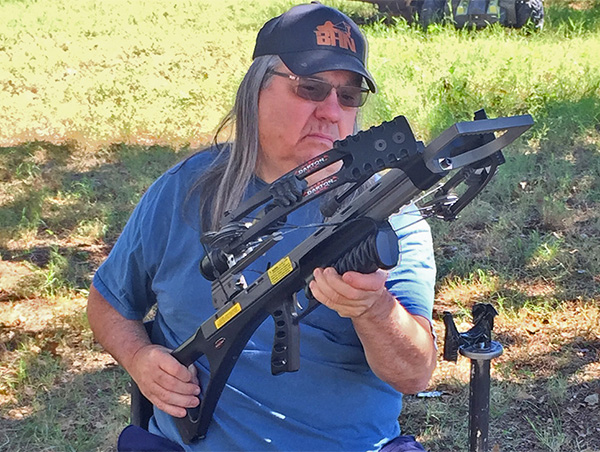 Learning To Use The Crossbow And How To Shoot And Hunt With It Turned out To Be Different Than The Way I’d Bowhunted All My Life.

I looked across the small room at a half moon, almost coffin shaped, gadget about 8 or so feet long. The operator was pleasant and explained what was going to happen in the unpleasant looking machine, a Magnetic Resonance Imaging (MRI). I had googled it and understood its purpose was a noninvasive medical test using powerful magnetic field, radio frequency pulses and a computer to produce detailed pictures of organs, soft tissues, bone and internal body structures that didn’t show up in X-Rays.

I was there to see how badly my shoulders and right arm were injured in a fall just before deer season. Reading what the MRI did actually sounded impressive … but the thought of getting totally inside the infernal gadget’s cramped space did not.

Just looking at it got my Claustrophobia activated.

I figured it would really suck … and I was right. And the results were no good either, I had two torn rotator cuffs, with my bow pulling arm being the worst off. Since I couldn’t even lift my right arm I started physical therapy. Soon my arm movement improved but drawing my bow was out of the question.

At a writers Camp a few years back Darton Archery gave everyone a Scorpion crossbow and I was fortunate enough to get a big Ohio doe with it. I got it out, there was work to do.

My bowhunting buddy Don Beckwith (a.k.a. Donald Duck, The Duck and Gater Don) was down two weeks before the season opened. He schooled me on using the crossbow. He used the ‘cold turkey’ method. 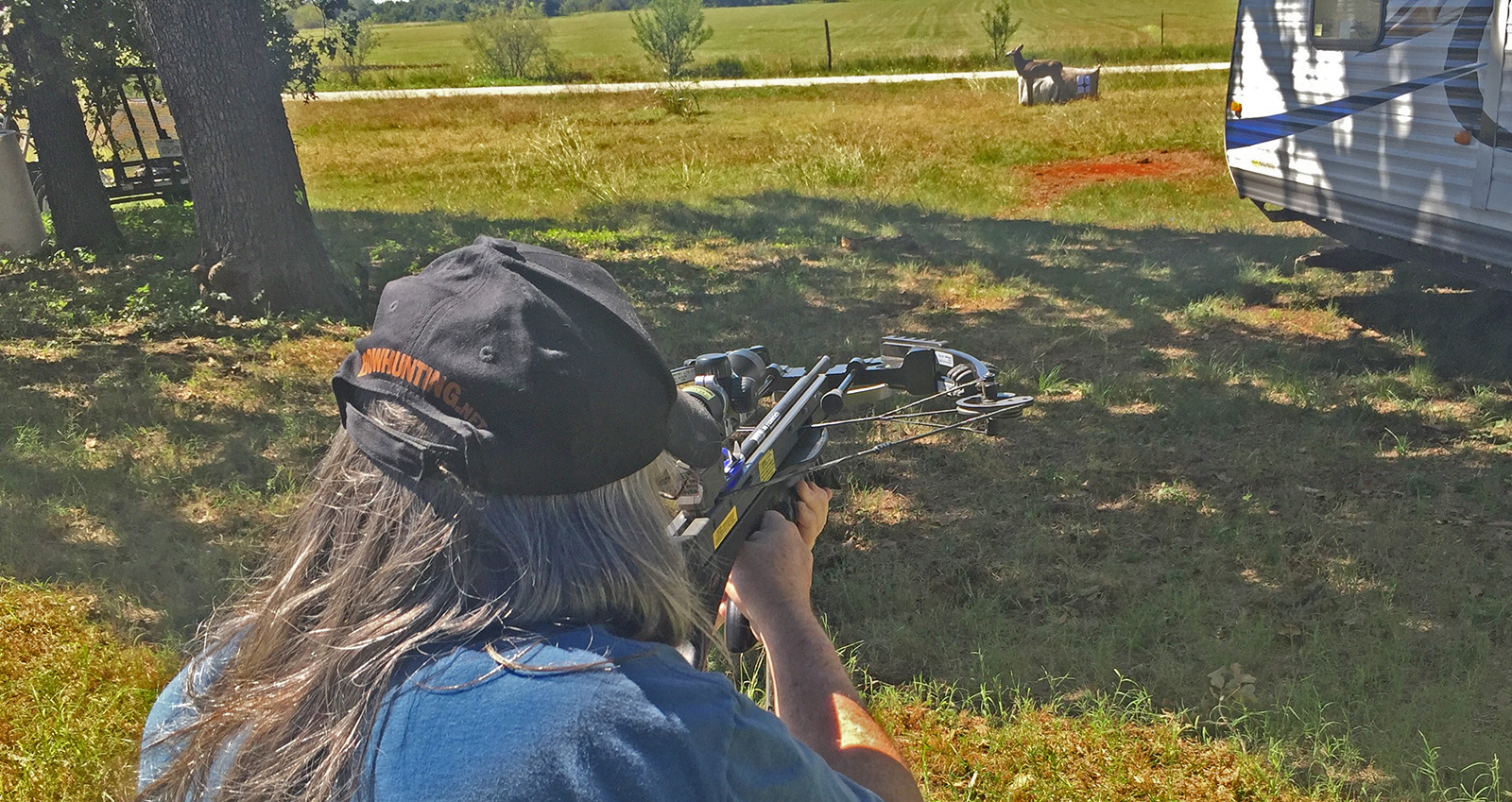 He handed me the Darton Scorpion and said to sit down and take a shot at the black and white homemade target he had drawn and posted on my bag target. My shot was an inch left and low, but better than I expected. I loaded another crossbow bolt.

The Duck introduced me to the shooting tripod he had made and told me to cradle the front end of the Darton’s stock on it and take 3 shots. The shots made a tight group … but in the target’s lower left corner.

So that was what the crossbow’s scope was actually sighted in for. It needed adjusting. Duck told me how to adjust the Nikon crossbow scope. It was different than sighting in a bow but still easy enough to fine tune the windage and elevation.

Handling the crossbow requires patience and familiarity. Putting a crossbow bolt on the rail and sliding it under the spring clip that holds it in place gets easier and faster with practice. When you cock the Scorpion crossbow it’s Safety automatically locks in place so it can not be shot. You have to release the safety before you can take a shot.

The Darton Scorpion is 175 pounds pull, and it is blazingly fast, a blur on the way to the target.

The accuracy of the Scorpion and NIKON scope combination is amazing. This crossbow is one super fast and accurate arrow launching machine.

I had a draw rope style cocker for the crossbow but unfortunately my shoulder problem couldn’t take the stress. So I had to get someone else to cock it before I went out to hunt. After the season began I looked at the Darton Archery website and noticed a Crank style crossbow cocker called the EZ Draw Winch and ordered one. It made cocking the Scorpion easy to do and I took over the cocking chore myself.

On October 26 a doe with a buck walking with it came in range and my crossbow hunting got exciting. Crossbow Deerhunt…