by Rick Philippi
in Bowhunting Blog, Deer
0 0
A A
2 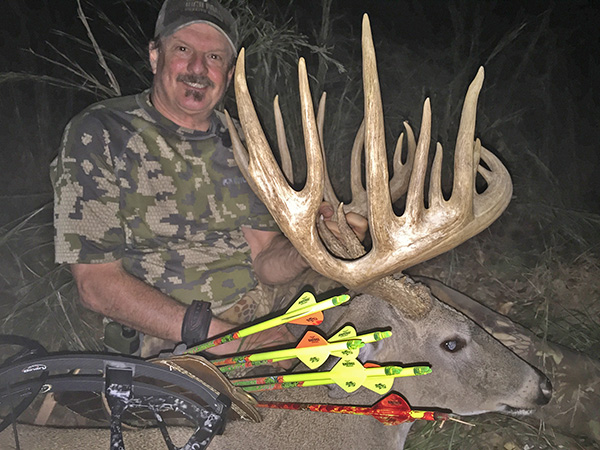 I hung up the phone with Keith Warren and booked a hunt on his Texas Hidden Springs Ranch outside of Seguin, Texas. The reason I wanted to hunt with Keith is he has a fantastic reputation and is honest as the day is long. He told me that there were some good bucks on his ranch and that he would do everything in his power to get me within bow range.

Keith Warren is an icon in the outdoor world and a whitetail expert! He currently hosts ‘The High Road with Keith Warren’ and ‘Deer And Wildlife Stories with Keith Warren.’ Both are on the nationally broadcast Pursuit channel. Also to his credit is he has hosted seven award winning television series and over 1,200 episodes of outdoor television which is more than any other outdoor host. Simply put, Keith is a Texas Legend!

Arriving at the ranch I was greeted by Keith and outdoor video man, Bob Rice of Michigan. In one minute they both seemed like old friends that I had known for years. The hunting started very slow. It was sweltering hot and very dry. I knew the hunting would be tough until we had some cooler weather, which was not in the forecast.

It was Saturday afternoon when Keith and I crawled into the Shadow Hunter blind near the woods edge adjacent to a planted field. It was brutally hot! I told Keith, “I bet the deer don’t move until dark, if they move at all”. Keith was videoing my bowhunt for one of his upcoming episodes on the Pursuit Channel.

Later, on the opposite side of the field I saw a nice management buck 150 yards away, munching on acorns under a huge oak tree.

Periodically he stopped and stared into the timber to his right. This went on for an hour.

With 30 minutes of light remaining, the buck stopped eating acorns and stood alert with his ears pointing straight up while staring into the timber around the field. He looked like a bird dog on point!!

Emerging from the dense South Texas cover was a second buck, a monster. I knew immediately he was a shooter! His body was huge and very dark colored. Points were gracing his main beams all over the place! The big guy headed to a trail that went directly to where we were sitting. I grabbed the Bowtech BTX, there was plenty of time to prepare for whatever might happen.

The monster buck closed the distance to my location. He started eating acorns and soon was 15 yards from me. I patiently waited for a quartering away shot. It seemed like an eternity had passed when, finally, he presented the shot angle I needed.

Going to full draw with my Bowtech BTX, I told myself to relax and pick a spot. I settled  the pin on my Black Gold Ascent Verdict one-pin bowsight on his vitals.

Squeezing my release’s trigger, the Black Eagle Arrow tipped with a Grim Reaper broadhead went through the big buck’s vitals in a millisecond! As he charged off through the brush I tried to stay calm.

Keith reviewed the video and the shot looked good. We waited for 30 minutes while the sun set and then took up the trail. In 80 yards there laid the Texas Monster buck. I knelt by the buck and said a quick prayer to thank the Lord for such a great specimen and having the opportunity that was provided. 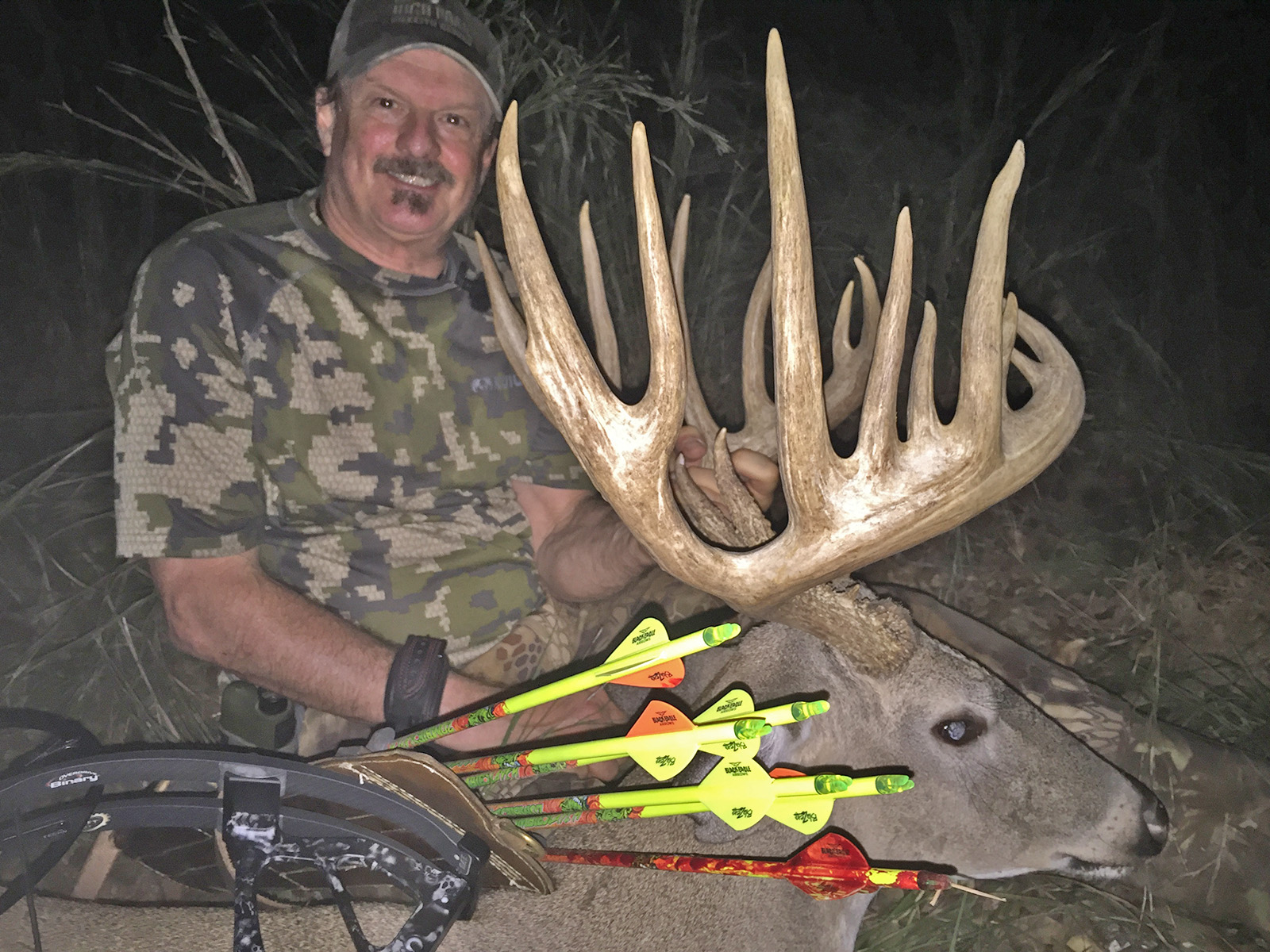 Looking at this huge buck’s large body and heavy rack I was extremely humbled and excited. In my 47 years of hunting whitetail deer with a bow this was my largest.

My Hidden Springs buck had 18 points and Keith scored him at a whopping 202 5/8.

I would like to take a second to thank BowTech Archery! I’ve been on their Pro-Staff for years and simply love their bows and other products! bowtecharchery.com

Also, a huge thank you to Grim Reaper Broadheads! I shot the PRO SERIES Whitetail Special 2” 100 grain broadhead. Not once has a Grim Reaper head ever let me down. Thank you Jay and Matt for making the best flying and penetrating broadheads on the planet! grimreaperbroadheads.com

Thanks to Randy Kitts and Black Eagle Arrows. This year I am I shooting the Zombie Slayer arrows. Besides looking fantastic and being the coolest looking arrow I’ve ever shot, I love the zombie crest and I can track my arrow in flight because of their bright colors. Their accuracy and performance is unparalleled. blackeaglearrows.com

So far this season I’ve used the Grim Reaper Broadhead, Black Eagle Arrows and BowTech combination to take this South Texas buck, a buck on my own property and 3 big wild hogs.

And a special thank you to Keith Warren for putting this hunt together. Your expertise in Whitetail management is second to none. For anyone wanting an awesome hunt, go to Keith’s website. texashiddenspringsranch.com.

I hope all reading this have a very Merry Christmas and a Healthy and Happy New Year. Make sure and wear a safety Harness if you hunt from a treestand!!!

Pnuma: A 2016 Christmas Card for Your Family