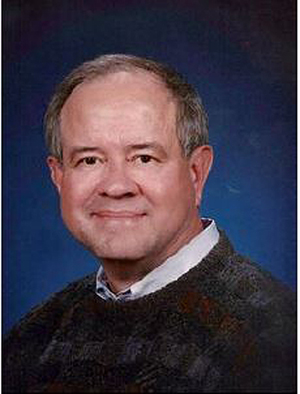 Robert O. Errett, Jr., 67, died peacefully at home on Monday, November 28, 2016. He had just
returned home from a week-long hunting trip in West Virginia with lifelong friends, Jim and Tom Staats, and his oldest grandson, Jack.

Bob was born February 17, 1949, in Gallipolis, Ohio, to Robert O. Errett, Sr., and JoAnn Errett. He graduated from Point Pleasant High School in 1967. He enlisted in the United States Army
and served in Vietnam from 1969-1970. Bob maintained a life-long interest in history and particularly Vietnam and often read books on the subject.

After his service, Bob graduated from Marshall University in 1973 with a degree in Business Administration and began his career as an accountant for Ashland Oil in Kentucky. That same year, Bob opened The Outdoorsman Store in Huntington, West Virginia, with his brother-in-law, Charlie Nease.

In 1974, he married Jeannie Errett and they moved to Staunton, Virginia, and Bob worked as a sales manager for Bear Archery. In 1979, Bob joined Mint Spring Realty where he enjoyed working with his good friends, Bill Ballew, Tom Sensabaugh, Norman Coyner, and Patsy Earhart.

In 1984, Bob and his wife, Jeannie, founded Nationwide Archery Distributors. They grew that company and founded a second company, Parker Compound Bows, Inc., a leading manufacturer of compound bows and crossbows. In 2006, Bob and Jeannie established Outdoor Colors, LLC, in Rutherfordton, N.C., a hydrographics film company utilized in camouflaging hunting and sporting goods. In 2009, Bob and several other local businessmen became organizing shareholders in Frontier Community Bank where Bob was currently serving as Chairman of the Board. Bob recently participated in the grand opening of the bank’s second branch.

Surviving are Bob’s wife of 42 years, Jeannie Errett, his daughters, Lindsey and Tom Woodworth and Rachel and Phil Figura, and his grandchildren, Jackson, Isabel, Emmaline, Fisher, and a new Woodworth grandson due on Bob’s birthday, and Brady and Eva Figura. Also surviving are his siblings, Susie Harmon, Vikki and Ray Lieving, Dixie McDonald, Keith and Kaylene Errett, and Kevin Errett. Bob enjoyed his last Thanksgiving at his sister, Vikki’s, home with his extended family.

Bob was a member of Mint Spring United Methodist Church. He enjoyed golfing with his friends at the Waynesboro Country Club. For many years he enjoyed annual golfing trips to Myrtle Beach with his good buddies. He was a successful businessman who was proud to work long and hard for many years to provide for his family.

Pastor J. Barrett Owen will officiate the memorial service at 2pm on Friday, December 2, 2016, at First Baptist Church of Waynesboro. A reception at the church will follow the service. There will be a private burial at a later date.

In lieu of flowers, the family requests that donations be sent to the Waynesboro YMCA or the Boys and Girls Club of Waynesboro, an organization of which Bob was a supporter.
McDow Funeral Home is handling the arrangements. Condolences and memories may be shared with the family at www.mcdowfuneralhomeinc.com

My First – With a Bow