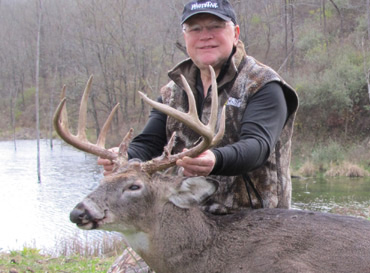 If Trump was going to choose a director of Homerange Security he’d choose a whitetail buck. He’d make that choice dependent upon one factor, a bucks amazing nose. Whitetails know exactly what their homerange smells like and the smallest deviation from normal raises the terror alert. That’s why they are so challenging to hunt.

This past season I hunted almost exclusively from a ground blind. I prefer the Field & Stream Ultimate Ground Blind. It has all the attributes you wish for in a blind but even more important, a quality ground blind makes the deer’s nose blind. Here’s why, your scent is captured in a box. Yes, there is a small amount of scent that passes out via the windows but it is minuscule when compared to a tree stand scent vector.

Even though the ground blind helps contain scent I still address my scent like a fanatic. That means a regiment for me that looks like this. Wash all my camo and hunting clothes with Zero Odor Sport-Wash. Then I wash me with Zero Odor Hair and Body soap. Finally, I spray my body down with Zero Odor Spray before I exit the shower. I even brush my teeth with the stuff. Then I climb into my blind. The result is amazing.

It takes all of this to fool a buck’s nose. My friend and extreme whitetail hunter Tabb Justus is great at paying attention to scent suppression. We use the same technique and Zero products. This past fall he “guided” his daughter-in-law to this keeper from a ground blind that resembles a hay bale. They tripped up his Homerange security department. This was her first buck with a bow. 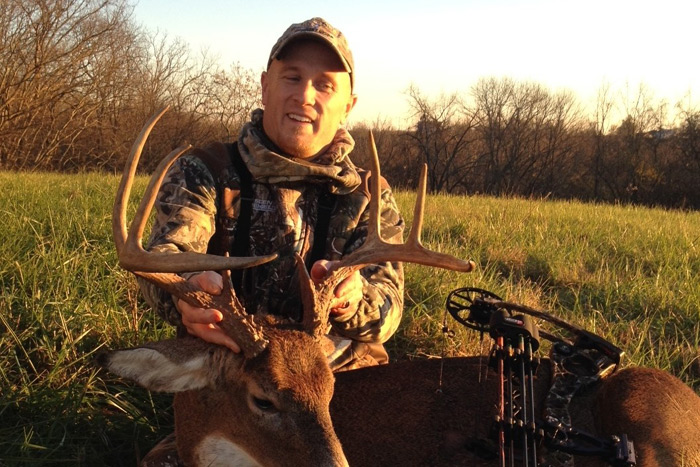 Her husband Jason, who is also a friend of mine took a beautiful Ohio 8pt using the same Zero Scent system.

I hunted our Ohio farm for 7 days this fall and on the 11th of November (Peak of the rut and my daughter’s birthday) this hefty buck walked up to within 18 yards of my ground blind and had a total failure of his Homerange Security Department. He’s spending the winter in my chest freezer. 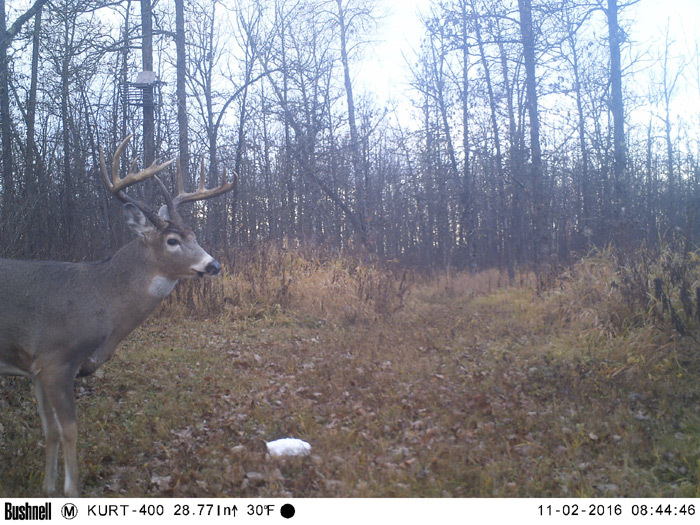 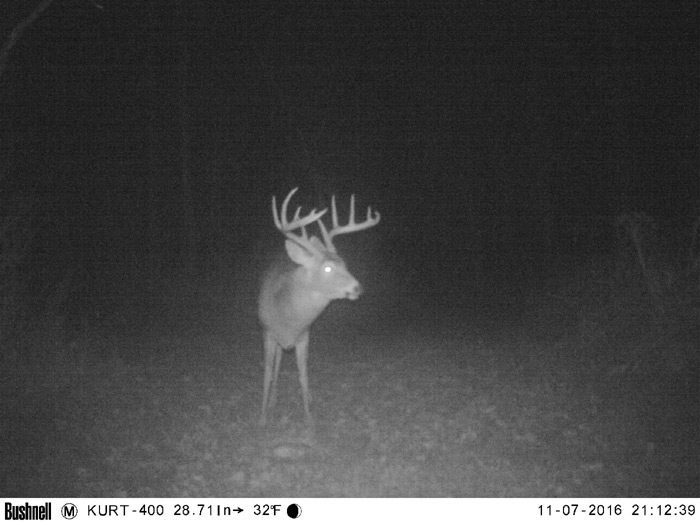 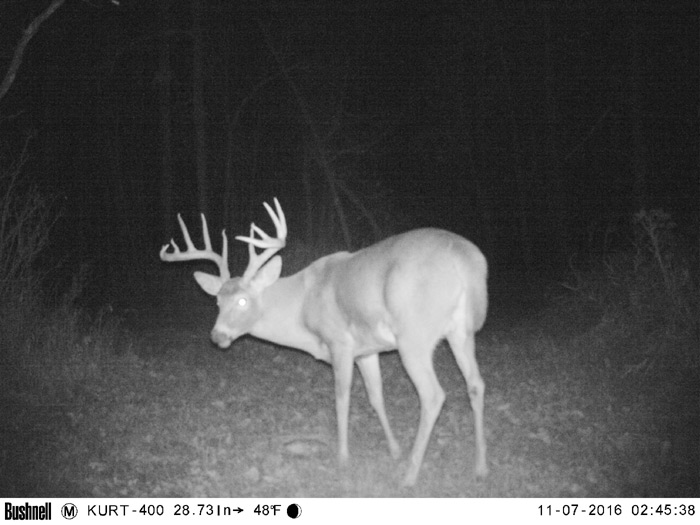 Then my buddy and co-worker Kurt Baumgartner bagged this MN monster with one well-placed arrow. This hawse buck was standing downwind when the arrow met up with him. Kurt knew his Homerange well from these trail cam pics. The truth is that this bucks fell to the power of Zero Scent when his Home Land Security Department failed to detect Ol’Kurt at full draw.

Here is Kurt with the short story…

He was on camera(s) from the beginning of October up until and through the actual day I got him. He had a core area he was staying within due to the amount of mature does we have on our property. Several does and doe family groups were recorded on trail cameras as well. Interestingly he was photographed during varying daylight hours as well as at night. We were very careful as we moved in and around the property so we did not bump him out, or turn him nocturnal. When he came in he was 20 yards away from my stand, and was almost directly down wind. He never knew I was there. I have several big deer on the wall from my property, but this is the largest buck, antlers and weight, we have ever taken from it, and we have had these 120 acres for 25 years.

Although I may not get invited to Trump Tower to help “The Donald” choose the leader of his Homerange Security Department, I’m at least going to drop him a note and warn him that even a whitetails nose can’t get through Zero Odor.

VIDEO: Fred Bear Was Funny Too!

VIDEO: Fred Bear Was Funny Too!