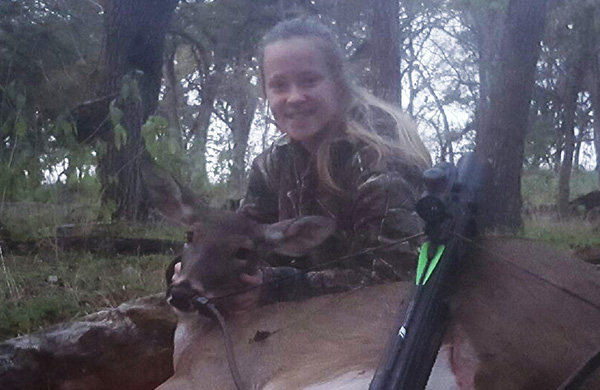 It’s always been a tradition to go down to the deer lease after Thanksgiving and bowhunt with my dad. My dad has been doing it since he was twelve and now he’s doing it with me. My first hunt this year I went with my grandpa, Don, and we hunted the place he calls the condo. I hunted twice in ground blinds and wasn’t having any luck.

Saturday night at the landowner Alex’s house we had a big chicken fried venison dinner with mashed potatoes and venison gravy — which we have every year on the thanksgiving hunt. It was so good. That night after eating, my dad told me that we could hunt one place where he was sure we would see something, and that was a place called Myrans corner.

A treestand was there and I hadn’t hunted a treestand before, so this was the first  time. About an hour and a half in, a spike walked by a few yards from my tree. I got excited after that because I knew I would see some more deer. An hour later I saw 5 doe walking my way, 2 of them walked very close; but were behind me, and went straight out.

Three doe stayed around for a little while.  I didn’t have a very clear shot at first but I waited a little for one of them to walk where I had a better shot. When one came closer and I had a little more of a shot, I went for it.

The arrow went straight through her and she ran about 40 yards and went down in. Before these doe walked up on us we heard a bunch of wild hogs off in the distance. And then again, only louder, when the does were closeby.

So after I shot the doe, we had to go recover her a little early because we were nervous about those wild hogs getting to her. The next day my dad and I spent all day grinding and packaging the meat. It was a good hunt. 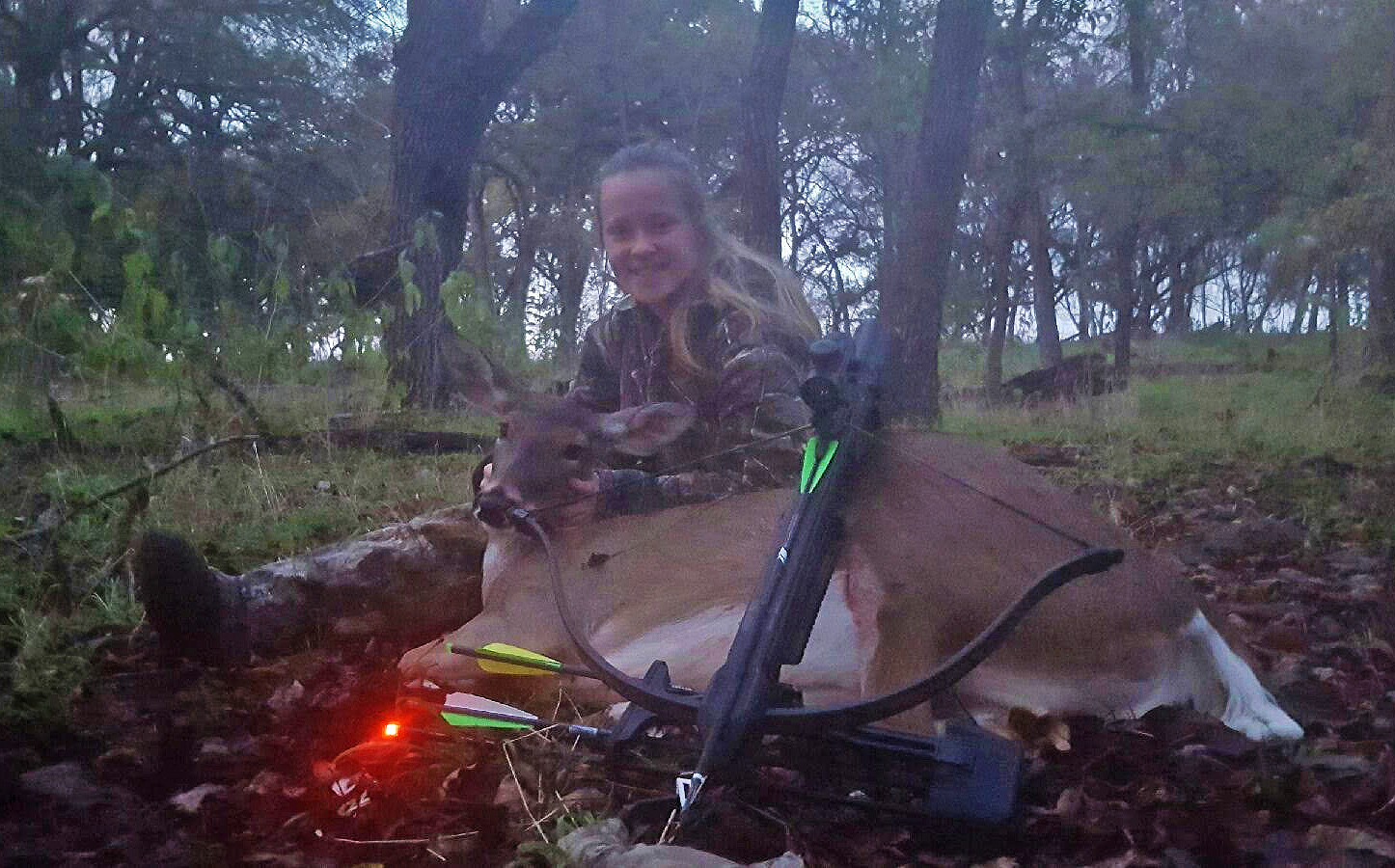 Kayla is 15. She is a stealthy small game stalker and has taken quite a few armadillos and jack rabbits with her Barnett crossbow. When she got her first deer, a doe, she was 9 and a second one when she was 12. She used a crossbow then too.