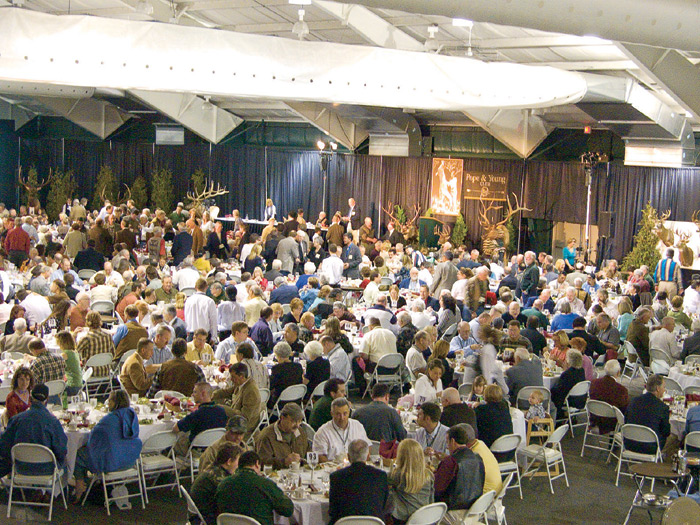 The Pope And Young Club invites all bowhunters to the 30th Biennial Convention held in St. Louis, Missouri April 5 – 8th, 2017

Great speakers, incredible seminars, world-class trophy mounts and an amazing auction packed with top-shelf hunts are what you will find at the 2017 Pope And Young Club Convention!  Every two years the Pope And Young Club gathers to celebrate North America’s rich bowhunting heritage, honor outstanding examples of this continent’s wildlife, discuss issues relevant to the Club’s role as a leader in the hunting and conservation community, do a little fundraising for the Club’s Conservation and Outreach Fund and talk with old friends and meet new ones.  Come join Pope And Young Club members from all over North America for our 2017 gathering!

Lincoln is the youngest hunter to harvest all 29 North American Big-Game Species and hosts the television show Young Wild. His show is about the highs and lows of hunting and the importance of family. When Lincoln was 9, he was told he had a learning disability and his education options were limited. Sitting in that meeting with his parents and school

teachers, Lincoln had no idea that moment would put him on a journey that would change his life forever.

Chuck is a Senior Member of the Pope And Young Club and the only bowhunter to complete five Grand Slams on American deer. He has taken 80 record-book deer. During the past 39 years, Chuck has written 5,600 magazine articles and 11 full-length books. He is the youngest person ever inducted into the “big three” bowhunting halls of fame – Safari

Club International’s Bowhunting Hall Of Honor, the National Bowhunters Hall Of Fame and the Archery Hall Of Fame.

show about an average American family teaching their children good morals, values and ethics through hunting. 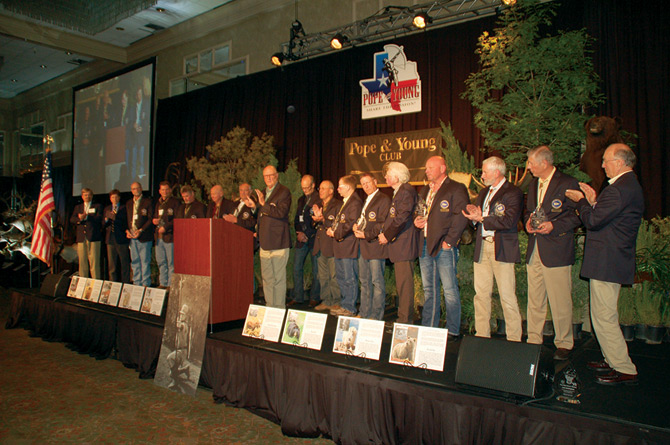 Deer Hunting in the Southwest by Steven Ward

Hunting Whitetail Deer with a Wildlife Biologist by CJ Winand

Nutrition for the DIY Bowhunter by Mark Paulsen of Wilderness Athlete

Making and Hunting with Primitive Bows and Arrows by RD Easterling

Keeping Aging Bowhunters in The Game by Dr. Dave Samuel and Bob Delaney

new World’s Records will be officially announced.  To register, go to

The Pope and Young Club is a non-profit North American conservation and bowhunting organization dedicated to the promotion and protection of our bowhunting heritage, hunting ethics and wildlife conservation. The Club also maintains the universally recognized repository for the records and statistics on North American big-game animals harvested with a bow and arrow.

Robbie Cramer: Down In The Alley Part 1