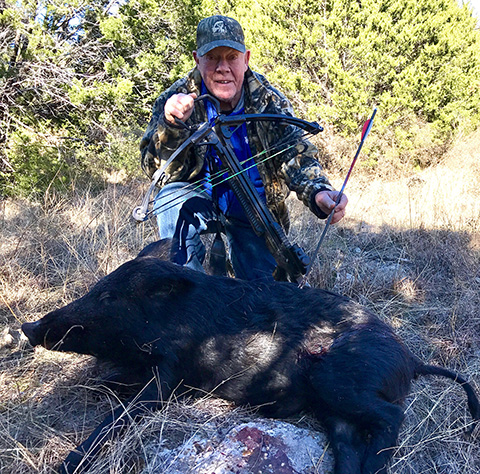 The next morning was cold once again and the Duck and I coffeed up waiting for daylight. Then we filled up a thermos and drove out to the hill where he had shot the wild boar yesterday afternoon. We cut through the woods on the well worn deer trail to where the Duck had his ground blind set up in the thick cedar break he was hunting in.

He pointed out where he first saw the small group of wild hogs coming downhill through the cedars as his shot opportunity materialized, as well as what happened next as he quickly lost sight of the boar in the tight cedars and listened. I sounded like the hog went up hill and the sound of a guttural moan closed out the afternoon hunt. (To Yesterday’s Hog Hunt.)

Duck checked for sign and saw some small drops of blood near where the hog was shot. I kneeled down and checked the immediate area out. Even in these tight woods I could see where several trails came through this area.

I picked one that was parallel to the top of the hill and walked down it slowly, looking carefully for sign. Fresh hog tracks were visible and they went in both directions and showed where the hogs came and went.

After 40 yards I was standing in a small opening in the cedars. Hog tracks turned uphill on a cross trail and so did I. At the top of the hill the tracks took a left at the edge of the wood. A few steps further and I saw the hog’s butt under a cedar tree.

“I found him,” I called out and the Duck came uphill to me. We pulled the boar hog out from underneath the low hanging cedar branches. 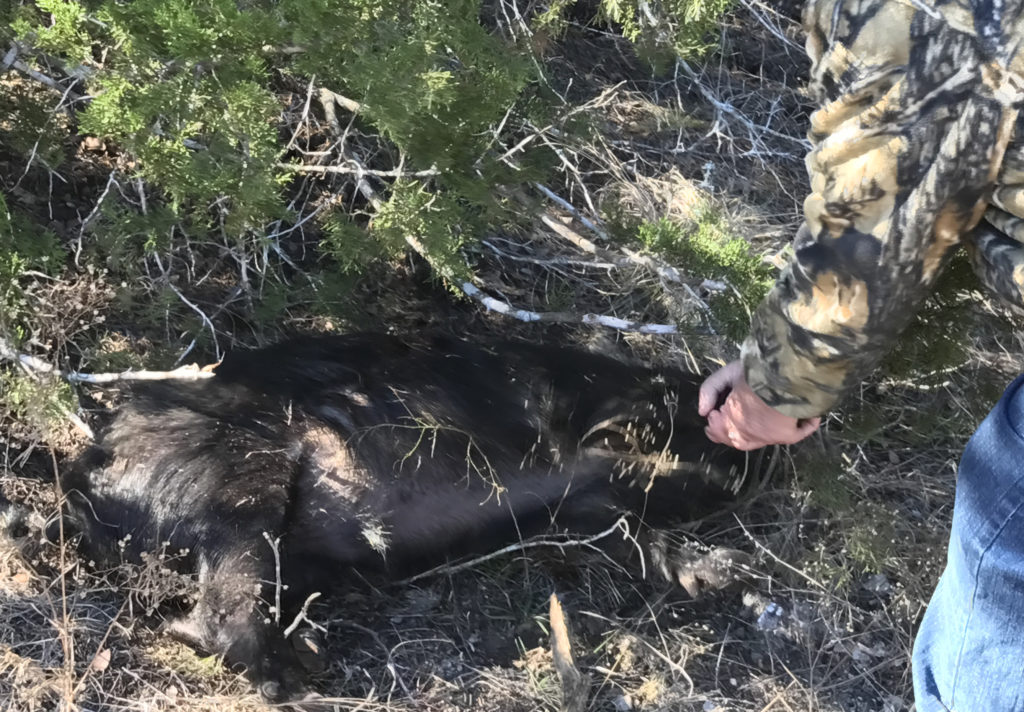 Then we got the hog’s legs tucked under him and took a picture of the Duck, Don Beckwith, and his most recent wild boar hog. 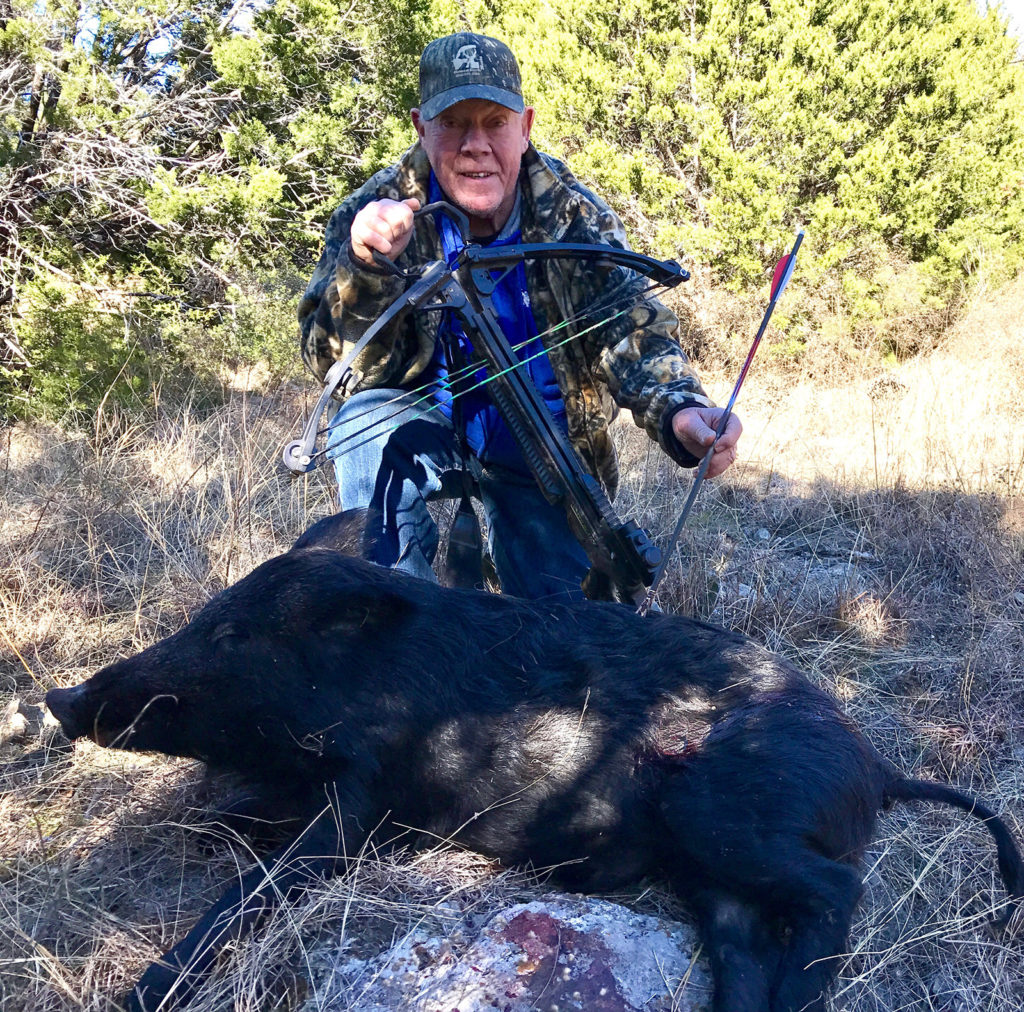 We boned out the hog, cutting out the wild boar’s back strap (the pork chops) and the hams and roast and other meat for stew and sausage and carried the meat out in our backpacks.

The Duck used a Barnett crossbow and it powered the arrow almost through the hog. His 100 grain 3-blade Whitetail Pro by Grim Reaper Broadheads made an amazing would channel and unlike me, who had to follow trails, this hog bulldozed his way under the cedar limbs and dropped in 60 yards.

Just before this hunt I received a dozen new EXECUTIONER crossbow bolts from Black Eagle Arrows. These strong and accurate bolts coupled with the tough, straight shooting Grim Reaper broadheads proved to be a lethal combination coming from the 150 lb. Barnett crossbow.

Concerning the Grim Reaper Broadheads the Duck said, “For years I shot fixed blade broadheads but my friend Fred Lutger got me to try the Grim Reaper head and I’ve used them ever sense. They fly like my field points and make a big cut … and the game goes down either within sight or close by. And the new PRO SERIES broadheads are the best of the best.”