by Robert Hoague
in Bowhunting News
0 0
A A
0 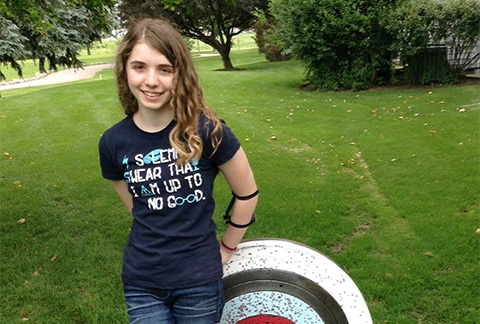 Samantha – known to her family and friends as Sami – became interested in archery at a Girl Scout camp when she was 14. It wasn’t too long after that she was shooting her own Genesis Original in her backyard.

“Archery has taught Sami perseverance,” says Rod, Sami’s father. “She was so interested in learning to shoot that she started working out daily to get stronger and compensate for her scoliosis.” 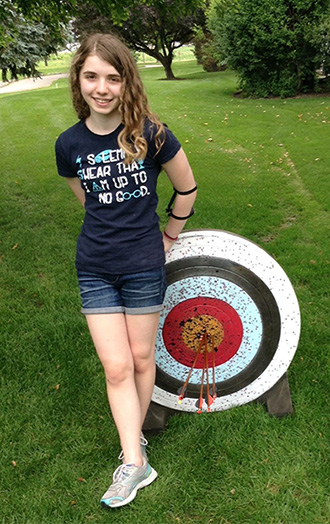 Currently a junior at Stevenson High School, Sami has made unbelievable progress for only being involved in the National Archery in the Schools Program (NASP®) for two years.

At this year’s Illinois NASP State Tournament, Sami shot a 285, which earned her the title of girl’s state champion and qualified her to compete as an individual at the 2016 NASP National Tournament in Louisville, KY. She was the first student ever from her high school to advance to Nationals. While there, Sami shot a personal best of 292 and placed 18th among the 2,004 high school girls who competed and retained the fifth highest score.

After a strong finish at Nationals, she was on the road to Myrtle Beach, SC to shoot at the 2016 NASP World Tournament, where she shot and ranked 136 of 584 high school girls.

“She’s gone from not being able to draw her bow to winning our state competition and qualifying for Nationals and Worlds as well as making the All Academic Archery Team,” says Rod. “All this in just two years!”

“We are very proud of all she has done in such a short time,” says Lisa, Sami’s mother.

Impressive, keep it up Sami!