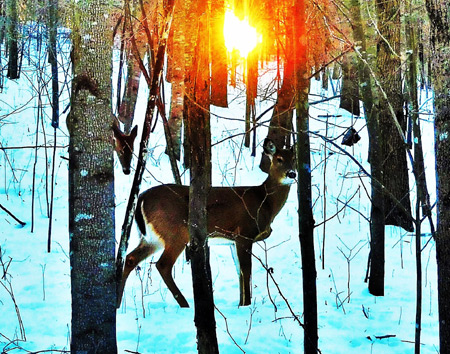 “THERE’S NO SUCH THING as writer’s block. ”At least that’s what I tell the university students I teach in my advanced writing classes. I always take time to explain, “Successful writers write. Wannabes make excuses.” That’s what I firmly believe, but I also know there are times when the words don’t come as easily or flow as smoothly as usual.

Since our eldest son died of cancer in September, the last three months of 2016 have been a personal case in point. Frankly, my writing efforts have been sporadic and less focused than normal. I’ll leave it to others to judge the quality of my published words.

Not that I’m making excuses, really. I’m just stating a fact of parental life about how the loss of a child has affected me, Janet, Jeff’s two brothers, and his only sister. I’ll also note that I’ve continued to write, because it’s what I do and have done since selling my first short story to a national magazine for $50 in 1960. Yet lately I’ve missed a couple of deadlines, including one last month for this column. Also, the novel I’d hoped to wrap up by year’s end isn’t done and likely won’t get finished for a few more months.

In truth, I’m happy to put 2016 behind me and say goodbye to a year I’d like to forget. That won’t happen, of course, and I’ve gradually come to the realization that I not only like to write but I need to write. It was the support of my bowhunting friends and readers that helped me make it through long, difficult days.

Consequently, those friends and fans deserve my thanks. And that’s why I’ve written this column about a few of my favorite sights, sounds, and smells that exist in the outdoor world we share. My sincere hope is they are — or will be — some of your favorite things, too. May they stoke special memories of your own, make you smile or even nod in agreement.

Here’s my list of things that immediately jump to mind:

… the hooting of owls in a darkening woods, the flash of morning sunlight on bone-white antlers, the sweet smell of honeysuckle and fresh-cut farmland hay.

… a rustling in frosty leaves, muted grunts of a rutting buck or bull, the sudden snap of dry twigs breaking beneath cloven hooves.

… the ha-ronks of Canada geese passing high in a moonlit sky, the whistling wings of mallards skimming leafless treetops just above my bottomland stand, the eerie cries of sandhill cranes heading south in skeins across an azure autumn sky, turkeys talking from their roost trees as a new day dawns, a cock pheasant crowing in the near distance.

… a herd bull’s defiant bugle and a rival elk’s challenging scream, the throaty grunts of a rutting bull moose and the moaning of his lovesick cow, the haunting calls of loons drifting across a north country lake.

… the muted thump of a bowstring, a flash of arrow fletching in flight, and the solid meaty thunk of a sharp broadhead hitting home.

…fresh deer tracks in newly fallen snow, sunsets that paint the sky with crimson and gold, watching a fat hunter’s moon rising above the treeline as I make my way back to my truck at the end of another hunt.

… the popping of bacon frying in a fire-blackened skillet, the smell of campfire smoke and freshly brewed coffee, the tannic scent of sodden leaves carpeting a trailside stream.

… feeling my heart jump at the first glimpse of glossy black ghosting my way through the springtime greenery of bear country, a raven’s hoarse croak, the sudden slap of a beaver’s tail on still water behind my stand.

… the gentle nighttime patter of a passing shower on a cabin roof or canvas tent, the smell of wet wool, the hiss of a Coleman lantern, the creaking of saddle leather, and the clatter of steel horseshoes on a rocky mountain trail.

… hearing a ruffed grouse drumming from atop a moldering log, a glimpse of a tawny fur as a bobcat pads noiselessly through the shadows beyond my treestand, standing awestruck while watching crackling northern lights shifting above a lakeside camp in far northern Canada.

… watching a seemingly endless stream of migrating caribou take a full day and a half to pass my fly-in camp, seeing a hump-shouldered barren ground grizzly digging for tundra rodents on a rocky Canadian hillside, watching my arrows fly true after I stalk within 25 yards of majestic mountain sheep and snow-white goats.

… staring up into a night sky from a Colorado mountainside and hearing my young son say, “Dad, I never knew there were so many stars.”