by Mitch Nowicki
in Bowhunting Blog, Deer
0 0
A A
9 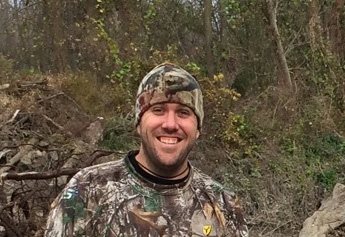 Three years ago, sitting high above a creek edge, two does appeared about 60 yards away and sprinted north into a large open field. Sensing something odd, I focused my binoculars on their origin and then I saw it. A guy with his quiver upside down, apparently to simulate antlers, skipping through the field with a buck call in his mouth was in pursuit of the does. He skipped his way over my direction and I proceeded to deer-call his galloping self all the way to mytree line, offering a singular salute for his efforts. Unaware of his own ignorance, he turned around and skipped into the open field.

Three years ago, I started bowhunting and my public land adventure began.

In all the articles read, YouTube channels watched, podcasts devoured, hours spent exploring maps, and discussions with other hunters, not once did I come across a, “Listen, people can be a-holes and their pursuit is more important than yours” analysis of public land.

Articles outlining things like finding food, doing what other guys don’t, tips to go far, stay near, note the wind, the weather, the moon, the mighty Rut, and a plethora of scenarios are offered because it worked for one or several individuals. I recognize that there is tremendous value in education, and the more I’ve learned, the better I’ve become. But – and a big but – when you hunt public land, expect company. Lots of it. Here’s a glimpse of my pursuit on Illinois public land, south of Chicago, and the immense failure that I’ve come to now laugh at.

The same day Skippy (I named him Skippy because naming deer seems to be an odd trend, so I name the people who mess up hunts) passed by, a doe came within 40 yards of me and settled under a tree. For the next hour she rested there, bleating for a buck. It was a heart racing, anxious, try-to- be-still,hope- the-wind- doesn’t-change kind of hour. Then a crash 75 yards to my east got both of our attention. Willy wandered into the woods, obviously not having scouted a spot. Walking 100 yards from where he entered, he stopped at four or five trees and then made an about-face and walked right up the creek edge, right at me. The doe popped up as soon as he entered, never taking her eyes off Willy, her bright white chest never offering a shot, as she stood just 8 yards away. Finally, Willy the wanderer noticed her and while fumbling for his bow, she was gone in a flash. Ole Willy angrily walked towards me still and with a whistle, I finally got his attention. Doe gone, entire area busted. Willy wandered out of the woods.

Opening weekend in Illinois, I decided to hunt the edge of a corn field where I previously groomed a tree for climbing, walked in mindful of the wind and set up along a muddied deer path. Four-thirty rolled in bringing with it three audible slaps and a guy yelling “Good Boy”, loud enough that anyone within 40 acres would hear it. Yep, Wilbur decided to bring out his horse and ride it up and down the far west edge of the field for two hours, shouting “good boy” every 3-4 minutes. And yes, I timed it out. Noticing my headlamp as I walked out, Wilbur muttered at me, “sorry, if I’d known you were there I may not have come out”; the only thing that stuck was “may” and I grunted,“it’s fine” and walked away.

November, sitting just upwind of a creek that I crossed from downwind in order to avoid busting the area, I heard the crack of antlers. The adrenaline pumped and my heart raced; I was fired up to say the least. The heavy crack echoed again getting closer as I scanned the woods, and there he was… probably standing 5 foot 5 inches and weighing 240 lbs, Thunderclap was walking his self along the creek rattling antlers, pausing, walking. This guy walked from 200 yds away, right to my tree, looked at me and whispered an apology and proceeded to walk for the mile or so of creek like for the next several hours, banging his store bought antlers and blowing his buck call in the hopes one would run at him. I secretly hoped it would end badly for him and I should’ve just walked out, but I sat and hour by hour and the anger built.

December 20 th : As a teacher, final exam day led to an early release and I had time to hit the woods. On a public land area nearby, I knew that deer gathered in this northern corner and with a west wind, I walked a mile and a half from the east to set up by 2pm. Half past three rolls in and two does sprint by, and then Krystoff emerges 100 yards upwind westward. Banging and clanking his tree stand he quiets by four and thirty minutes later, I hear a shot. Approaching shooting light, a buck enters from the east and stood 40 yards away. I drew back and as I settled into my peep, it ducked its head and went under a fence. The buck oddly laid down moments later and scrambling along the fence line came Krystoff, surprised to see me and in a thick eastern-european accent inquired, “You see buck?” It was his buck, and while he squeezed under the fence I held his bow, pointing him in the direction of his harvest. Kystroff 1, Me 0. The pursuit continues.

Even with friends you’re not entirely safe. Fifteen minutes before shooting light a doe jogged in from behind me and stopping her at 35 yards, the two minute encounter ended with an arrow in the vitals and a sprint into a bedding area. Mind you this happened on a day my best- man, a Major in the Army and a Ranger, makes the tactical decision to run across a field to ask for my ipad because he wanted to watch the Alabama game. He didn’t get why I was angry when he showed up whispering at the base of my tree.

In any case, knowing where the doe went, I texted the others on the property that I was going to give it time before pursuing. But one guy in our group, appropriately nicknamed Benchpress, his phone had died and on his first deer hunt ever, decided to beat his way through the thick bedding area because he saw headlamps on the other side instead of going around to the trucks. The next day after I’d been tracking for an hour, Benchpress tromps over and shouts, “Oh yea, last night, I walked through here and a deer sprinted out” Defeated, I never found that doe.

The encounters my five-man crew have endured are comical and beverages make them even more entertaining. Captain Jack, the drunken fisherman, walked to the river’s edge with a 24 pack of beer and crushed cans as he finished them, frequently relieving himself from atop the bridge as we sat 100 yards away on a well-marked “Bowhunters only” property. Depressed Dan walking the main path in the early evening, picking up rocks and sticks angrily chucking them into woods as he moseyed back and forth. The activist who ran into the woods with their dogs shouting “Run-away deer!” Jack and Jill who held hands as they stopped to “cuddle” in the middle of, what we obviously must’ve agree on, was a beautiful pasture and jumped deer upon their exit. Ivan Drago, waiting to fight me in the parking lot for asking him to stop busting the entire woods when he walked in late, zig-zagging through the woods chucking powder in the air.

You can’t make this stuff up, this is public land.

Don’t get me wrong, I’m so grateful for public land; I couldn’t hunt without it, and I’ve had some unreal experiences. I’ve learned to appreciate the sound of birds in flight, been mystified by the silence of owls, witnessed a bobcat creep by, and been amazed by how quiet a big deer can be.

I’ve screwed up plenty, missed shots, been busted, and I’ve found success. But bowhunting is hard, sit quietly for hours and try to calm your breathing when a shot of adrenaline comes at the sight of a deer, snap your head around at stupid brown nut hunters pouncing on leaves, walk in miles deep see nothing and meet a guy in the parking lot that tells you, “I walked out 30 minutes before sunset and didn’t even have to get in a tree because a buck walked by and I got him” and secretly hate him. Bow hunting is hard, it’s frustrating, I’ve mentally quit dozens of times shivering in my stand but it’s an incredibly surreal adventure and I can’t wait to go out and get after it again. The public pursuit continues.