The Hunt for Shorty 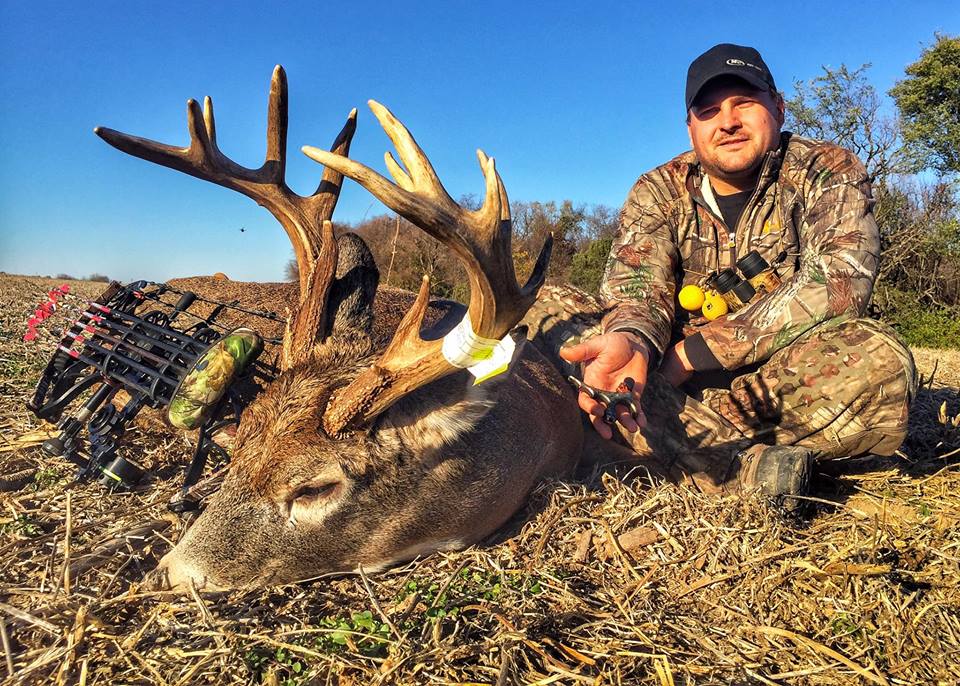 As some of you know I manage the farms I hunt with some strict restrictions. One of the incredible deer on this one property was named Shorty. I had never seen Shorty before August 8th 2016 and believed him to be about 7.5 years old.  I knew this was a deer I wanted to hunt. He wandered a range stretching about a mile across and a mile wide with a core area of about 160 acres. September brought youth season and my niece Sara saw this deer on her way into the stand with her Dad (Michael). They called and told me where they saw the deer and it helped confirm what I suspected, Shorty was bedding on the NW corner of the farm. This is also one of the toughest places to hunt due to needing wind we usually never get to help get downwind.

I stacked that side of the farm with trail cameras over WindPro Mock Scrapes to be sure. I knew I would need a comfortable stand for all day sits because coming in and out without spooking him would not be an option. So I hung an Advanced “Takedown” TreeStand in the far NW corner of the upper field and strapped 20 feet of Stealth Steps to the tree for easy climbing and just in case I had to make stand adjustments quietly and quickly. 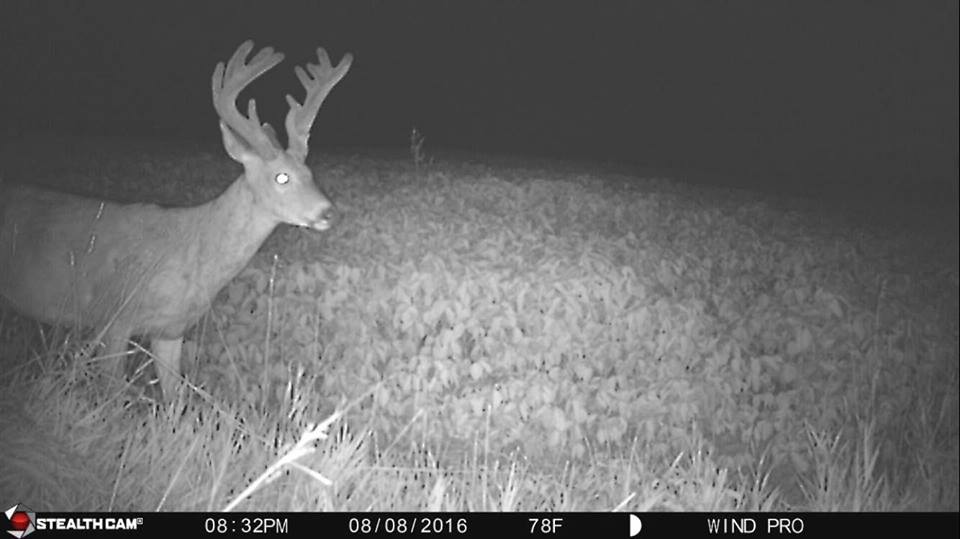 Caught on a trail camera, Shorty was on the radar.

Then came October 1st   and unsuspectedly also came a perfect wind. I could hardly wait to climb into the stand and did so well before first light. Sure enough, at 8:30, Shorty was standing at the fence 60 yards away. He offered me no good shot so I just contented myself with watching him, taking it all in, and learning as much as I could from his behavior. I watched his travel route closely until he disappeared into the CRP.

November 3rd brought in the rut but warm weather hampered deer movement.  I took advantage of the thermals and a less than perfect wind and made my way back to what had become my favorite setup. 5 mins before shooting light I heard a cough like grunt, I knew it was Shorty so grunted a long breeding grunt, followed by 2 short doe bleats. He circled downwind trying to wind the source of the bleat but was unable to due to rising thermals. He then began making his way south and across the bean field. He never gave me a shot but I did get my video camera on him with the rising sun in the background, it made a stunning, awe catching video.

Once again I went into learning mode, watching his every footstep and discovered his favorite bedding area to search for hot does. Just my luck as I have 2 other setups in this area. Now we only had to wait for the wind to work with us again.

November 9th saw a cold front move in with temps in the 30’s, a NW wind and a hunter chomping at the bit with that good feeling in my gut; every hunter knows the one I’m talking about. With a smile on my face I set off to see what I could accomplish.

Sunrise brought the light with does filtering into their bedding area.  I knew I had made the right stand choice. A big 10 point offered shots chasing does 3 times that morning but I knew who I wanted so I waited. 9:30 rolled around and deer movement slowed. I admit I was a little discouraged that Shorty did not show himself but I sat back and did a little facebooking. 10:00 o’clock I had my face buried in my phone trying to figure out how to make my battery last another 8 hours when I heard something moving around. It was either a 250lb squirrel or a deer trotting in the leaves. I raised my head and looked east and there he was, nose to the ground coming in from the wrong direction directly downwind from me. I knew I had help from a little estrous and buck WindPro I had put out on my way in but I also knew the nose of a deer is tough to fool.

100 yards, 80 yards, 50 yards he came as I looked for shooting lanes, 35 yards, stopped, MMMAAAAHHHH, he took an extra step, but still no shots offered. I let down from full draw, reposition to the next lane he would arrive at. I slid the camera over and refocused. I then adjusted my HHA King Pin to 25 yards, oh man he was already there. I go to full draw, nudge my HotShot Vapor release with the base off my thumb and sent my Black Eagle Carnivore through the thin morning air. Thwack, Thwack, I watched him kick and run. What in the world was that first Thwack, I thought? Nervously I went straight to the video camera and sure enough a small sapling that sprang up in my way from the time I released my arrow to the time the arrow hit the deer had misguided my arrow behind the ribs.

My heart sank, my stomach turned, I knew what I need to do. I packed up and went home. After a couple phone calls and offers to come help, which I am very grateful for, I decided to wait until morning to go look for my buck. My buddy Ninja (Michael Ryan Hecht) made the 2 hour drive down to offer his help.

The next morning, hours later and many miles walked I was ready to quit hunting all together. Many hunters know this dejected feeling of not being able to find an animal you hit.  Mike slapped me back to reality rather abruptly as he had to head home. We said our goodbyes but I was not ready to give up.  I headed back to the farm after dropping Mike off at his truck and after a quick check of my OnXMaps Mobil app. off I went. I knew where I wanted to start and with 70 degrees and a gut shot deer I started walking into the wind. It wasn’t long before I could smell death in the air. With the wind leading me I walked into a tall grass draw, one we had walked by no less than 4 times each time we crossed the fence.  Two steps further, I caught some brown in the golden grass. Out came my phone ” Mike, I found him!” 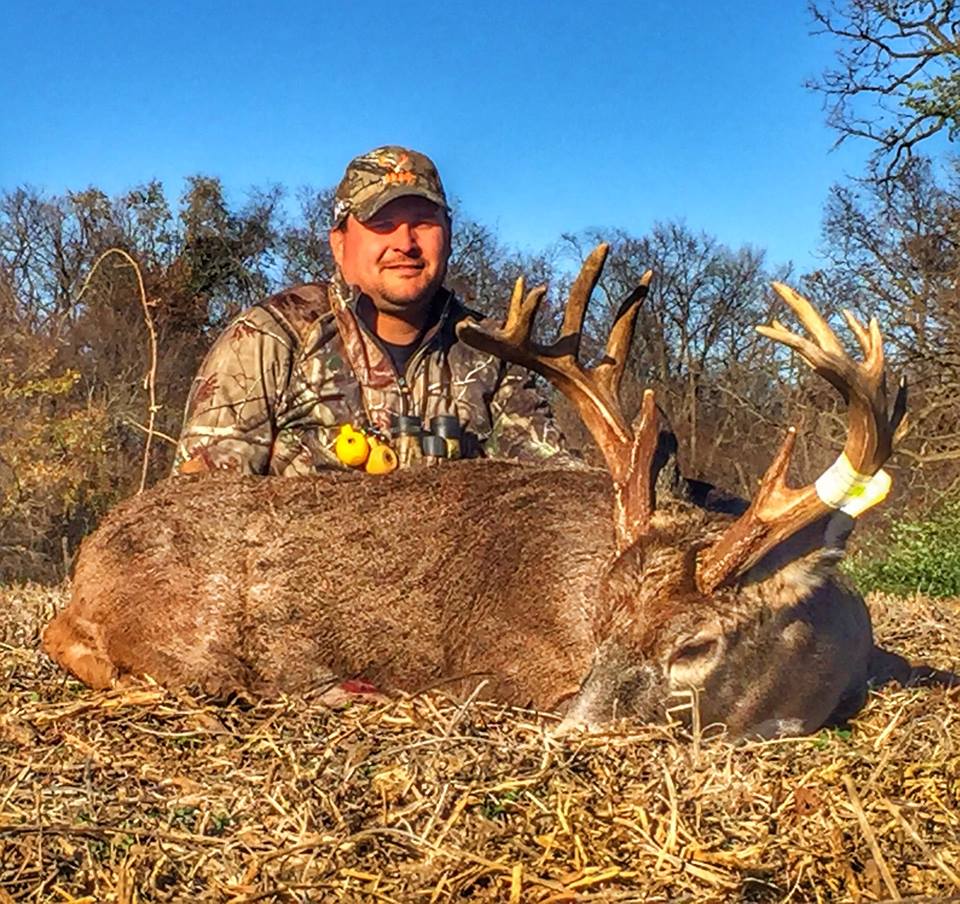 Thus ends the hunt for Shorty and a very happy author.

Mike was quick to respond, “Shut Up!”
There I was, shouting, hooping, and hollering and told him I was not joking. With Mike on his way back to the farm I just sat and stared at this amazing deer we called Shorty. 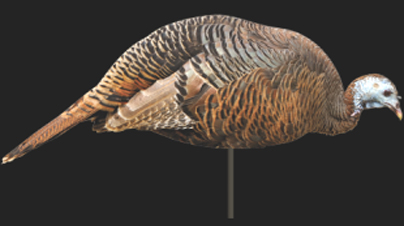 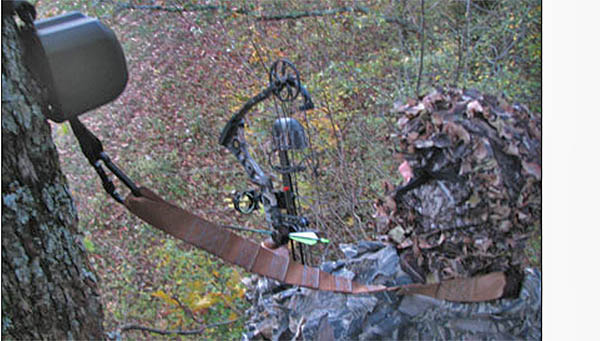 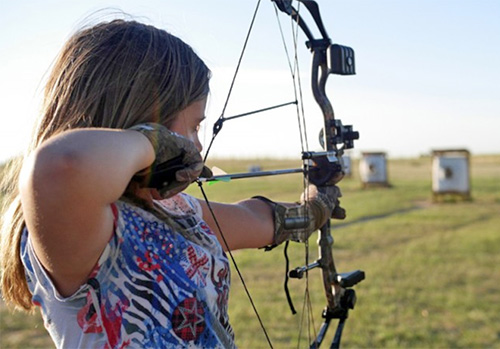