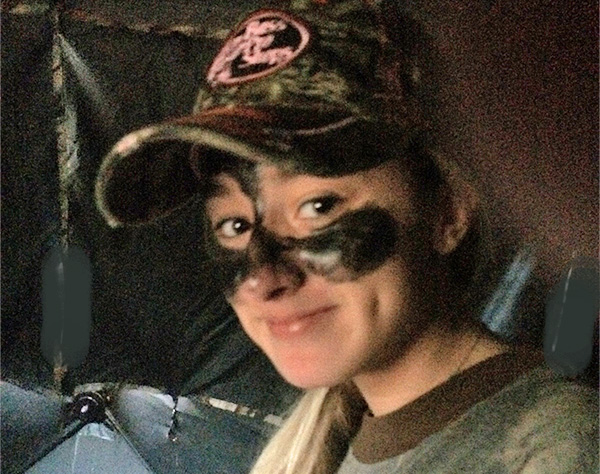 The last weekend of deer season my buddy Robbie Cramer came down Friday afternoon with his daughter Taylor. She was going to bowhunt with him. With only a little more than two hours of daylight left they dropped their stuff off at one of the deer lease’s trailers and hurried out to a stand site known as Double Cross.

Earlier in the year, when they were talking over the phone, Taylor told Robbie she wanted to try bowhunting. Taylor is a 20 year old Junior in college and is studying Marine Biology and Pre-Veterinary Medicine. She is not a hunting newbee as she has hunted for 3 years and taken 2 bucks and I doe with an AR.

Taylor thought that bowhunting would be a good way to “get closer to the animals.”

In the area where they went Robbie has both a ground blind and a treestand. They hunted the ground blind, A Muddy blind that is hidden in a clump of cedar trees. This is thick woods and the trees are a mixture of oak trees and cedars. Bowhunting this area has produced many memorable deer, wild hog and wild turkey bowhunts for Robbie.

Ten minutes after getting in the ground blind they saw a wide 6  point.

Before long Taylor saw a doe coming through the trees in her direction. She got situated and was ready to shoot if there was an opportunity. There was and Taylor wasted no time, her arrow went through the fabric on the end of the camo mesh and the arrow went low.

Got out and checked arrow and it was clear. At that time it was low light and they went back to the hunting trailer.

The next morning they jumped a big wild hog 5 yards away and it snorted at them and ran through the tall weeds and passed by them.

In the blind, they saw saw a 9-point with short tines and Taylor videoed the buck on her smartphone. Then a wide 6-point showed up and the two bucks walked off together. Taylor and Robbie left the blind an hour later.

On the afternoon hunt they saw a yearling and then a big 8-point buck. Later, does came through and Taylor prepared for a shot I she got a chance. The nearest doe paused 12 yards way and Taylor took her shot. The arrow made a loud hit and Taylor saw her arrow’s orange fleathers were behind the shoulder. There was a good blood trail and they followed a short distance and marked the trail where it went into to the thicker brush and larger trees around the small opening where the doe had been.

They got Don and I to help them. Not because it was necessary, but because we told them we definitely wanted to help if Taylor got a shot. Don and Taylor followed the trail by flashlight and quickly found the deer in some nearby brush. We took a couple of pictures on Taylor’s smartphone and attended to her doe. 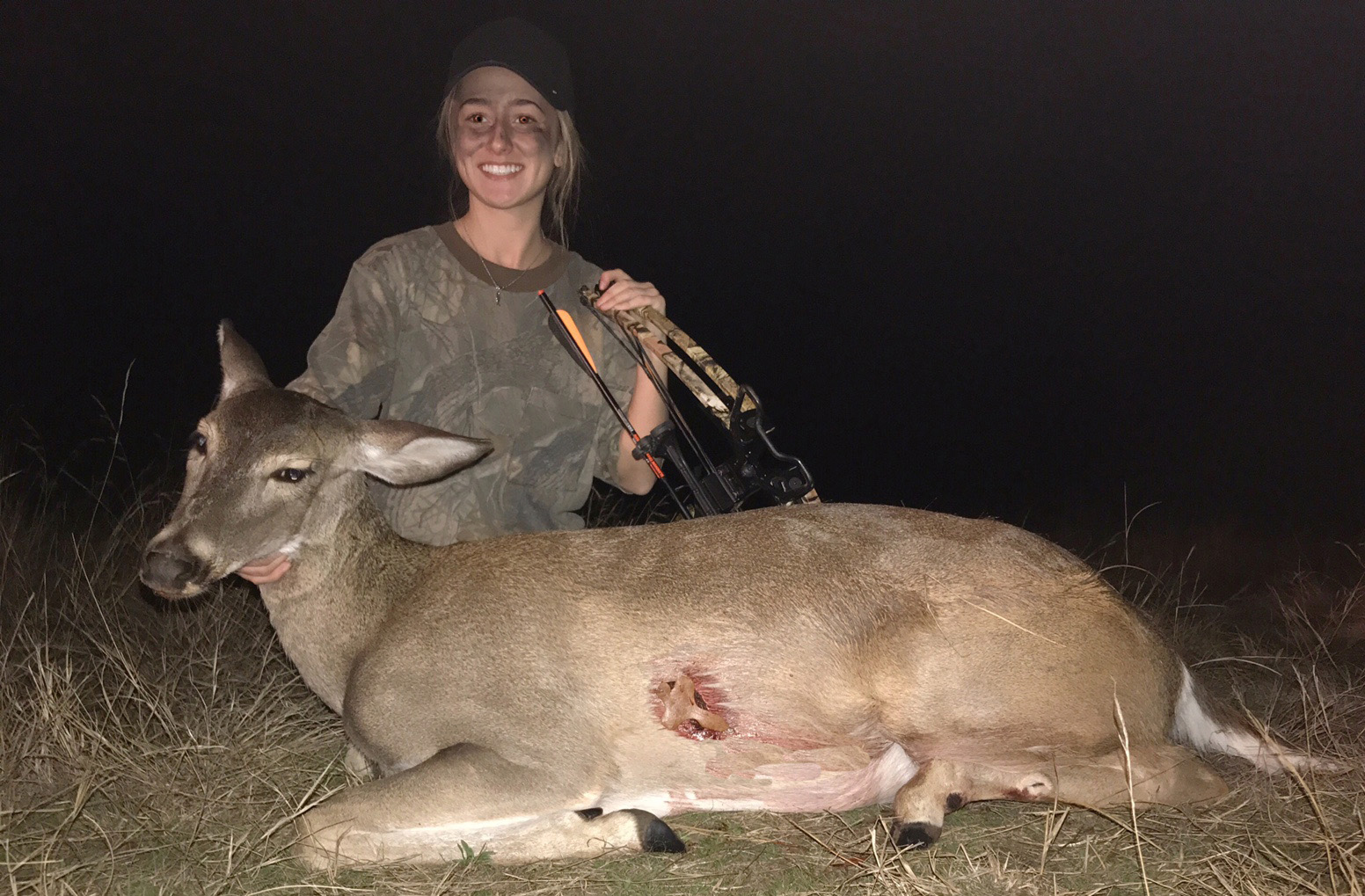 It was super fun and Taylor wants to make it an annual event. Congratulations Taylor, I enjoyed hunting with you.

It Can Happen to You: Treestand Safety

It Can Happen to You: Treestand Safety