by Roy Keefer
in Bowhunting Posts
0 0
0 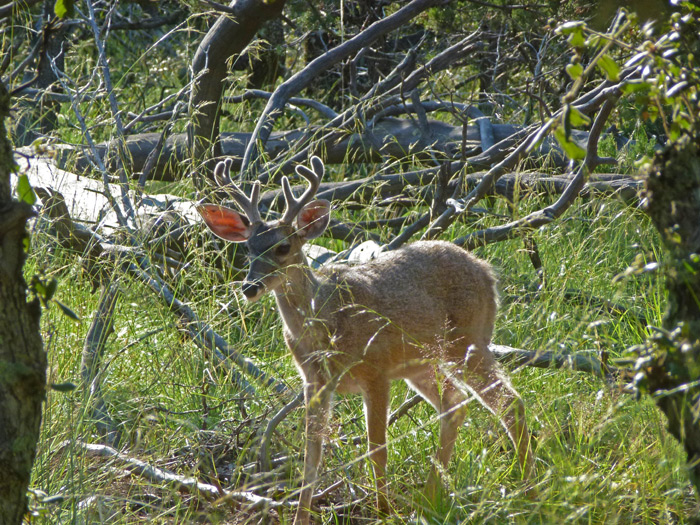 The name of this little deer is often argued around the camp fire.  Some folks pronounce it Kooz while others prefer Kows. Probably the only one who knows for sure is the man for whom they are named, Dr. Eliot Coues. He was an army doctor in the 1800s and studied wildlife extensively. Although he was very much into ornithology, he must have shown an interest in this unique little whitetail that bears his name.; I believe it should be pronounced Kooz, because they’re small and fragile and shouldn’t be called by the same name as a 1200 pound bovine.

BACKGROUND INFORMATION ON THE SPECIES
I referred to Coues as the smallest whitetail, before I am corrected on that fact, I should note the Florida Keys whitetail is actually the smallest subspecies. But, it is on the endangered species list and is not huntable, so the Coues is the smallest whitetail that hunters can pursue. And the Coues is small, much smaller than its northern brethren. It is one of the 35 subspecies of whitetail deer. They stand 28 to 32 inches tall at the shoulder and measure about 56 inches from head to tail. Mature bucks will seldom exceed 90 to 95 pounds, although larger ones have been taken. Does are smaller, weighing 60 to 70 pounds.  To further illustrate their relative size, the Pope & Young Club record book minimum score for Coues is 70”. The minimum score for a northern whitetail is 125”.

The Coues is only found in the southwest portion of the United States. The primary populations are concentrated in Arizona and New Mexico. They prefer high country and are usually found above 4000’ elevation.

Just like the northern whitetail, the Coues has a reddish-brown coat in the summer but it changes to a grayish color in the fall-winter. Often you will hear them referred to as the Grey Ghost.  The name is appropriate since they have a tendency to appear and disappear in the blink of an eye.

HOW TO HUNT THEM
If you want a challenge try using the spot and stalk approach. Sit on a mountain side until you spot a buck and try to get close. Of course, it can be done, but it’s not easy. Rocky terrain makes it difficult to stalk quietly and stalking in your socks to minimize noise can be a real experience. I’m not good at it so I gave up trying several years ago.

I prefer to ambush bucks as they come to water.  If you use a man-made blind, it’s best to set it up as far in advance as possible.  Brushing it in helps a lot.  Be prepared for long sits.  Typically we sit from sun-up until about 5 p.m.  We haven’t had much luck sitting later in the day so we cut it off before sundown.

Approaching a waterhole is a tenuous moment for the Coues.  At that time they are more vulnerable to predators, principally mountain lions; although coyotes do take a toll on the younger deer.  Often Coues will come to water, look things over and leave without watering.  I’ve experienced it many times even when I was concealed in a blind that had been in place for several weeks; had the wind in my favor and didn’t make any noise.  Maybe it’s just a sixth sense of danger.

Next we’ll see if I can put it all together and take home a nice buck.

(To be continued)  For more please go to: Roy K. Keefer