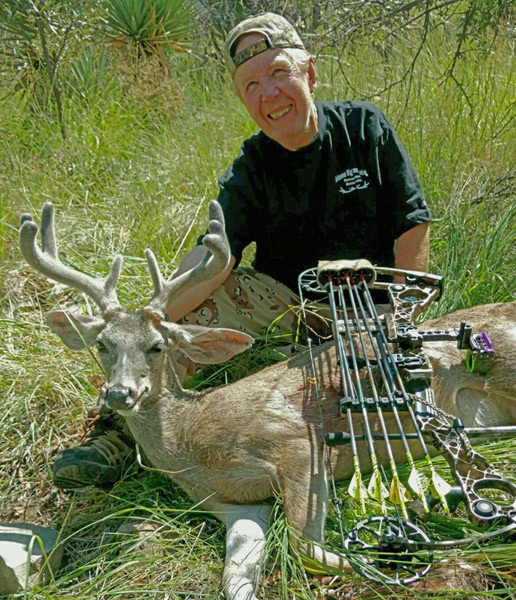 BACK TO THE HUNT

We had four hunters in camp.  By the end of the fifth day, two of them had filled their tags.  Steff Stefanovich and Zack Walton both harvested nice bucks.  The third fellow had the misfortune of developing a medical condition with one of his shoulders and had to leave camp early.  Now things were getting tense, once again I was the only guy with an unfilled tag.  It seems that has become my routine no matter what I’m hunting.

The prior year I hunted the same blind I sat in this year in southern Arizona.  After nine days of patiently sitting and waiting for the right one, a real trophy appeared.  He stopped at 27 yards and began to feed.  Coues’ reflexes are like coiled springs.  Having them jump a string is not uncommon.  With that in mind I aimed low figuring that as he dropped I would get a perfect lung shot.  He didn’t drop at all and I shot under him.  I was videoing the hunt and later when we reviewed the film, Duwane Adams, my guide opined that it was a 100” buck.  You don’t get many chances at a Coues that size. 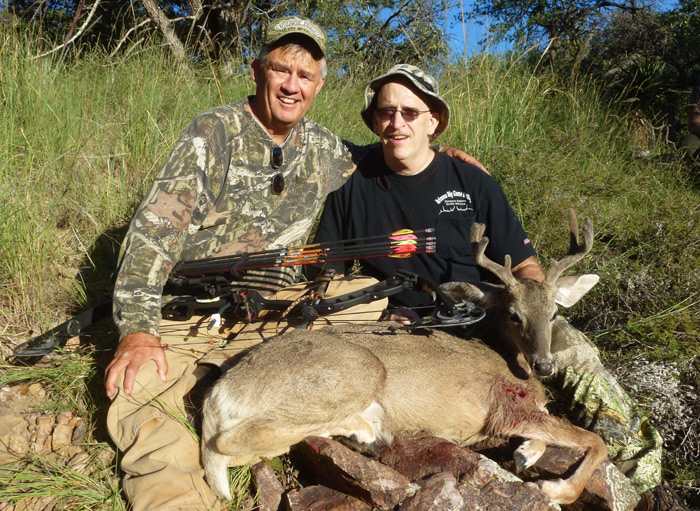 Steff Stefanovich with his coues deer.

This year I vowed not to do anymore stupid stunts.  I was ready.  Each day I repeated the same routine, sitting in the blind for 11 hours a day.  Daily I saw deer, lots of does and some bucks.  Unfortunately, the bucks were small and didn’t measure up to what I wanted.  One day folded into the next.  Other guys in our group were successful and harvested nice bucks.  After five days, I was the only one who hadn’t filled a tag. 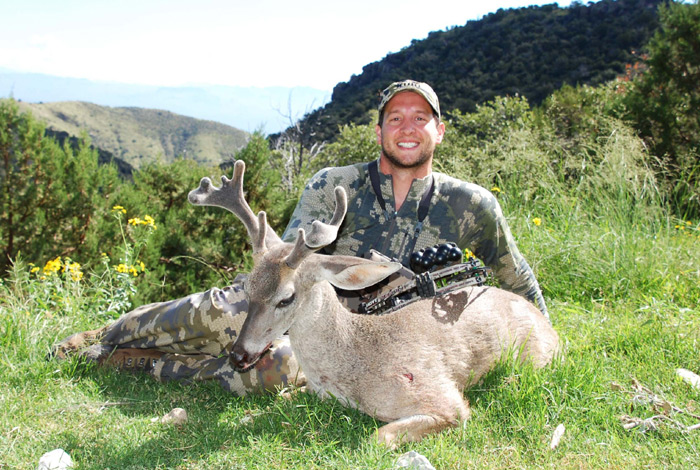 On day six, I was again sitting and waiting.  I had a doe and a spike buck come through, the buck watered, the doe didn’t.  At 9:30 I saw a head pop out from behind a cedar tree.  No doubt, he had been grazing on the side of the mountain and was coming for a drink before bedding down.  It was a mature buck sporting antlers that caused my heart to race.  The question now was would he continue to come closer, or in typical Coues deer fashion wonder off before watering?  Or worse yet, would he spook for no apparent reason and not return.

He moved toward the water hole and closer to my blind.  I had previously placed mesh over the shooting window and was wearing a black shirt and face mask and yet I was concerned he might see me in the blind, so I waited for the right moment.

He moved past my blind at only 10 yards going to my right and circling back to the waterhole.  I was confident I could get a shot when he dropped his head to drink, but that didn’t happen, a tree blocked the kill zone.  After drinking he backed off from the water and stood broadside at 18 yards.  The moment had arrived and I quickly drew, aimed and triggered my release.  He stumbled back a few steps, moved slowly toward the edge of the mountain and disappeared.

I called Duwane and once he arrived with another guide, Michael Hughey, and one of the other hunters, Steff Stefanovich, we began to follow a sparse blood trail.  After following a drop here and there, we saw where he had stumbled and left a pool of blood.  Because my shot was taken at ground level, the chest cavity absorbed all of the bleeding and little fell to the ground.  About 30 yards further down the mountain he lay dead under a tree.  My aim had been good, a double lung shot.    Kneeling beside the buck, I couldn’t help but admire and be thankful I had succeeded in harvesting such a beautiful animal.

Patience pays off and a perfect shot helps Roy take home a trophy.

During the ride off the mountain I remembered something Duwane once said to me.  He said people at seminars he conducts often ask “What do you call them?  Kooz or Kows?”  His reply, “I simply call them the most difficult animal to hunt in North America.”  You should give it a try and see if you agree. 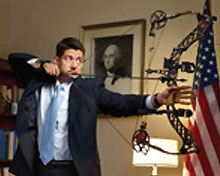 A Letter from ATA: Helping Save America – Romney/Ryan 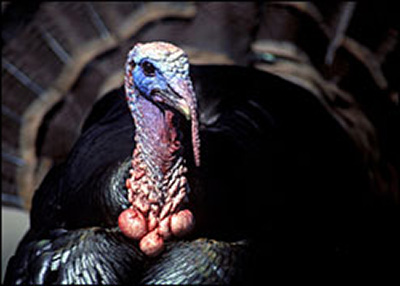 How To Clean & Prepare Your Wild Turkey 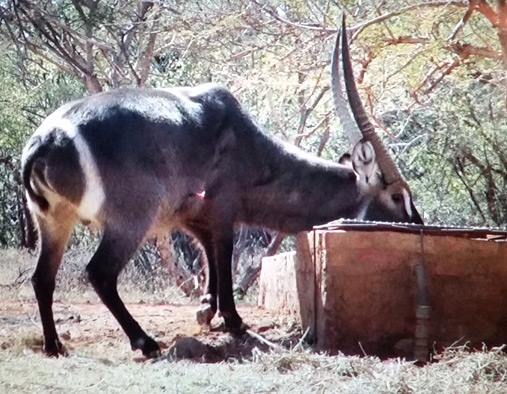