by Robert Hoague
in Bowhunting Blog, Bowhunting Videos, Deer
0 0
A A
1 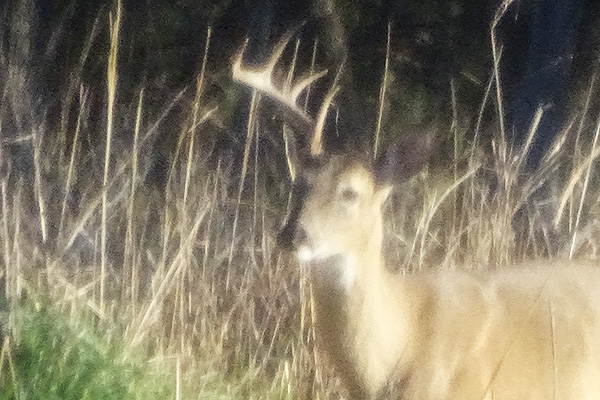 A Mystery Solved. And The First Buck To Shed An Antler And Get His Picture Taken!

As a serious taker of deer pictures for over 20 years, sometimes I get lucky enough to see some cool things. This morning was one of those cool-deer-pic mornings.

Lately the deer are moving later than they did during hunting season. The first half hour nothing goes on. But when the sun gets above the trees and spreads daylight around the area, deer show up. This year we’ve had some early rains and that has jump started natural deer browse.

I saw a few deer in the trees this morning but couldn’t get any pics because they were too far away. Before long I saw a buck that I’ve been looking for. 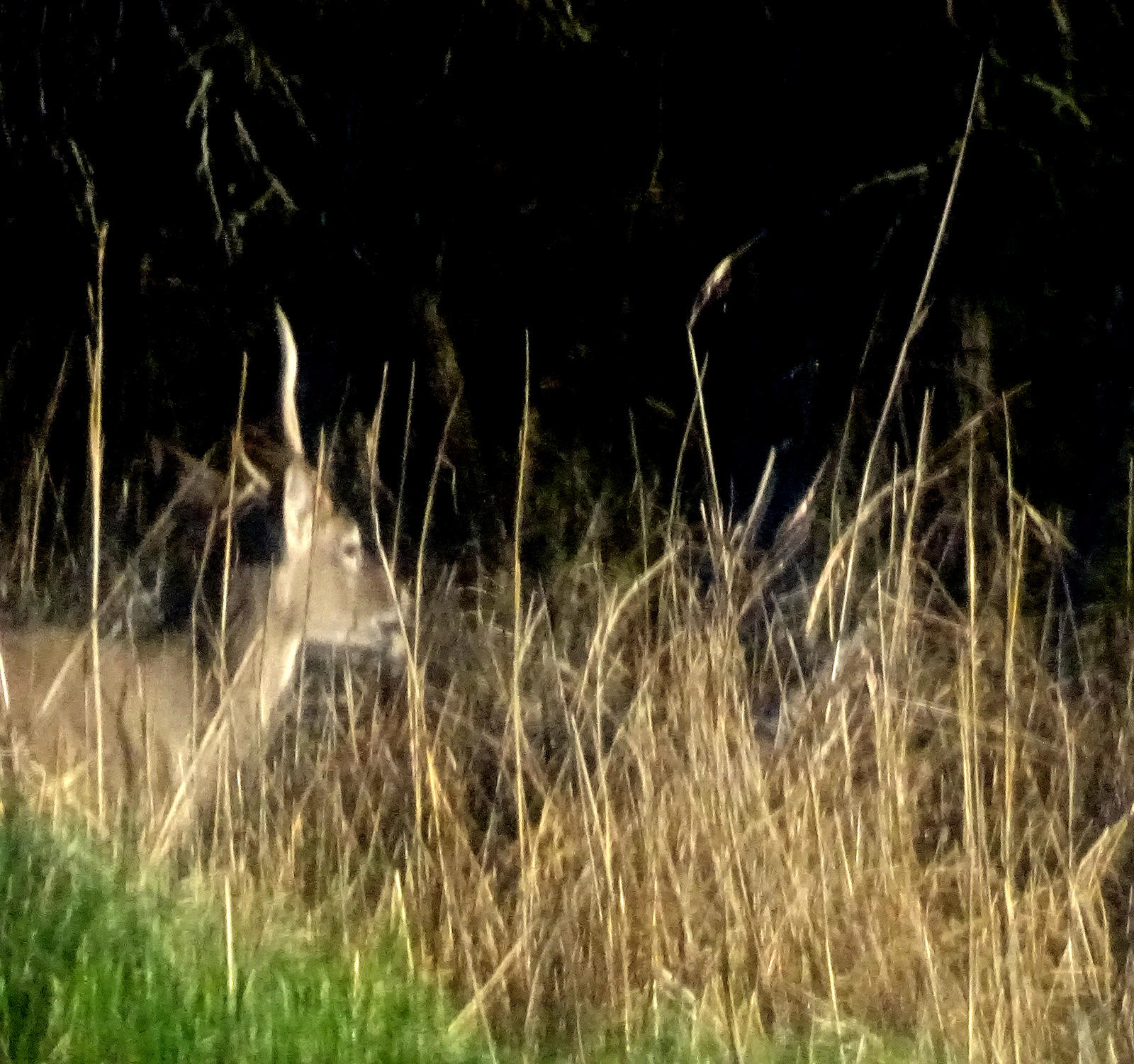 Last week I put up some pics of a buck with one antler. He didn’t stick around long  but depending on how he moved his head it looked like there was a possibility he had a broken off main beam on the opposite side. But I couldn’t tell for sure. However, I found out this morning. 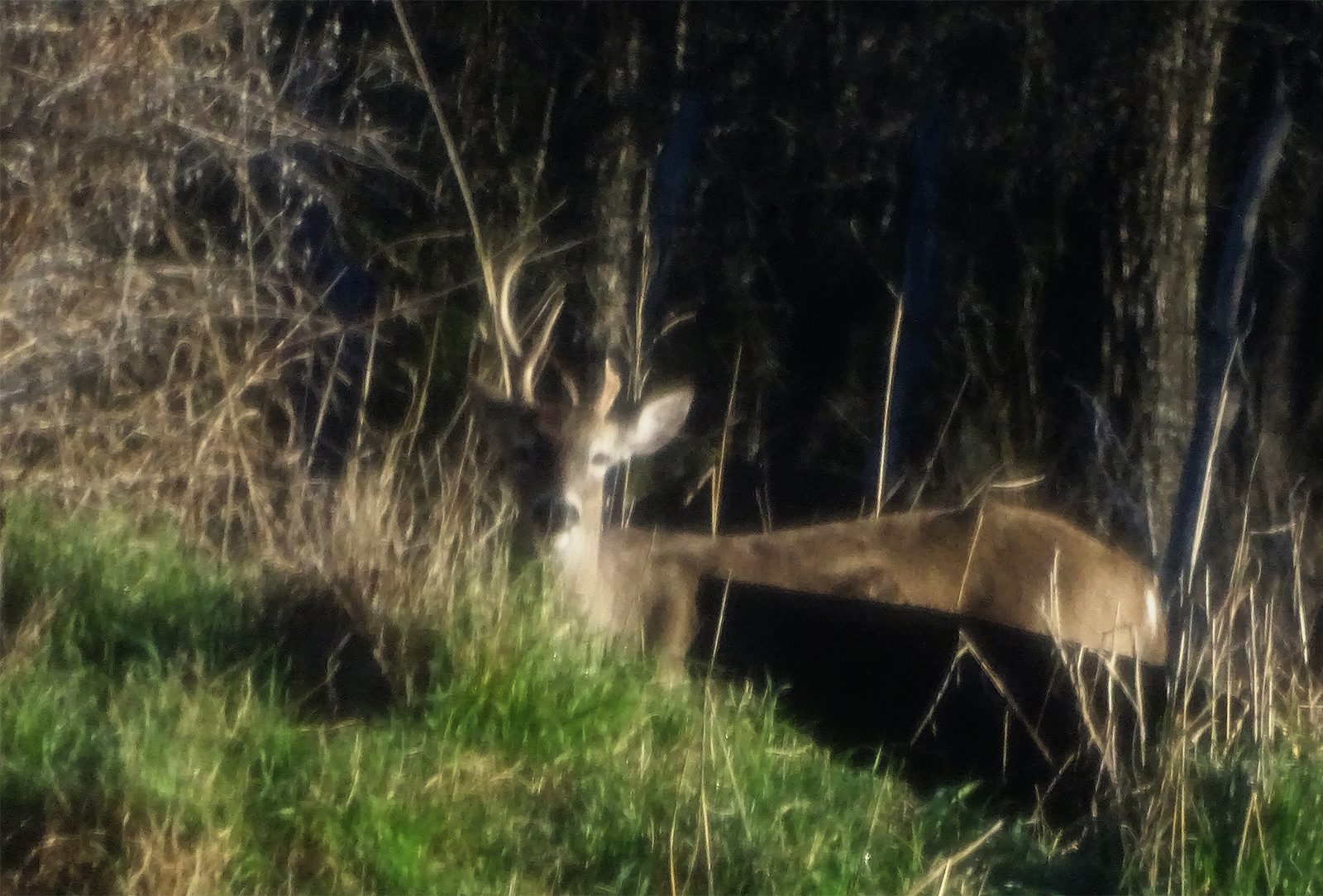 As he moved around I got a good frontal picture and we can see what’s up with his antlers. He definitely has a stob of a broken main beam for his left antler. So this buck is not the first buck to shed an antler.

As I looked him over I noticed the shadowy shape of a deer behind the buck. 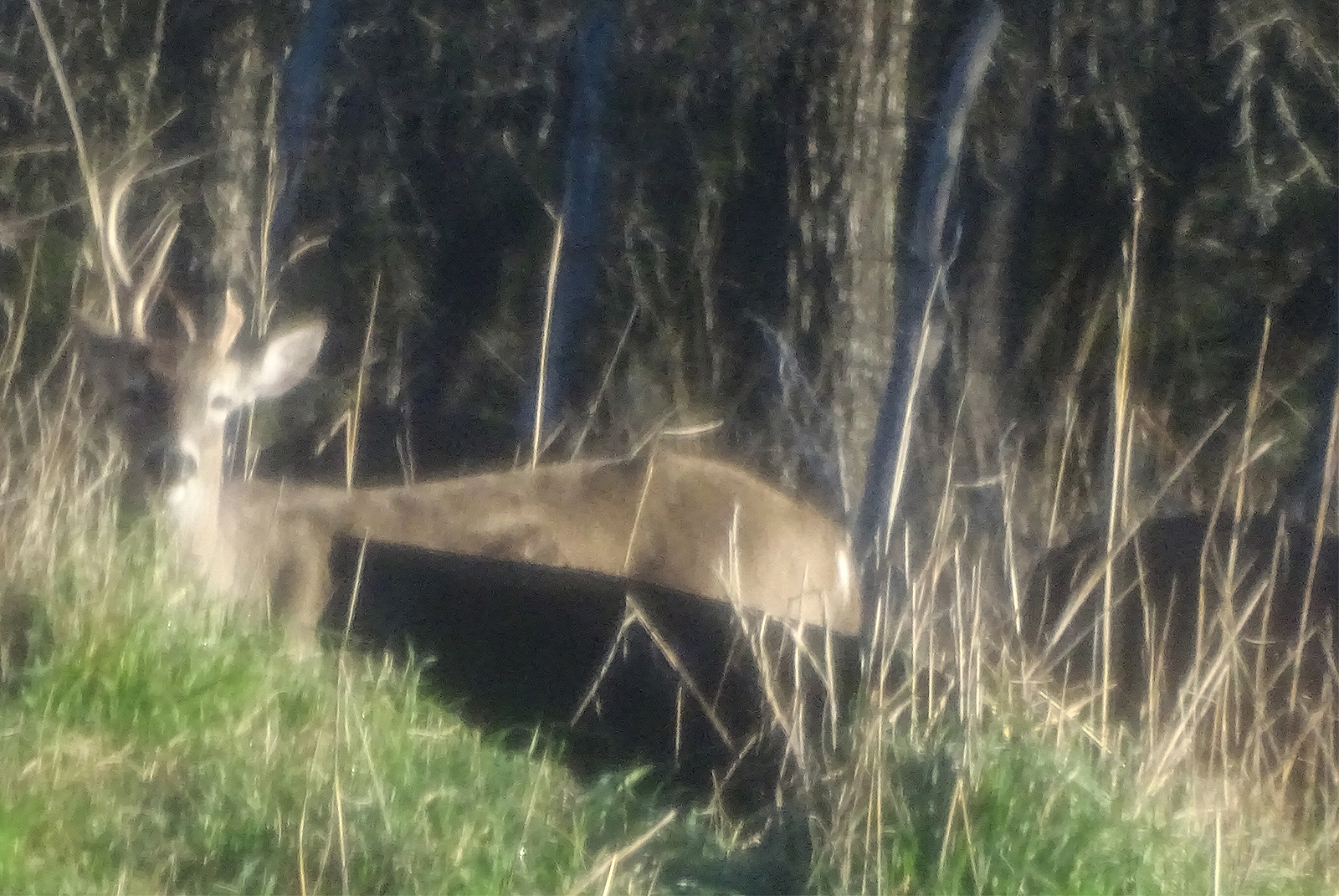 When the new deer moved so the daylight shined him up I saw that he was a buck too. 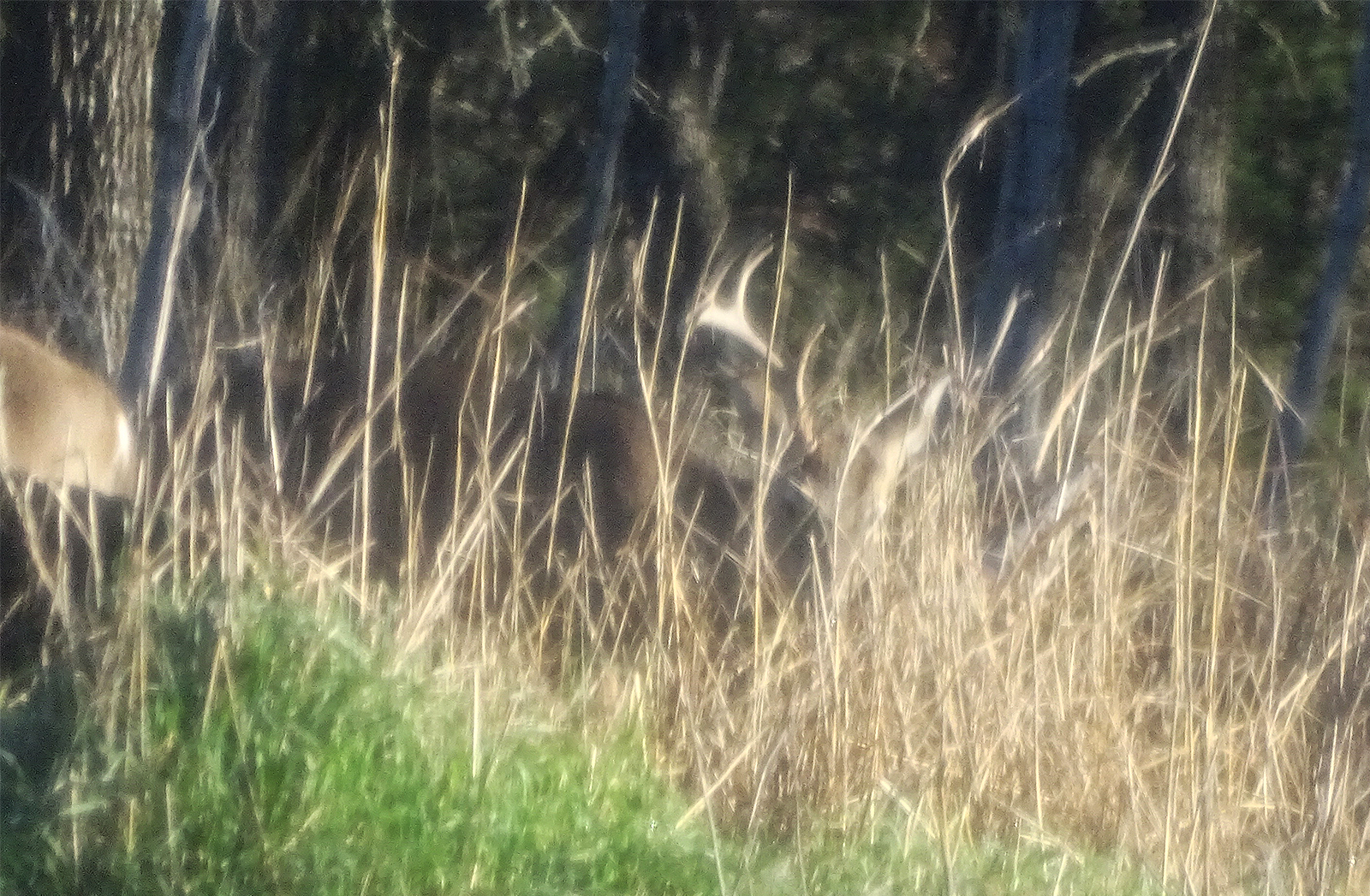 Hmmmm, I thought, “does he have two antlers or one?” 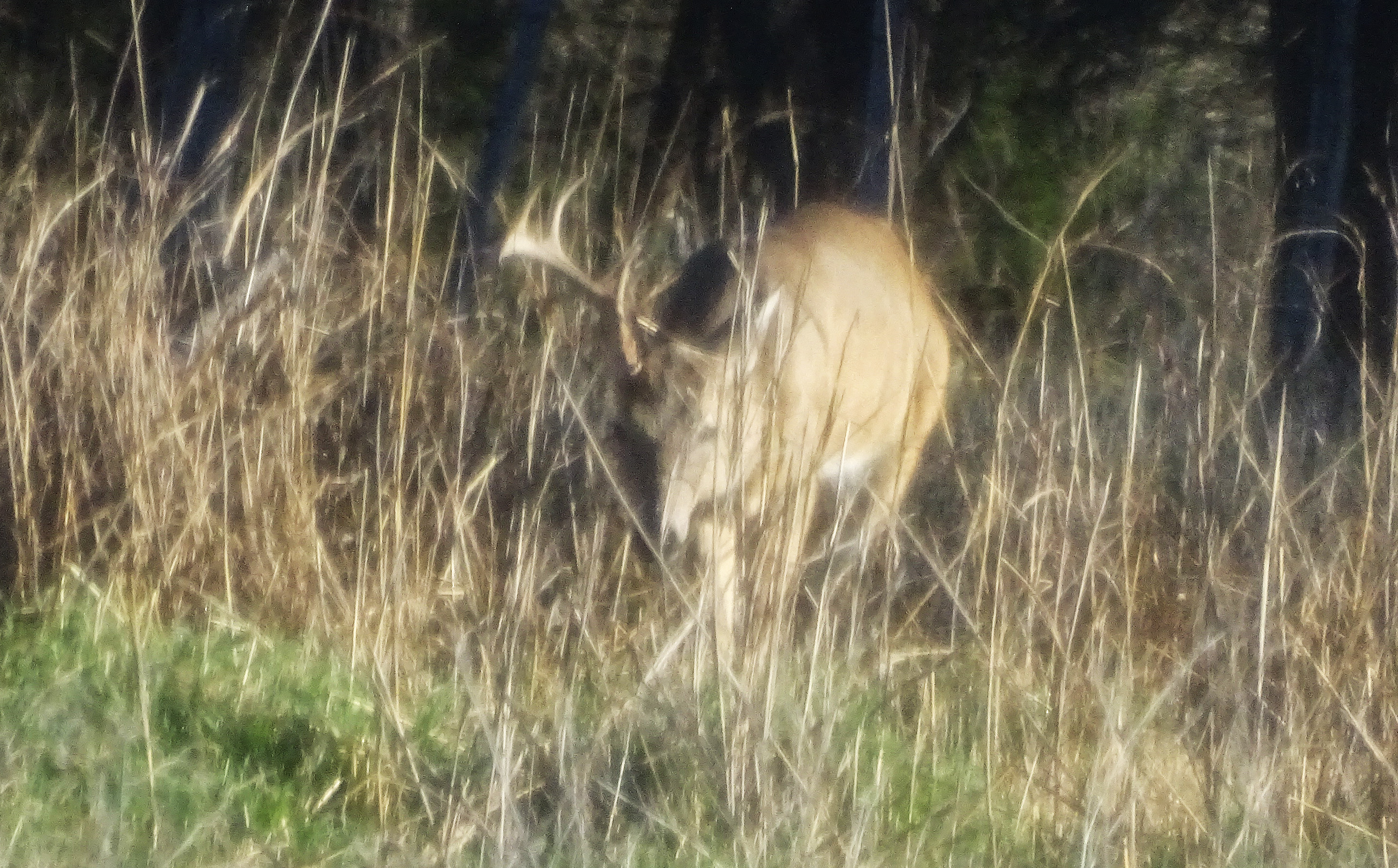 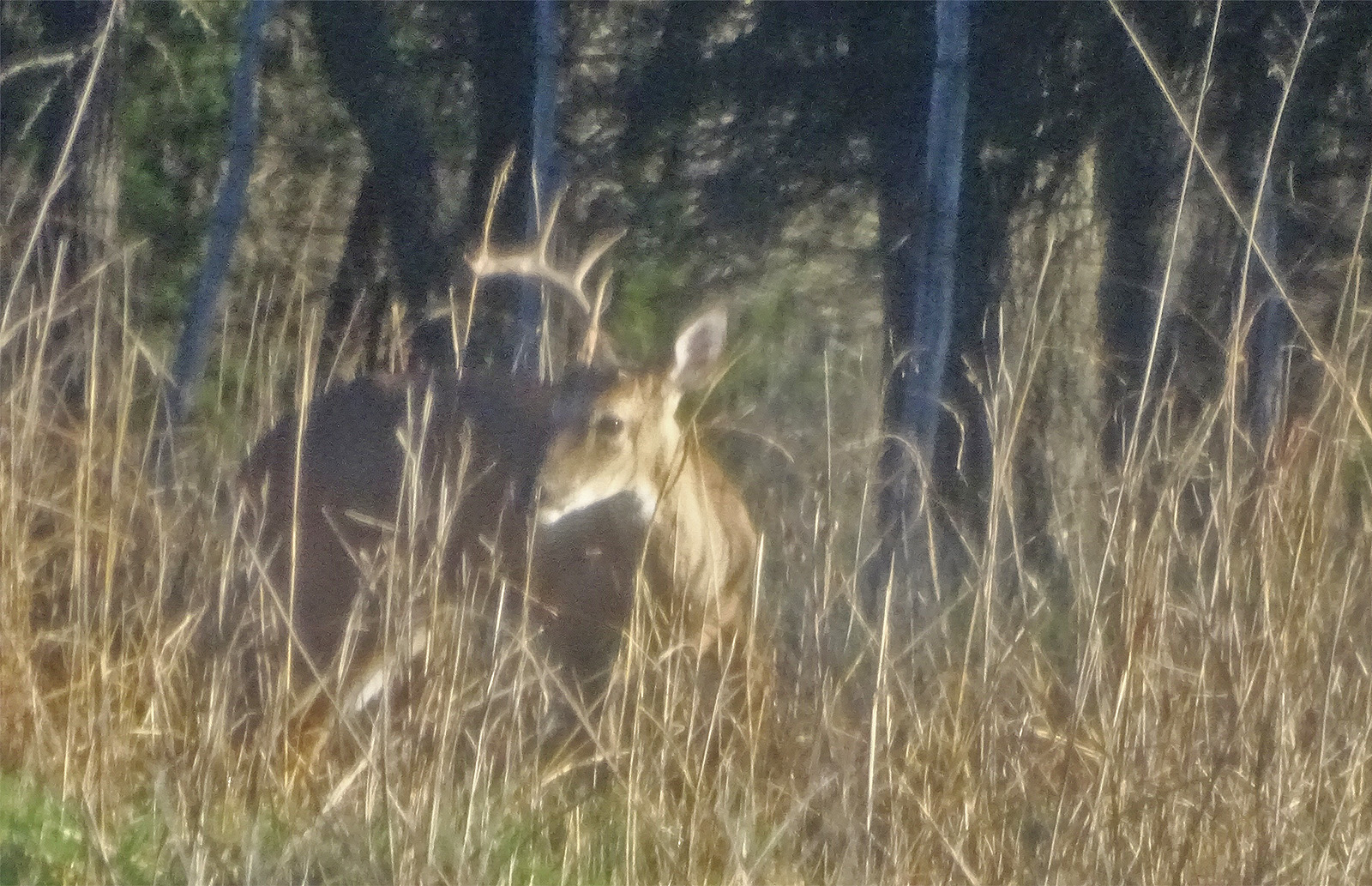 Our buck walked toward the other buck and I get a better picture of him. 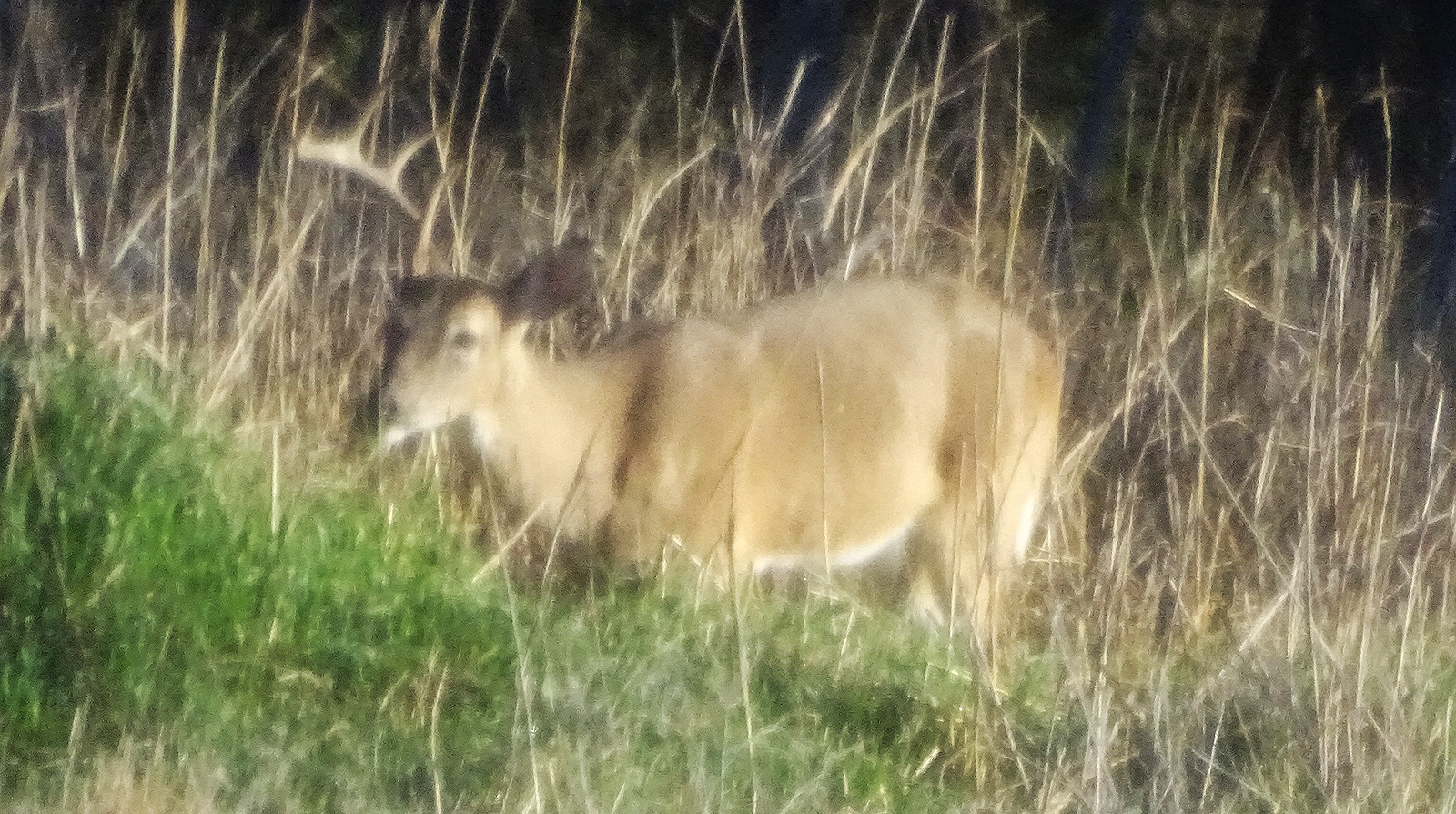 When he stopped near the first buck I got a picture of both of them together. 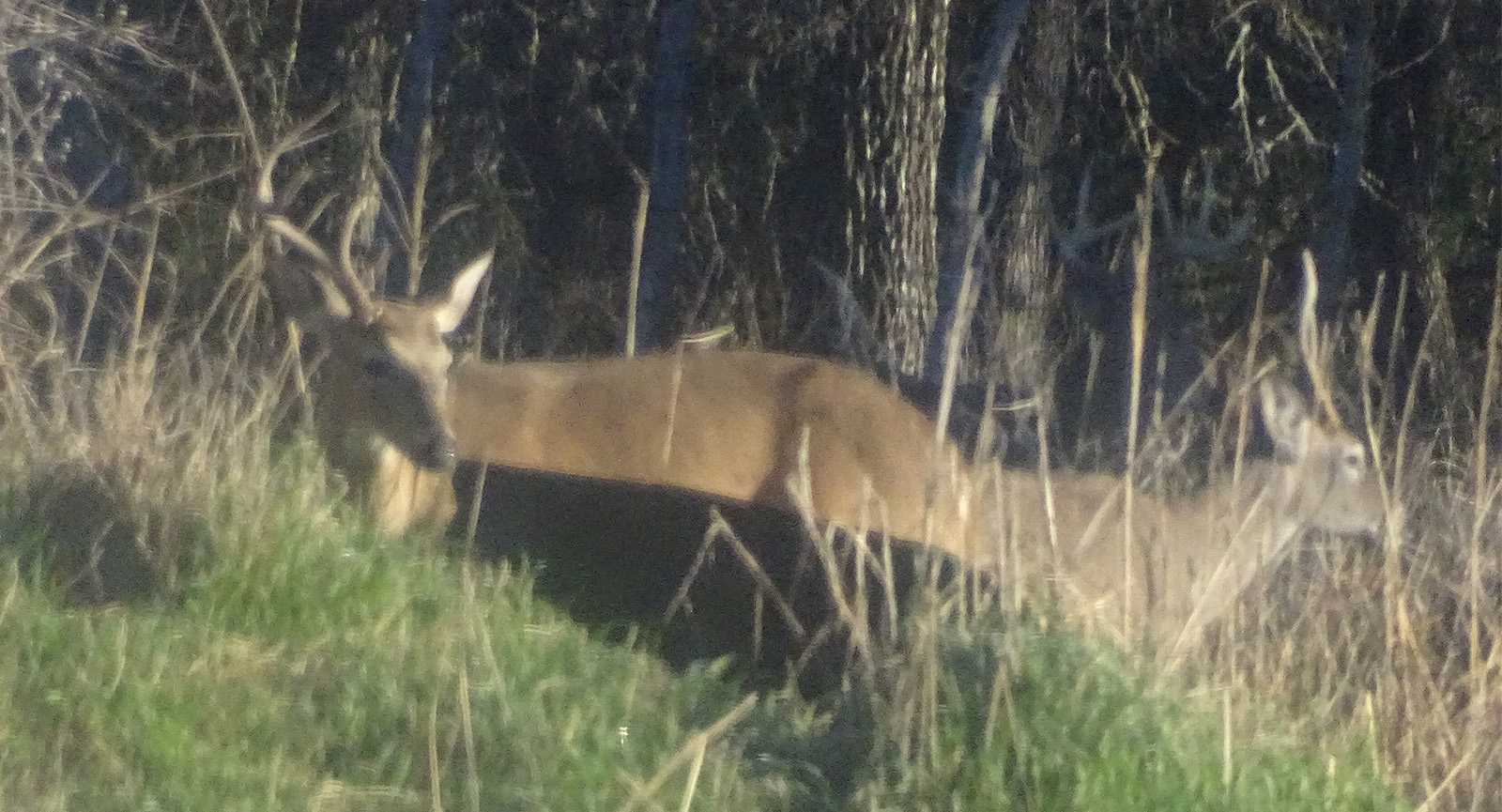 The two bucks walked away and I lost sight of them in the nearby trees. This was truly a special day in the deer woods. Life is good.