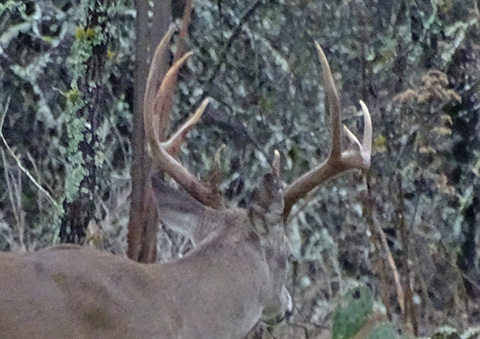 Patience, Perseverance, Knowing The Deer Woods, And A Good Camera Pay Off.

When it’s Mid-March around here there are not many days left until the bucks are bald headed and their racks, large and small, are laying by a fence or in the weeds, or dried leaves, or grass.

One thing I’m convinced of is that perseverance in my deerhunting and deer-picture-taking-life, coupled with the consistent attitude of staying-in-the-game, has enriched me greatly and enlightened me in countless more ways than just hunting.

But I’m out ahead of myself. Lets get back on track and talk about what happened after I was lucky enough to photograph the ‘Late Big Buck’ a few days ago.

I kept waking up early and watching the woods where I’d seen him. It took 4 days. A slight movement in the trees drew my attention. I used my camera to focus on the area and when a deer’s head moved out from behind a tree I took its picture. 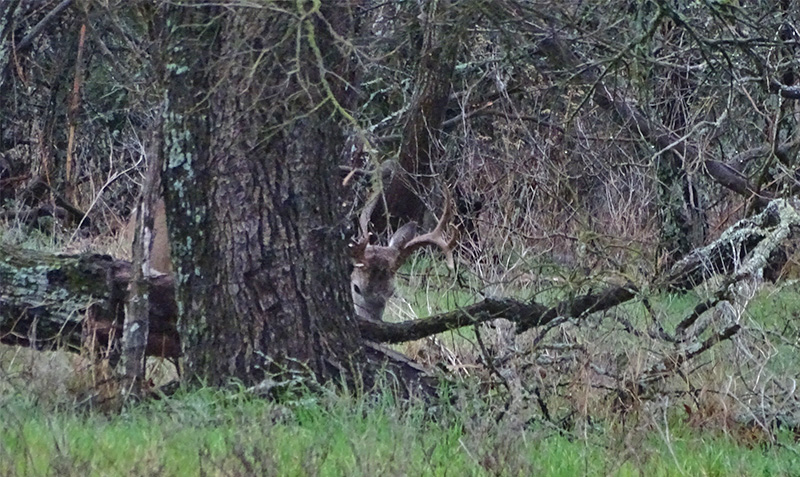 The buck poked more of himself around the tree and I photographed him again. 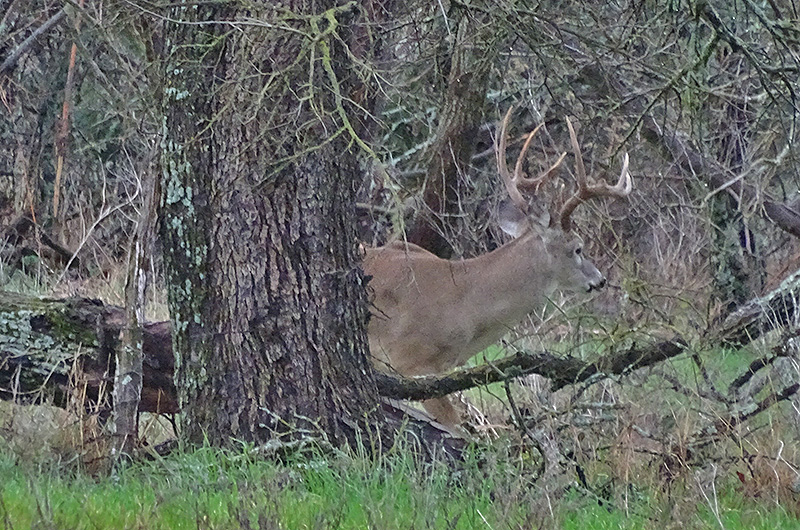 He promptly looked into the thick trees and branches and I got picture number 3. 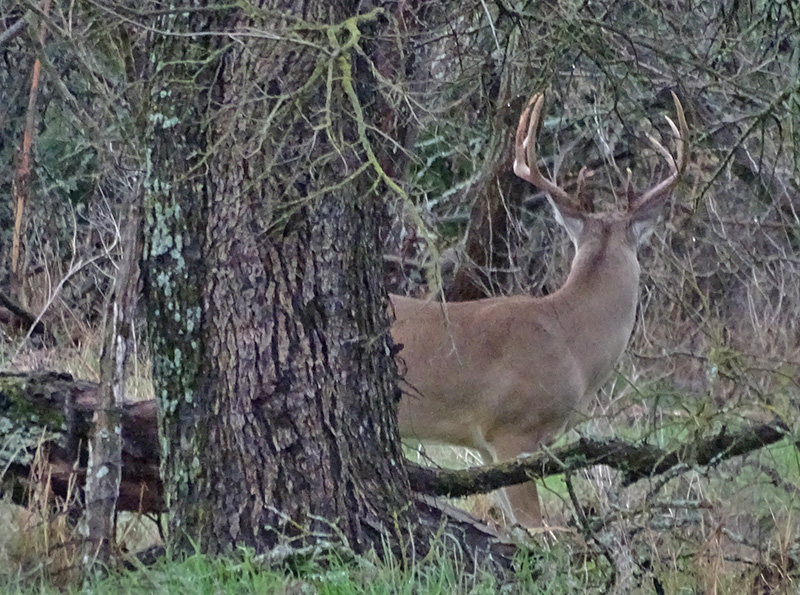 This was definitely the ‘Late Big Buck’, he walked to the edge of the trees and smelled the ground. 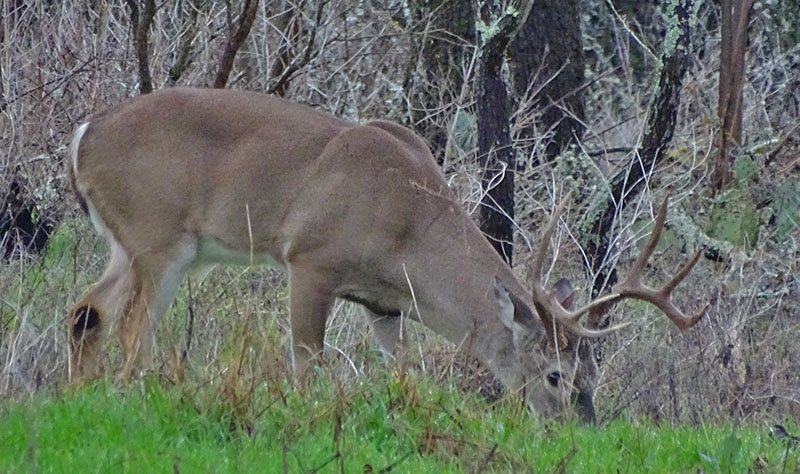 A moment later he kept on walking. His hocks are coal black and he is obviously on the lookout. 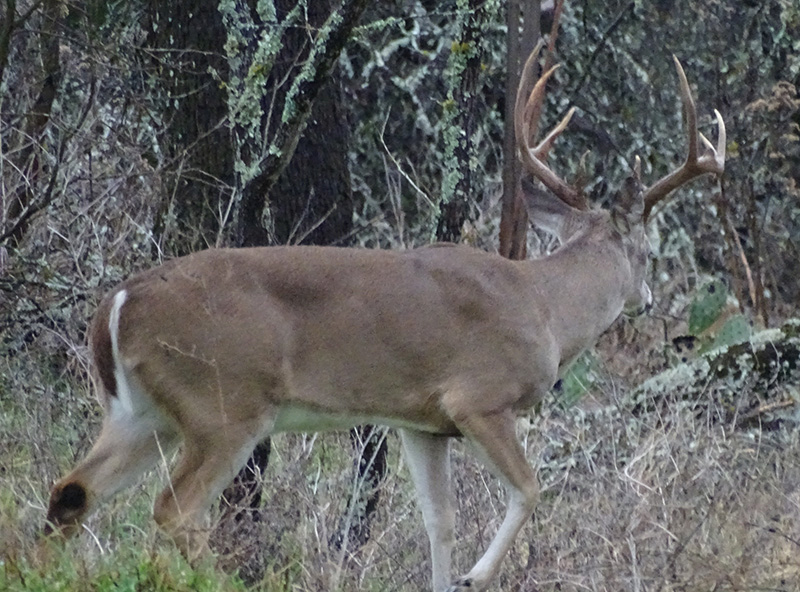 He ducked his head and stopped, briefly smelling the ground. 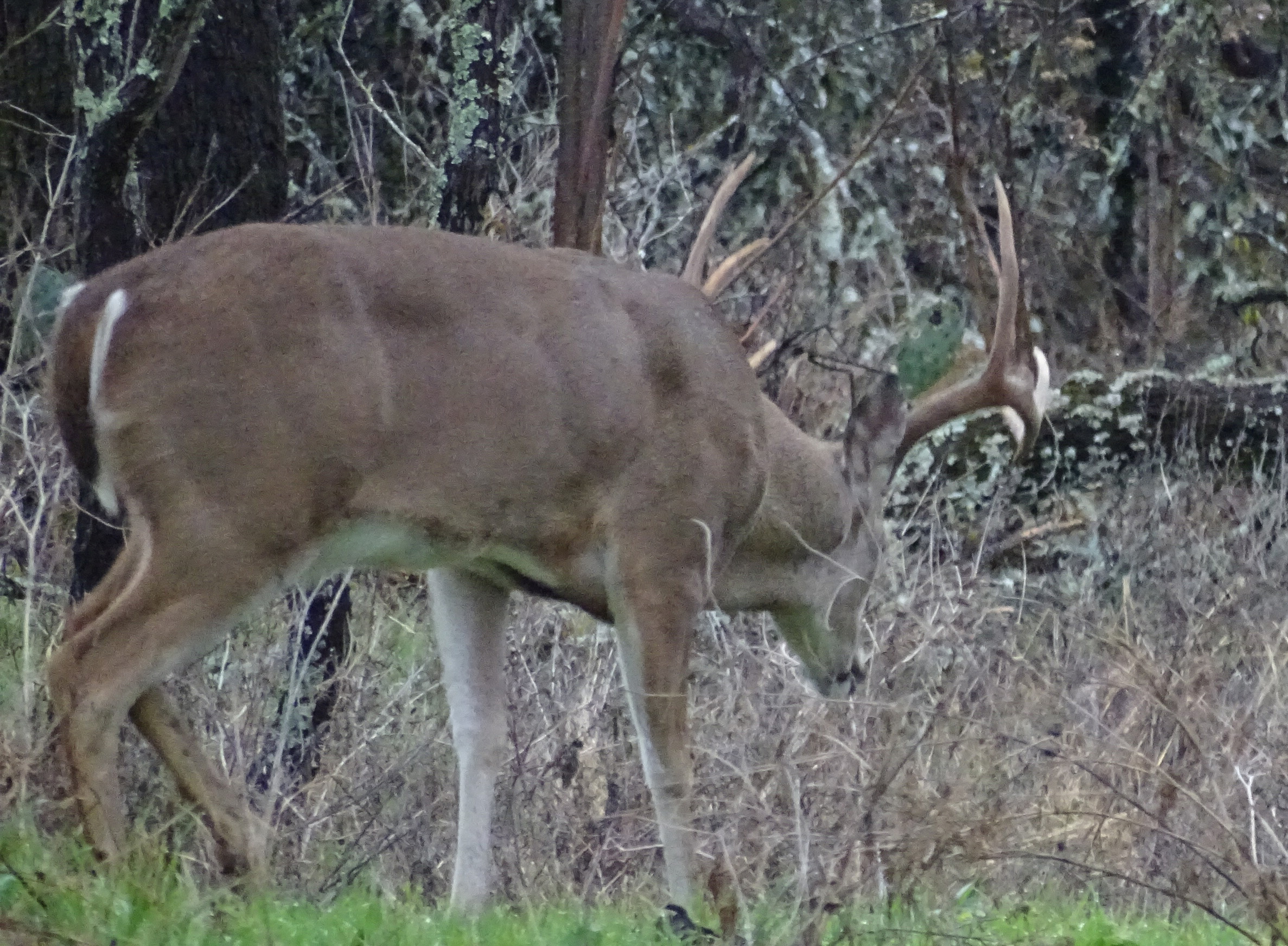 I guess he didn’t smell anything interesting because he continued on and walked past me. He has a broken G3 tine on the side toward us. Earlier he had been a 9-pointer. 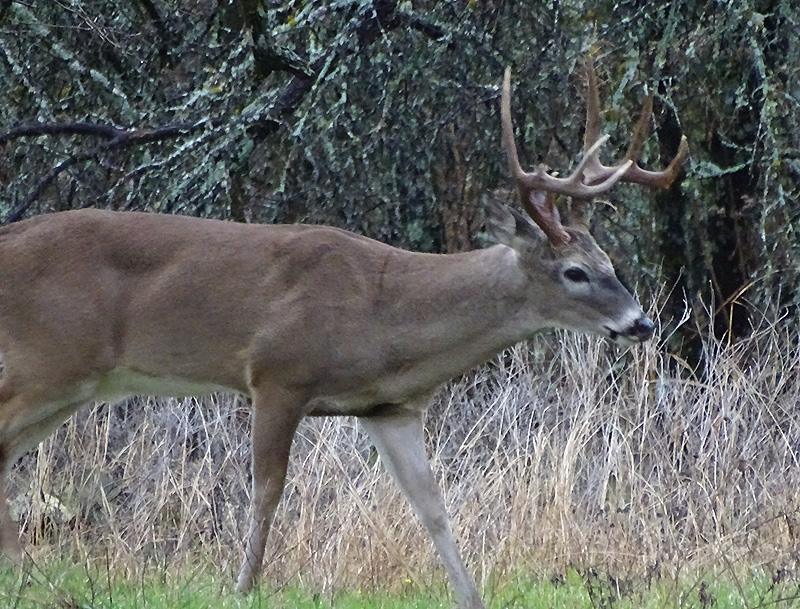 A few steps past me he angled left on a trail that went deeper into the woods. 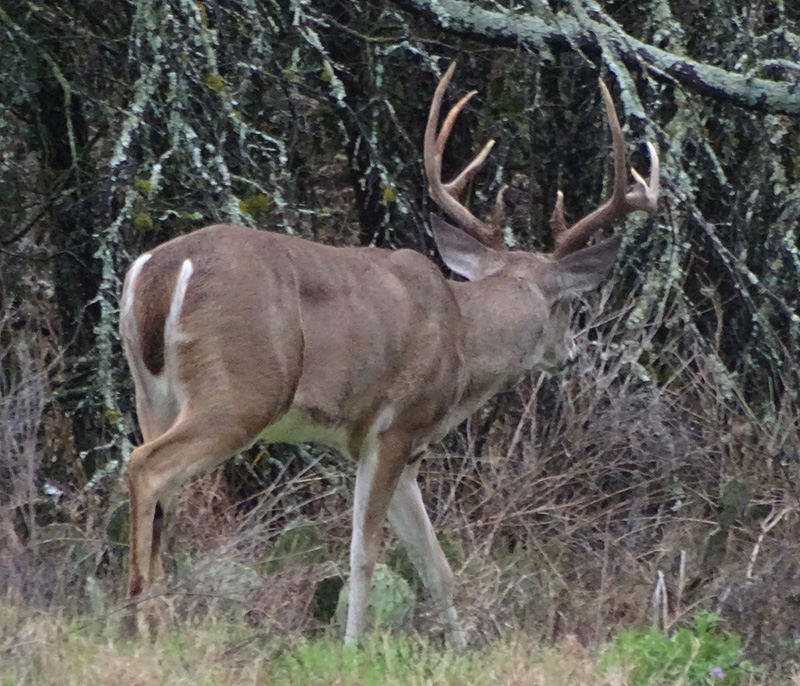 And the final picture I took was ‘Last Big Buck’ going into the trees. 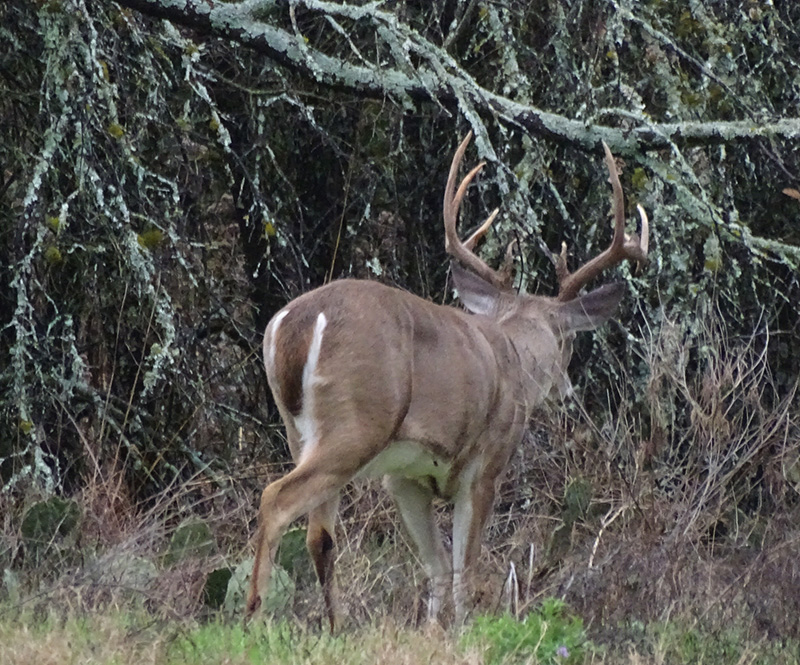 I haven’t seen him since that morning.