IF A BUCK STILL HAS ANTLERS NOW, IS HE STILL LOOKING FOR DOES? 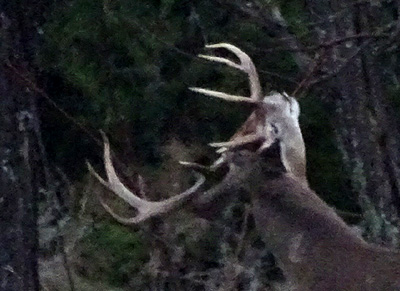 Watching Deer On March 14: A Nice Day To Work Some Limbs And Paw A Scrape! 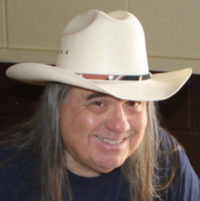 Middle of March and when somebody asks, “What are the bucks doing?”, they think they know the answer. They believe the bucks have shed their antlers and now they are laying around, and eating like crazy to get their weight back up and be revitalized.

Well, the buck I took pictures of the other day that had shed one antler has probably shed the other one by now, so he’s out in front of the curve for eating like crazy and getting revitalized. However, most of the bucks in this area still have antlers! And I promise you, if a buck has antlers on his head he is searching for a doe to breed.

So bucks are watching fields and open areas where they located does in rut earlier. Bucks are still on the lookout for a lone doe standing by itself, because that worked back then; and it will work now, except now it works better.

Bucks are also out marking limbs with their mouth and working limbs with their antlers to get their scent on them. Until their antlers fall off they still go to these rutting meet-up places. For good reason, because any doe that was not bred will still come into rut and will come there and leave her scent and will likely hang out a while. But we will come back to that.

Onward to this morning’s deer woods…

Daylight slipped in slowly and I saw a buck in the deer woods and took a picture as he walked along. I waited before taking more pics. But when he looked up at the low limbs ahead of him I got in full-blown-photo-taking mode. 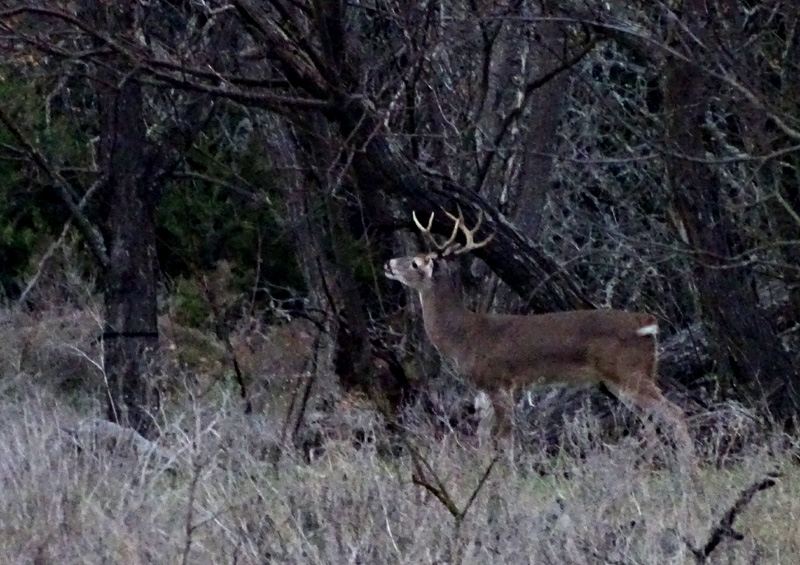 He grabbed a low hanging limb in his teeth and yanked it around. 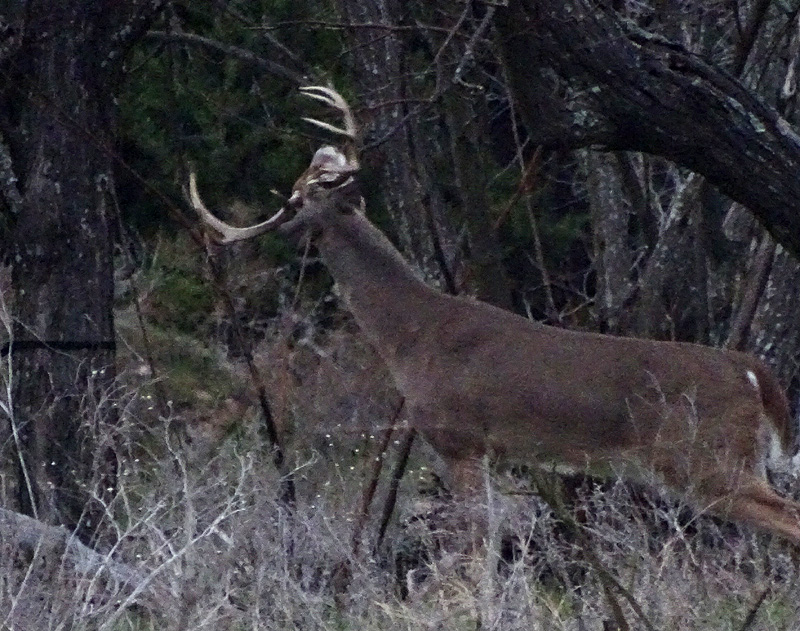 I zoomed in a little on the buck and got a closer picture. If you haven’t noticed it before notice it now, there is a black nylon strap around the tree to the left of the buck. It is attached to one of my game cameras, and it didn’t wind up where it is by accident. 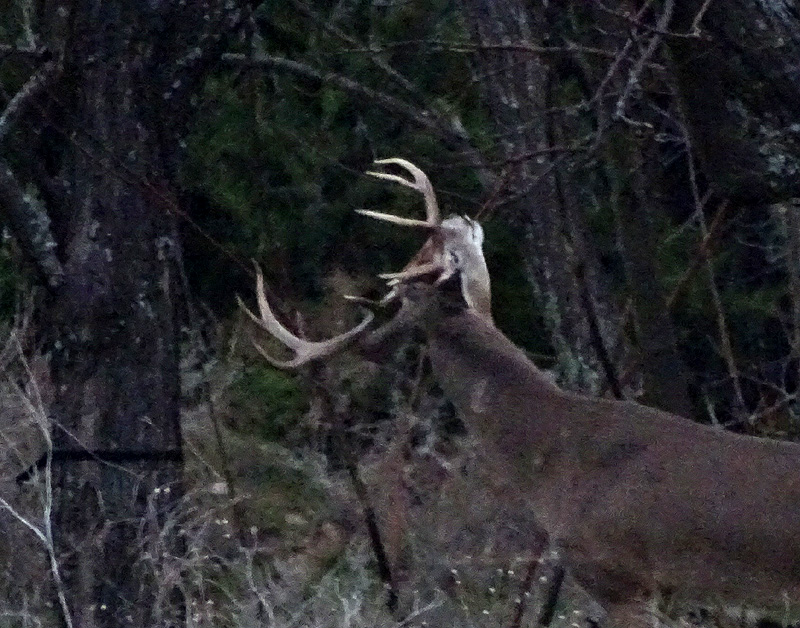 Then the buck knocked the limbs around with his antlers. 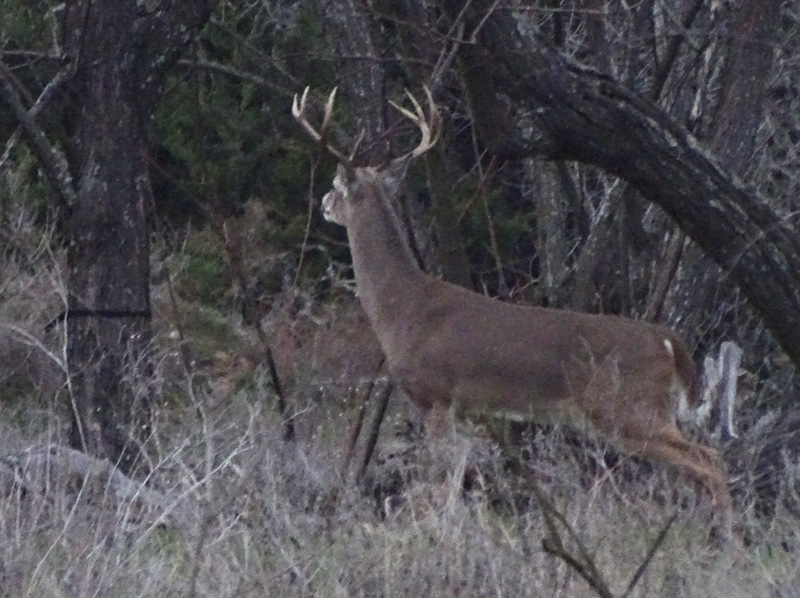 When he was finished, the buck moved a couple of steps and began urinating on his hocks, and looked around while he did it. 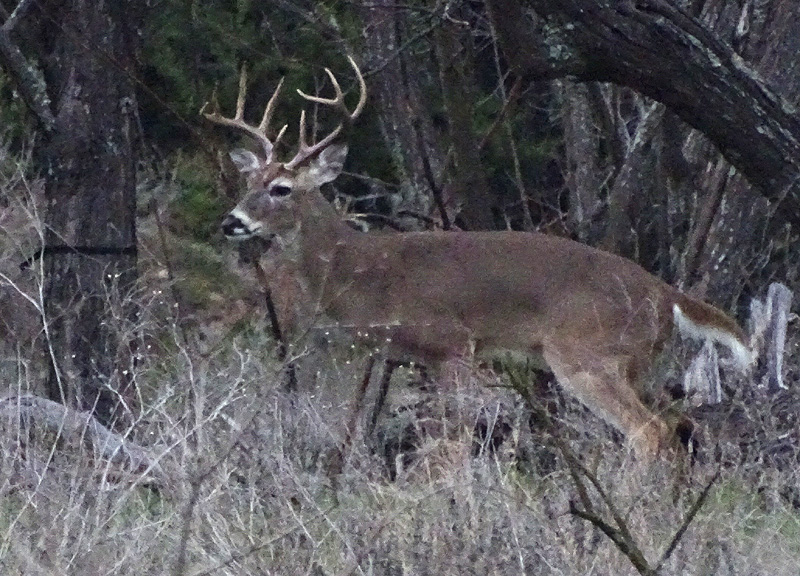 Next, he pawed the ground with his front feet. 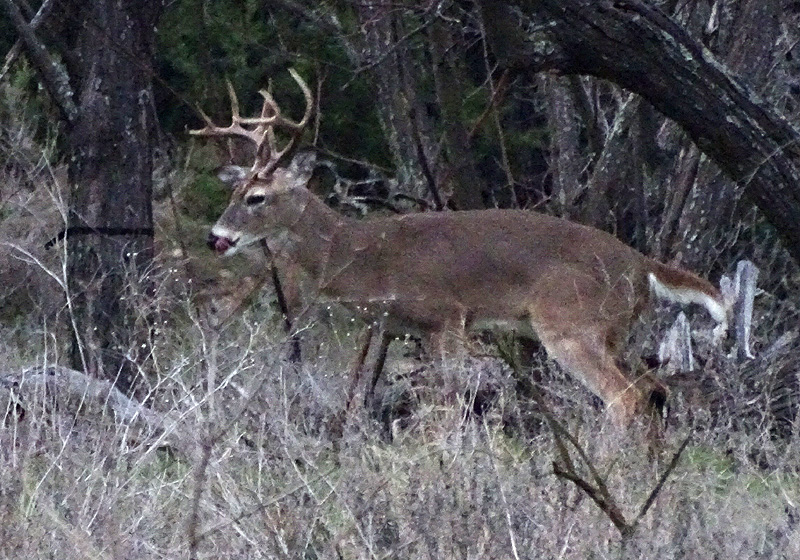 He really leaned into it, making sure his scent and markings were in this a mid-March scrape. 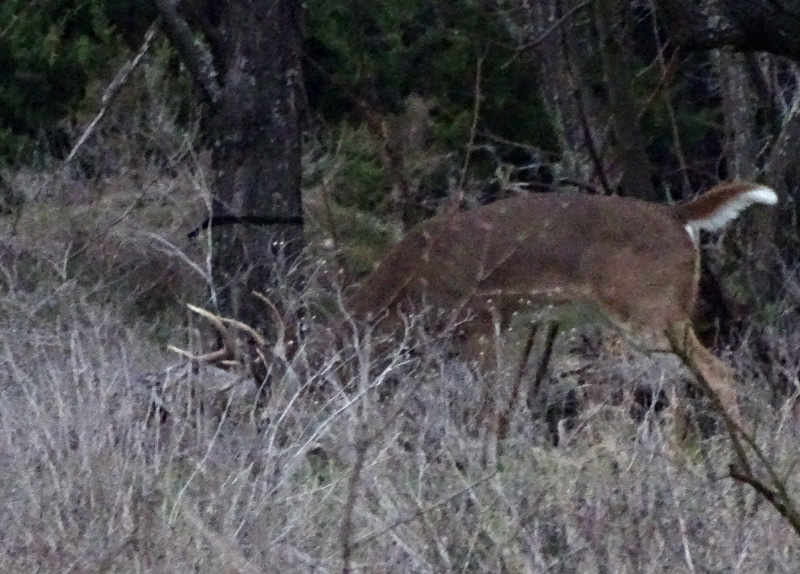 Finished with the limb marking and scrape pawing, he walked a short ways and stopped. 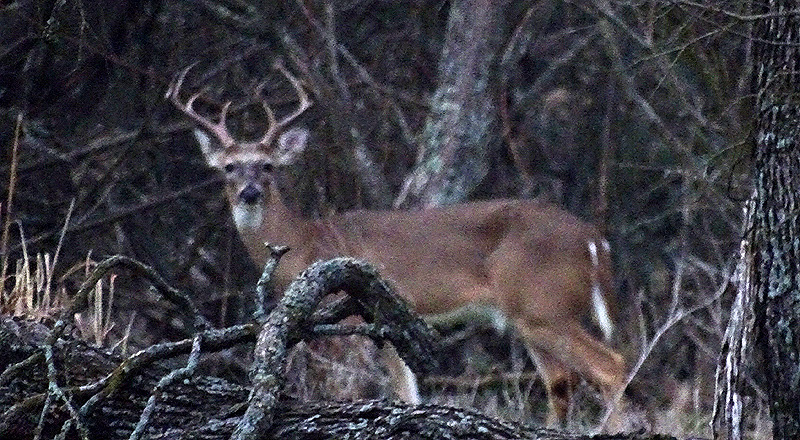 Then the buck walked a few steps more and cut into the thicker woods. When I took a picture of him I noticed an additionnal deer was also in the frame. 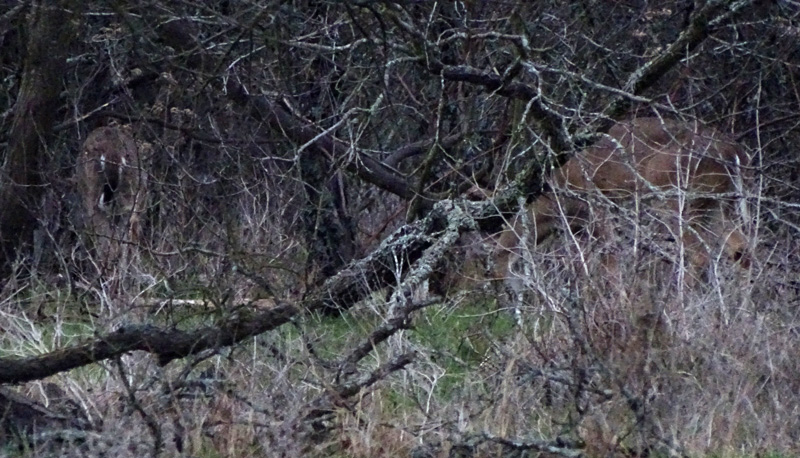 Honestly, the woods was too thick to tell if the other deer was a buck or a doe. But they walked away together as they went out of sight.

And that was what happened this morning, Marth 14, in the deer woods. Indeed, Life Is Good.