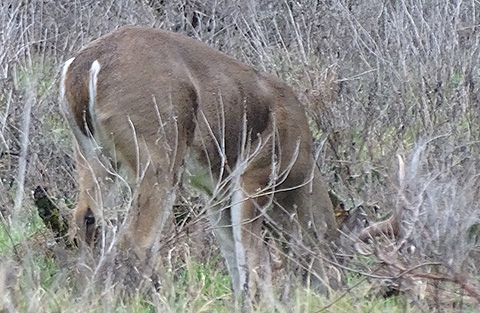 Middle Of March And Here Comes A Buck That The Other Bucks Are Looking At. Hmmmm. Long Black Hocks. Long Tan Tines. Nice.

It won’t be long now and the bucks will shed their 2017 antlers. In fact, I’m sure quite a few bucks are rackless now that it has turned the corner around the middle of March. But as long as I see a buck with antlers I’ll keep taking pictures of them. You never know I just might get lucky and happen up on a big racked buck I didn’t know was around. Or I could find out that a buck I stopped seeing back in whitetail season is still in the mix and good to go for 2017,

Soooo … Two young bucks came out to the edge of the trees and browsed along. We’ve had good rain so far this year and that’s brought on new, natural green growth that deer like. I took a few pictures. 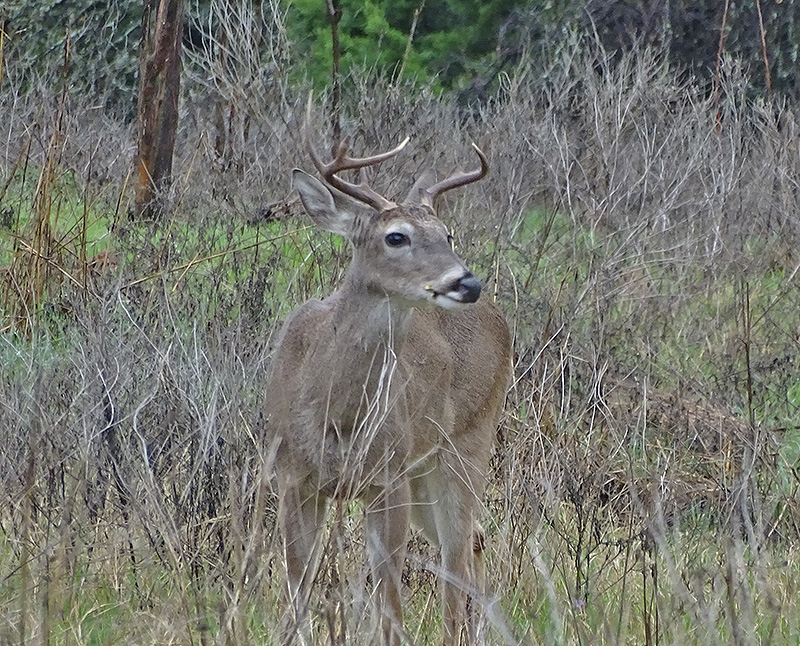 When this young buck’s head turned sharply and his attention was directed at something out of my view I knew what was happening. He saw something that captured his interest. 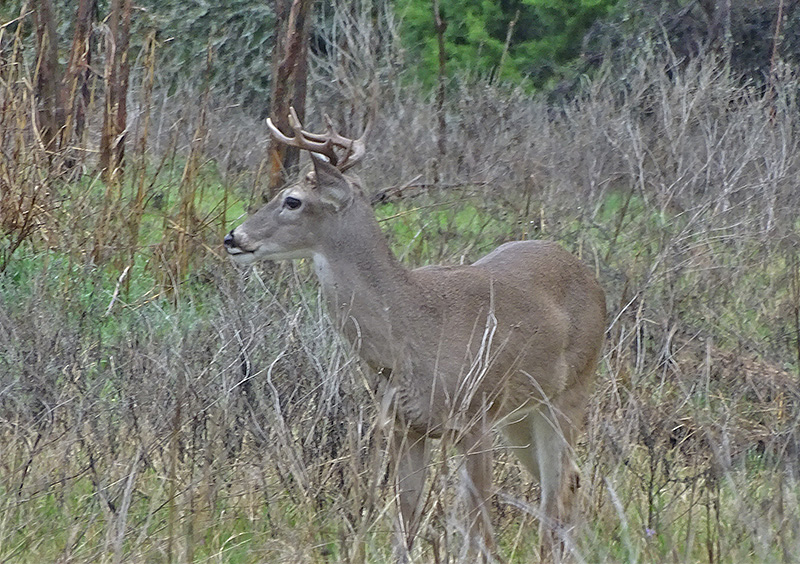 The young buck’s young buddy was browsing on a very green patch of new growth. 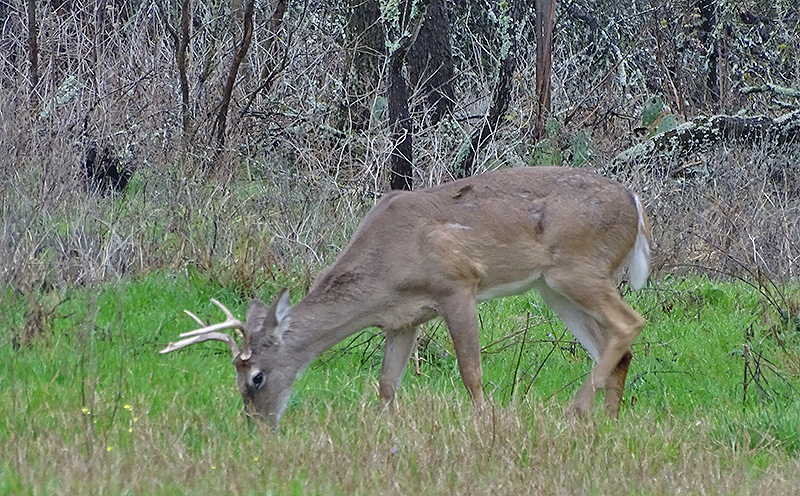 And Bingo, his head snapped to attention and he watched something in the same direction. 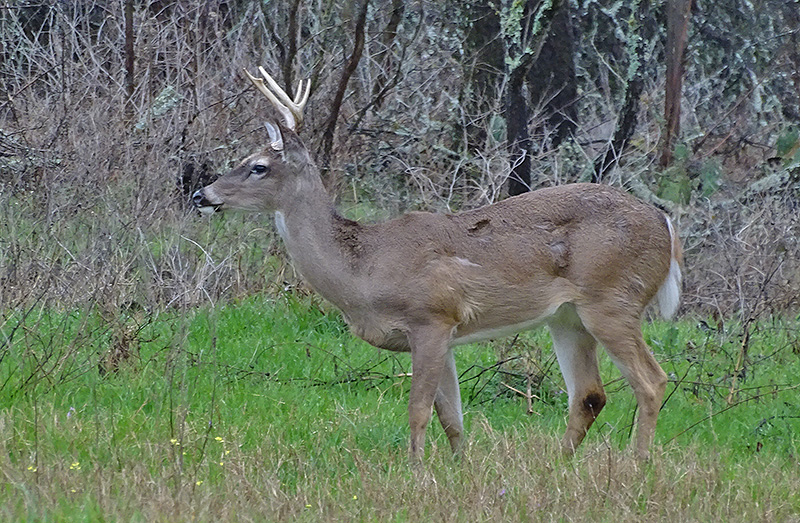 A few minutes passed until I noticed another deer in the tall grass to the left of the bucks and myself. It was browsing on new green stuff growing in the dried grass and weeds. I couldn’t see them at first but when he moved his head as he browsed I noticed there were some long tines moving around over there. 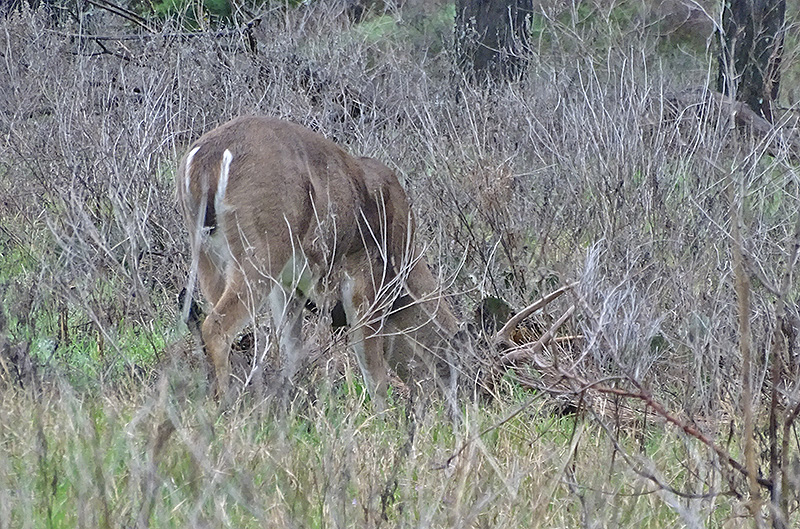 I zoomed in to try to get a close up picture for you so you could see that rack. 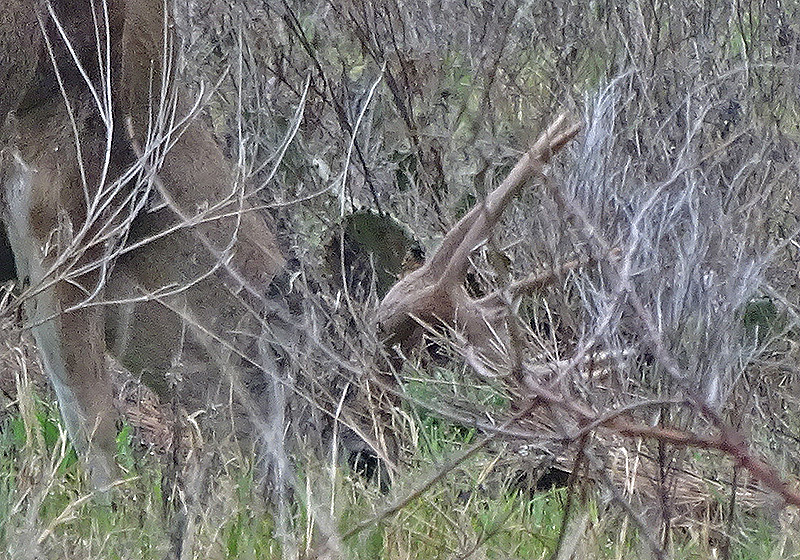 Eventually he looked up and surveyed the area around himself. I checked the young bucks and they had moved andput 60 yards of landscape between themselves and this buck. I love taking pictures of deer. 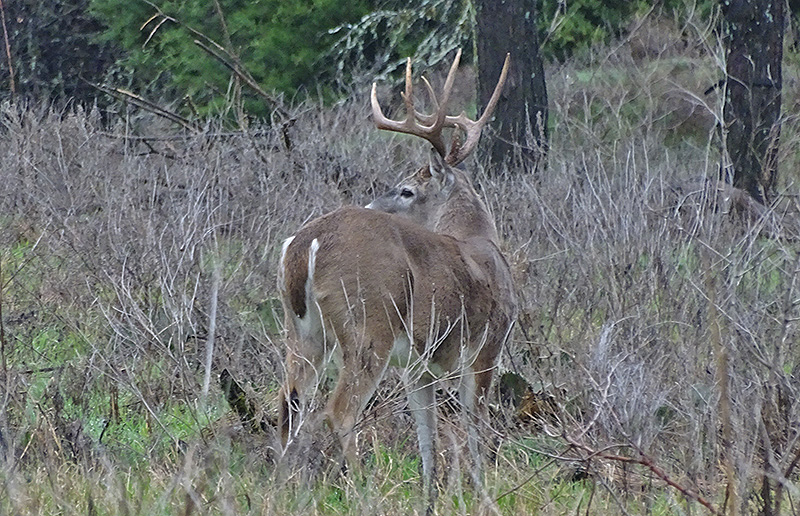