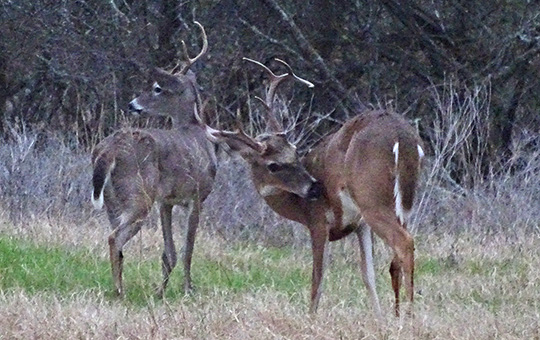 Still Hanging Onto Their Antlers!

The deer woods is changing. Does are back in their family groups and those groups are joining other doe family groups when they are on the move in the afternoon or morning.

Instead of a couple of doe groups of 3 or 4 in the fields, most times there are several family groups, adding up to 20 or 30 does, particularly in the afternoon at deer-30.

In this area most bucks still have their antlers. So I’ve been on the lookout for them. (Of course, I also have an eye and ear out for wild turkeys.)

Which brings us to this morning.

After daylight I saw movement in the woods in front of my blind. The movement turned into a deer partly hidden by some trees and leafless brush, a buck. I picked up my camera in case he got closer to the edge of the trees and I could take his picture.

Just then I heard deer steps, out of sight and to the right of my blind. I pointed my camera at where I figured it would come into view. It did. And I pictured up a nice buck on the move. 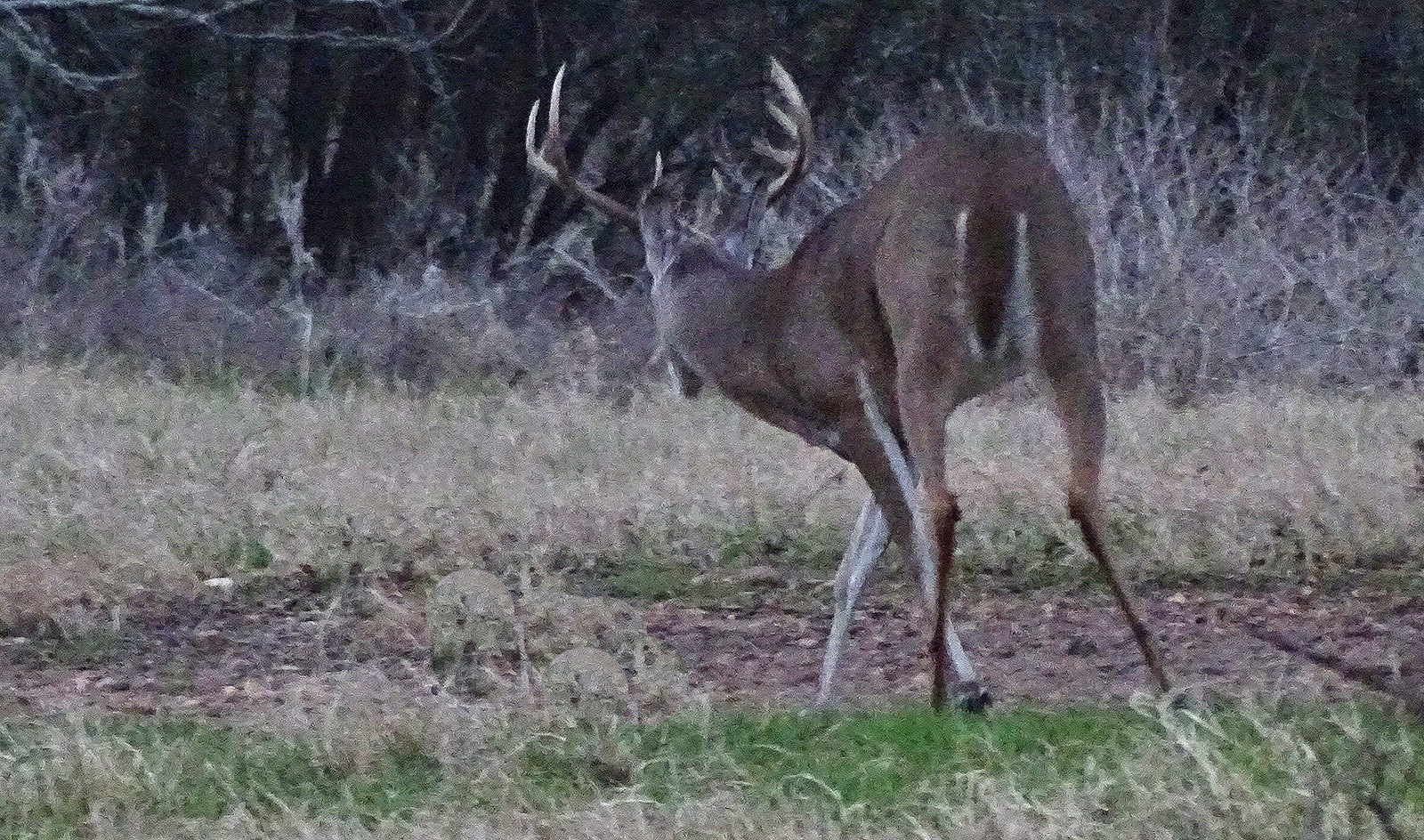 The buck shape I’d seen in the woods was out in the open now and the new buck that just passed me was on the way to make his presence known to the younger buck. 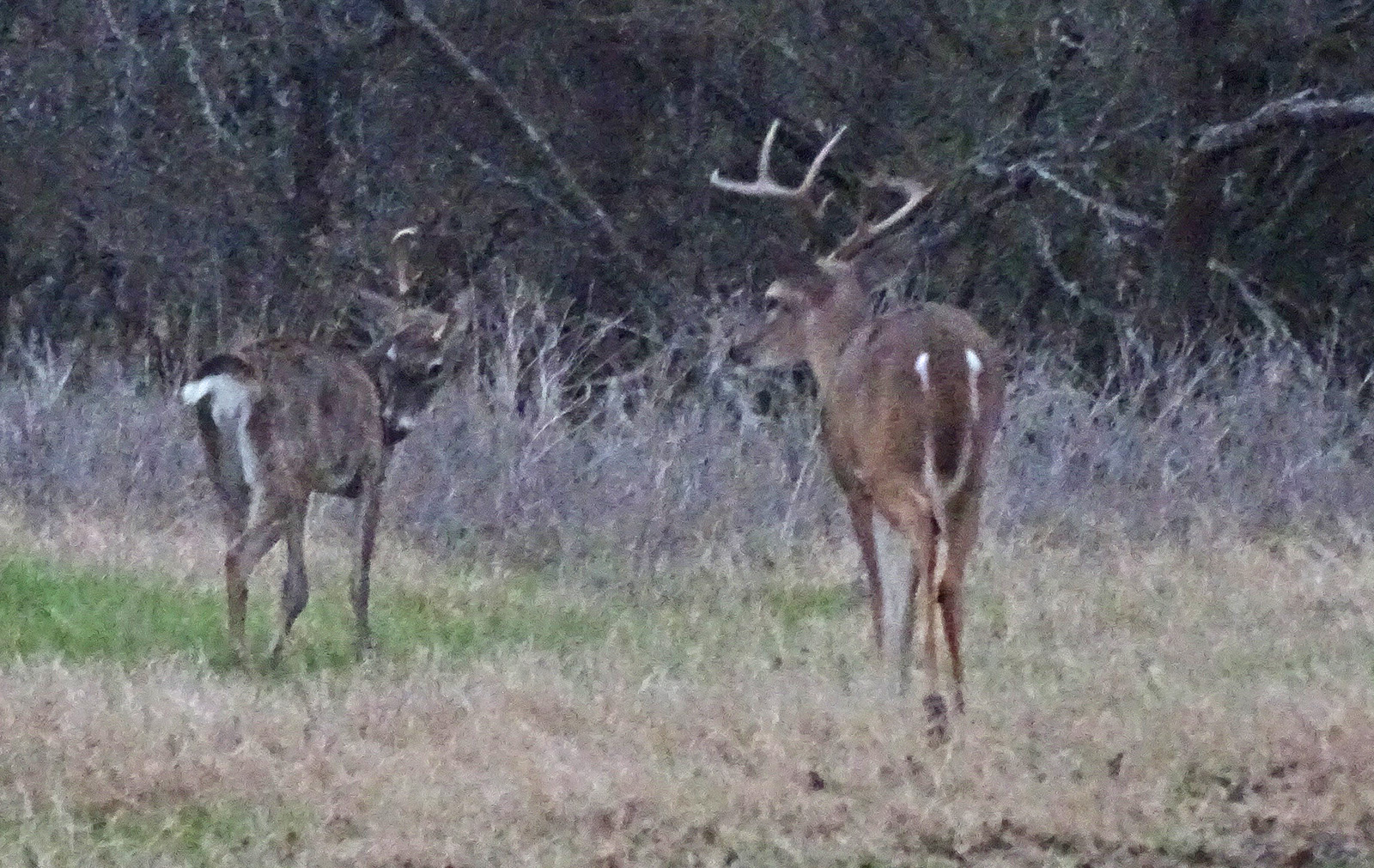 I recognized the younger buck. He’s the buck we saw before  that has a broken left main beam. He looked at the approaching buck and held his ground while the other buck lowered his head and pawed the ground. 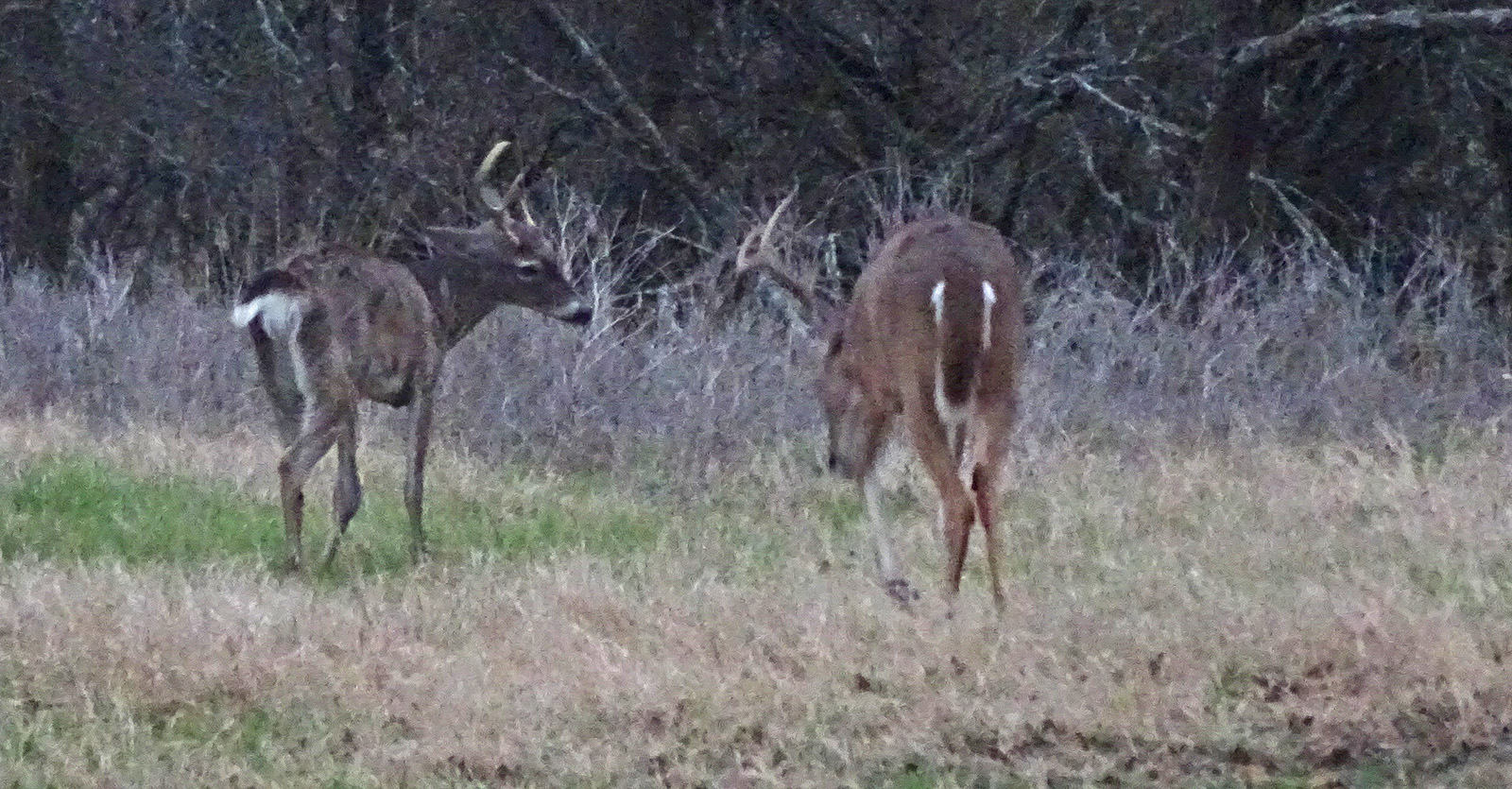 The broken rack buck turned and the larger buck glared at him and then waved his antlers around. He gave us a good picture of his rack when he did that. 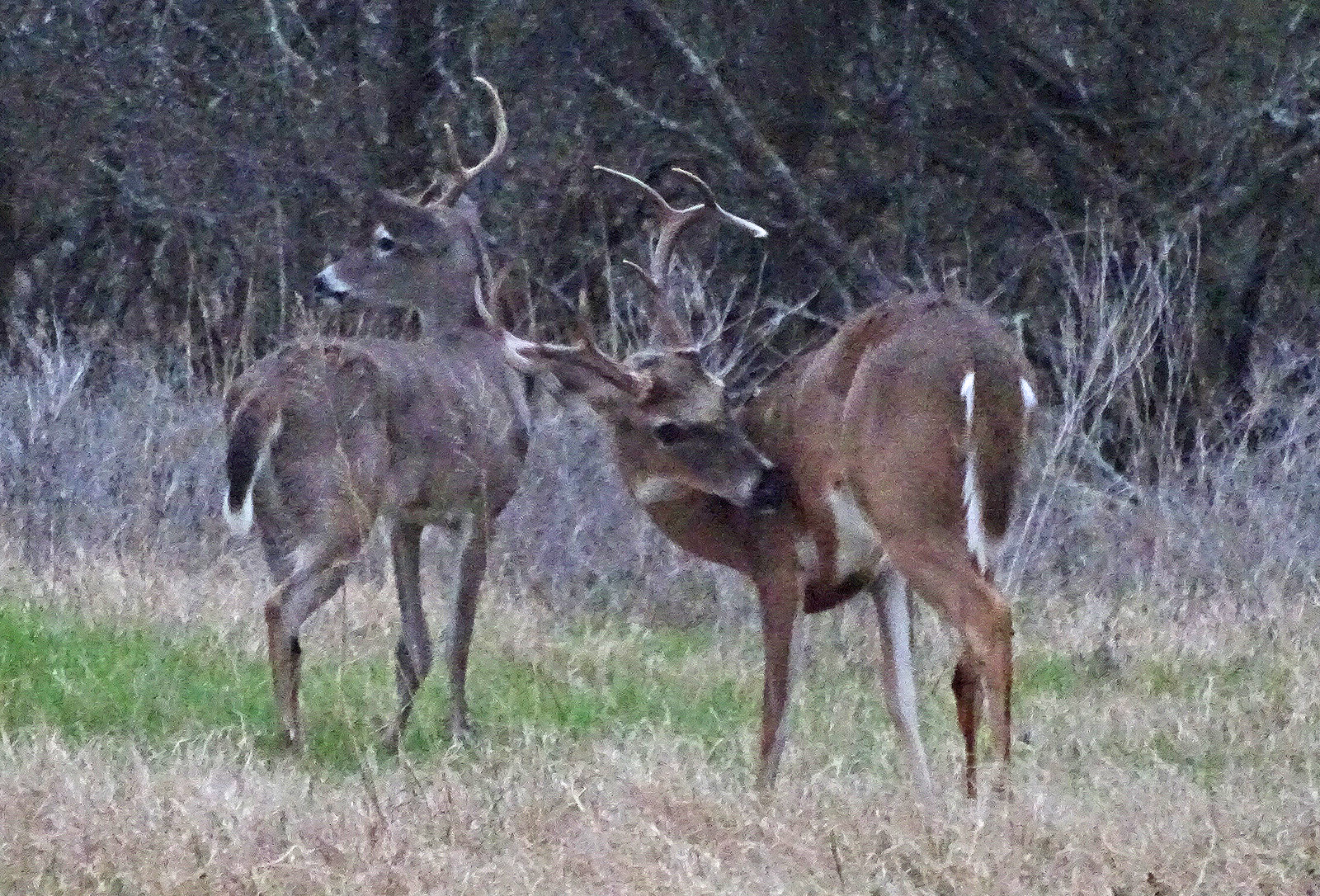 Broken Rack had come out of the woods to browse on the new green patch growing near the edge of the woods and he started browsing. The larger buck stepped closer to him. 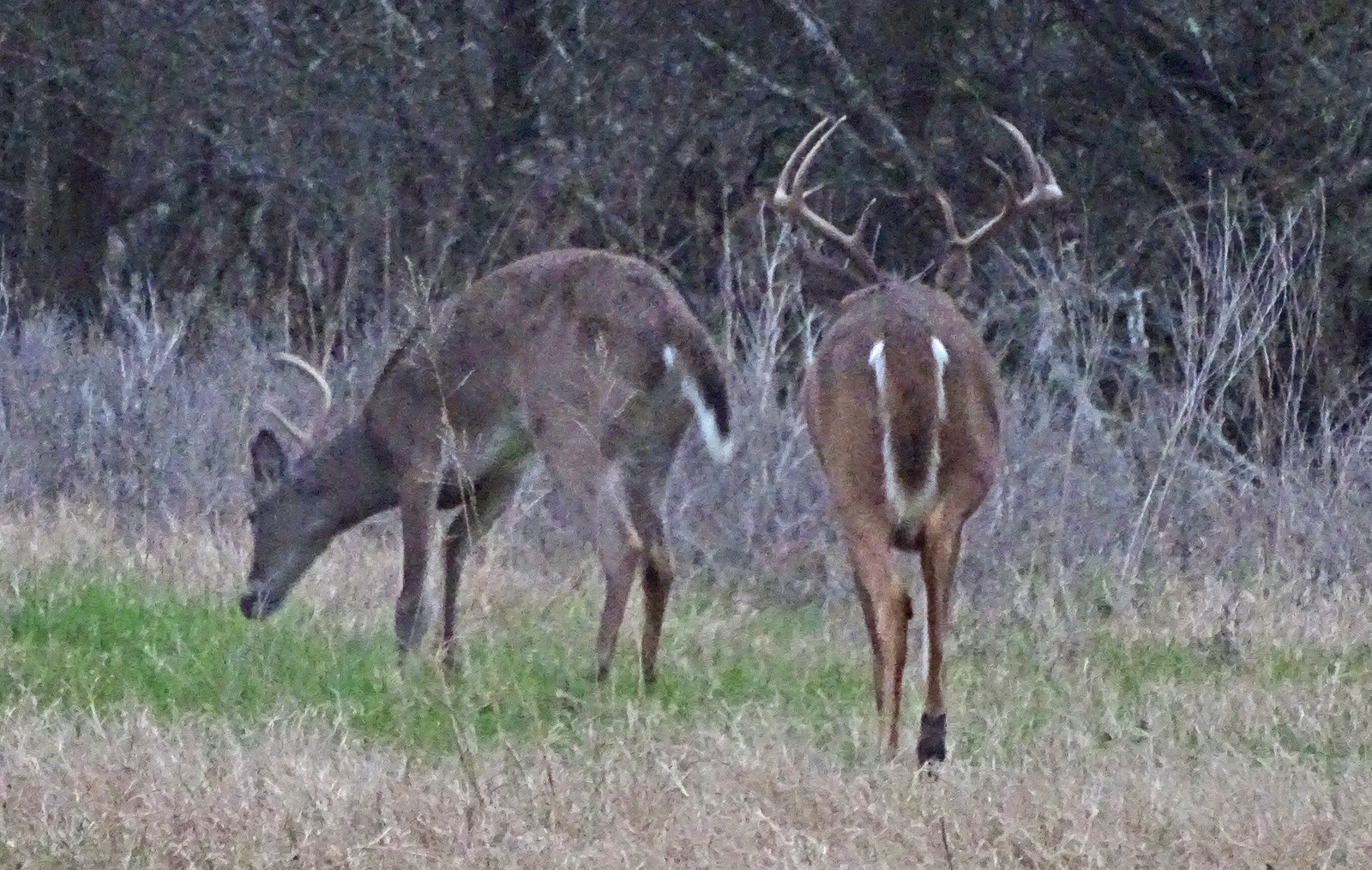 The larger buck crowded up to the smaller buck. And, Bingo, a 3rd buck appeared to my right and went directly to the other two bucks. 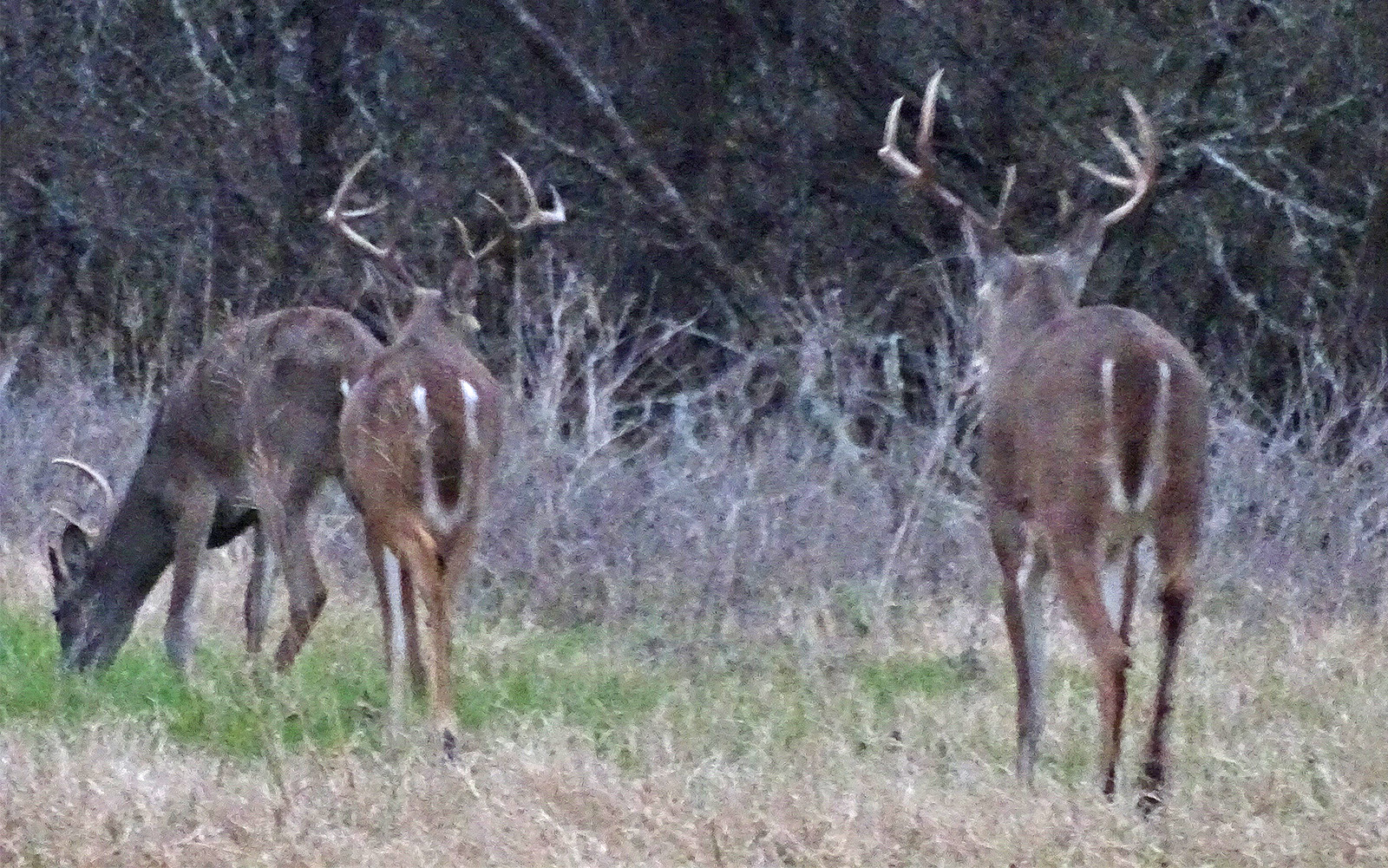 Broken Rack stopped browsing and briskly walked into the woods and out of sight. The two larger bucks went into the woods and turned north. And in seconds I was all by myself. Half an hour later I slipped back to the house and worked up these pictures fo ya. Life is good in the deer woods this morning.

It's Time To Hunt