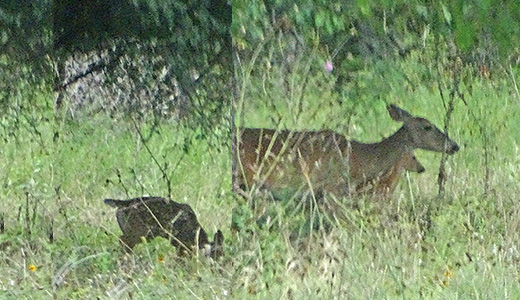 There are some real highlights that happen this time of the year in my Deer Picture Taking world. One major highlight is seeing and taking pictures of new Fawns. Around here, there are several months that the does give birth to their new fawns. The earliest fawn drops are in March. The latest are in July. But April and May are the biggest months. The reason for the spread is our rut runs from October to February. We have what’s called a ‘Trickle Rut.’ Many Does have 2 fawns, others have 1, and a few have 3.

Newborn fawns can nurse within 30 minutes of birth. Fawns are strong at birth and will be able to stand and move around the same day. However, their maternal Does keep them isolated for several days. Fawns are instinctive “Hiders” and stay by themselves; having regular nursing visits from their parenting Does, for their first weeks. When danger or something unknown approaches Fawns stay put, curled up and silent.But if they decide to run they can really put the hammer down.

Since Fawns stay hidden for their first month or so it’s rare to see them for a while. But I stay on the lookout for them and keep a camera handy just in case.

Yesterday afternoon that paid off. I saw a Doe browsing along in some tall weeds next to a strip of woods. When I took her picture I noticed a Fawn was just ahead of her. The picture I took isn’t that great but it’s cool to me because it’s the first Fawn sighting of 2017. 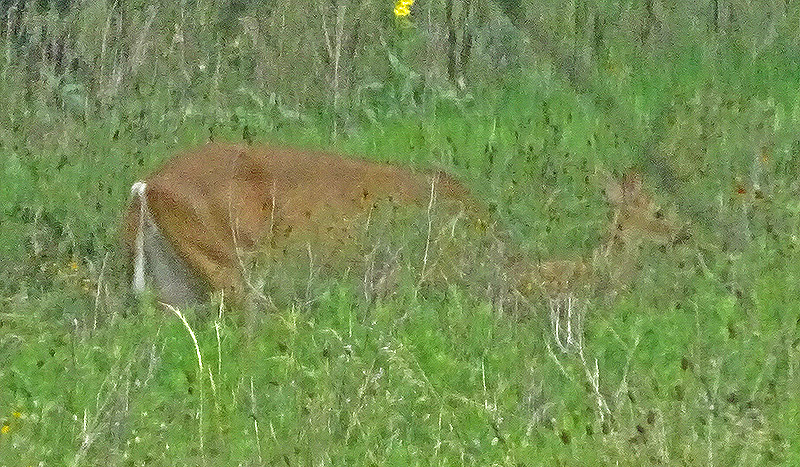 I dropped down in the weeds and in two minutes they were in the strip of woods, and the two were three. And two of the three were Fawns. 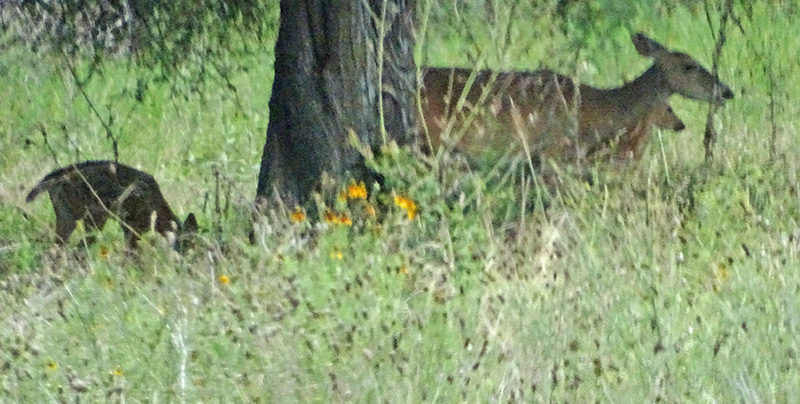 I got one more picture. In this one you can actually see the spots on the two Fawns. 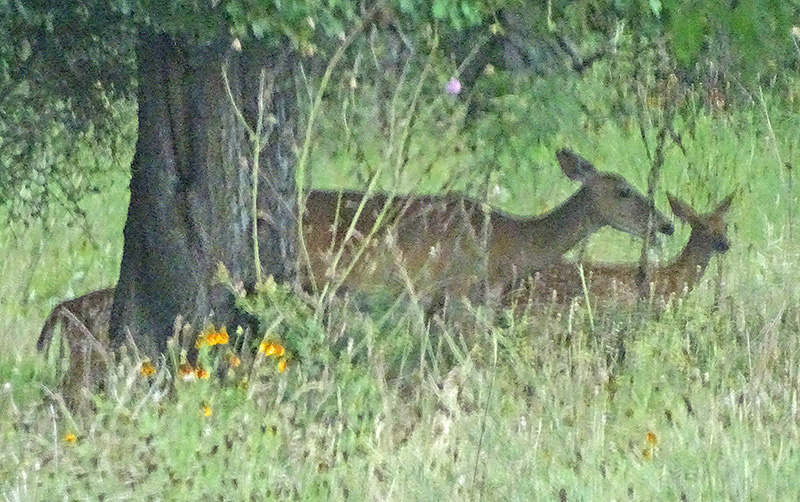 These deer were about 80 yards from me and walked through the strip of trees in only minutes. I waited in the weeds until they were totally out of sight and returned home.

Hey, it is a big deal, the first fawn sighting and picture taking of the year. Indeed, Life Is Good In The Deer Woods.