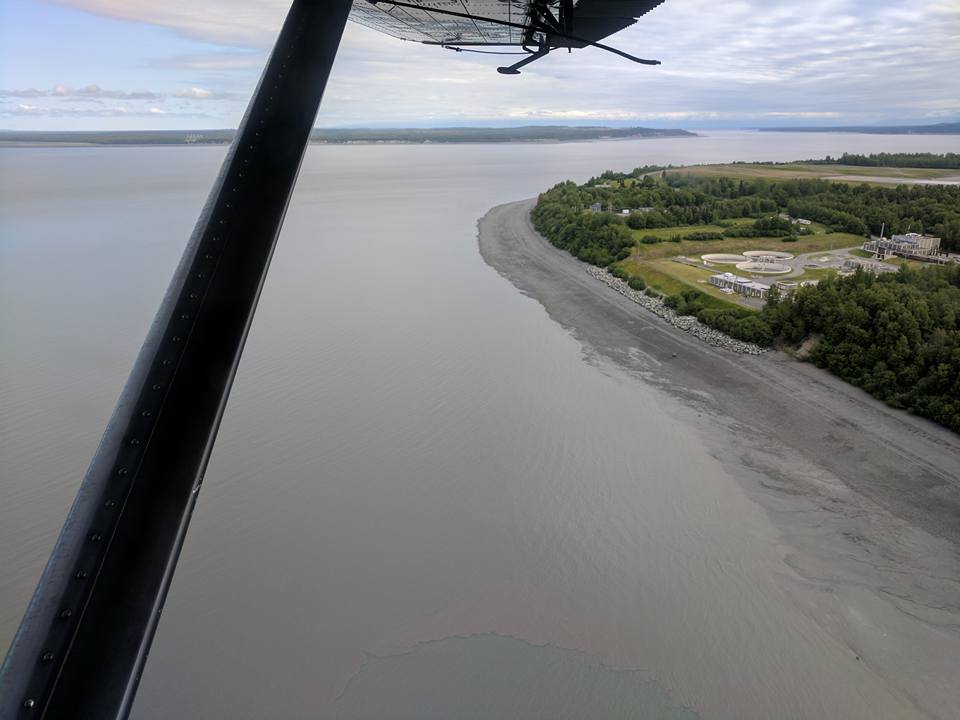 On Day 2 Of Her 2017 Alaskan Bear Bowhunt Cindy Lavender Got Her Hunt Started Off Big Time. This Is Cindy’s Story.

“Saw bears all day long.” Cindy added, “The biggest bear tried to mate with a young sow and I let him walk around. He sat and his butt was ginormous. When he turned, his nose was short and stout and his ears were small compared to his large head. His gait showed he was carrying a lot of weight around. His hide was perfect; thick, soft and full. Quite a specimen.”

Cindy has taken her share of black bears and she realized this was a huge bear. She couldn’t pass him up. But she wanted a quick kill shot so they didn’t ruin the area recovering it, because this was also a good Brown Bear spot.

The big boar walked around the area keeping a close watch on the Sow  as she went from place to place. Cindy let him walk around her stand 3 times and finally when he was 15 yards away, she thought, “This has got to happen.”

Cindy drew her bow and took careful aim and released the arrow. The shot looked good and was a complete pass through. The arrow hit the ground as the bear growled and jumped … and ran into the thick Alaskan brush.

There was no death moan. Just the sound he made when the guide Mike said the bear had just laid down nearby.

Mike was videoing Cindy’s hunt today and played back the shot for them to see. ‘GREAT SHOT,’ Mike said. “He is a stud. A perfect double lung shot.”

The Sow ran off and soon another black bear showed up. Later Mike climbed down and grabbed Cindy’s bloody arrow.

They followed the blood trail through the thick Alaskan brush and found the bear 100 yards away. Cindy texted they had recovered her bear and commented, “He was every bit a Toad of a bear. The opposite of typical ground shrinkage.”

They took pictures of Cindy with her big black bear boar. As I previously mentioned her Satellite phone can not send pictures, so we do not have a picture of it yet.

However, if the pontoon plane can get out tonight I should have some pics tomorrow morning.

NEXT: “Big Bear Down”  Pictures

Cindy Lavender: The ‘Toad Of A Bear’ Pictures

It Is Such A Shame