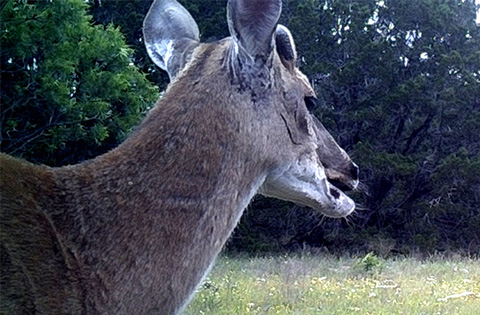 Back in 1996 my life did an unexpected flip-flop. For years I’d thought about getting a place where I could watch and bowhunt deer. I decided to look around. The obvious place to look was in the area where my deer lease of 16 years was. It had a lot of deer. And I loved the place.

I drove there and quickly learned that the small farm next door had just become available, I took it for a good sign and promptly moved in.

In 1994 I had gotten myself on the Internet and after searching for ‘bowhunting’, and finding absolutely nothing, I started the first website about bowhunting, which became Bowhunting.net.

Because I now lived right smack in the middle of good deer country I was able to follow what was going on ‘deer wise’ nearly every day. Then I reported on deer that I saw and what was happening, on my website Bowhunting.net.

These daily deer reports and comments were all text (no  Digital Cameras yet). So I was surprised when my ISP told me that hundreds of bowhunters daily were reading what was going on.

I wanted to add the obvious to my reports, deer pictures. I had a professional Nikon camera I used when I wrote magazine articles. It took great pictures; but one problem, it was on film and it was a few days to get the pictures back. The bucks were in velvet and their antlers were changing fast. I wanted pictures the same day I took them, not a week ago.

One second after I saw a Digital Camera I ordered it next day air.

I also used game cameras; back then they were film only, and all to often  they failed to take pictures and the picture quality was not consistent. When digital ones showed up I switched to them and endured their problems until the newer technology arrived.

The shed antler leaves a bone Pedicle on the buck’s head. If you see it early enough you might see blood on the pedicles. Next a Scab forms on the pedicle. After the scab heals completely the pedicle will be covered with a smooth looking, gray-brown skin.

When that gray-brown skin begins to look swollen or bulbous the antler is starting to grow.

In early April the buck below is in the very first stage of growing his new antlers. The new antlers grow from a bulbous tissue growing on the pedicle. You can see it above the eye and in front of the ears.

Below is the same buck in a different but nearby area. 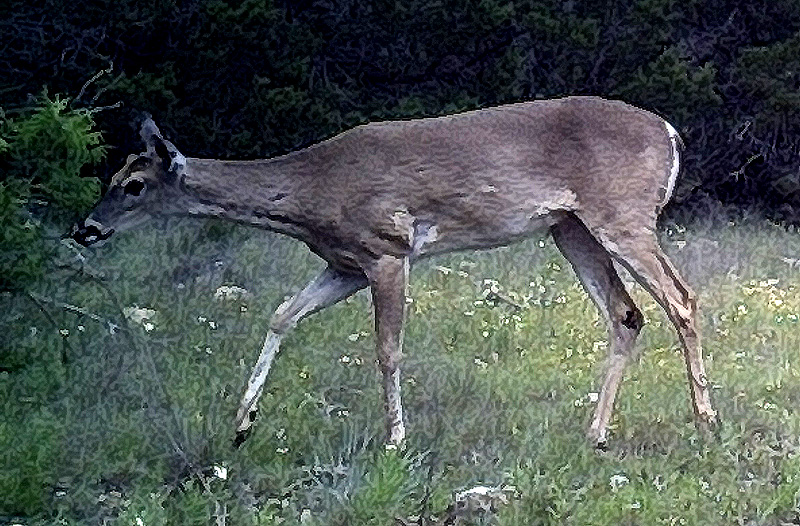 A couple of weeks later I see a buck with more prominent pedicles and I get a picture that shows the antler’s initial bulbous growth pretty well. 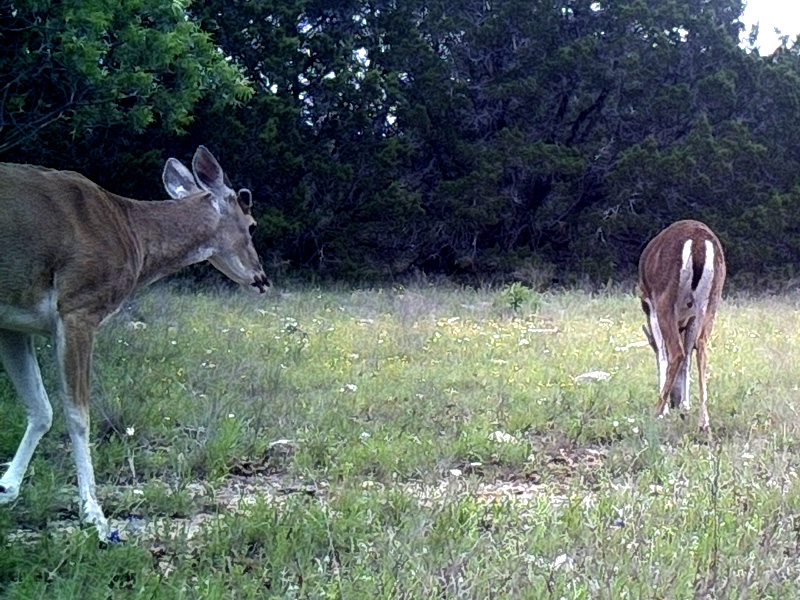 And I get a good close-up that shows it even better. 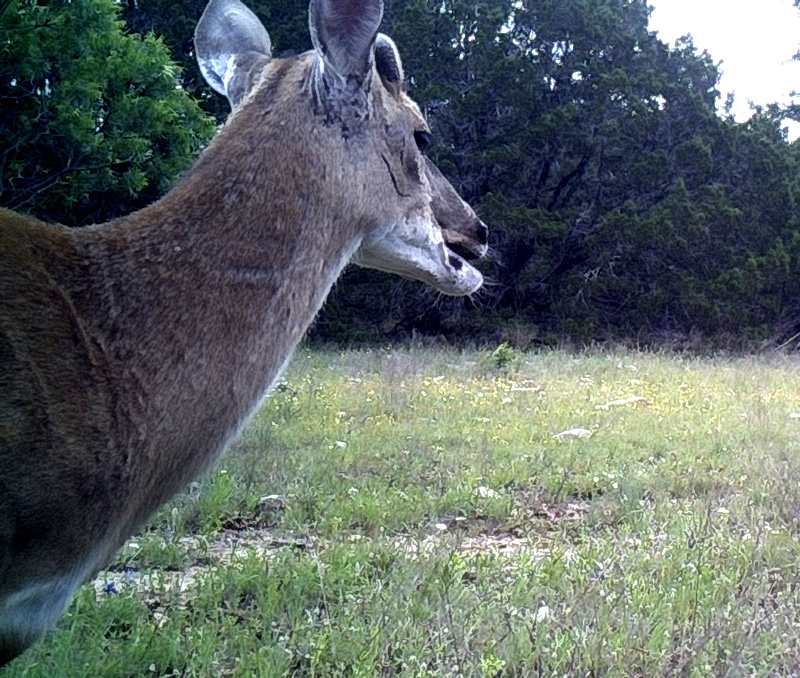