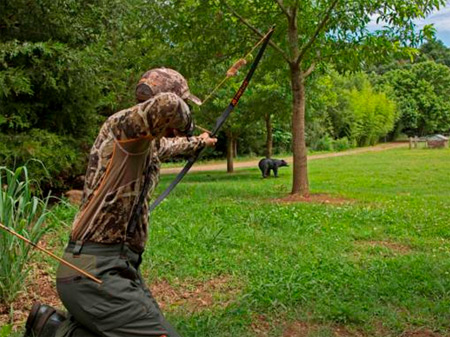 I’m making my final gear decisions and honing my mental rigidity for my traditional bowhunt next week in the wilds of northern Saskatchewan. The mental gymnastics of a traditional bowhunter can easily get out of hand, and with a brand new Mathews Halon 32 hanging on the hook, I’ve been cutting through the drama and I’ve made my choice to carry the wooden bow (the Mathews comes out later). There are no shortcuts in trad archery. Every shot is a primal calculation varying little from the pounce of mountain lion on deer. Yesterday I found myself second-guessing my choice. Ironically, an inner smile arose inside as the thought crept through my mind. “This is exactly why I’ve GOT to carry it – because I’m intimidated.” I’ve been on a mission in my adult life to destroy and conquer intimidation and fear. It’s only accomplished by action. 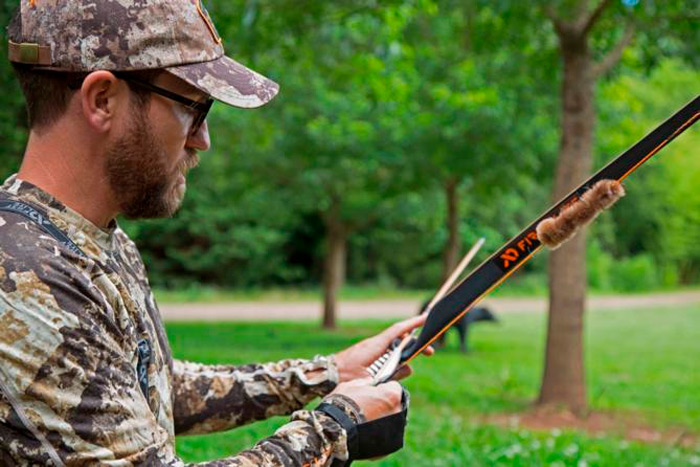 With a brand new Mathews Halon 32 hanging on the hook, I made the decision to carry the traditional bow on this trip. I’ll be using the Mathews some in the fall. I’m shooting a Timberghost hybrid longbow called a Smoke. It’s my favorite bow right now.

The fair-chase model of North American hunting has most of us looking for ways to limit ourselves; to even the playing field with our quarry. If the option of going to grocery store weren’t there we wouldn’t be doing it, but we do. If efficiency is your goal, traditional archery isn’t for you. A 30.06 would be a better choice for killing game and you can limit yourself in other sectors of the hunt. My life is full of civil and urbane things so I enjoy certain aspects of my hunting to be difficult and primitive. Traditional archery does this for me. We all find ways to connect with something raw, wild and authentic in our hunting. I think that’s why we do it. Meat with cellophane stretched over it is easily acquired, but what we barter for while hunting can’t be bought with material wealth.

If you’re interested in aesthetics, mental toughness, and engaging in an original hand-eye coordination challenge then trad archery might be for you. For me, trad archery is an exercise of overriding the dominance of my mind and letting something else take over. I don’t know what to call it, but to me it feels very predatory. It’s like throwing a rock at a bird. It’s honed by methodical practice using correct form for thousands of repetitions with the mind engaged. However, when game appears it’s not the mind that executes the shot, but the predator. I’m really not trying to sound mystical, just being honest. If I think about the shot I’ll mess up. If I override my mind and focus on killing the animal I’ll make a good shot. My instincts follow the muscle memory built through thousands of well-shot arrows. But in the moment it’s the predator that executes. 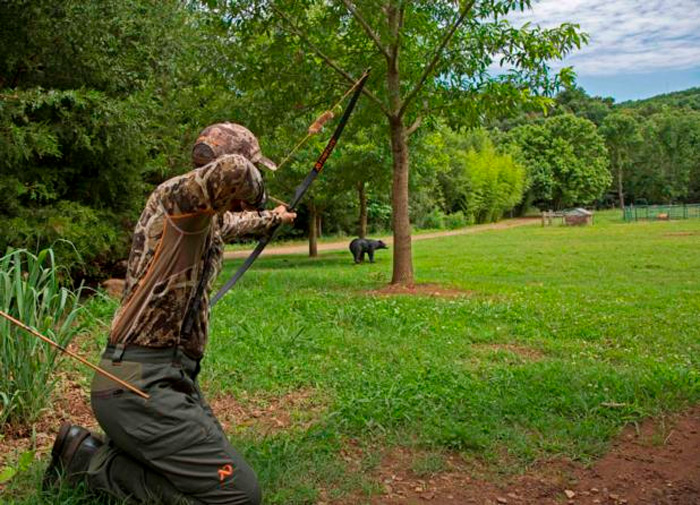 In preparation for these hunts I shoot exclusively at 3D black bear targets. I shoot “instinctively” but I think our minds remember the sight window and shape of what we practice on. We’ll be hunting off the ground so I’ve been practicing kneeling while shooting.

Late June is late for spring bear hunting, but Kolby Morrison’s Bear Pro Safaris camp is far enough north they only hunt four weeks in June. Mark Cuddeback, the inventor/owner of Cuddeback Trail cameras, is going to be hunting with me. Mark is a true pioneer in the outdoor industry and was on the cutting edge of the one of the most impacting products of modern hunting – the trail camera. I’m looking forward to sharing camp with, Mark.

We will be hunting off the ground in Saskatchewan so I’ve been practicing shooting while kneeling. I don’t seem to have problem shooting in this position. I’ve always said the way to become a legendary traditional archer is to not take a shot past 15 yards. I’m hoping to keep my shots in this range. I exclusively shoot at a 3D bear target in preparation for these trips. I don’t gap shoot or using any aiming tricks, so I consider myself a truly instinctive shooter. However, I think our minds remember the sight window and the shape of our target well.

Here are some key products I’ll be using in SK:

This Timberghost Smoke hybrid long bow is 52 pounds at 28 inches. The bow is 56 inches long, ultra quiet and has a very smooth draw cycle. The shelf of this bow is very close to your bowhand making for easy aiming. This was the first Timberghost bow I’ve owned and I’ve killed three big Canadian bears with it.

These Badger broadheads are 125 grains. They’re designed to spin in unison with your fletching to create more stable arrow flight. They’ve got a one piece, solid molded design with offset blades and a single bevel cutting edge designed to spin through the target. I really like these heads. 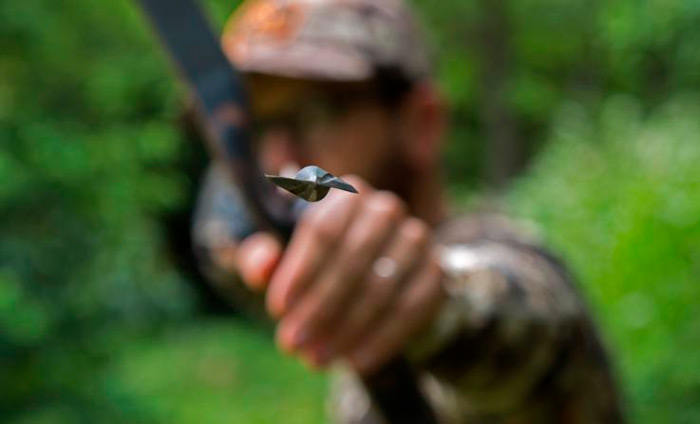 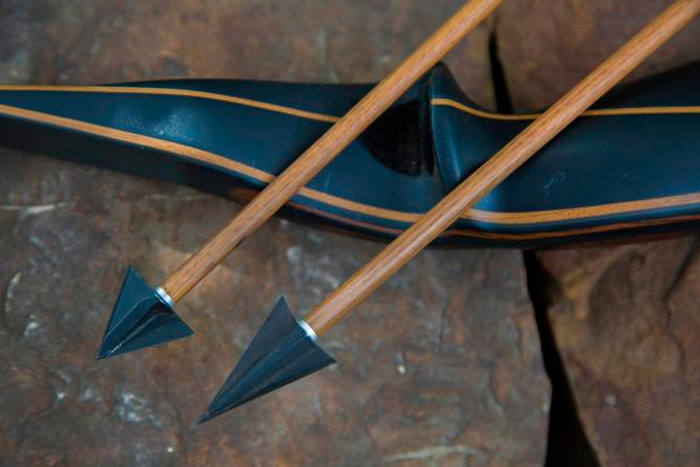 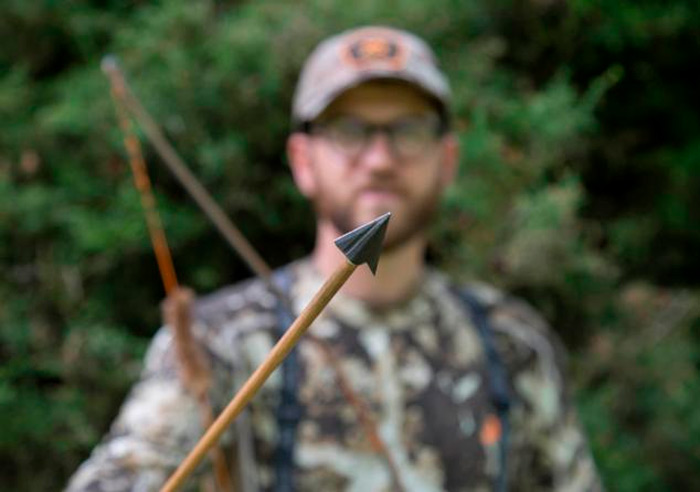 These heads are ultra tough and fly great.

I’m going to carry two Cuddeback Long Range IR cameras with CuddeSafes (bear box) to SK. This model camera has a ¼ second shutter speed, 20 megapixels, still/video modes, timelapse mode, an internal memory that will store 100 images, has a battery life of 10,000 images and up to 100 feet of IR illumination range. 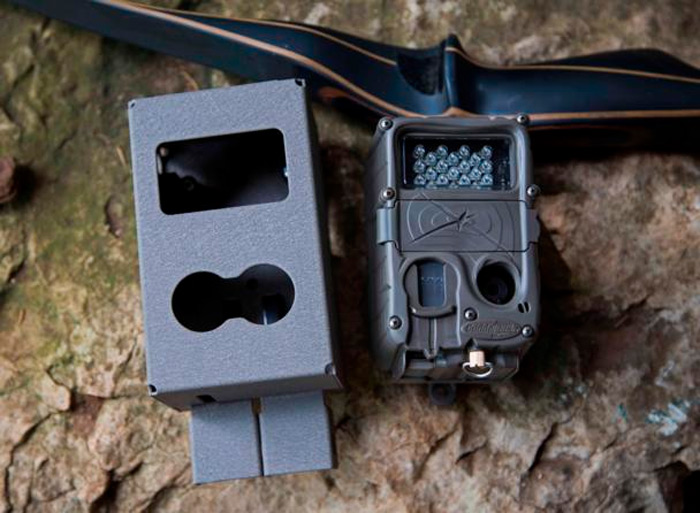 A CuddeSafe is critical to guard your investment against curious bears.

Big Wood Big Bear Scents Ultra 8 is a fryer grease additive. I will also have multiple bottles of their 16 oz spray scents to freshen up the baits every day. 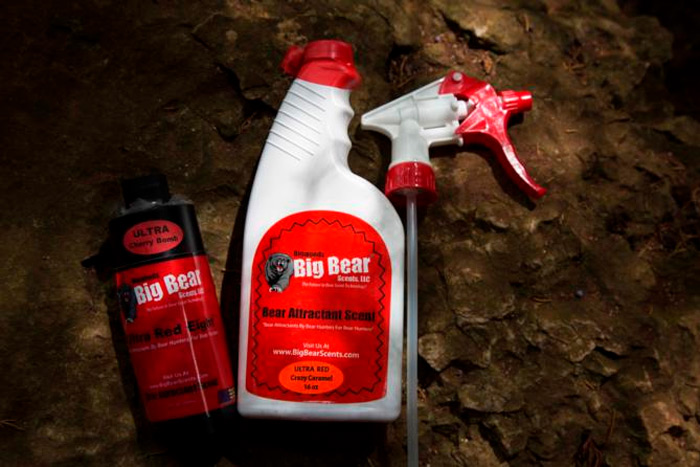 Big Woods Scents are great at attracting bear to you bait. Commercial scents expand the scent “foot print” of your bait.

I bought a Garmin Inreach Explorer before I went to Montana one month ago. Garmin bought out Delorme and now produces this GPS and a satellite text messaging system. I’ve got a plan that allows for multiple free text messages per month and I plan to communicate with Kolby (who also has one) and my wife on it. The unit also has an SOS button that will alert local authorities of your GPS location if you have an emergency. When hunting this remote, a unit like this could save your life. In the past I’ve rented satellite phones, but I just bit the bullet and spent the $450 to buy this Garmin product and I’m very satisfied with it. 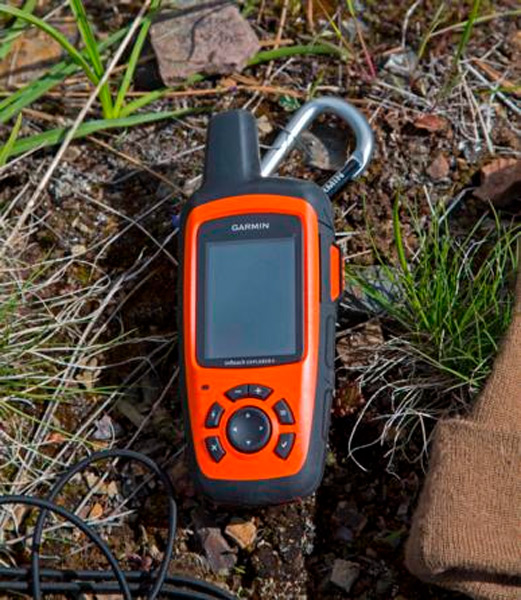 It was easy to set up a plan for the text messaging system on this Garmin. I’ll use this to text the wife while in SK.

I can’t say enough about my First Lite gear on a trip like this. My go-to pants on this trip will be my Allegheny 100% Merino Wool on-skin layer and I’ll be wearing Northbranch Softshell pants over them. Honestly, I bet I won’t take them off the entire five-day hunt. Depending upon the weather I’ll use my Uncompagre Puffy and my SEAK rain jacket. In this photo I’m wearing the new Obsidian Merion Wool pants. 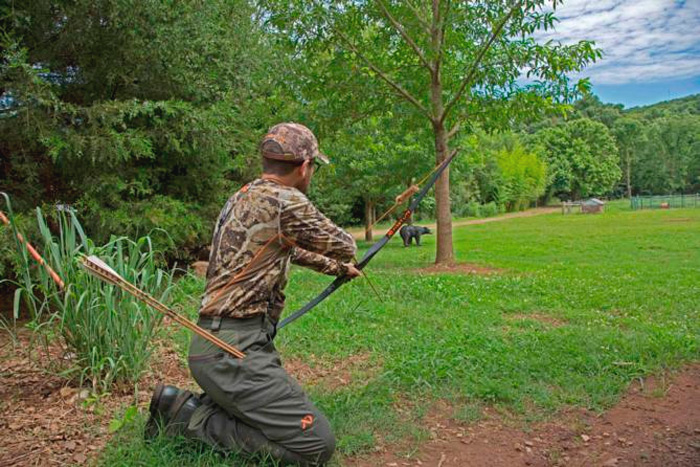