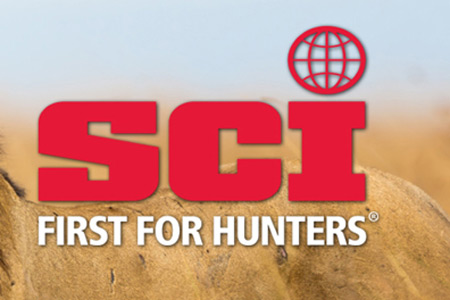 Safari Club International celebrates with the U.S. Fish and Wildlife Service, Montana, Idaho, Wyoming, and hunter-conservationists throughout the country the impending delisting of grizzly bears. The removal of the Greater Yellowstone Ecosystem (GYE) population of grizzlies (Ursus arctos horribilis) from the federal threatened species list means that management of this recovered population of bears will finally return to the state agencies who have worked diligently with stakeholders to conserve the population. The GYE population consists of portions of northwestern Wyoming, southwestern Montana and eastern Idaho. Biologists estimate that approximately 700 bears now live in that area.

SCI has long been involved in the grizzly bear delisting saga. The Service first listed the grizzly bears in the lower 48 states as threatened back in 1973. In 2007, the Service delisted the GYE population and were soon after sued in federal court.  SCI joined the suit as an intervenor to defend the delisting. After the district court invalidated the delisting, SCI, along with the other defendants, appealed the ruling. The appellate court affirmed only part of the ruling but the grizzly remained on the threatened species list. Although the Service predicted that it would be able to delist the bears again in 2013, the Service did not propose to remove the GYE population of bears from federal ESA protection until March of 2016. SCI filed two sets of comments in support of the proposed delisting.

The Service will publish a final delist rule in the next few days and the delisting will go into effect 30 days after publication in the Federal Register. Despite decades of recovery efforts, extensive scientific research, and demonstrated recovery, the battle over GYE grizzlies is far from over. At least one anti-hunting group has already stated that they will sue to reverse the delisting. If that happens, SCI is very likely to join that litigation and once again defend the delisting and sustainable use management of the bear.