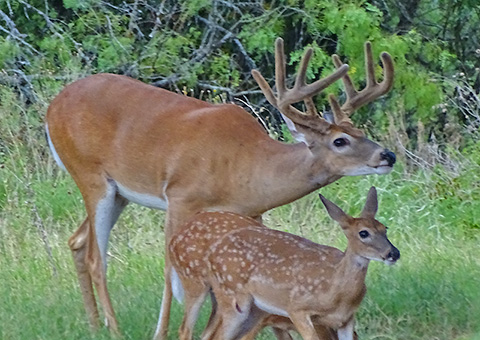 In July The Fawns Are Cool With Bucks Hanging With Them

For sure, this morning was what my friend Dennis Crabtree calls a “Dandy.” A nice July buck in velvet passed in front of my blind, he obviously was going somewhere. And he was gonna make me a happy deer picture taker. 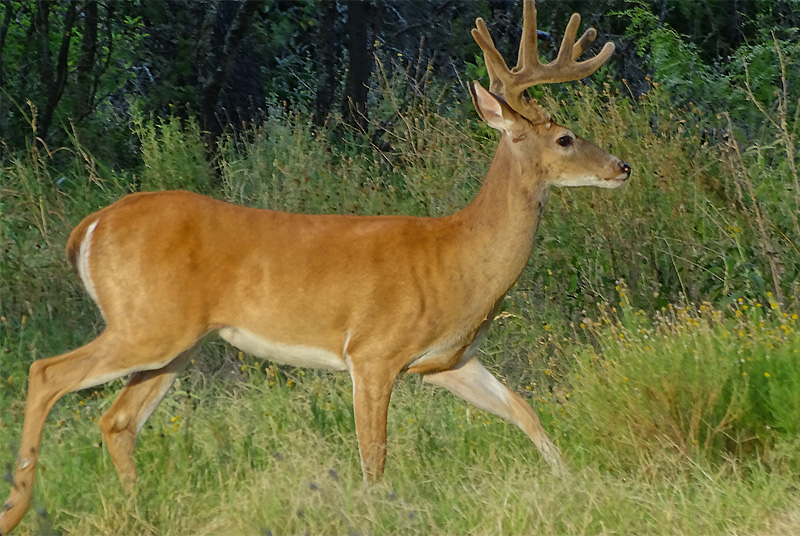 He approached another buck near the plowed area for my soon to be food plot. 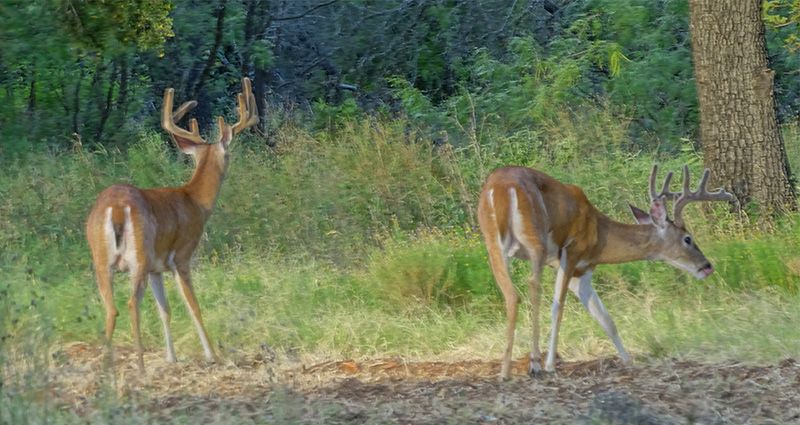 At that moment two spotted fawns enter the plowed area and began picking around in the exposed dirt. 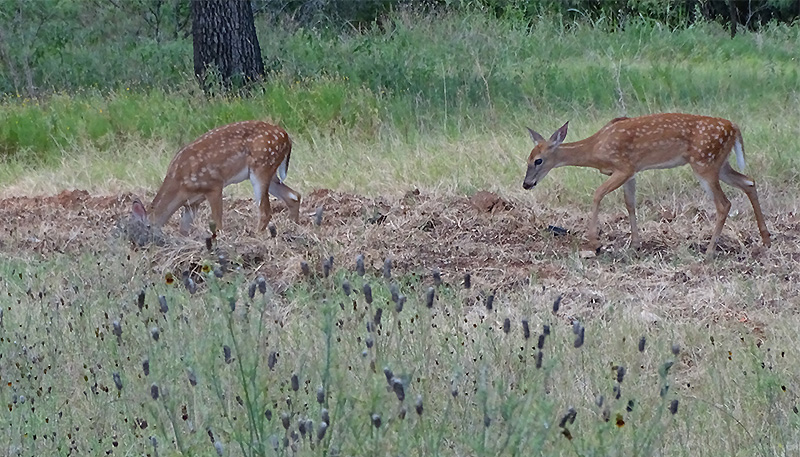 The largest, biggest racked buck walked over to the two fawns. The fawns were ok with him being close them. For some reason the buck did not look for breakfast in the disrupted dirt. As I’ve seen bucks do many times before, the buck stood around, close to the fawns. 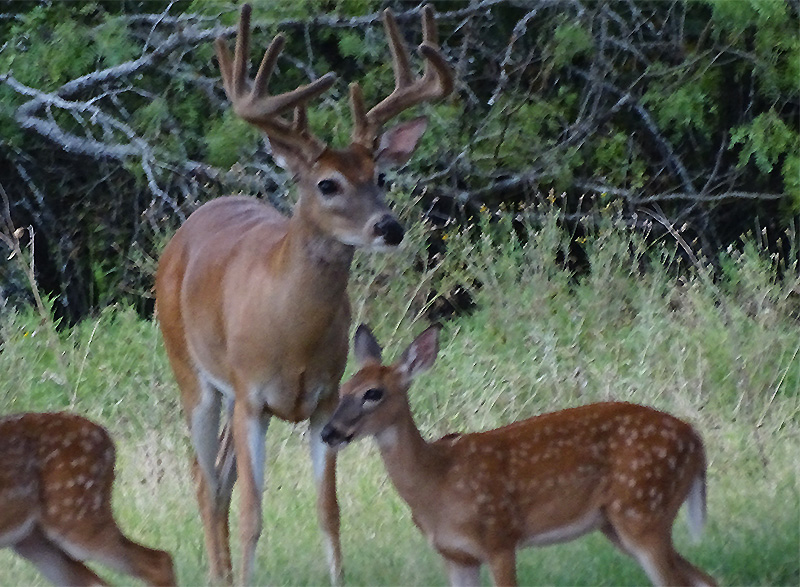 I took several pictures of them and here is the one I like the best. Do the bucks do this because the fawns are little bucks? Truthfully, i do not know. But what I do know is that it happens. 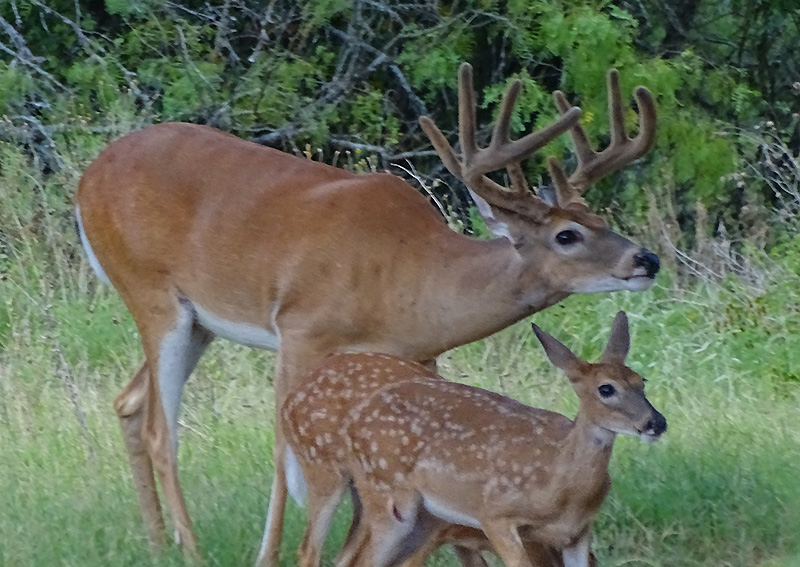 Five minutes later the buck rejoined the other buck and they meandered out of the area. 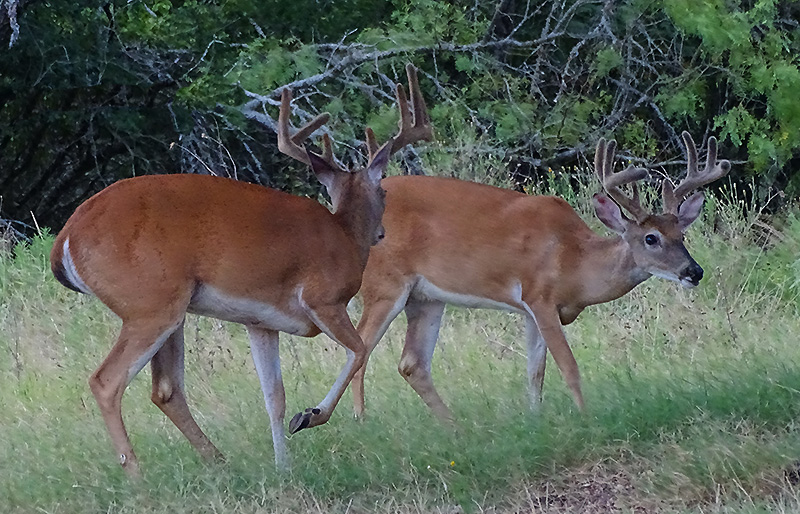 Other deer were around this morning but these were my favorite picture. Besides the pictures being cool, there is other good news, a couple of the larger bucks are returning and we just might get to watch them put on weight and grow bigger racks with longer main beams and tines — and possibly some new points..

.45 Caliber Round Found in Bear’s Skull