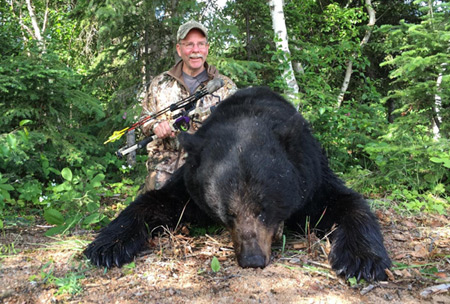 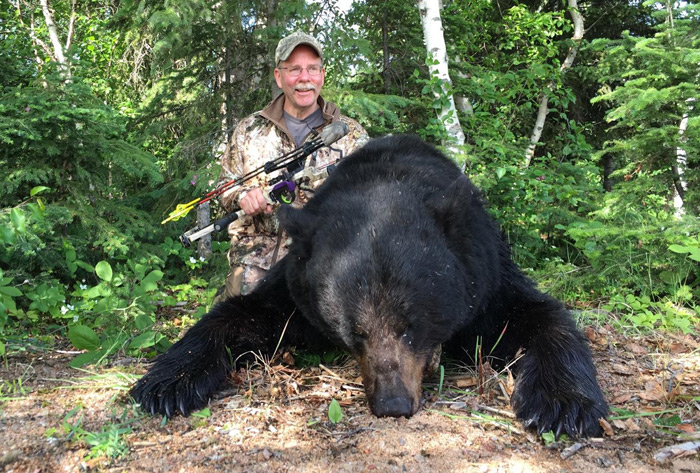 Long before there were hunting superstars, long before most of us turned on the TV every day to watch hunting shows, Tom Nelson, the host of American Archer had a dream of creating a bowhunting TV show. Eventually hard work paid off for Nelson and the American Archer was born. This year marks the 20th year the show has been on the air. To mark the 20th Anniversary of the show, I asked Nelson a few questions about his show, bowhunting and his hunting career.

What year did American Archer start airing on TV? Wan’t it the first archery only show on TV?

“The American Archer TV Show started airing in 1997. Back then, outdoor television was in its infancy and the only available programming was fishing and gun hunting shows. The American Archer was the first bowhunting/archery show to air on the network. Seems like only yesterday we were hiking mountains and climbing trees with 50-60 pound awkward and large beta cameras whose batteries alone weighed five pounds.”

Out of all the hunts you have been on, are there one or two hunts that stick out in your mind?

“I have been blessed to do a lot of bowhunting in North America and around the world. Of all my hunts, there is one that sticks out above all others. My wife, Beth was accompanying me on a mule deer hunt in Wyoming. It was the last day of a 6-day hunt and we hadn’t gotten a break. Many close calls, but no arrow shot. This last day I said to heck with it and decided to have Beth join my cameraman, our guide and I for the last day of hunting.  I figured that Beth had been a great support all week and she might as well tag along and see some of the scenery.  It was just after dawn when we spied a good 4×4 bedded in some rocks.  As our entourage closed the distance to 200 yards, it was time to make a final stalk plan of attack.   As we whispered, movement below us caught our attention and a different buck rose from his bed not 30 yards away. He was huge and for some reason he stood and stared at us for a second too long and we all watched as my arrow took him perfectly through the vitals. What an end to a tough week. All the extra noise, movement, and scent involved with four of us stalking about and we still managed to arrow an awesome buck.   Lady Luck was smiling on us that day. Best of all, I shared this moment with my wife.”

Which animal is your favorite to hunt and why?

“I pretty much love to hunt any species of North American big game. Bugling bulls raise my pulse while physical hunts for caribou and moose test me.  In all honesty, whitetail deer muster most of my attention.  Perhaps it’s because I grew up hunting them.  In those early days, it was the ultimate challenge to tag a whitetail buck with a stick and string.  I can state that no other animals captivates me more than a mature whitetail buck.  I never get tired of pursuing them.  They continue to humble me.”

Over the last several years, you have been using Grim Reaper Broadheads. Which head is your favorite and why?

“Of the different broadheads available from Grim Reaper, the Razorcut is my favorite. It is acutely accurate and leaves a gaping wound channel in its wake. I have utilized the Grim Reaper Hades on several hunting trips with excellent results.”

Has the Grim Reaper head increased your success rate/recovery rate?

“I look for durability and dependability in a broadhead.   To be successful at bowhunting big game, you need both of these attributes in a broadhead. Grim Reaper delivers both. My blood trails have been short and sweet with the Grim Reaper. Copious blood trails are what we as bowhunters hope for and Grim Reaper has delivered. The difference between a lethal hit and a non-lethal is measured in inches. The big cutting diameter afforded by Grim Reaper can make the difference when it comes to filling tags.”

About the author: Tracy Breen is a full-time outdoor writer, marketing consultant and motivational speaker. To learn more about him, visit www.tracybreen.com.