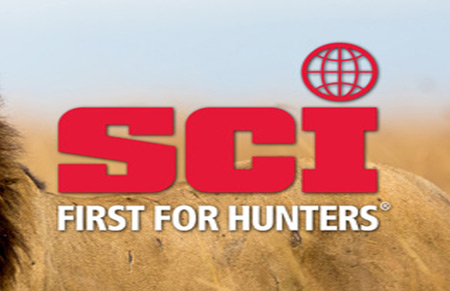 During the last few weeks, members of the House and Senate have introduced several bills that offer important protections for hunters, recreational shooters and anglers.  Collectively, these bills, if adopted, will increase hunting opportunities and access, require that federal agencies consider hunting when conducting planning on Federal lands, and offer myriad means of support for the hunting community.

In April, Crosshairs reported Senator Lisa Murkowski of Alaska and a group of bipartisan Senators had introduced S. 733, also called the “Sportsmen’s Act.”  Crosshairs detailed the bill’s provisions that benefit hunters, anglers, and recreational shooters.  The new bills introduced over the past month take additional steps to help shape the scope and reach of a final sportsmen’s legislative package capable of clearing each chamber and obtaining President Donald Trump’s signature.

Here is a breakdown of the emerging legislative fronts:

While a formal bill has yet to be filed, Rep. Jeff Duncan (R-SC-03), with support from the House Natural Resources Committee, is assembling a package expected to be the latest version of the Sportsmen’s Heritage and Recreational Enhancement Act, or SHARE Act.  Similar packages passed with bipartisan support in the 112th, 113th, and 114th Congresses. Rep. Rob Wittman (R-VA-01), introduced the SHARE Act last Congress, which included many of the same provisions as the current proposed law.  That bill passed the House in February 2016 by a bipartisan vote of 242 to 161 but did not receive Senate action.

A committee hearing to discuss the emerging legislation was cancelled on June 14, the morning of the tragic attack on Majority Whip Steve Scalise and three others supporting the GOP baseball team as they practiced.  (SCI’s Washington, D.C. staff and SCI members wish them all a speedy recovery.)  We are awaiting a date for the rescheduling of the hearing.

This new SHARE Act draft includes 18 provisions, including most items from the previous bill.  Titles of specific relevance to SCI codify the Wildlife and Hunting Heritage Conservation Council Advisory Committee; enhance opportunities and access to hunting on Bureau of Land Management and Forest Service lands; authorize the transportation of bows across National Park Service lands; provide more public access to information about awards and settlements under the Equal Access to Justice Act; authorize importation of polar bears legally hunted in Canada prior to the listing of the species; delist gray wolf populations; and authorize hearing protection and suppressors on firearms.  We will continue to update you as additional information on this bill becomes available.

On June 29, Senator John Barrasso (R-WY) introduced, with bipartisan support, S. 1514, the Hunting Heritage & Environmental Legacy Preservation Act or the “HELP for Wildlife Act.”  Sen. Barrasso serves as Chairman of the Environment & Public Works Committee, where the bill has been referred.

The bill is divided into 12 sections, with an emphasis on conservation items.  Among the big attractions for SCI members is the section creating incentives for constructing or expanding target ranges on Federal land managed by the U.S. Forest Service and Bureau of Land Management, with legislative text very similar to the expected House SHARE Act.  Enacting these incentives has been a goal in both chambers since 2009.

Other sections of key interest include: the delisting of Western Great Lakes and Wyoming gray wolf populations and changes to protect farmers and hunters from liability under the Migratory Bird Treaty Act for baiting for bird hunting purposes if they adhere to USDA and state agricultural best practices.  Among the conservation pieces are reauthorization of wetlands protection incentives, strengthened partnerships to conserve sportfish habitat, and two programs benefitting the Chesapeake Bay.

The sportsmen’s provisions of Sen. Murkowski’s Sportsmen’s Act (S. 733), as documented by Crosshairs in April, are all replicated in Energy Bill II.  These include requiring BLM and USFS lands to be open for recreational hunting, fishing, and shooting unless specifically closed; facilitating the construction and expansion of public target ranges; including ranges on Federal land managed by the USFS and BLM; authorizing the lawful transportation of bows and crossbows through National Parks; and allowing the Secretary of the Interior to use qualified volunteers from the hunting community to help cull wildlife on NPS land.

Sen. Murkowski’s previous energy bill (S. 2012) passed the Senate in April 2016 by a wide bipartisan margin (85 to 12).  That bill also contained pro-hunting provisions.  Congress used it, plus the House’s SHARE Act, in the House-Senate conference negotiations over the energy bill, which began in September shortly before the election.  The conference failed after Congress concluded budget work in mid-December.

The steps being taken toward completing a comprehensive sportsmen’s package are encouraging.  The measures introduced so far represent significant strides and SCI members should remain hopeful of action on a final bill that would be sent to President Trump’s desk. SCI will be monitoring the progress of these bills and working closely with members of the House and the Senate to include and support provisions of significance to SCI members.  Please continue to monitor Crosshairs and other SCI publications for updates on these developments.