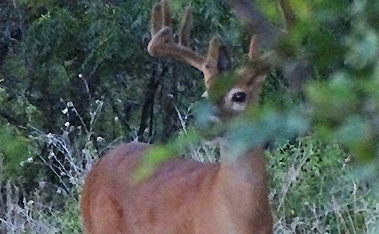 The Boys Are Coming Back

The last hour of good daylight got things going, deer wise. The young buck Mushroom Head came out of the woods with a mature doe. They went to the plowed area and picked around for tidbits to eat. 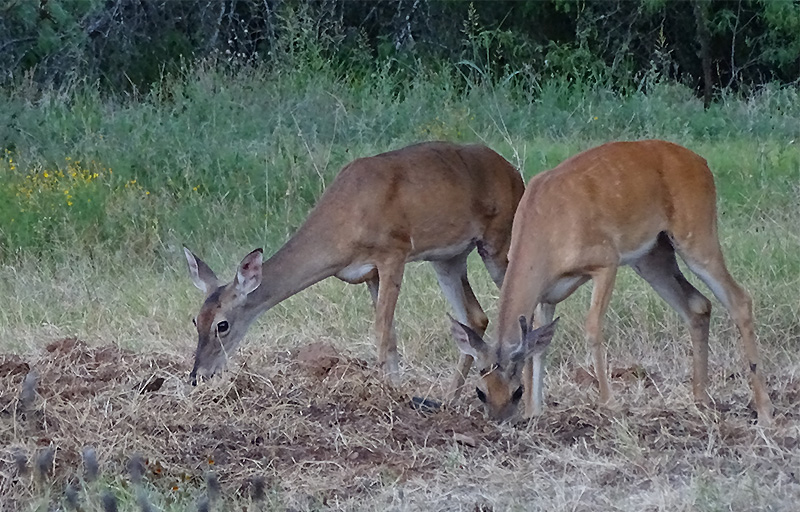 These two appear to be pretty good buddies. 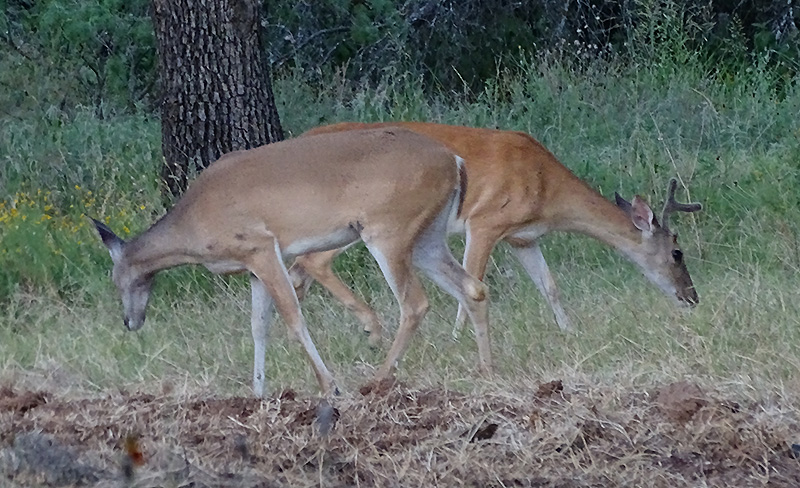 Other deer showed up and worked the plowed dirt for pieces of roots and green plant parts. 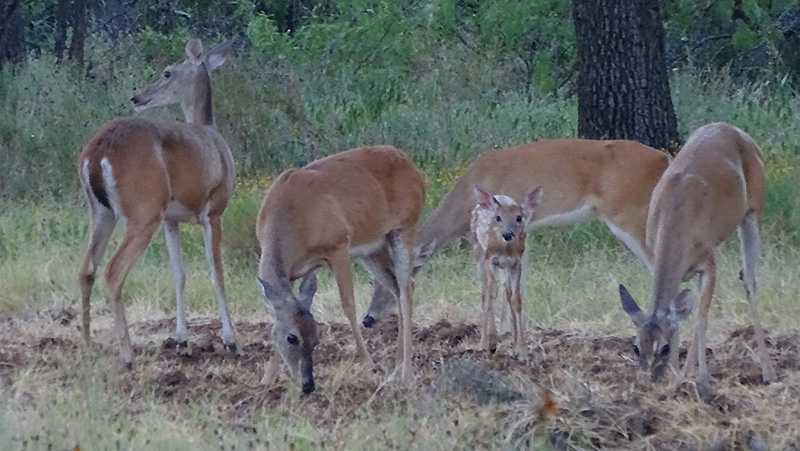 Surprise. A doe walked up close and started eating leaves and stem parts from a bush a few feet away. 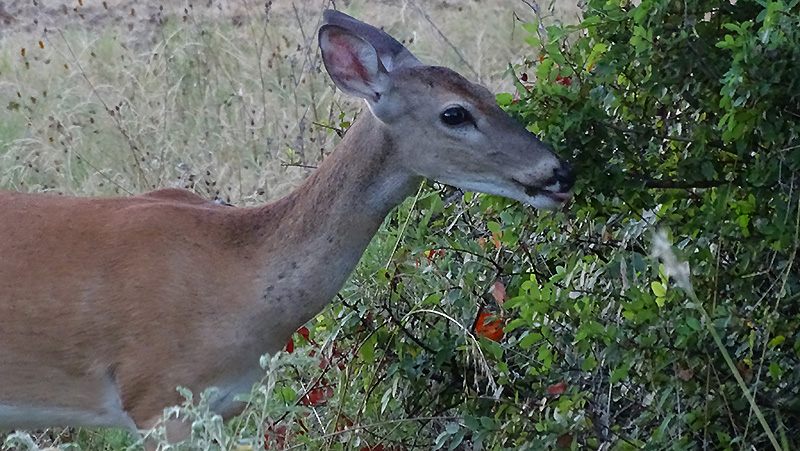 Here is a very close up picture of the doe. It is mowing down the leaves. Look how thin her neck is. 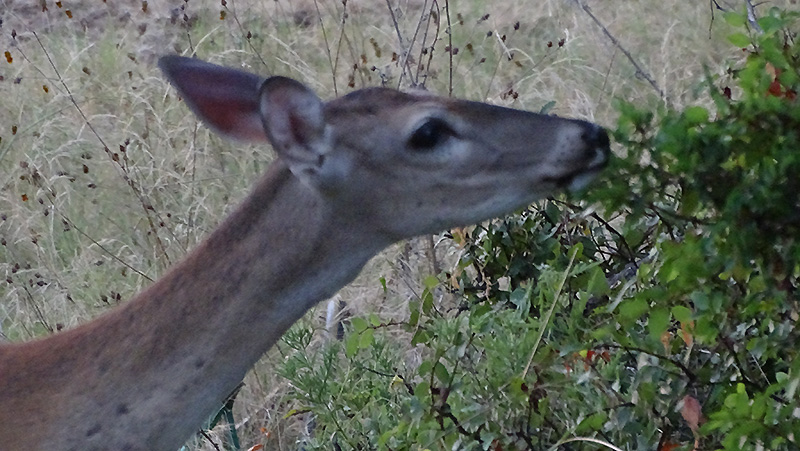 Soonafter the doe left, a small group of deer pawed around in another part of the plowed area. There were two bucks with the fawn and doe. Can you see them both? 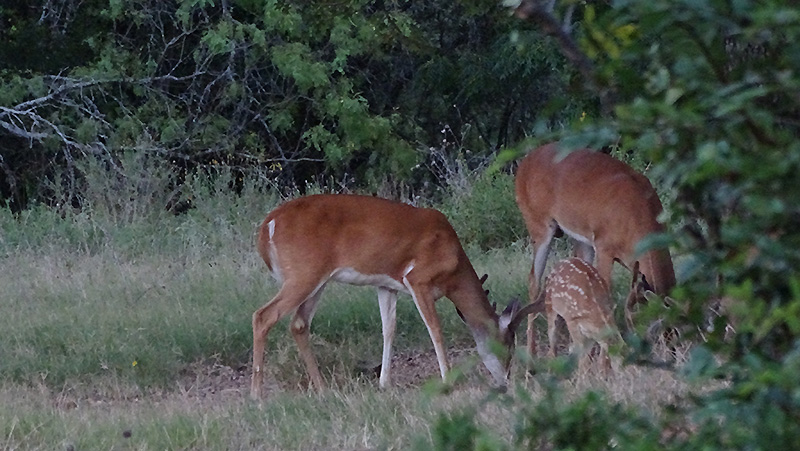 You can see them better in this picture. The biggest antlered buck is looking through the leaves. And you can see the antlers of the second buck above the does back. 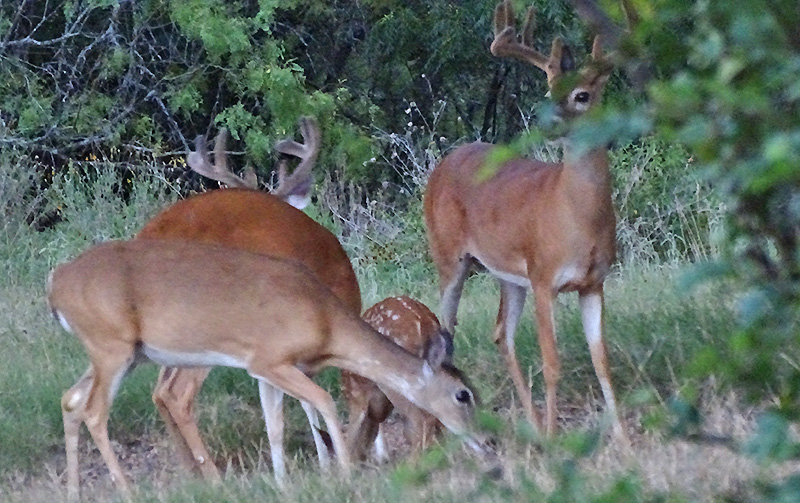 This time of year the bucks are ok with the fawns being around them. These two are bumping heads picking up pieces of edible stuff. 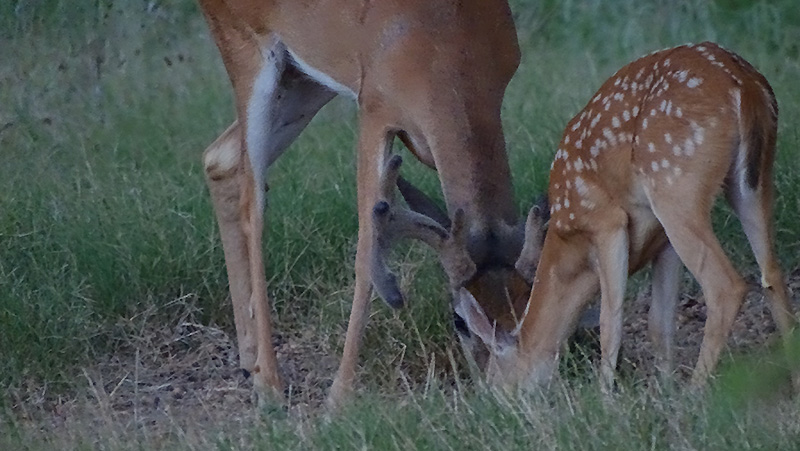 Dusk came and I became the only wild animal in the area so I returned to the house. 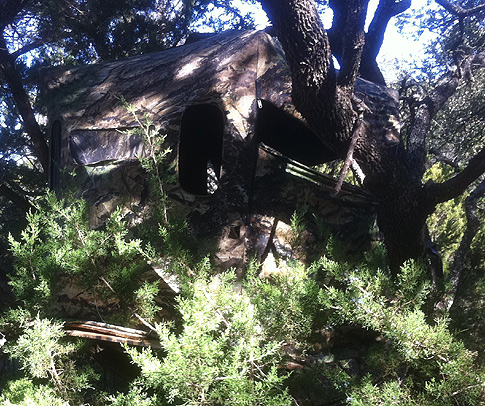 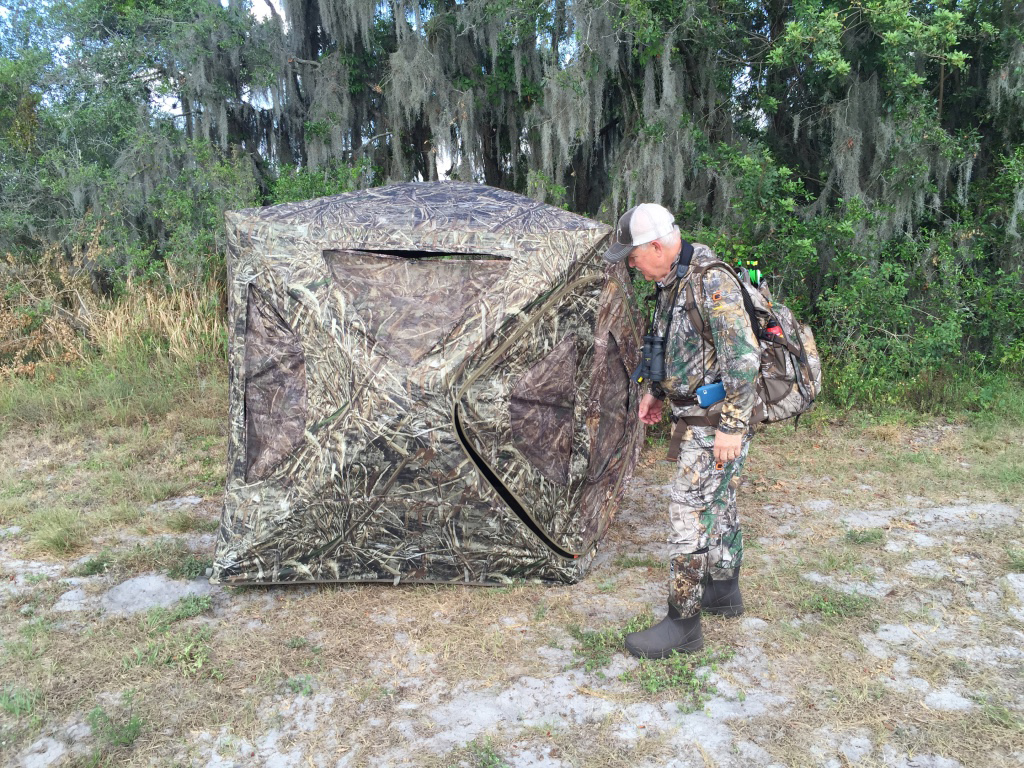