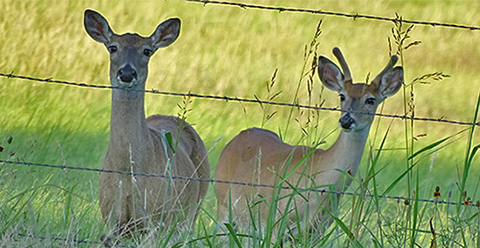 Just before daylight July 4th I got in position to take pictures of deer in the 20 acre winter wheat field near my home. Almost an hour passed before I saw any deer. Two does walked along the field’s fence, going to the east. I got their picture when they walked by the small dam for a little pond that rarely holds water. 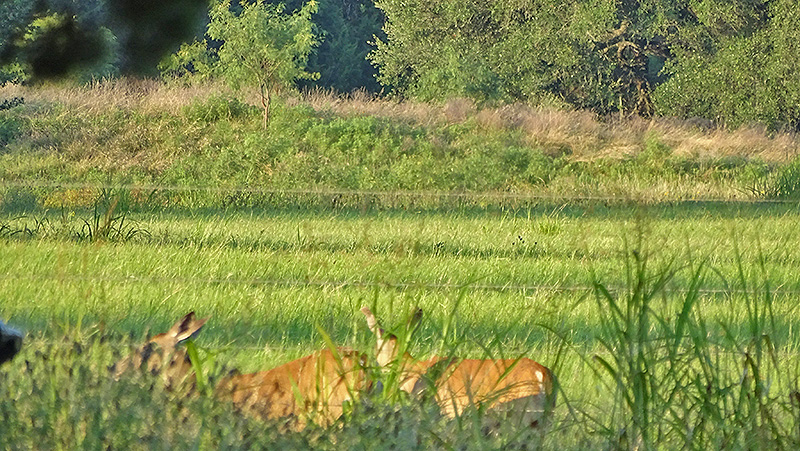 A young buck came running across the wheat field, soon he was directly in front of me. 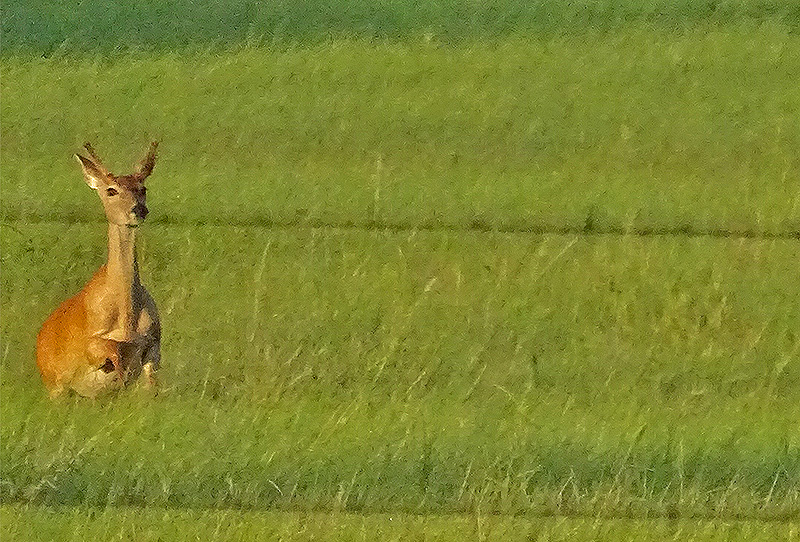 A doe had stopped near the barbed wire fence and the young buck walked over next to her. 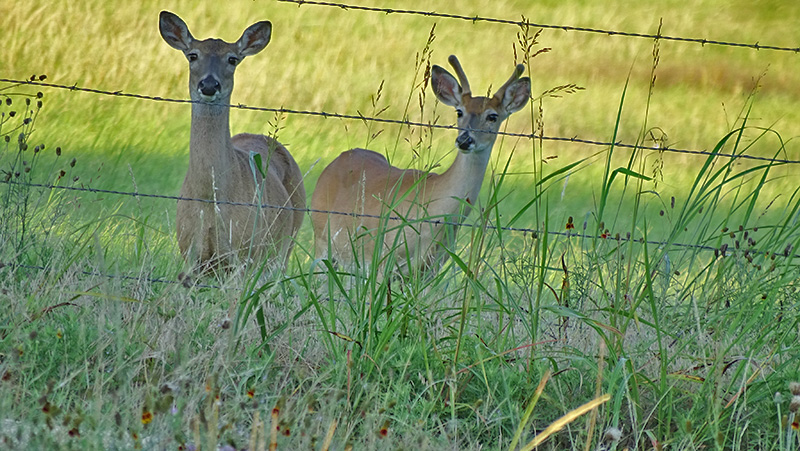 The doe watched the area where I was hiding and the buck walked behind her. I wondered if the doe had seen or smelled me, 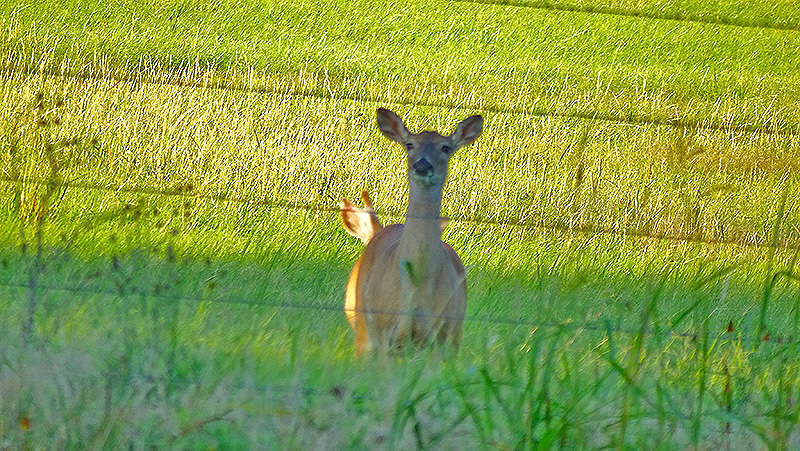 The buck walked along the fence going in the same direction the previous deer were. The doe followed along behind the buck. They both hopped the fence and entered the woods to the east of my hideout. 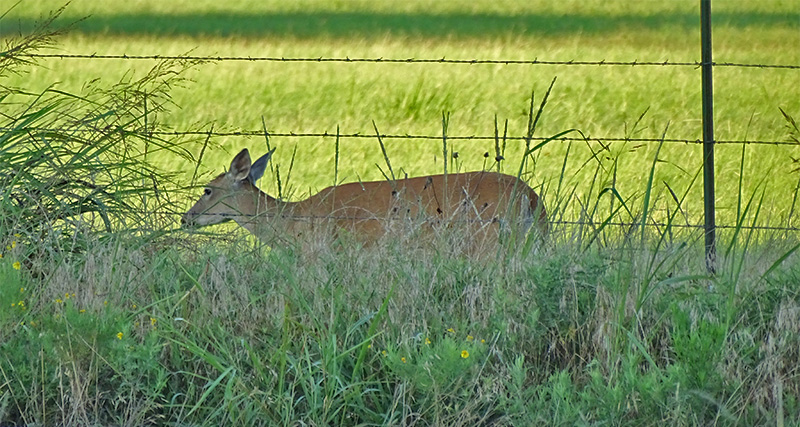 Before long a doe came into view in the trees to my left. 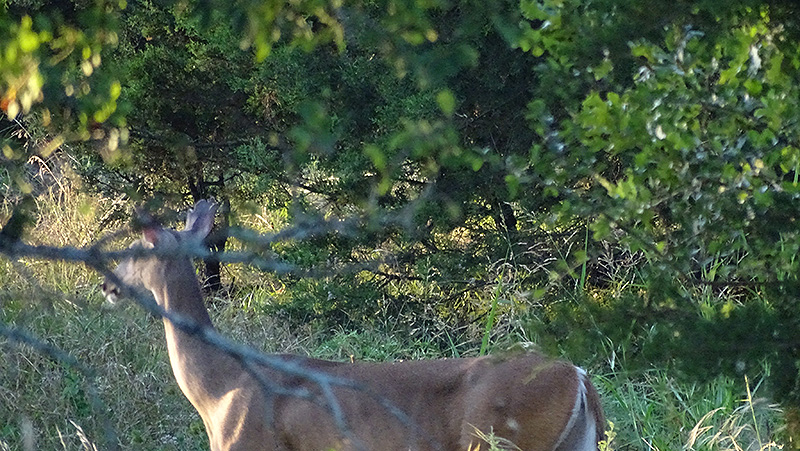 Then a Doe with a Fawn came from the opposite direction. This particular area has an underground water seep and a variety of natural weeds and greenery grow in this area year round. Deer frequent this place regularly. A different buck came up to the doe and fawn and they all browsed around. 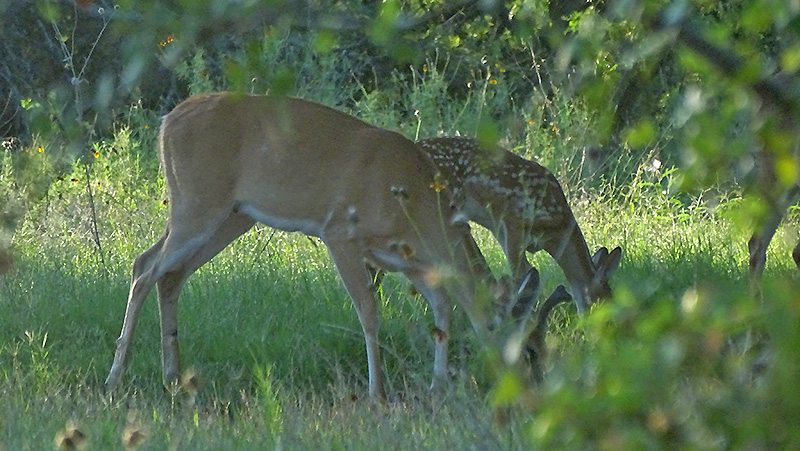 Soon the sun angle created glare as I took a picture of a nearby fawn and a doe. 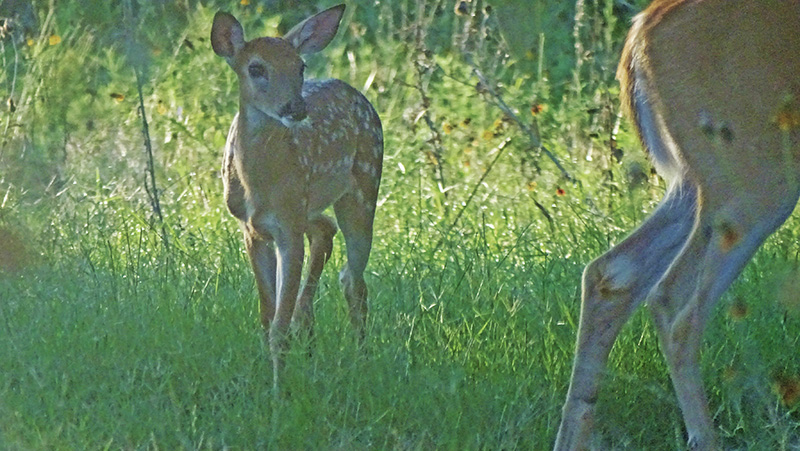 Another doe and fawn approached. The sun wasn’t doing me any favors in terms of putting good picture light on the deer. 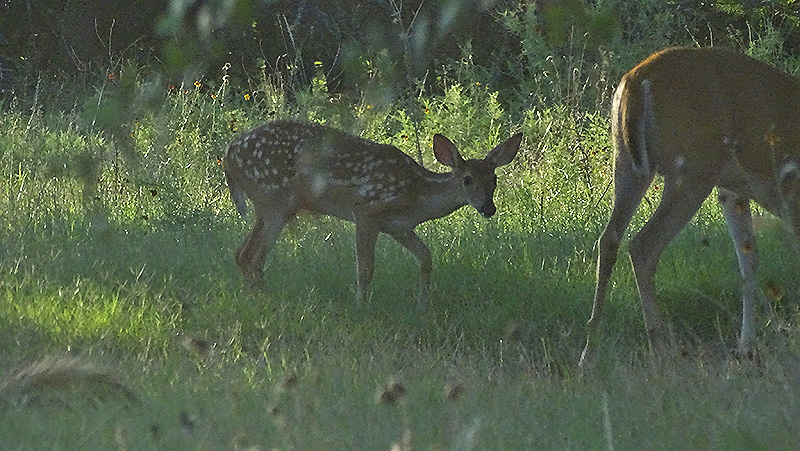 Half an hour later the angle of the sun had improved and a Doe with two Fawns came by. 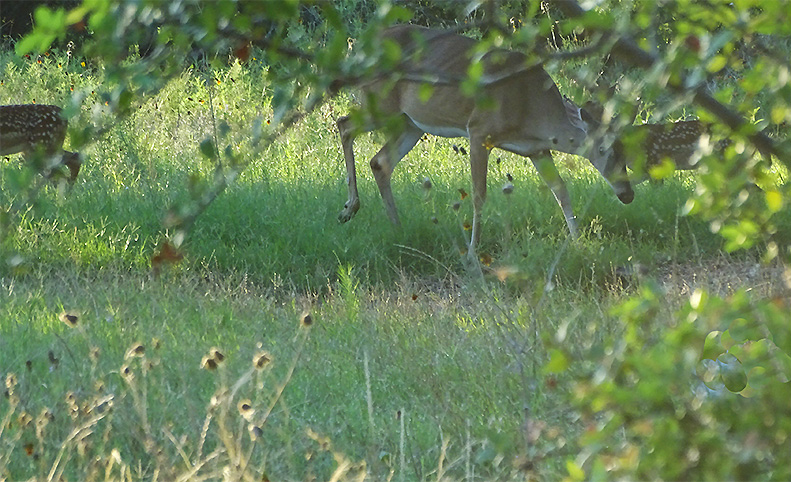 And that was the story in pictures on July 4th.