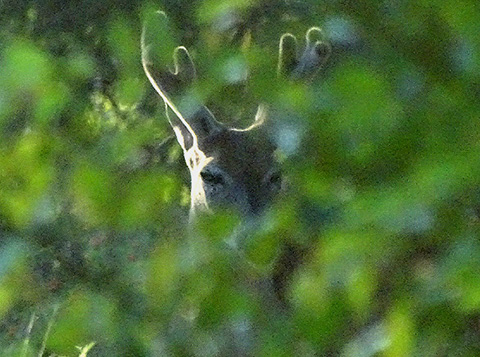 The last day of June 2017 was interesting. All month long I’ve seen deer moving around. And at various times of the day; the usual early morning and late afternoon but also during mid day.

The bucks antlers have grown all month, and most bucks have had main beam and brow tine growth of 4 to 6 times longer than they were back in late april and early June. For example, the bucks with antlers in velvet that were 2 inches long on June 1 now have 8 or 9 inch long main beams as well as noticeable brow tines . Some have the beginnings of their tines.

I got out at first light. Nothing happened until 6:45 when I noticed a buck looking my direction. He was off to my right and I carefully turned my camera on and slowly raised it to my blind’s photo shooting window. 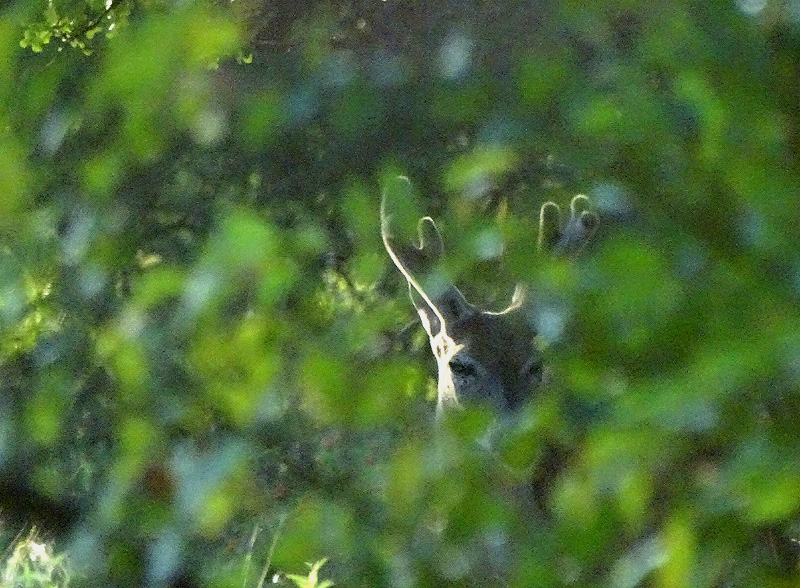 Truthfully, I don’t know if he saw me or not. He only stared in my direction for maybe 20 seconds and then looked around the area. Then he eased back out of sight.

Next, to my left, I noticed two does walking along. 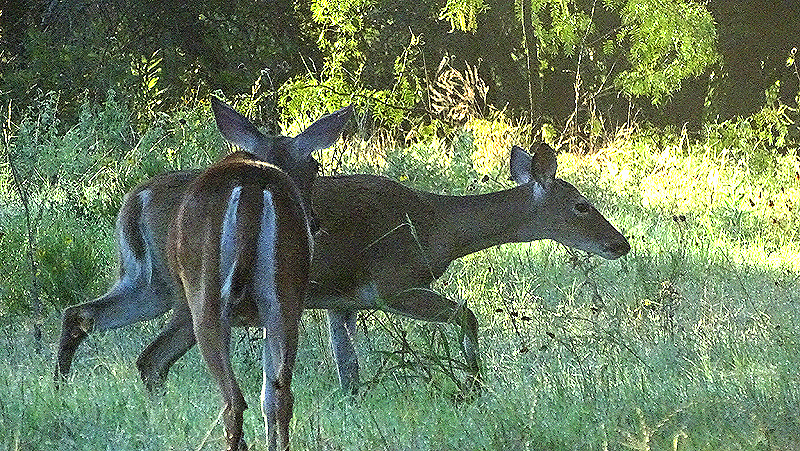 They browsed on some of the many types of wheads growing all around this particular area at this time of year. When I took their picture a buck stepped around one of them and I Sonyed all three of them. 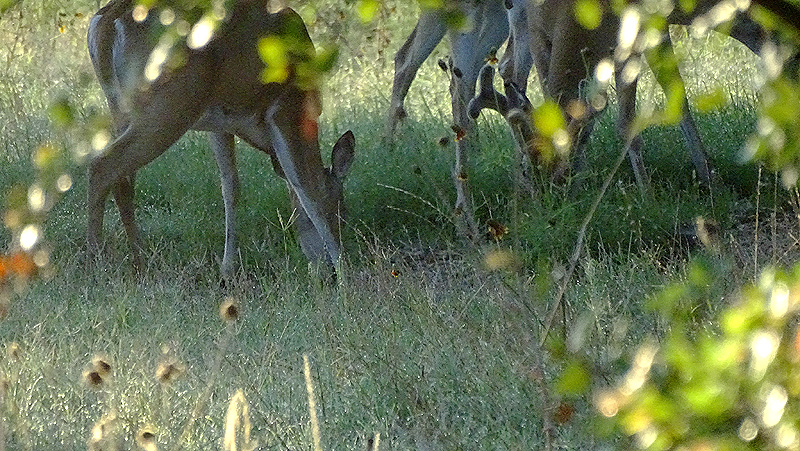 Soon the does left and the buck continued to browse. 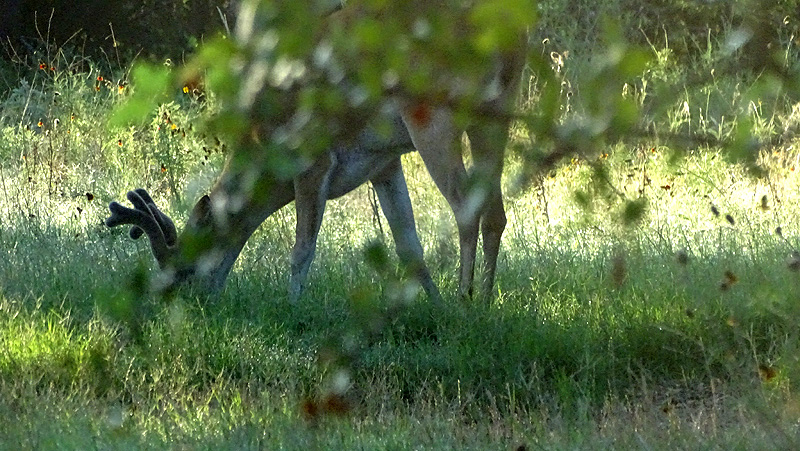 A doe gave me the peek-a-boo action from the edge of the trees to my right. I took her picture and then stayed still until she lost interest and moved on. 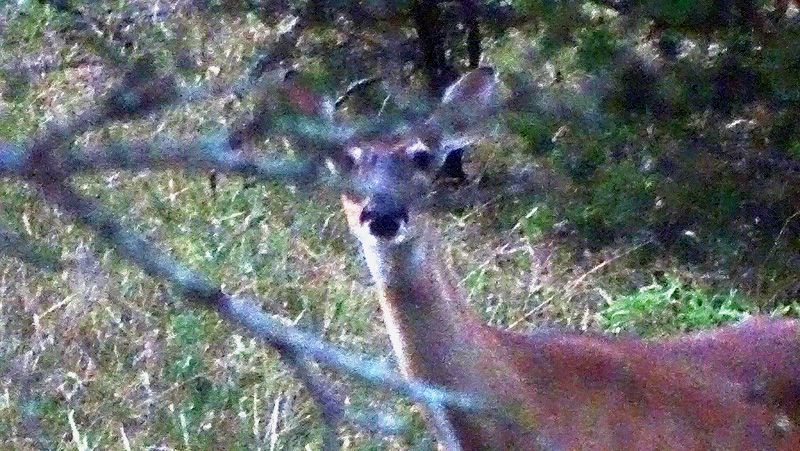 I thought the buck had gone but it was still around. The sun was brighter then and right in front of me and the pictures are suffering from the background being so very bright. Below, the buck is browsing. 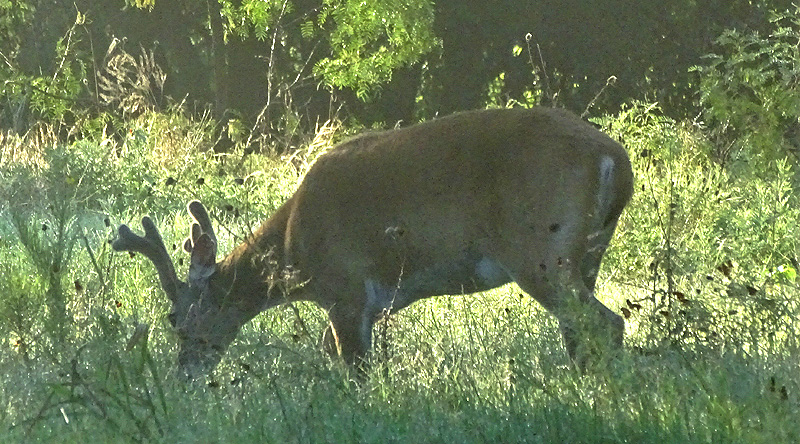 Then he looked around and checked out the immediate area. 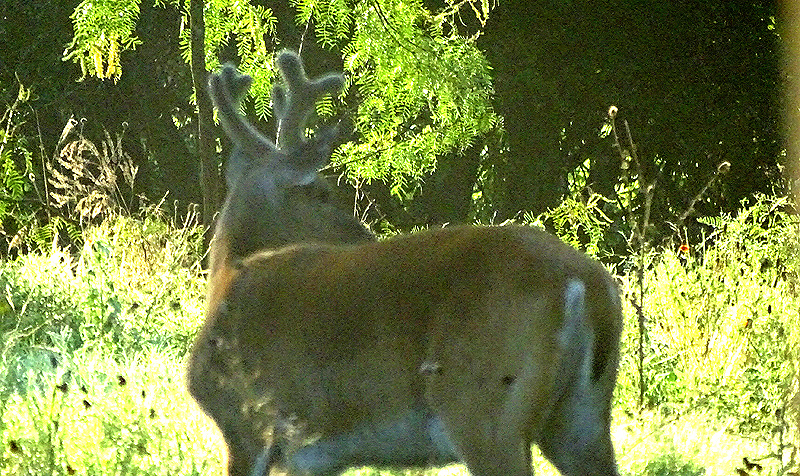 And walked off toward the woods to the North. 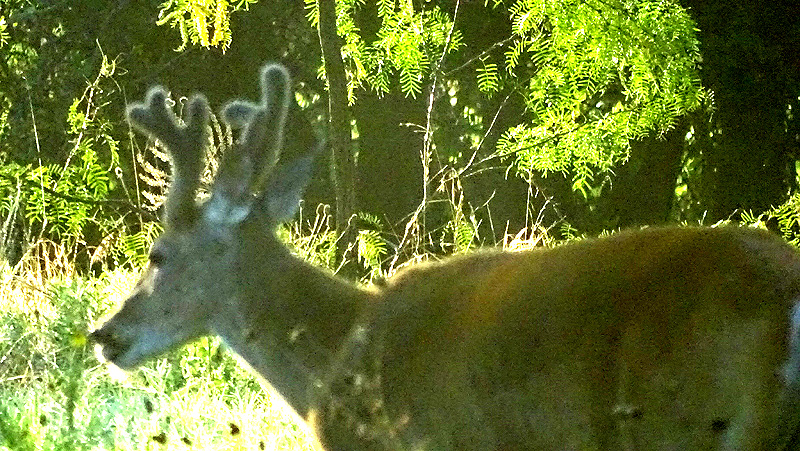 And that was what came down here on the last day of June 2017.