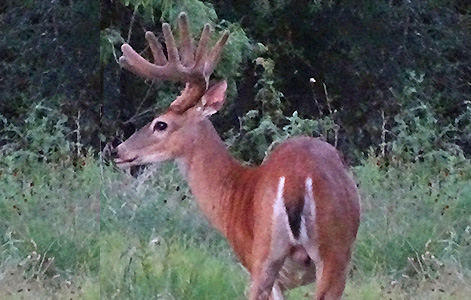 July I7 Is Significant In The Deer Woods Around Here. By Robert Hoague.

Several years ago I labeled July 17 as “Magic Buck Day.” And in my deer woods it truly is. Prior to the July 17 date we typically see a variety of young bucks but simply do not see any of the mature bucks with attention grabbing racks.

During April, May and June and part of July Bucks have laid low to recover from the winter’s period of reduced nutrition. But in July they are healthy and strong.

And their 2nd Most Important event of the year occurs. They come out of hiding to show off their stronger, more mature bodies … and their bigger racks. And in my area it happens on July 17, year after year!

That may sound dumb, but believe me it is not. Take a look at one of the 3 bucks I saw this afternoon (July 17). 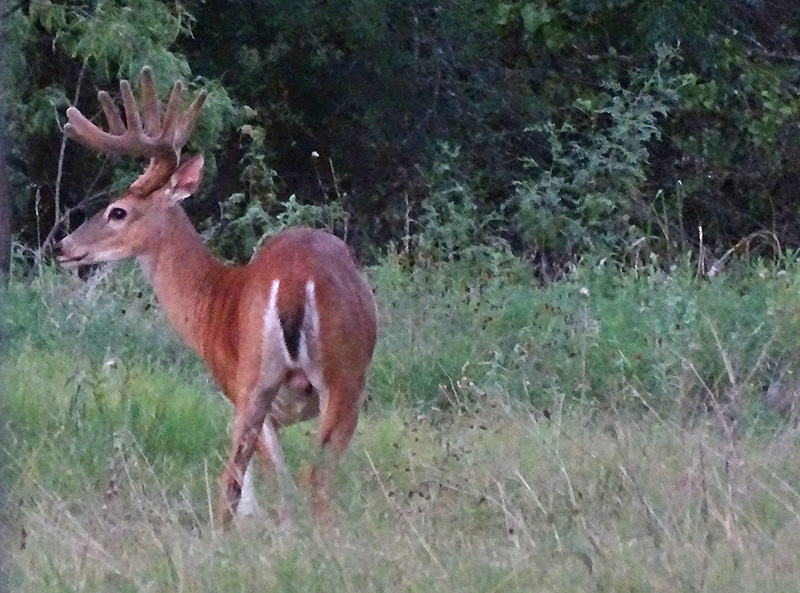 I had gotten out a little bit late this afternoon and brought my laptop to finish writing up the article about my 2017 food  plot and adding the pictures.

I was in one of my photo blinds and had looked up several times but hadn’t seen any deer. Since it was July 17 I had big expectations. 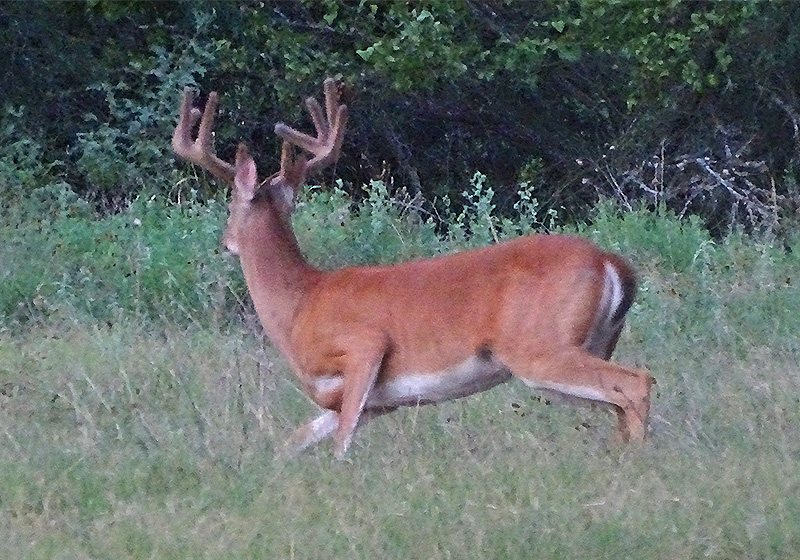 And BINGO! There were two nice bucks in a group of trees 20 yards away. I needed to put the laptop down and grab my camera. Truth be told I accomplished that a little more clumsy than I would have liked and it took more time than I wanted.

When I was ready the two bucks had already walked past me. But I got the biggest one in the viewfinder and took the first picture (above).

I got two pictures of him that show his growing antlers. 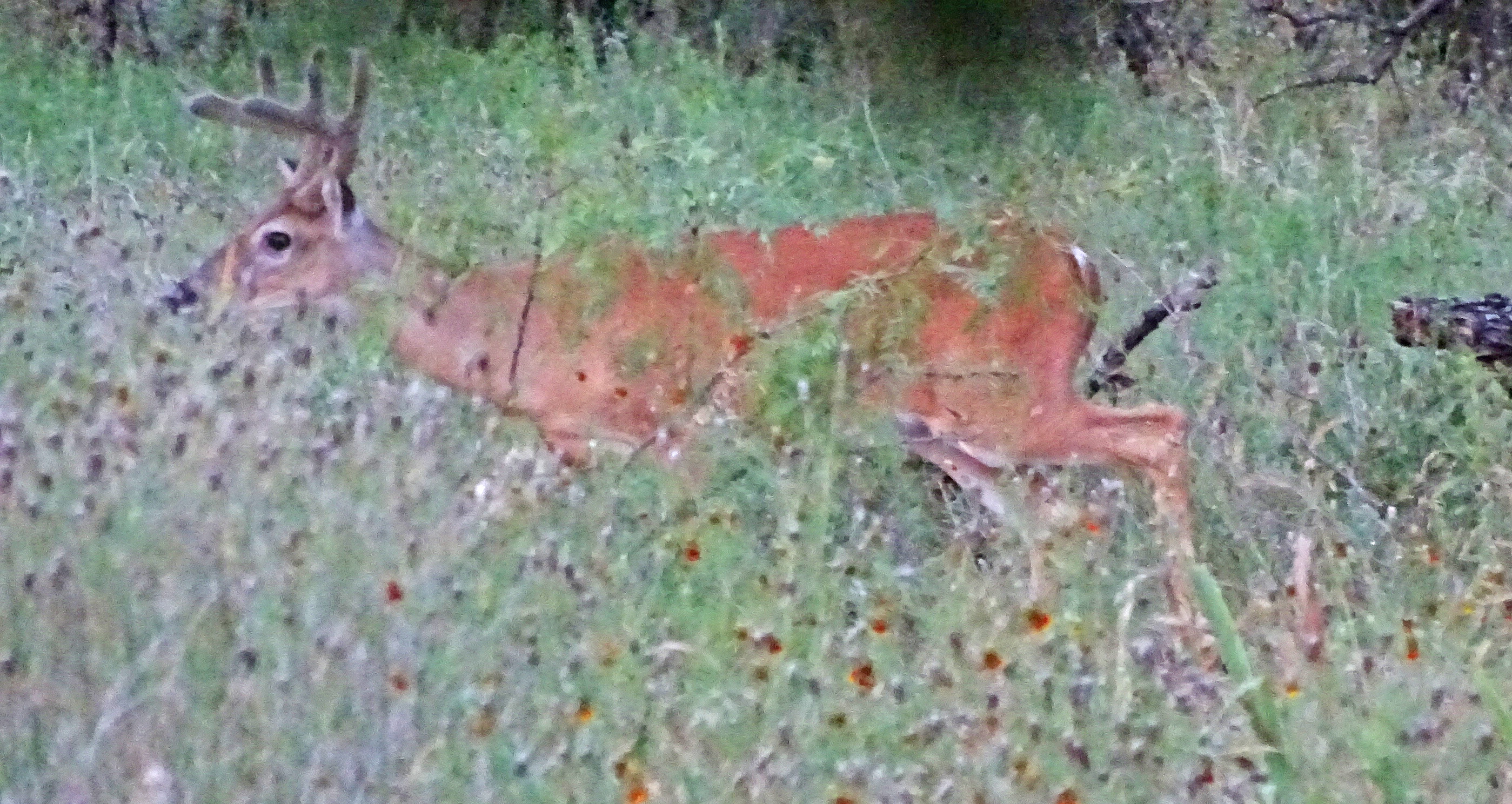 Quickly, I looked up to check on the other buck and saw a 3rd buck back by the gulch, it had a nice rack also.

But my first picture buck was closer and I framed up a picture of him and took his pic. 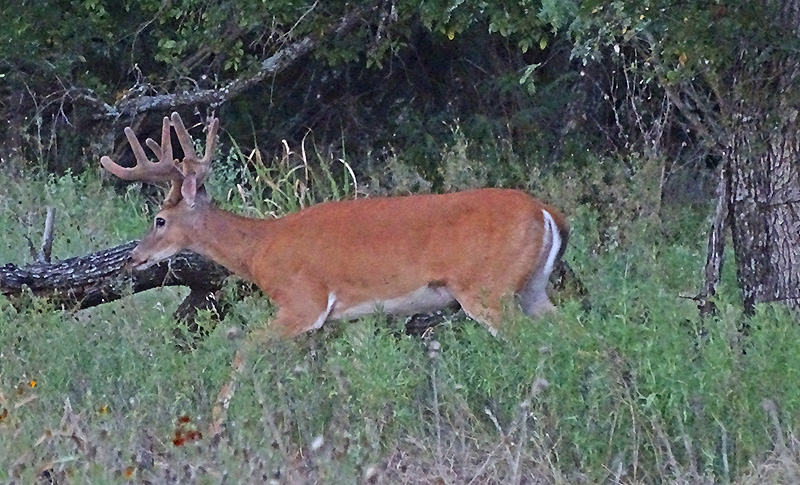 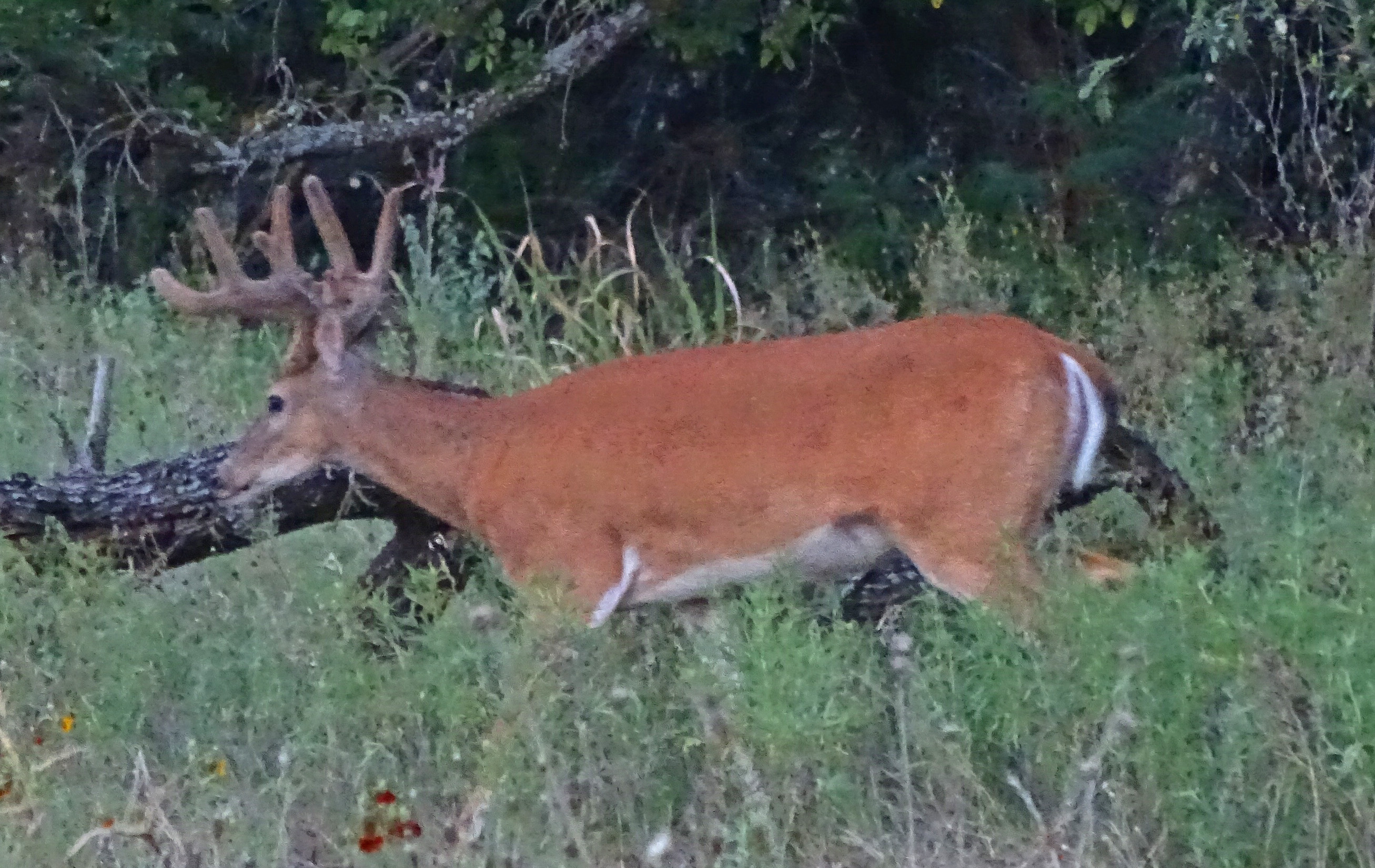 And then this buck got my attention and I took his picture. 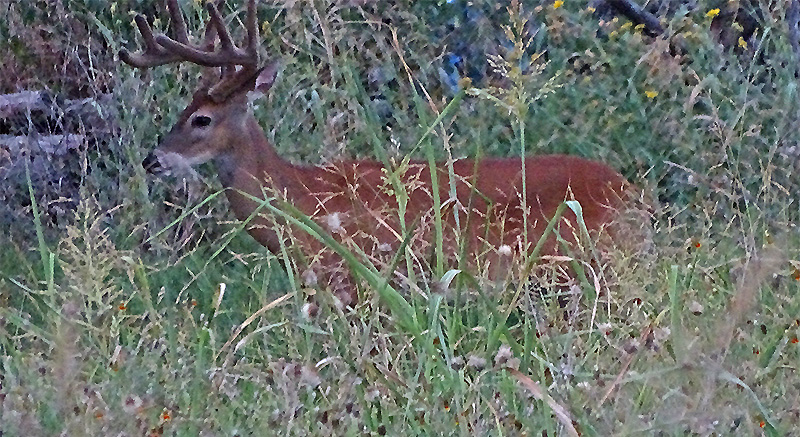 And as easily and quietly as it began it was over. And that was the story and pictures from my deer woods on JULY 17 2017. Another year’s Magic Buck Day is a wrap.