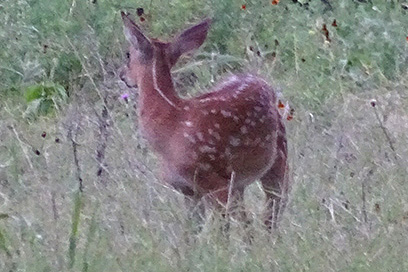 July 15 Pics From The Deer Woods. By Robert Hoague.

Several deer walked through my area when it was too early (low light) for my camera to take a decent picture but eventually the sunrise spread enough light around. The first deer here was a Doe. She looked the place over. 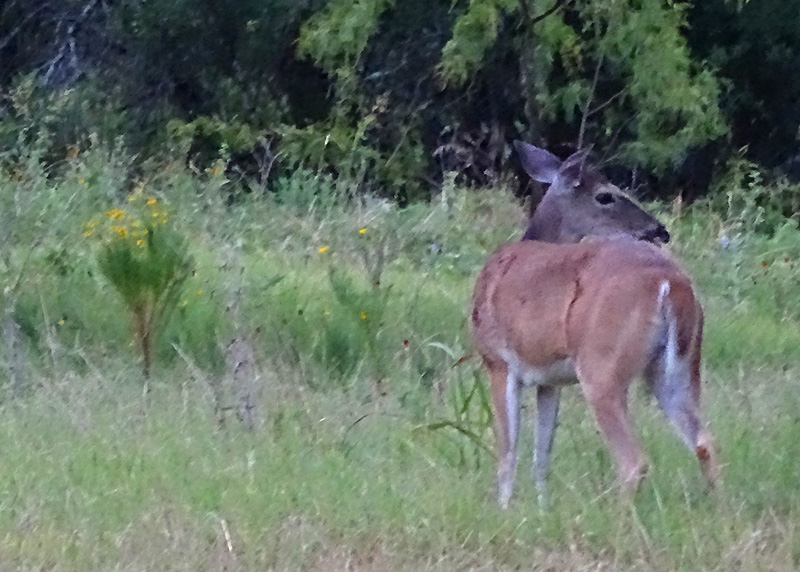 Then the doe walked over to the edge of the woods and watched ahead of her. Soon she raised her her tail slowly. 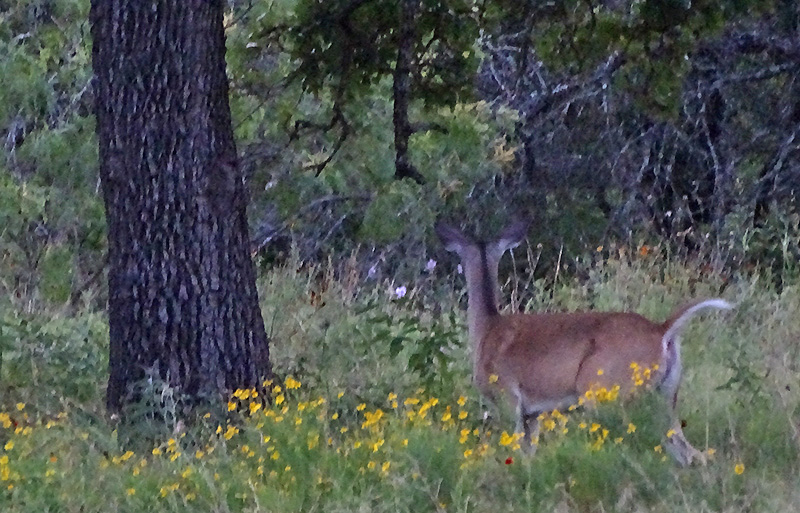 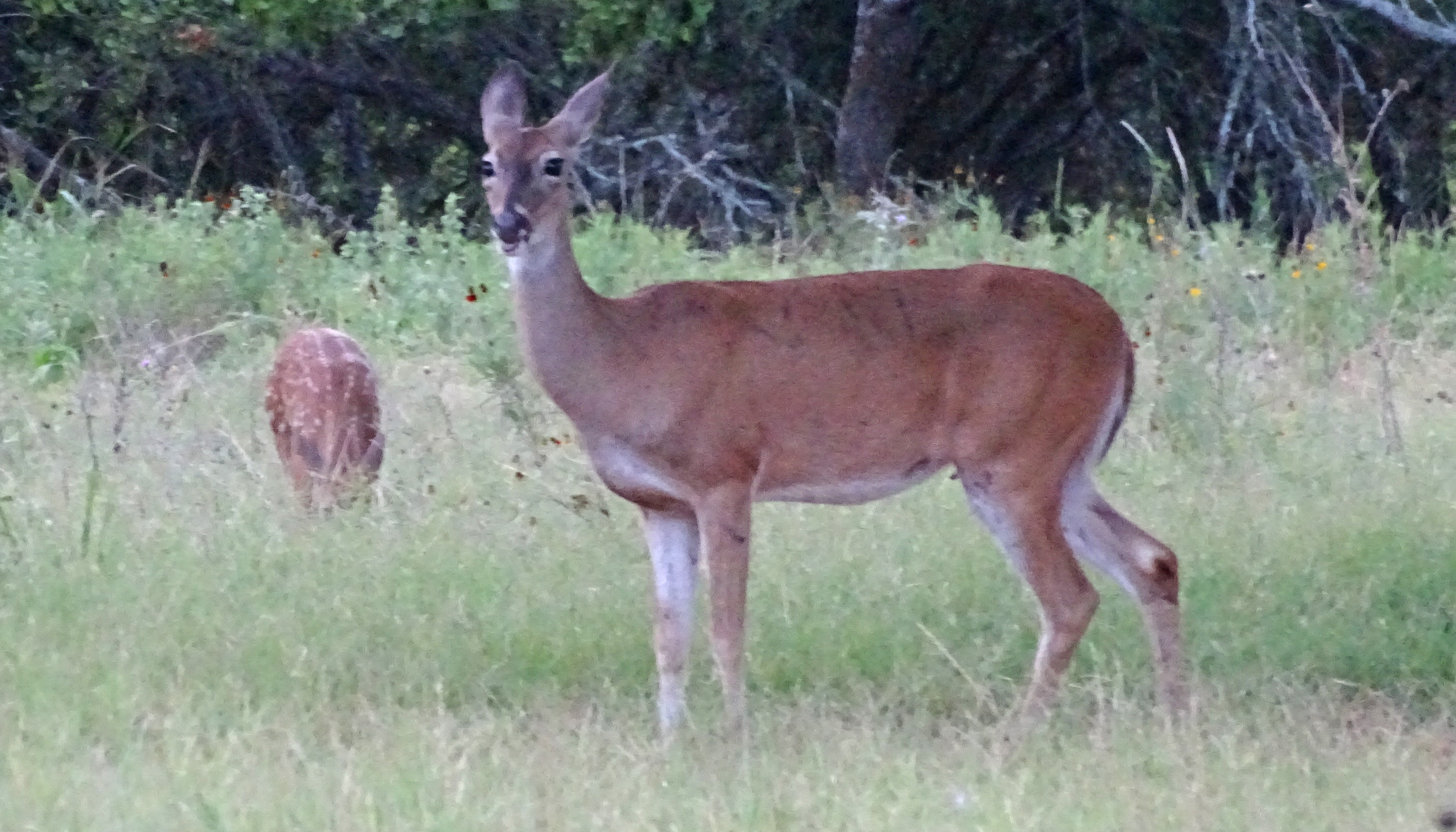 I zoomed in closer on the Fawn so you could see it a little better. The two deer browsed along the edge a while and then left to the south. 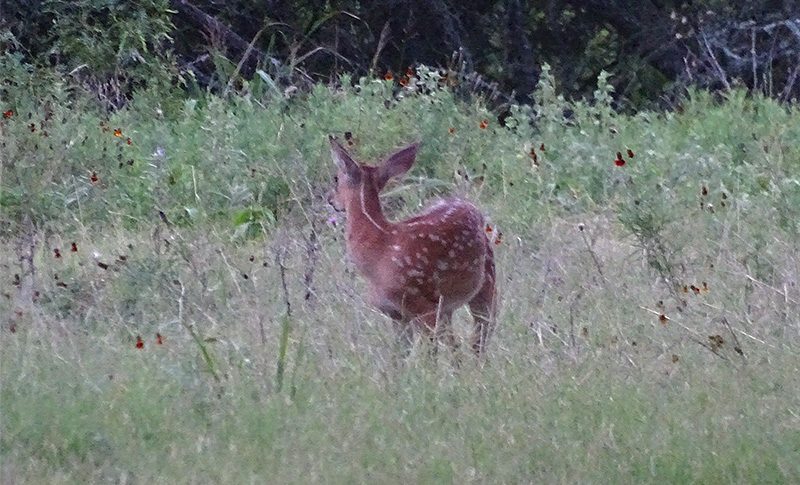 Next up was a Doe in the tall grass and weeds. 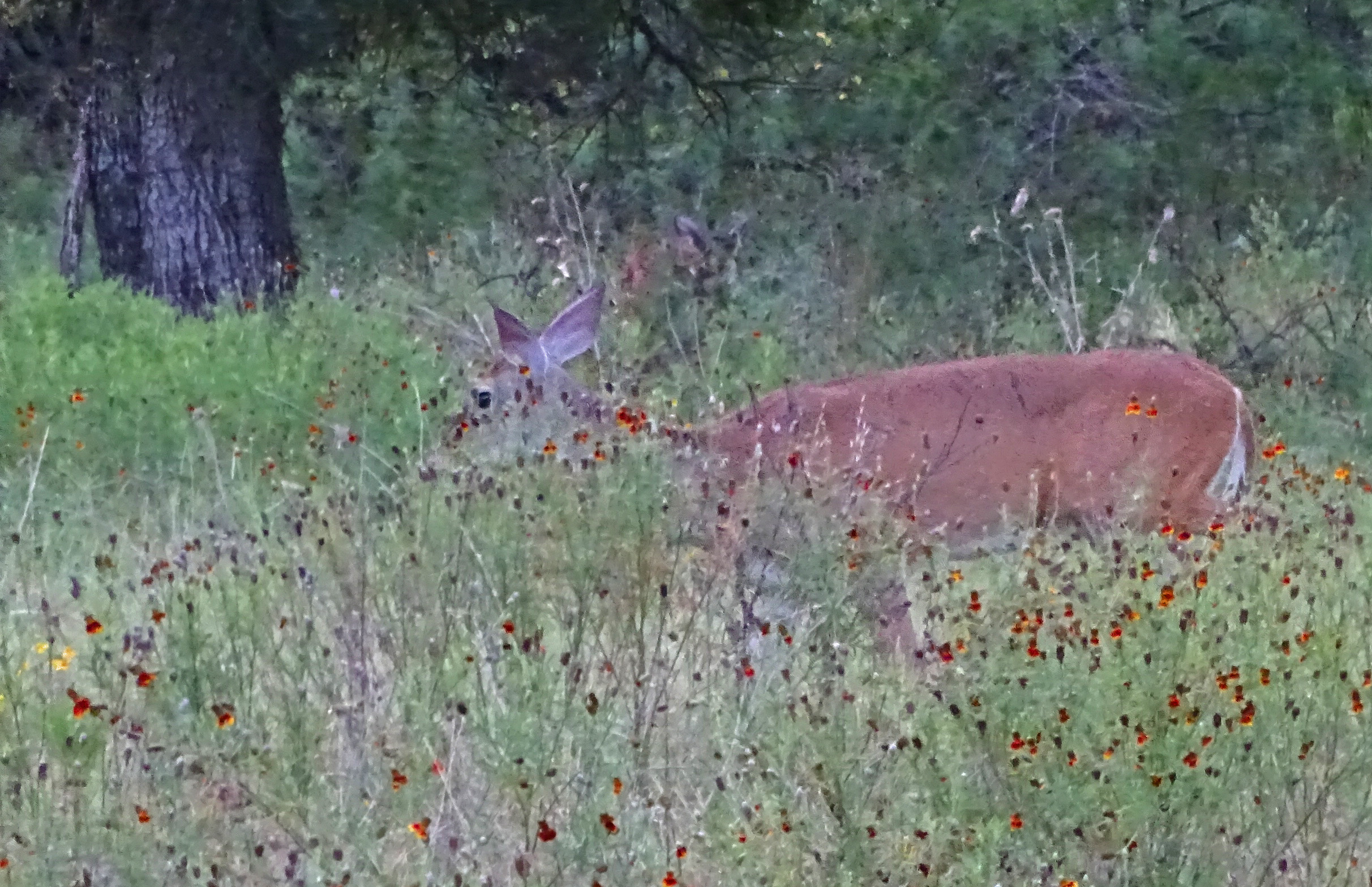 Later another Doe came through. 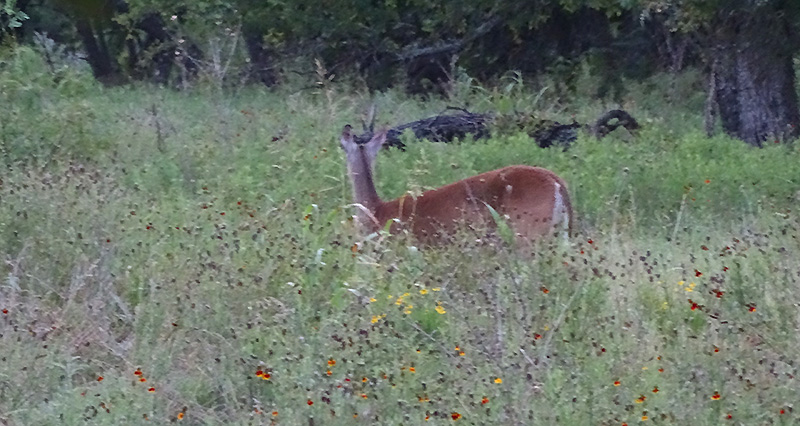 And that was the story and pictures from my deer woods the morning of July 15.