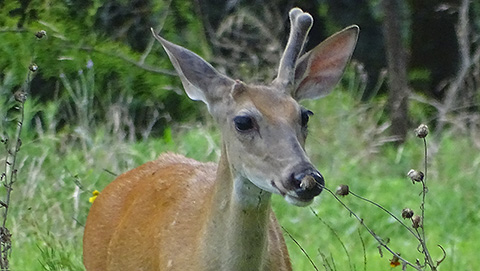 The Deer Story; Mushroom Head, A Fawn Hangout, and more…

When you look at it through pictures, there are plenty of differences between the months of june and July. Many of the Does have dropped their Fawns and are less Roley-Poley in appearance. 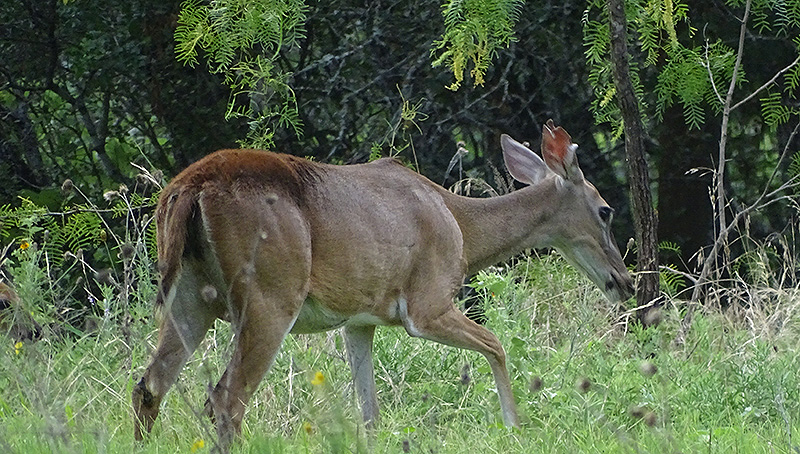 Fawns were rarely seen in June and only 5 days into July I’ve seen a bunch of Fawns and took pictures of quite a few. Fawns stay hidden for a while after birth but once their mother starts taking them with her seeing them is almost common. 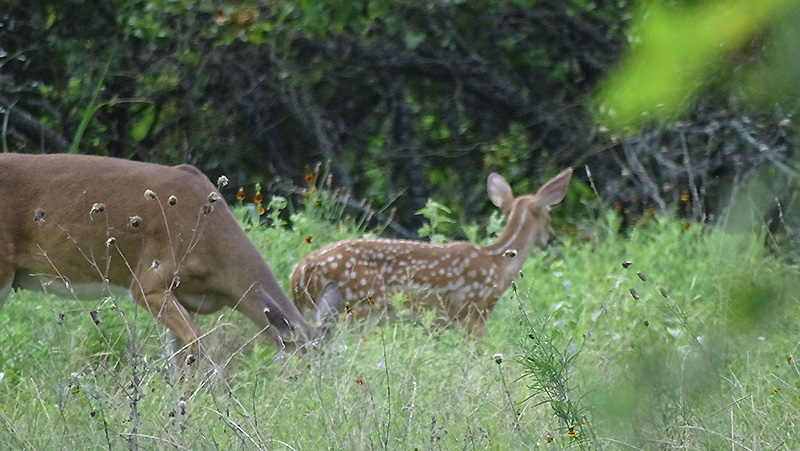 And they’re scattered around in the woods. 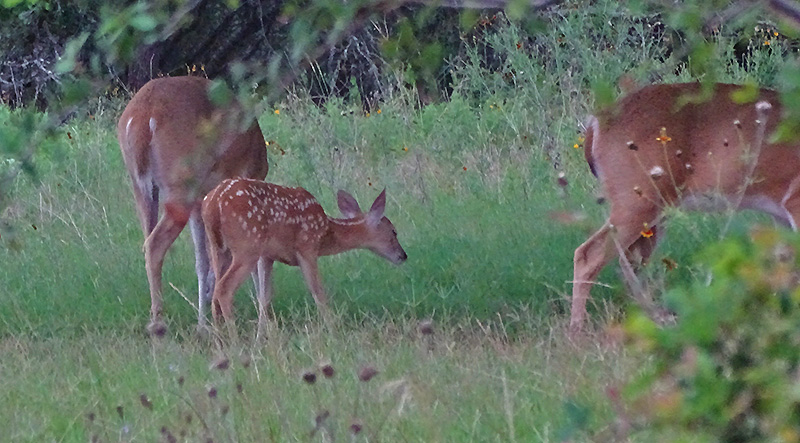 I moved to a blind that I have in the thicker woods to the north. Here are twin Fawns browsing in the thick woods. 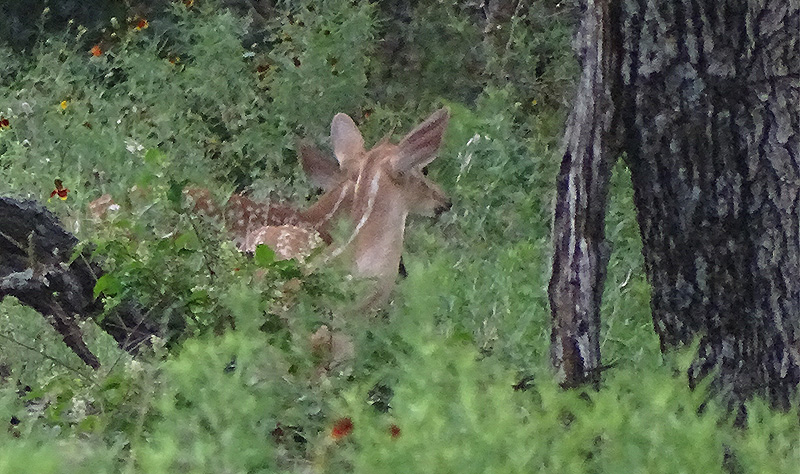 A Doe walks by on the edge of the woods to my right. 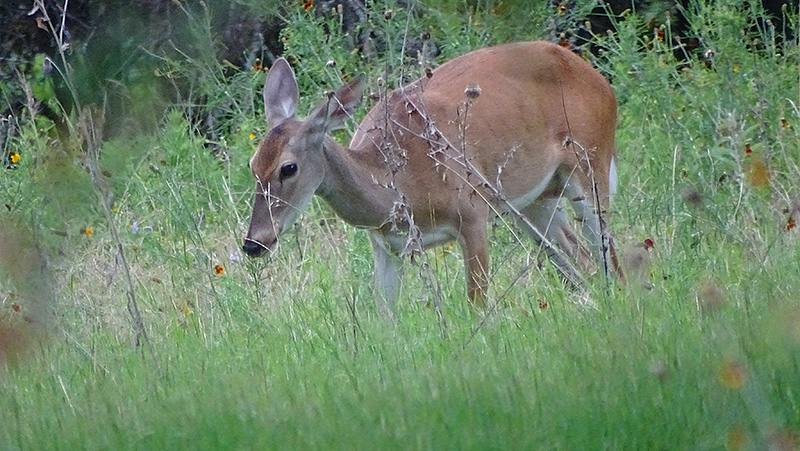 I saw this buck last month but didn’t get any pictures. But moving into the denser woods turned him up. From this angle he appears to have a normal rack but he doesn’t. 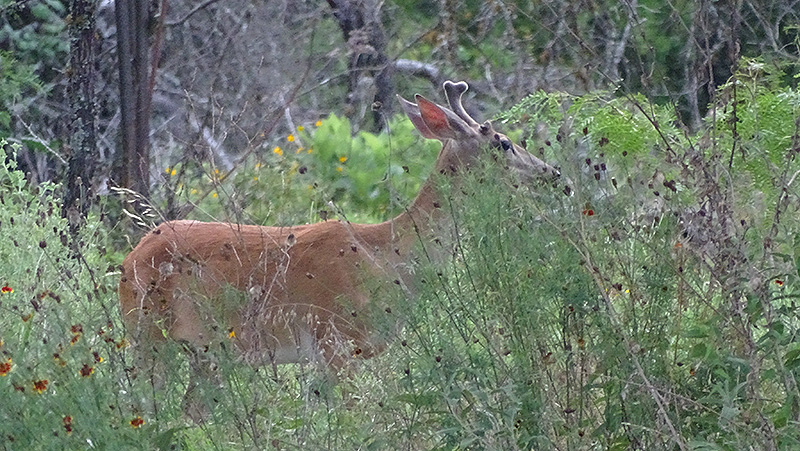 I wait for a more head on picture opportunity so you can see what I’m talking about. 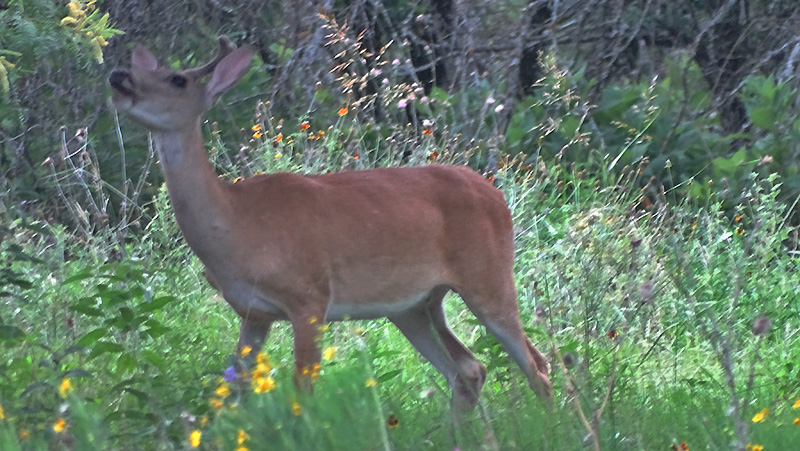 Bingo! Head on … and close up too. Thirty years ago, when first I got on this deer lease there were several bucks that had antlers like this, where one was normal and the other was a bump that looked similar to a mushroom. We called them “Mushroom Head” bucks. And it wasn’t just a first set of antlers thing, the branched antler grew normally but the mushroom side stayed a bump. Eventually we culled them out and no one has seen one in years. But it looks like the one-horn-and-mushroom gene is still be in the deer herd. 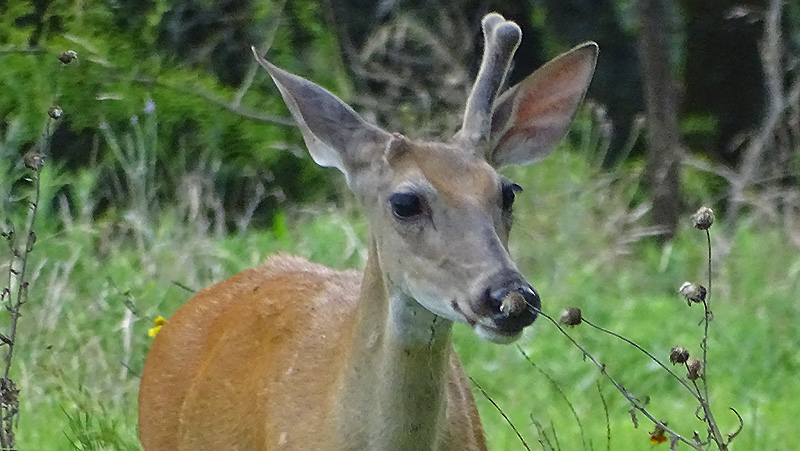 Fawns are hanging out in the thicker woods. I could see more than one so I stayed ready in case I had the chance to get them all in view. 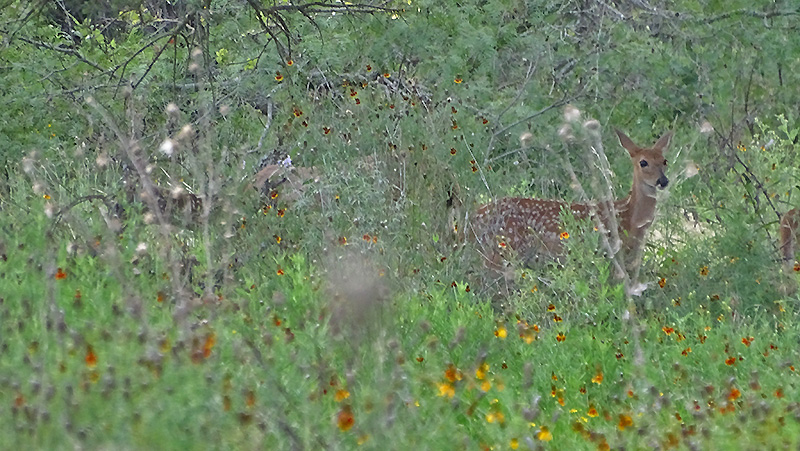 And I did. There are 3 Fawns in this picture.

And here is another picture of two of the Fawns. 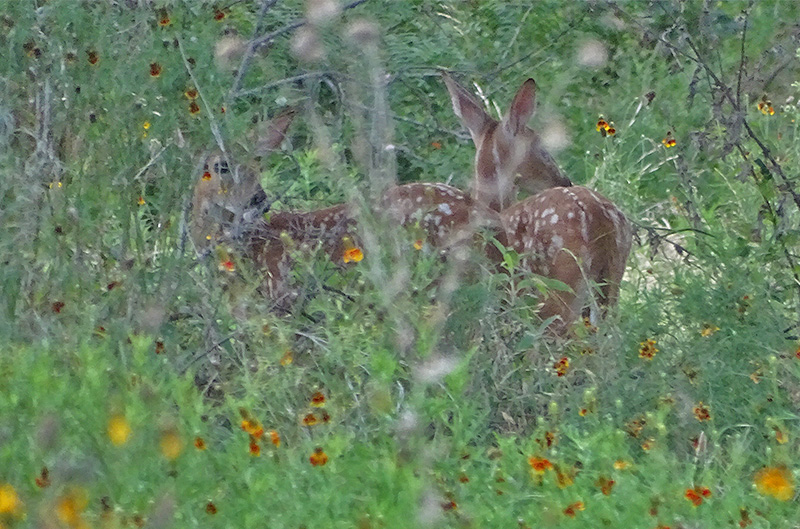 When I started back home I noticed a Doe up ahead and froze. She gave me this picture. 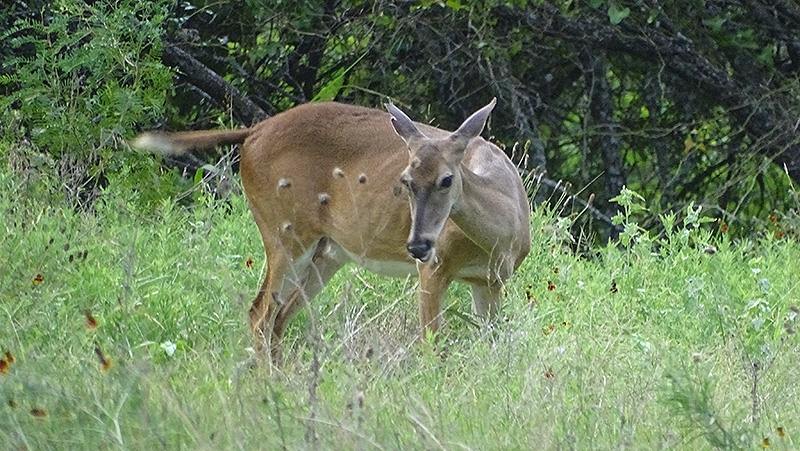 And that is the beginning of July in the deer woods.