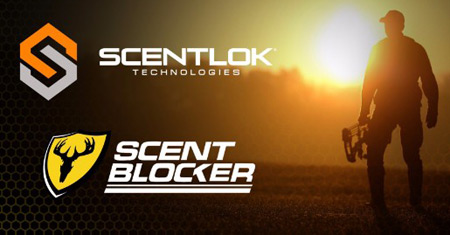 ScentLok Technologies®, the leading manufacturer of premium, scent-controlling products, is pleased and excited to announce its acquisition of Robinson Outdoor Products®. The transaction, finalized on July 6th, includes all assets of Robinson Outdoors, including the ScentBlocker®, ScentShield®, Tree Spider® and Whitewater Outdoors® products and brands, as well as all patents and intellectual properties.

“The Robinson portfolio of products and loyal customers is powerful and wide-ranging,” says Patrick Hylant, Owner and CEO of ScentLok Technologies. “Our company’s goal is to offer total odor-management solutions while maintaining the highest levels of customer satisfaction, and this acquisition will help us fulfill that mission. We don’t need to be the biggest; we just want to be the best. Our research and development team has already begun looking at the various Robinson technologies. We’re improving on them and finding their best applications. Customers can expect to see some of that DNA incorporated into new products as early as next year. We will continue to relentlessly drive to solve real problems for real customers and bring the absolute best products to market.”

And while certain technologies may cross over between brands, ScentLok is clear that it plans to invest in the ScentBlocker and other Robinson brands and products separate from the ScentLok name and product lines. Hylant adds, “We understand that ScentBlocker is a go-to name brand for a large and loyal population of the outdoor community. We want to ensure these strong and loyal customers that we are going to maintain the ScentBlocker brand, technologies and quality they are known for. That authenticity will carry-on as it always has.”

It is expected that all operations will be consolidated into the ScentLok offices and distribution centers located in Muskegon, Michigan.

ScentLok Technologies, headquartered in Muskegon, MI, USA, is a leading worldwide designer, marketer and distributor of performance, hunting and casual odor-controlling apparel, footwear and equipment under the ScentLok®, ScentBlocker®, Scent Shield®, Whitewater Outdoors® and Tree Spider® brands. Founded in 1992 on scientific principles, ScentLok is the only company with access to all scent-controlling technologies, including their patented activated carbon technology, which is consistently proven to outperform other technologies tested. ScentLok is a pioneer in the hunting industry, which many credit with creating a market based on the elimination of odors to get closer to big game.

The Morning After Magic Buck Day