The Morning After Magic Buck Day

by Robert Hoague
in Bowhunting Blog, Bowhunting Videos, Deer, Scouting
0 0
A A
1 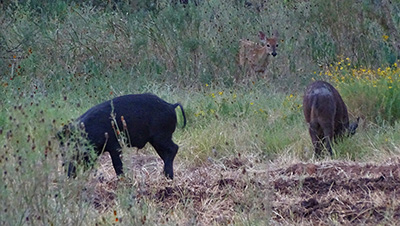 July I7 Was An Important Day In A Long Line Of July 17 Magic Buck Days.

After seeing the 3 nice bucks late yesterday afternoon I was pumped. I wanted to go to sleep early and hit the sack at 9:30 so I’d get plenty of sleep and get out before daylight. At 11:20 I was still wide awake. I got up and ate a bowl of raisin bran. Usually that makes me sleepy but it didn’t work tonight.

I turned on the TV and made a second watch of Sunday’s new first episode of the season 7 of Game Of Thrones. Then I crawled back in the sack and stared at the ceiling and let the thoughts drift by of what might or might happen in the deer woods this year.

At 5:20 am I got up and made toast, buttered it up and topped it off with Orange Marmalade and then got dressed and slipped out to one of my photo blinds. No deer showed up until a half hour after daylight. 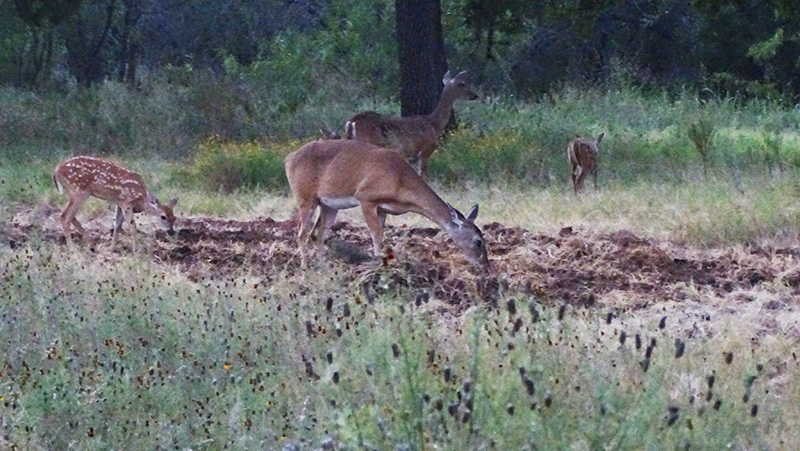 A few does and fawns came out of the woods and went to the plowed up area. (Still no seeds in it but deer like it anyway.)

Other deer were now visible in the area. I took a few pictures. 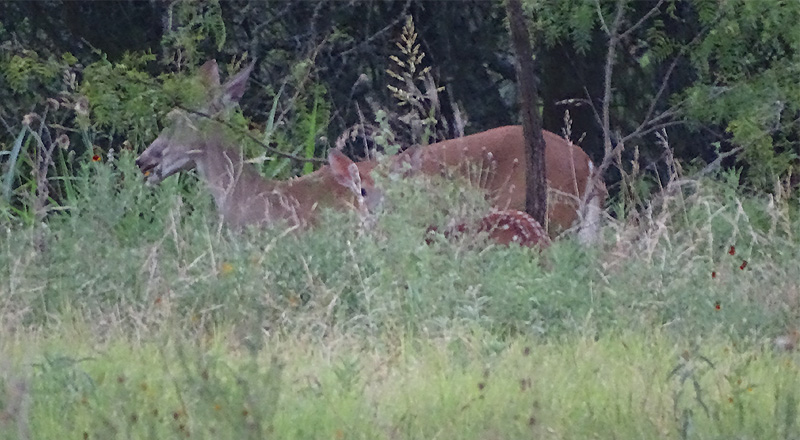 When I had the viewfinder on this doe it went into an alert posture. 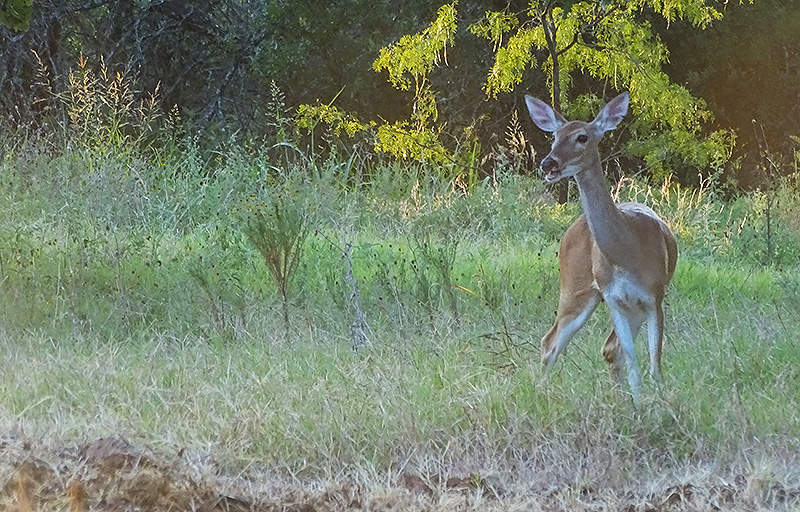 I looked in the direction the deer was looking. Not far behind a fawn at the edge of the plowed strip I noticed a black object. I recognized it as ‘bad news.” 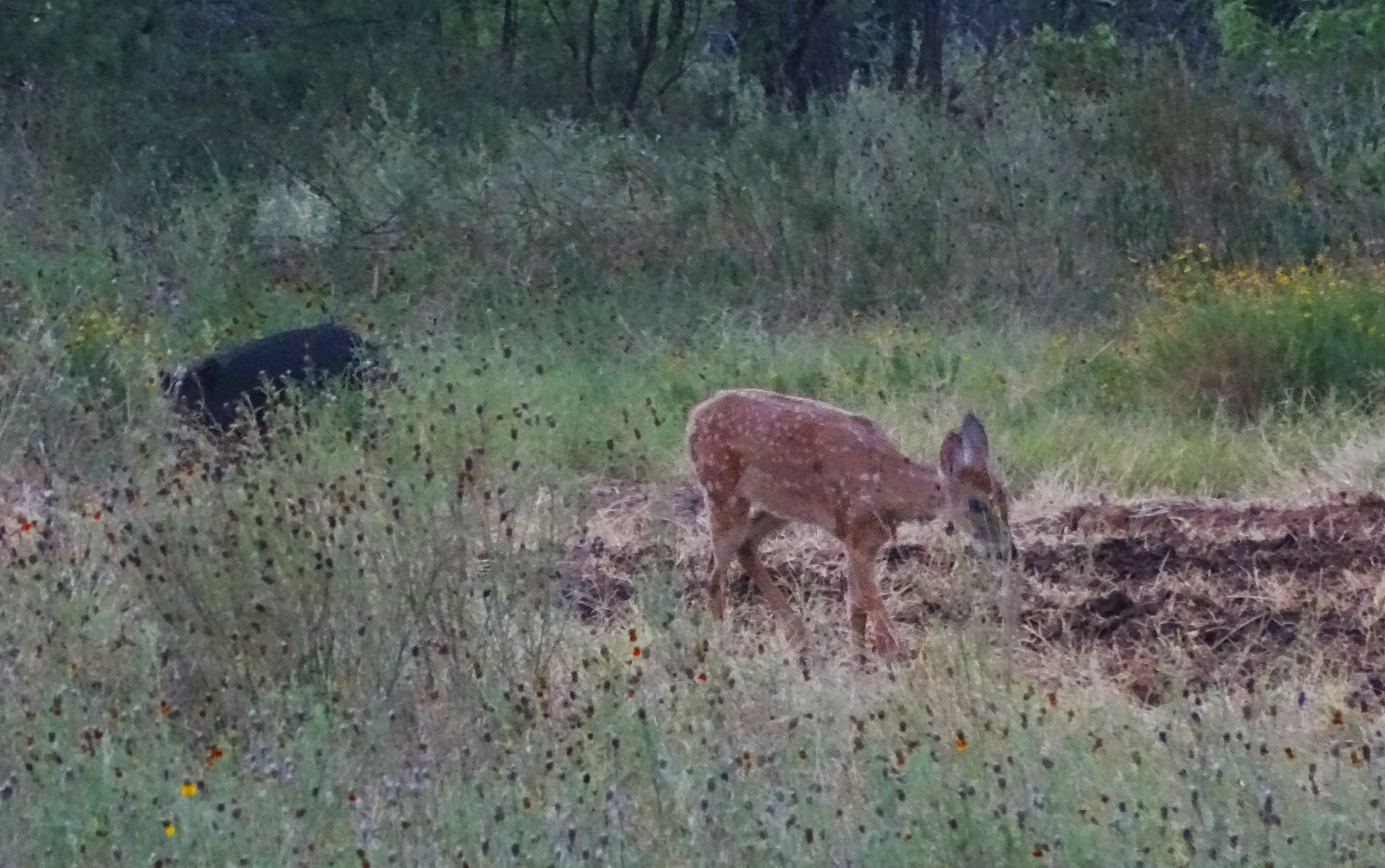 Wild hogs! The evil opposite of mature bucks. Unwanted … and sometimes hard to get rid of.

The deer moved away from the plowed area and gave the hogs plenty of room.

They were mostly young hogs. But deer hate hogs, big or small, and do not want to be where they are around. 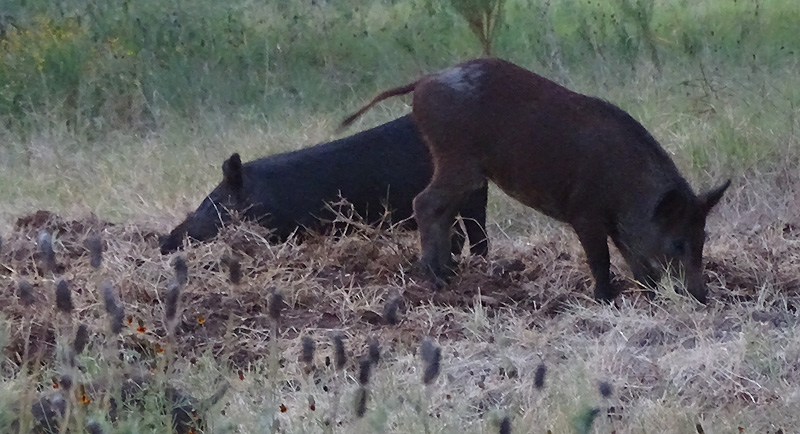 So far this morning I saw zero bucks. 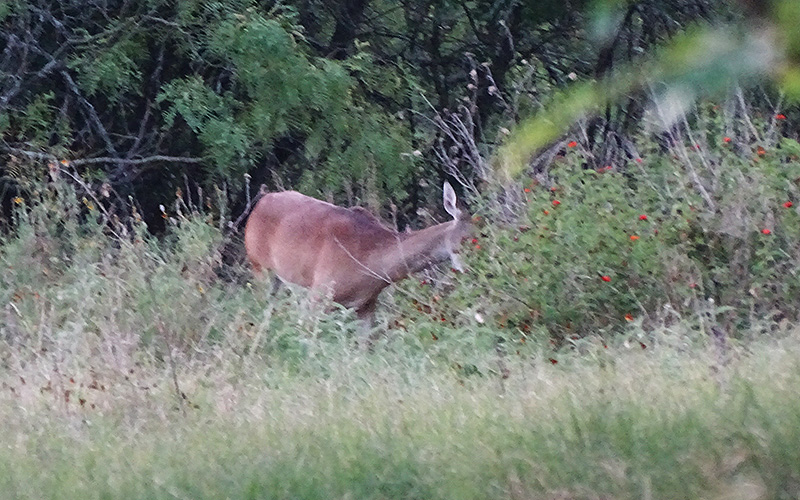 Later that afternoon I saw a couple of deer as the sunlight darkened. 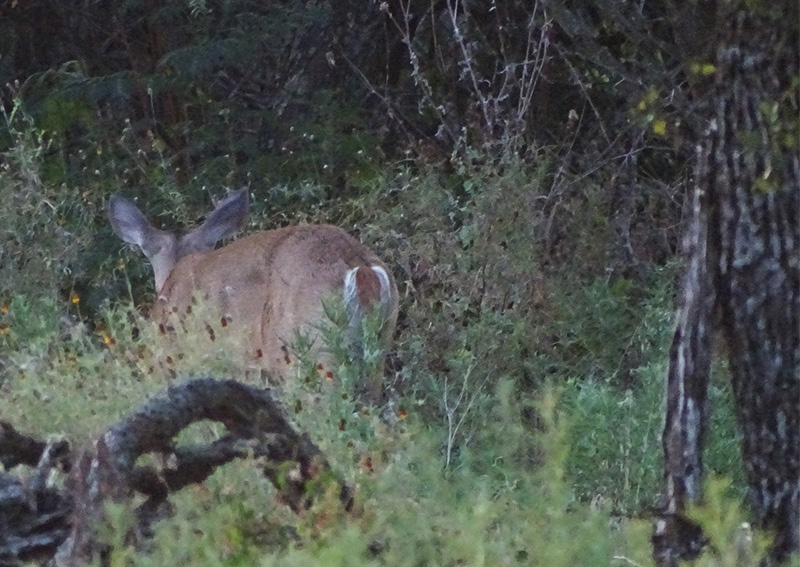 No hogs came around. And no bucks.

I needed a plan.

But after getting no sleep last night my brain was pooped out and I went to sleep two seconds after I laid down.