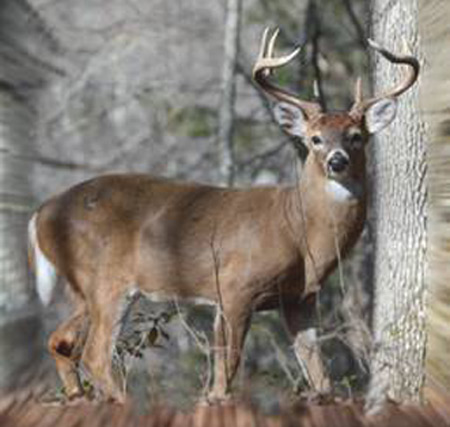 This hunt took place in Iowa on November 6, 2013. Chris and I were hunting in a thicket in a draw that held a major memory of mine. Several years earlier, in that exact place, I had taken a 180-inch buck. We were sitting atop a big red oak tree. This time, Chris, situated on the south side of the oak, was the videographer, and on the north side, I was hunting with my PSE  bow. Up until that point, we hadn’t seen many deer. To stir up some activity, I decided to rattle. I played a crashing symphony with those rattling antlers for about 20 seconds. Then I laid my horns across a limb and stood at the ready for 2 minutes.

Just as I was sitting down, I heard Chris say, “Dad, get your bow ready. Here comes a giant buck.” I looked around to where Chris was motioning and was slightly dumbfounded. Walking with purpose in our direction was an absolutely monster-sized buck. I could tell by the attitude of the deer that he was answering my rattling horns symphony; he was ready to take on a pair of fighting bucks. This hunt turned difficult the moment the buck appeared on the opposite side of our tree. I knew I had to get my bow, turn completely around and draw, all without the deer knowing. Quickly, after taking my bow off the bow hanger, I turned, facing the back of my stand and prepared to take the shot. When the deer was at 17 yards, I grunted and released my arrow. We only had to track the deer 80 yards before the 16-point buck came into view. This, by far, was the biggest buck I ever had taken, scoring a whopping 195 on Boone & Crockett. 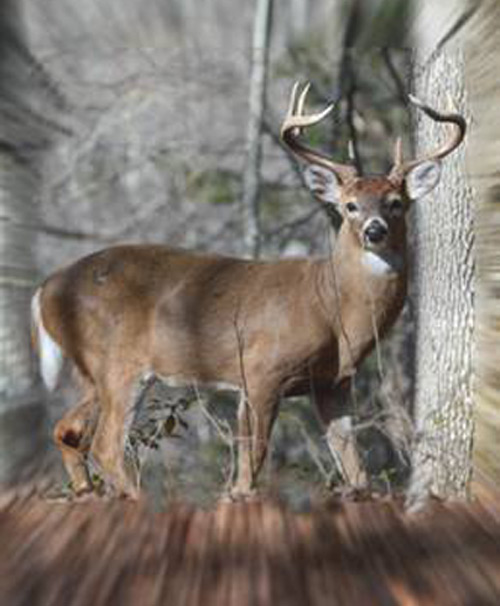 We were forced to re-learn a couple lessons during this hunt:

* If you’ve done everything right, have scouted, know where the buck is supposed to be and are hunting with favorable wind direction, the buck still may not magically appear in the direction you wish he would. Remember to keep your eyes open, or bring another set of eyes to make sure that buck doesn’t give you the slip.

* If the buck does change direction on you, don’t panic. Move quietly, but quickly, and be prepared to release the arrow as soon as the buck stops.

If Chris and I hadn’t practiced this scenario over and over again, I might have missed this buck of a lifetime. As I mentioned earlier, you have to be prepared to take the shot, regardless of where and when the deer comes near you. Preparation comes in many forms, but the most-important boils down to wearing the perfect camouflage pattern. Appropriate camo for your surroundings will allow you to move and not be seen, even if the deer looks straight at you. Mossy Oak has saved Chris and me from being spotted by deer year after year without fail. 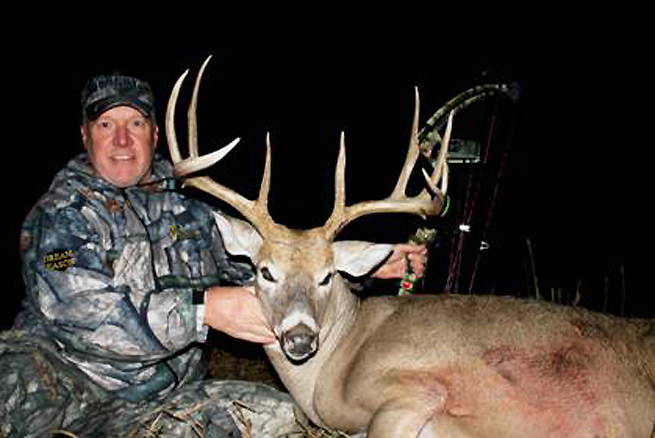 Editor’s Note: Jeff Propst of northeast Missouri has been wearing Mossy Oak for the last 13 years but mainly has been wearing Infinity lately. His son, Chris, and he are hunting and videoing partners for “Bow Madness TV” on the Outdoor Channel. 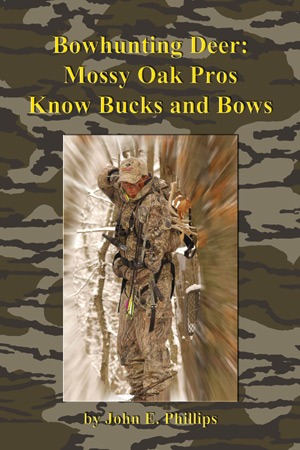