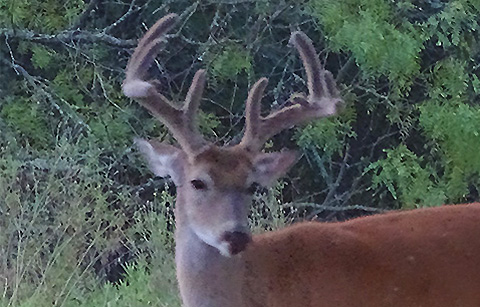 Buck’s Can Be Very Sensitive To Changes And Activity In Their Area. But, Things Can Change Back.

A little plowing and planting last weekend zapped the bucks, with the exception of the youngest ones. The year and a halfers have been on the scene all week. But this morning we started the day off with a nice buck, the ‘Double Finger’ buck. He’s added an inch of tine length since we last saw him. 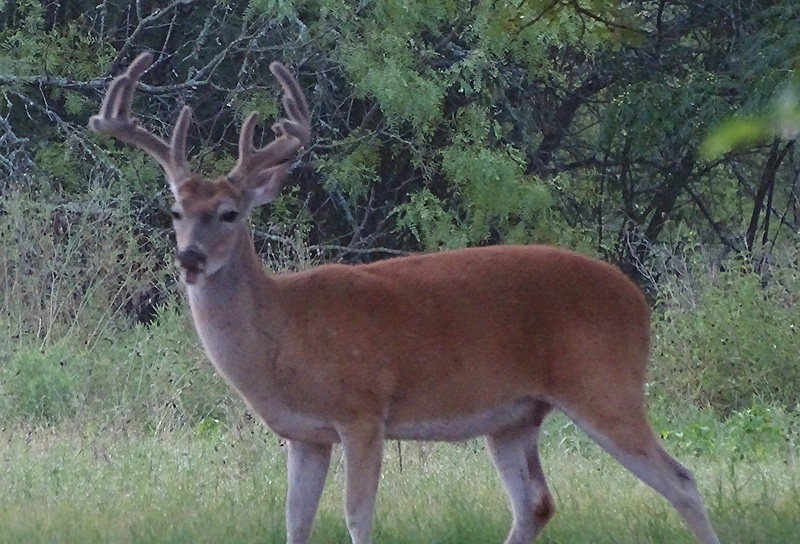 A doe browses along slowly in the high weeds. 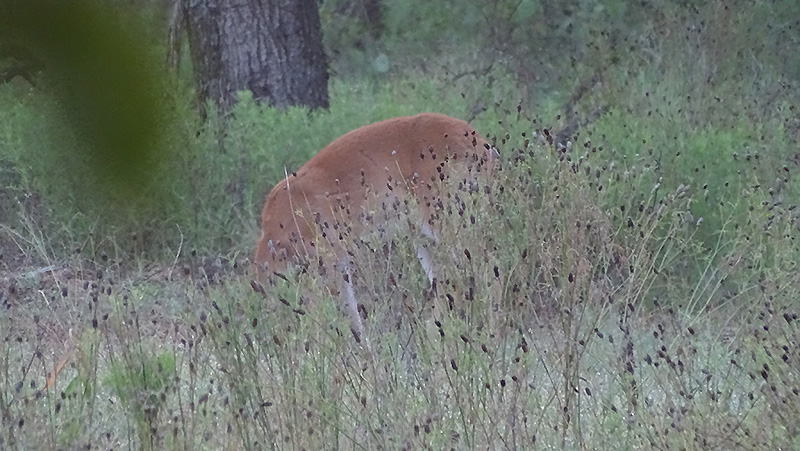 About 20 yards from the doe I see two fawns browsing along in the same group of weeds. 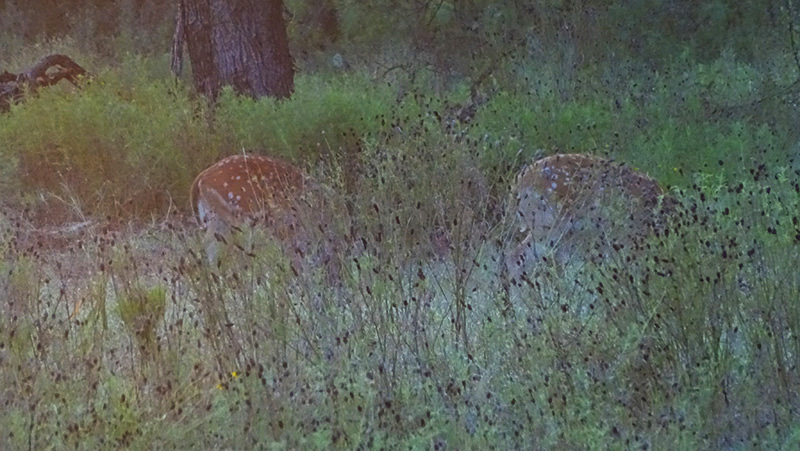 The doe stops and makes a squeaky grunt and one of the fawns hurries over to the doe and began nursing. The second fawn came soon afterward. 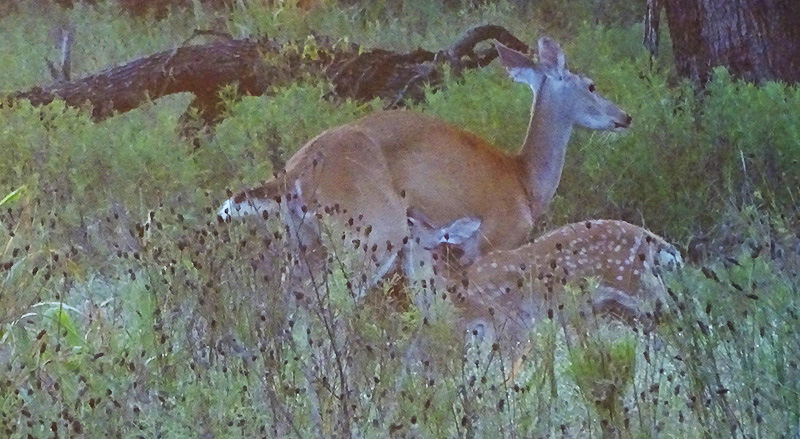 A different buck browses on the edge of the tall weeds. 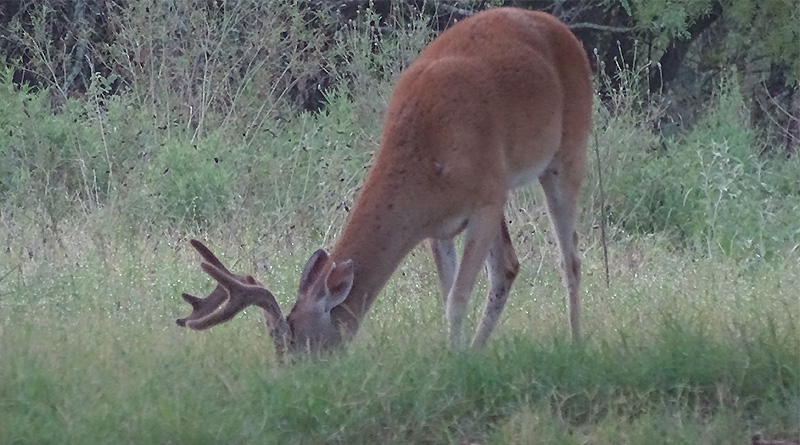 ‘Double Finger’ buck watches the activity around the area. 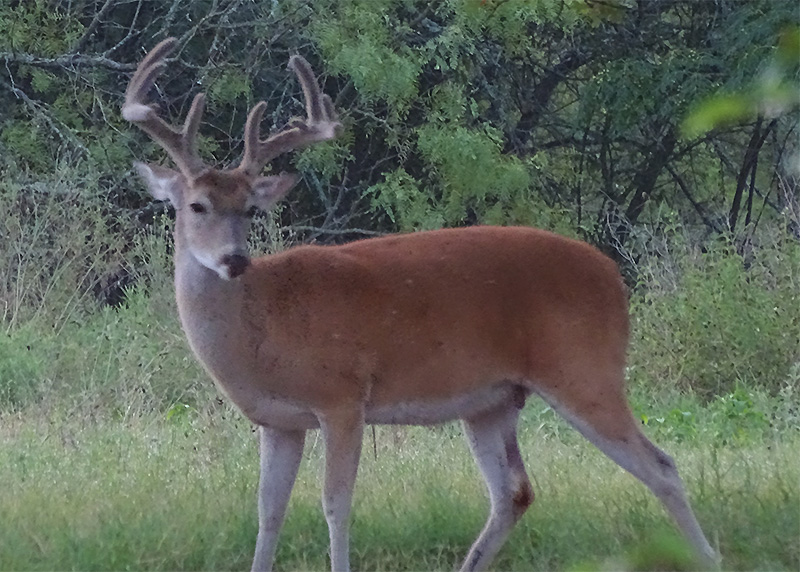 A buck browses into the open, right where the tractor turned around when Dwayne was plowing. 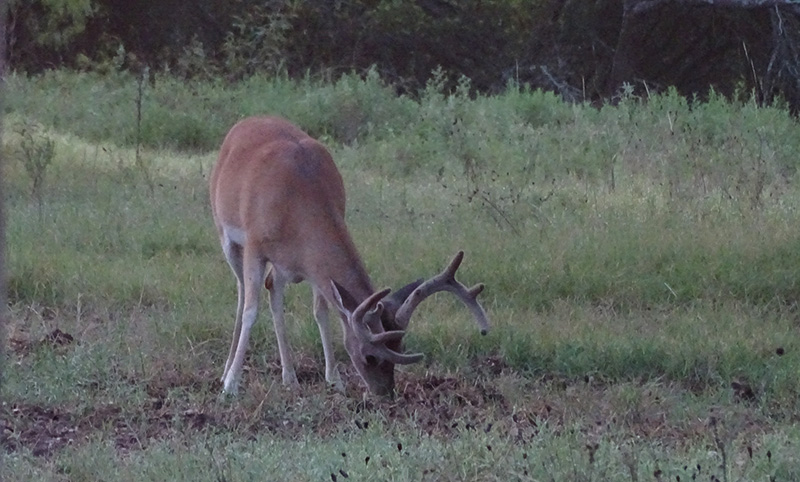 The doe with the two fawns also moves away from the weeds. 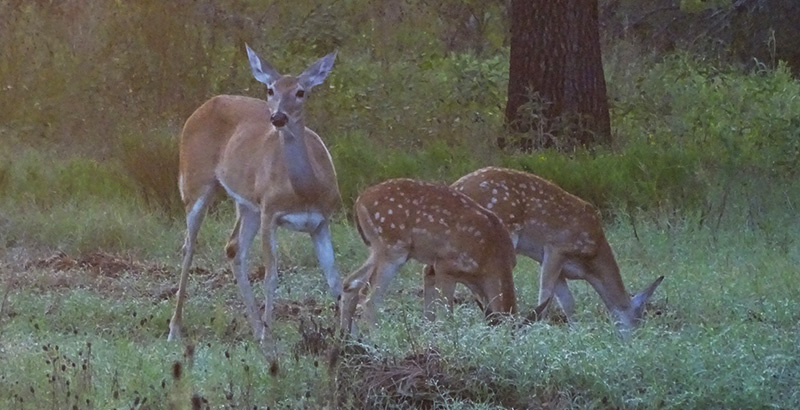 One of the fawns browses over by his buddies, two bucks. 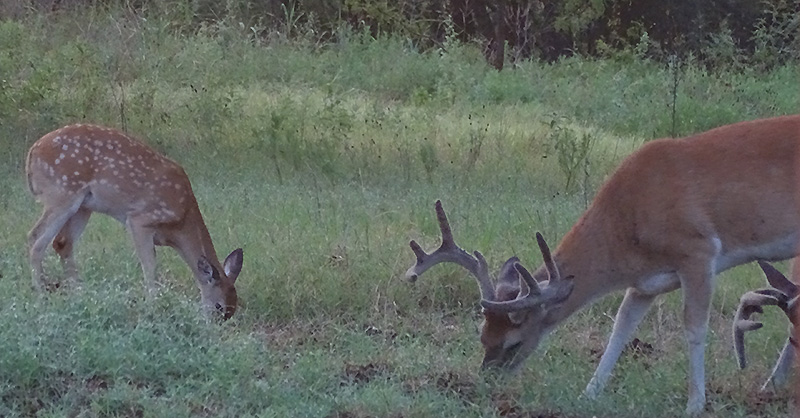 And that’s the story in the deer woods this morning. 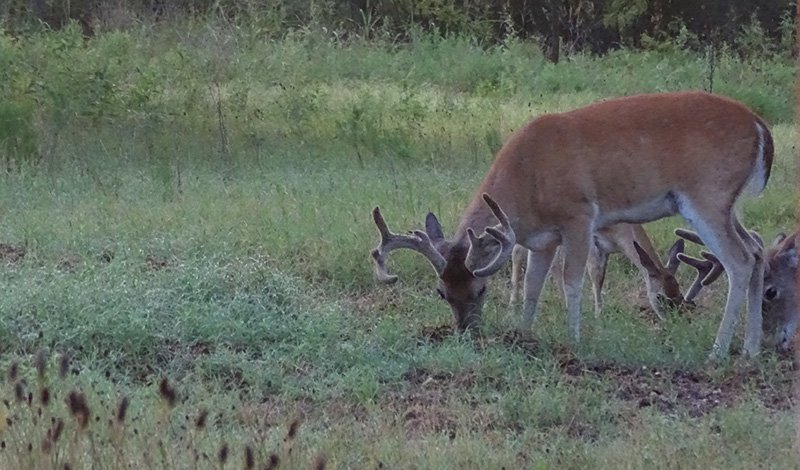 Another thing that happened last weekend, when Dwayne Glover plowed and planted my food plot area, was he helped me set up a Protein Feeder that I got from my buddy Rick Philippi. I put a game camera on it and I’ll get to reporting on what happened there, so far.